Distance Drove Them Apart, But This Dog And Donkey Share An Unbreakable Bond

In 2013, Traolach Ó Buachalla, from Dublin, Ireland, took his pup Buster to the beautiful Dingle Peninsula. The area is rich with green fields and blue skies. While there, Buster met someone very special, a donkey named Jack. 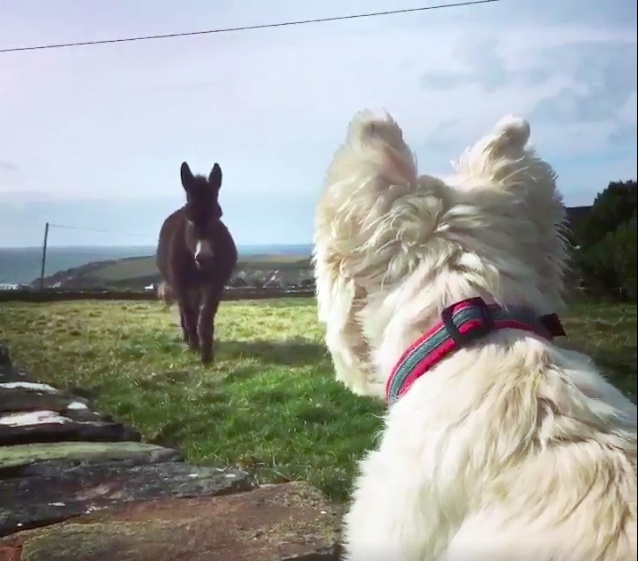 The pup and donkey shared an instant connection, which was quite surprising since Buster didn’t care for other dogs or animals. 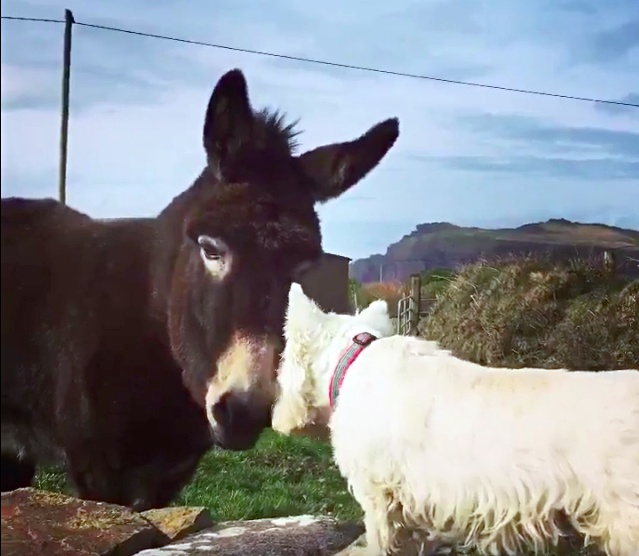 What made it even more special is that the bond lasted, despite being apart. Year after year, Buachalla came with Buster to the same field in the Dingle Peninsula, and Jack would see Buster from across the way and knew that this was the dog that he had been waiting to see! Watch as Buster’s tail says it all!

When buster the dog and jack the donkey saw each other again after a year apart. #trueromance #gaeltachtromance #irishcollegefling pic.twitter.com/saGmtK1KaG

Even when Jack got a special girlfriend-donkey named Jill, the bond remained, and Jill accepted Buster into the fold. So sweet!

Jack now has a girlfriend named Jill, who thankfully also has the hots for Buster. So all is well in the world. #trueromance #thruple #grá pic.twitter.com/BSfDUxKecj

The adorable trio share something that humans may not (ever) fully understand and that’s okay because we get to witness it and be inspired by it. And hopefully… learn from it!