Hurricane Irma sent thousands heading for shelter outside of the storm’s path, humans and animals alike. Those who were not able to evacuate in time were warned to board up their windows and prepare for the worst.

While a woman in central Florida was readying her property for the storm, she saw a small white dog. With her camera out, she called for the malnourished stray, which ran right over.

The woman posted the rest of the story to Imgur.

“While I was out prepping our yard for big Irma badness here in central Florida, I saw this sweetie across the street. I called to her like I would any dog, and she cautiously walked over,” she wrote. “Even looked both ways before crossing the street. She’s a smart cookie. She let me pet her a bit but looked pretty nervous at any loud noises or if I moved too fast.” 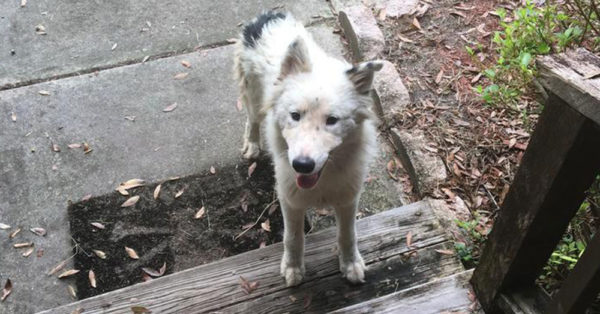 “I went inside and got her a bowl of dog food and some water,” she continued. “She scarfed it down with such ferocity. She went through three bowls of food and two cups of water before taking a breath. And each time I went back in the house she waited patiently for me to come back out.” 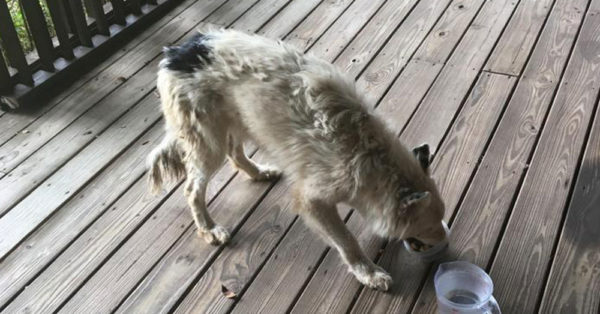 “She got pretty snuggly after being fed. As fas as even putting her paw on my arm and dragging it back to her chest whenever I paused for a moment. Look at that smile. I knew I couldn’t leave her outside with the storm coming so I held the door open and asked if she wanted to come in.”

The dog hesitated for a second, then came inside where a dog and two cats were waiting to greet their new friend. 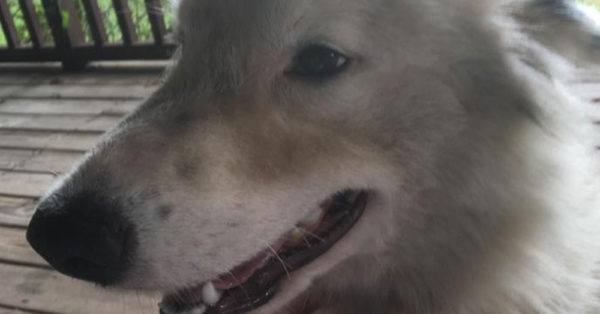 “That’s when I really got a good look at her. She was filthy and smelled to high heaven. Almost every bit of her fur was matted with dirt or feces,” the woman wrote. “She wouldn’t let me touch her ears but I could see massive matts behind them that had to be so painful too. I even discovered that she had sat in tar at some point and she was very cautious of me going anywhere near that side of her body.” 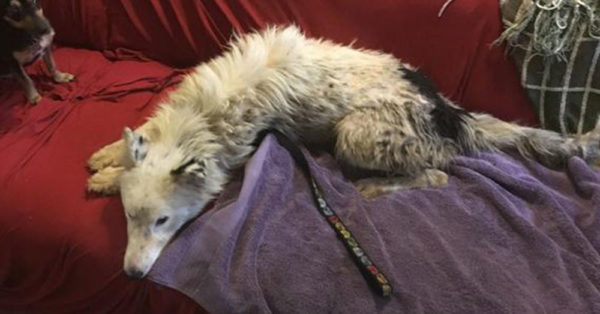