Deputy Melanie Merritt has known bloodhound and K9 officer Invey since she was just a puppy. They’ve been training together and working together for years for the St. John’s County Sheriff’s Office in Jacksonville, Florida. It was Invey’s job to track down missing children and wandering dementia patients and bring them safely home to their families. Her giant ears served to sweep scents up off the ground, better enabling her nose to pick them up.

And, as you might imagine, over the years, Merritt and Invey developed the kind of bond that’s unbreakable, even in the face of death. So Merritt was understandably upset when the dog was diagnosed with hemangiosarcoma of the spleen, a type of incurable cancer. Vets told her that the dog would not live to see another year. 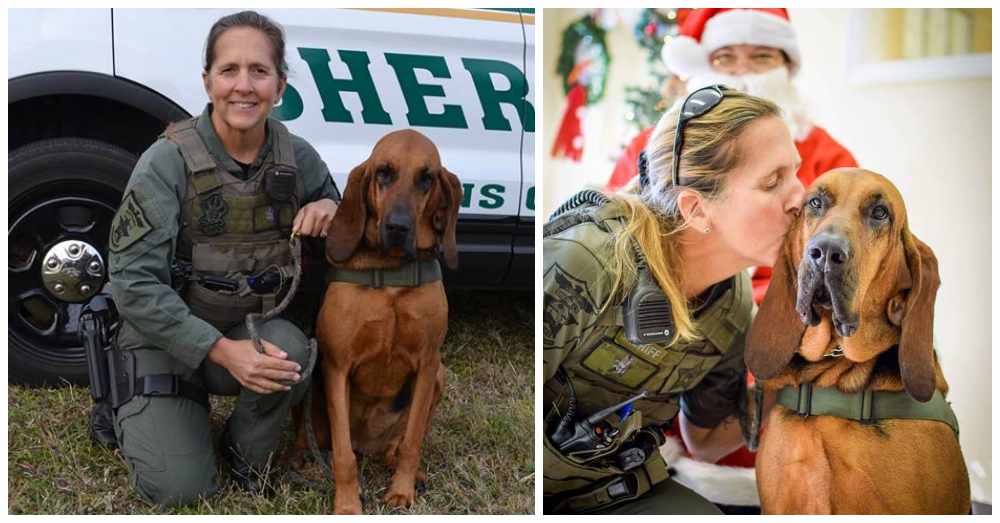 Invey underwent surgery to remove the tumor, but Merritt didn’t want her to have to suffer through chemotherapy in an attempt to prolong her life. It would likely have just been too much to take for the seven-year-old bloodhound. So instead, Invey’s cancer continued to spread, eventually invading her lungs. 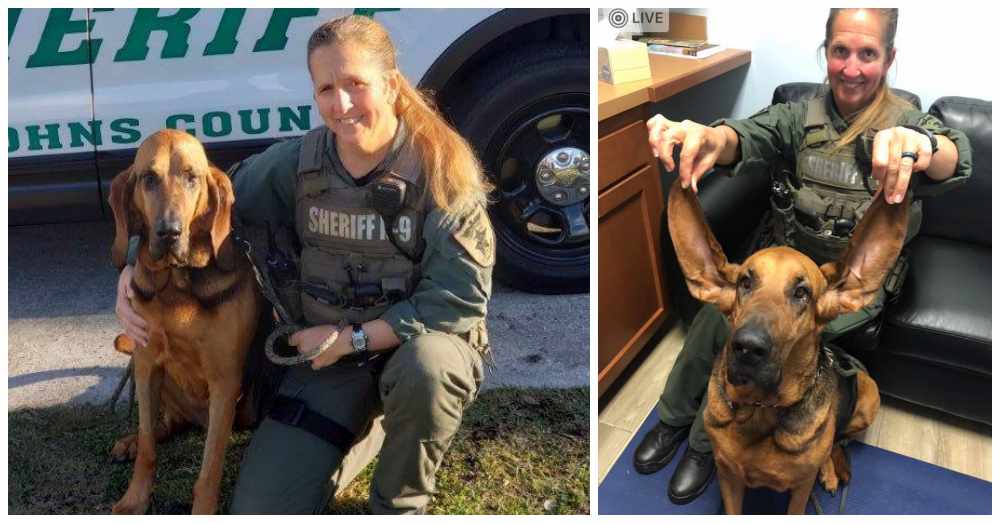 But for months afterward, Invey insisted on continuing to show up every day for work. For most of the time between her diagnosis and her death, she didn’t even seem to know she was sick. 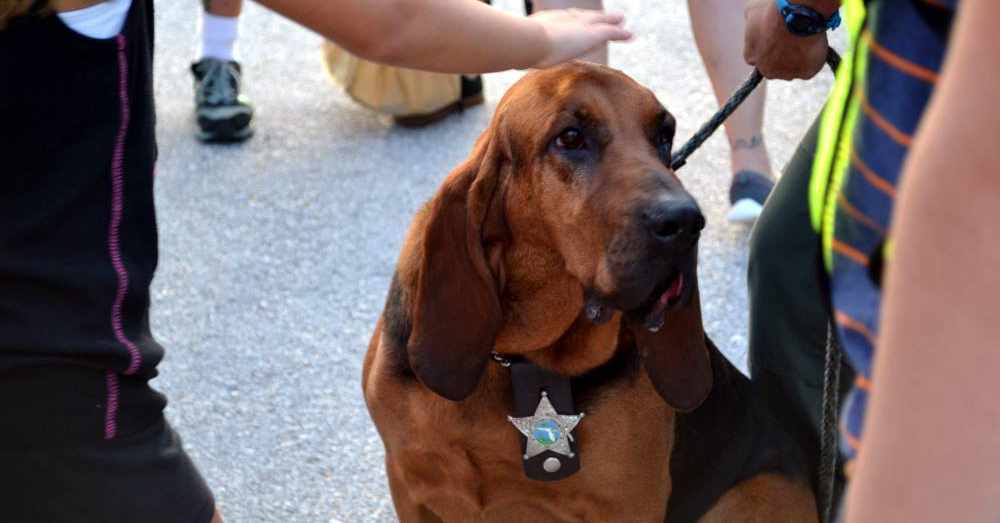 “She wants to work. She’s still very active. She pulls me out the door wanting to go,” Merritt said just a few weeks before the sad incident.

But Invey had to slow down eventually and succumb to her disease. Merritt reached out to First Coast ABC News, where reporter Jeannie Blaylock had covered the dog’s tragic story while she was still active and happy, to break the news. 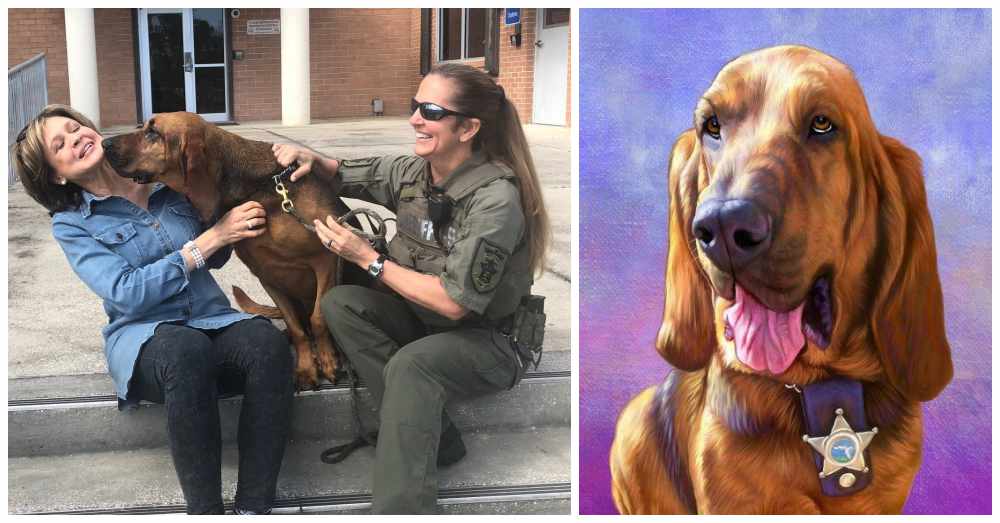 “Invey passed away this morning,” Merritt said. “She was unable to get out of bed and has not been eating. I knew she was telling me it was time to let her go. Hardest thing I have ever done. Thank you for taking interest in my sweet girl and this rough journey. It was 3 months exactly today since she was diagnosed.”

It has been hard for Deputy Merritt to move on, starting from the moment she first got Invey’s terminal diagnosis. She’s learning to heal, however, and pouring herself into her work, which now includes training a new friend, another bloodhound named Hope, to carry on the work Invey left behind. 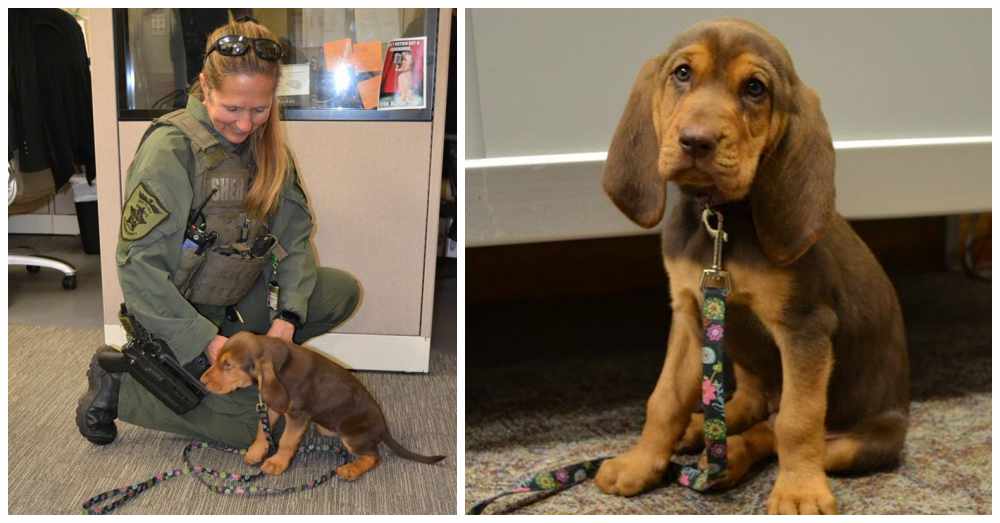 Rest in peace, Invey. You did a great job and were well-loved in life, and you’ll continue to be remembered for years to come.

Check out the video below to learn more about Invey’s beautiful life on the force and how she’s being honored since her passing.

Man With Alzheimer’s Lights Up Whenever He Sees The Family Dog: Click “Next” below!