Hope for Paws, animal rescue in California, received an urgent call to rescue a badly injured pit bull type dog. When the rescue team arrived they were concerned because the dog was laying next to railroad tracks. They found out the tracks were active.

They needed to move fast to rescue the dog before a train arrived. One of the rescuers slowly approached the injured dog. However, the dog was not sure of the stranger and started to run away. That is when the rescuers noticed his wounds. 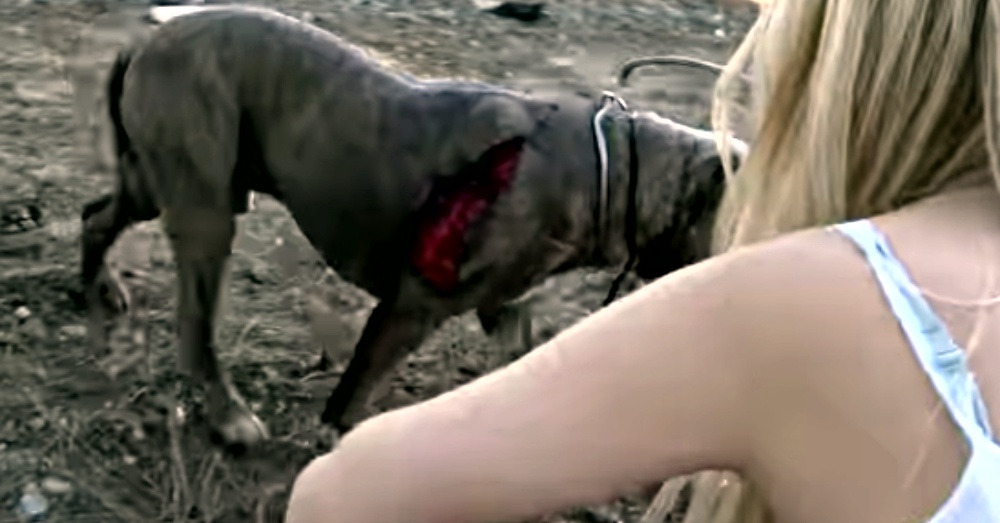 He had a large gash on his shoulder exposing his muscles. He traveled down the tracks trying to escape, but was finally caught with a gentle snar. They gently loaded him into a crate and brought him to a vet for an evaluation. 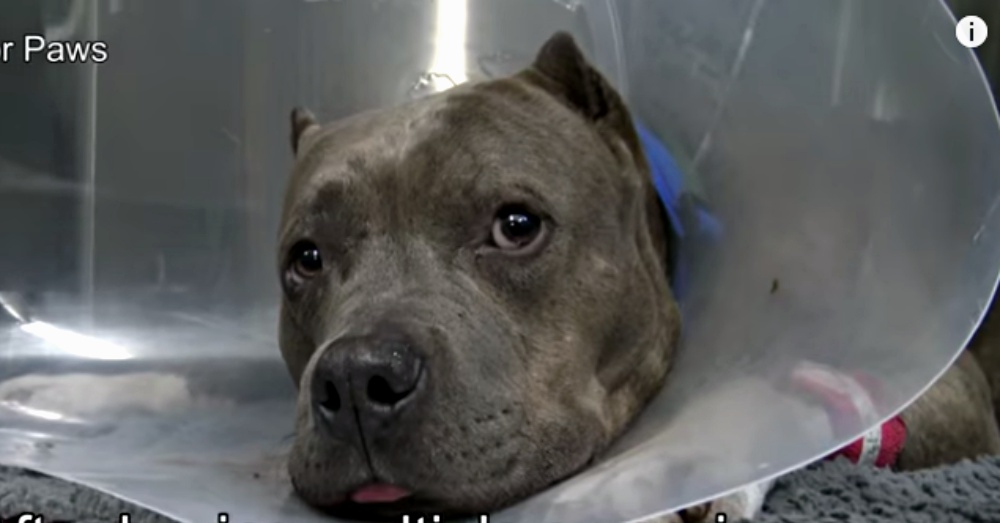 Hulk, as he was later named by the rescuers, ended up having a a broken jaw and shattered teeth, and torn muscles that needed immediate surgery. After multiple surgeries to repair all the damage, Hulk was on the road to recover. The guess was that Hulk was hit by a car and went to the tracks to hide. 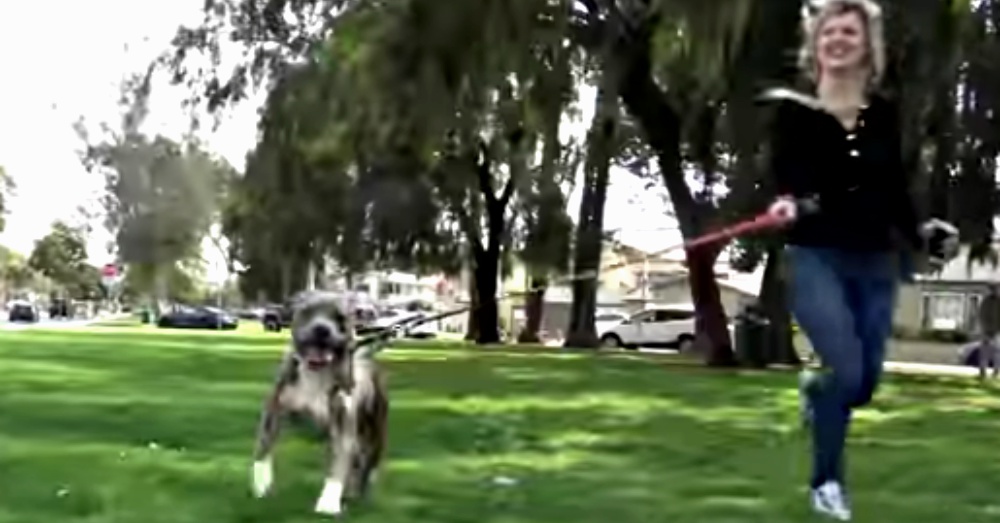 Hulk immediately recognized the woman who helped him and thanked her with kisses and cuddles. He is a sweet boy who loves to cuddle and go for walks.

Luckily, Hulk made a full recovery and is now enjoying life in a foster home. Paw Prints In The Sand is fostering Hulk until he finds his forever home.

Dog Rescued From Death Row Shows His Gratitude In Viral Photo: Click “Next” below!