The free world cheered upon hearing that U.S. commandos tracked down and killed infamous ISIS leader, Abu Bakr al-Baghdadi, in a stealth raid.

Now, President Trump has revealed that a military K-9 was also integral to the mission, dealing a crippling blow to the world’s most infamous terror organizations.

“We have declassified a picture of the wonderful dog (name not declassified) that did such a GREAT JOB in capturing and killing the Leader of ISIS, Abu Bakr al-Baghdadi!” Trump wrote on his Twitter feed. 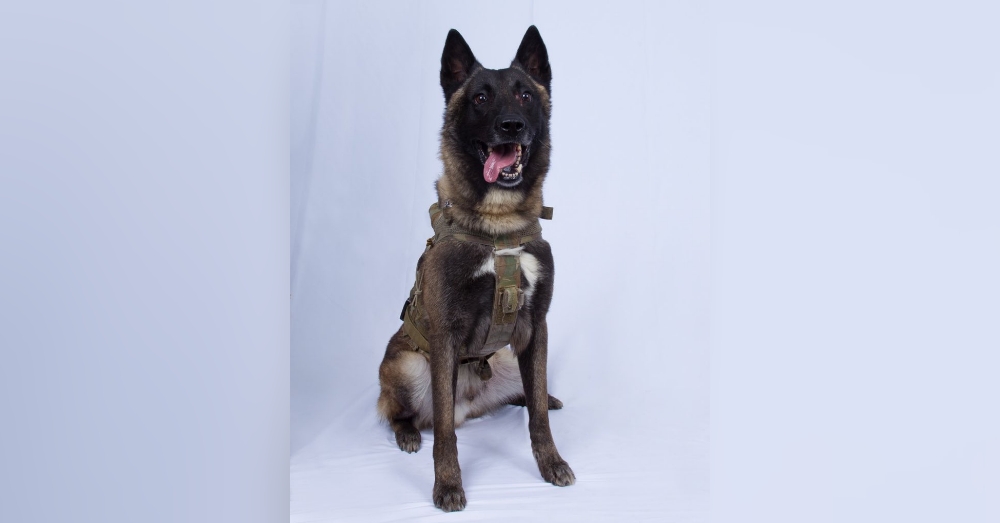 Military officials have also confirmed the dog’s crucial role, while declining to provide the brave animal’s name or breed. Nor do we know much about the K-9’s specific actions in the raid, although we can assume s/he used that sense of smell to track down the notorious killer.

When al-Baghdadi realized he was cornered, he fled from his compound into a nearby tunnel, where he ignited a suicide vest. The explosion, which killed al-Baghdadi and three of his children, reportedly wounded the K-9 officer.

We have declassified a picture of the wonderful dog (name not declassified) that did such a GREAT JOB in capturing and killing the Leader of ISIS, Abu Bakr al-Baghdadi! pic.twitter.com/PDMx9nZWvw

“We’re not releasing the name of the dog right now,” Army General Mark Milley, chairman of the Joint Chiefs of Staff, told reporters, lauding the animal’s bravery. “The dog, the K-9, the military working dog performed a tremendous service as they all do in a variety of situations,” Milley said.

Thankfully, this brave pooch is “fully recovering” and already back to work, according to Milley, describing the canine as “slightly wounded.” Regardless, we’d like to thank this brave dog (and everyone else involved in this daring operation) for his or her service, and for making this world a safer place!