Animal cruelty is typically considered a crime, but in the form of “foot-hold” or traditional “leg-hold” traps, it’s still practiced without punishment in 40 states.

These traps snare an animal by the leg once they’ve reached in to grab bait. They have been traditionally used by fur trappers, as the mechanism does not harm the majority of the animal’s fur. Once trapped, the animal is unable to eat, drink, return to their nest or babies, find shelter, or defend themselves from predators.

As Fur-Bearers reports, all leg-hold traps are designed with the same intent – to restrain a desperate, terrified and struggling wild animal who is trying to escape.

“The real problem with leg-holds, despite their best possible design, is how wild animals behave in the trap once captured,” Fur-Bearers maintains. “Animals will do anything and everything to escape – thrash, twist, sommersault, chew at their limb, bite the metal trap etc. – this is where much of the trauma and cruelty occurs.” 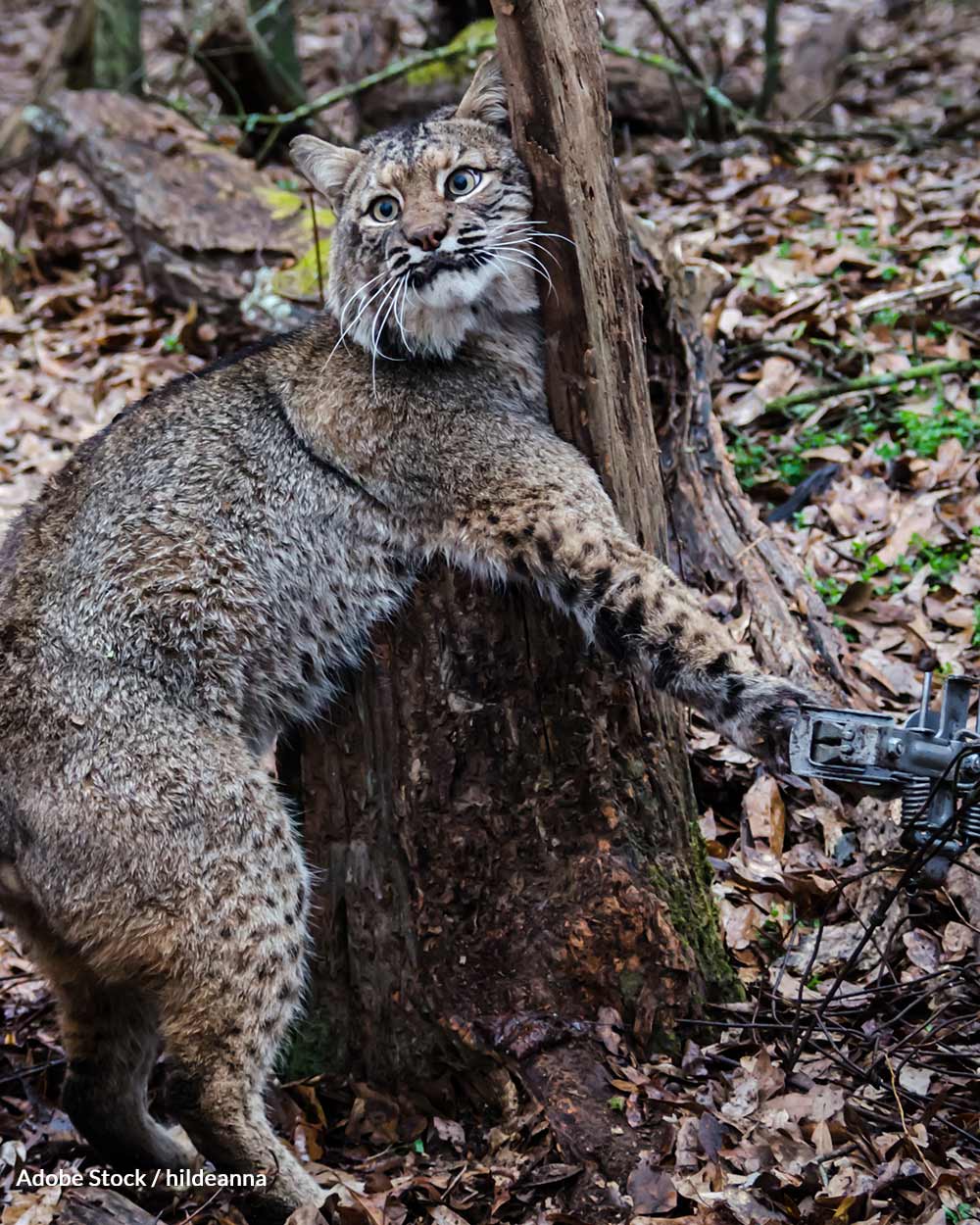 A bobcat trapped in a dangerous foot-hold trap.

Leg-hold traps are not designed to break an animals’ bones, which would actually enable an animal to escape.

“The animal endures a painful and panic-filled wait until they either die from exhaustion, blood loss, dehydration, hypothermia, or are clubbed, choked or stomped to death by the trapper (so as not to damage the pelt),” the Association for the Protection of Fur-Bearing Animals (AFPA) reports.

In the hours – and sometimes days – after they’ve been trapped, many of these animals resort to chewing off their own limbs in order to get free. 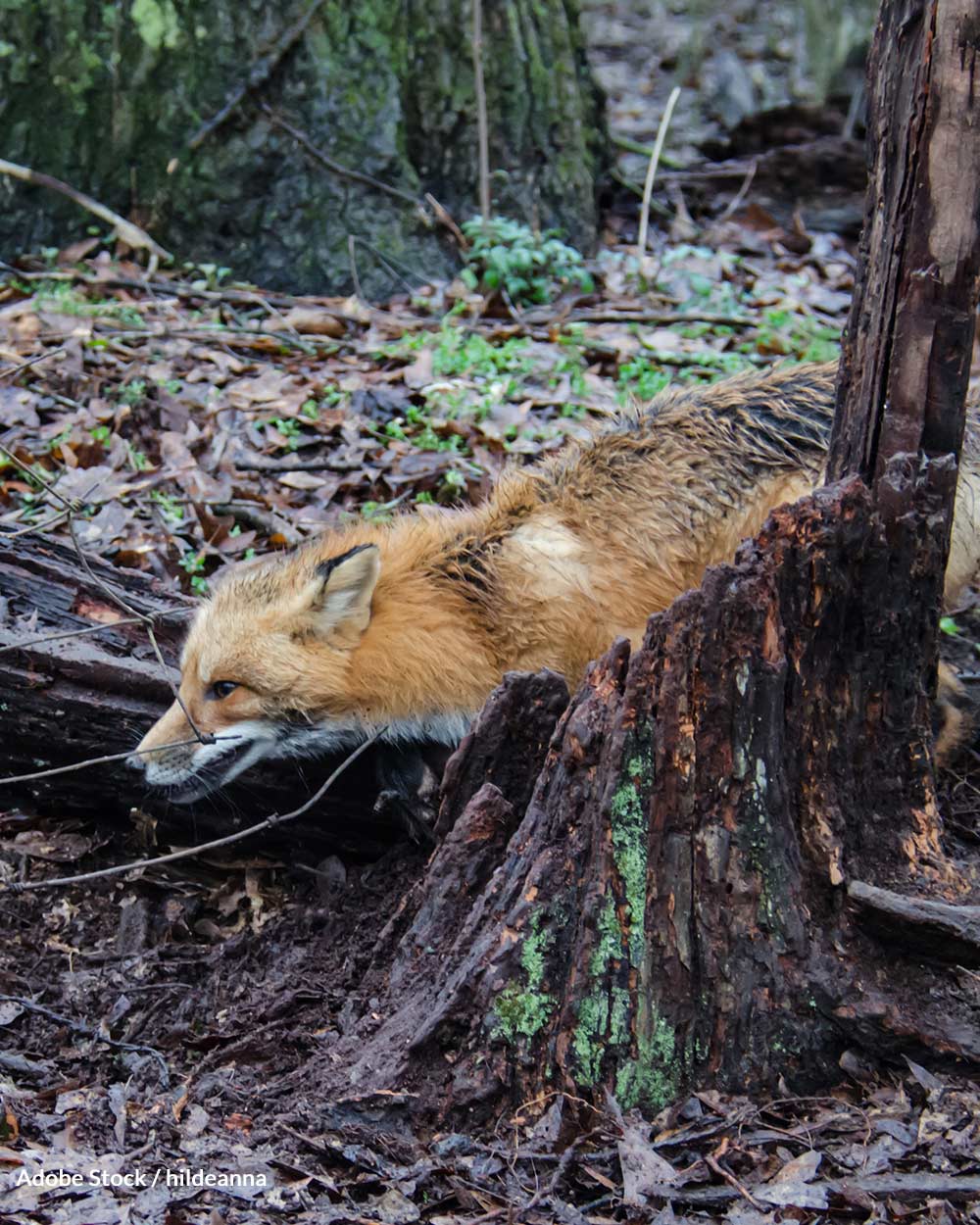 A fox trapped in a foot-hold trap.

“There’s no way you can modify a leg-hold trap in a way that won’t cause extreme trauma to the animal,” Animal Welfare Institute president Cathy Liss told The Dodo. “You have a device that is slamming onto the animal’s limb, and it’s going to hold them in a vice-like grip, severely restricting or cutting off circulation.”

Each year, millions of animals are killed for their fur in the United States, the Animal Welfare Institute reports, and many suffer prolonged deaths in traps. 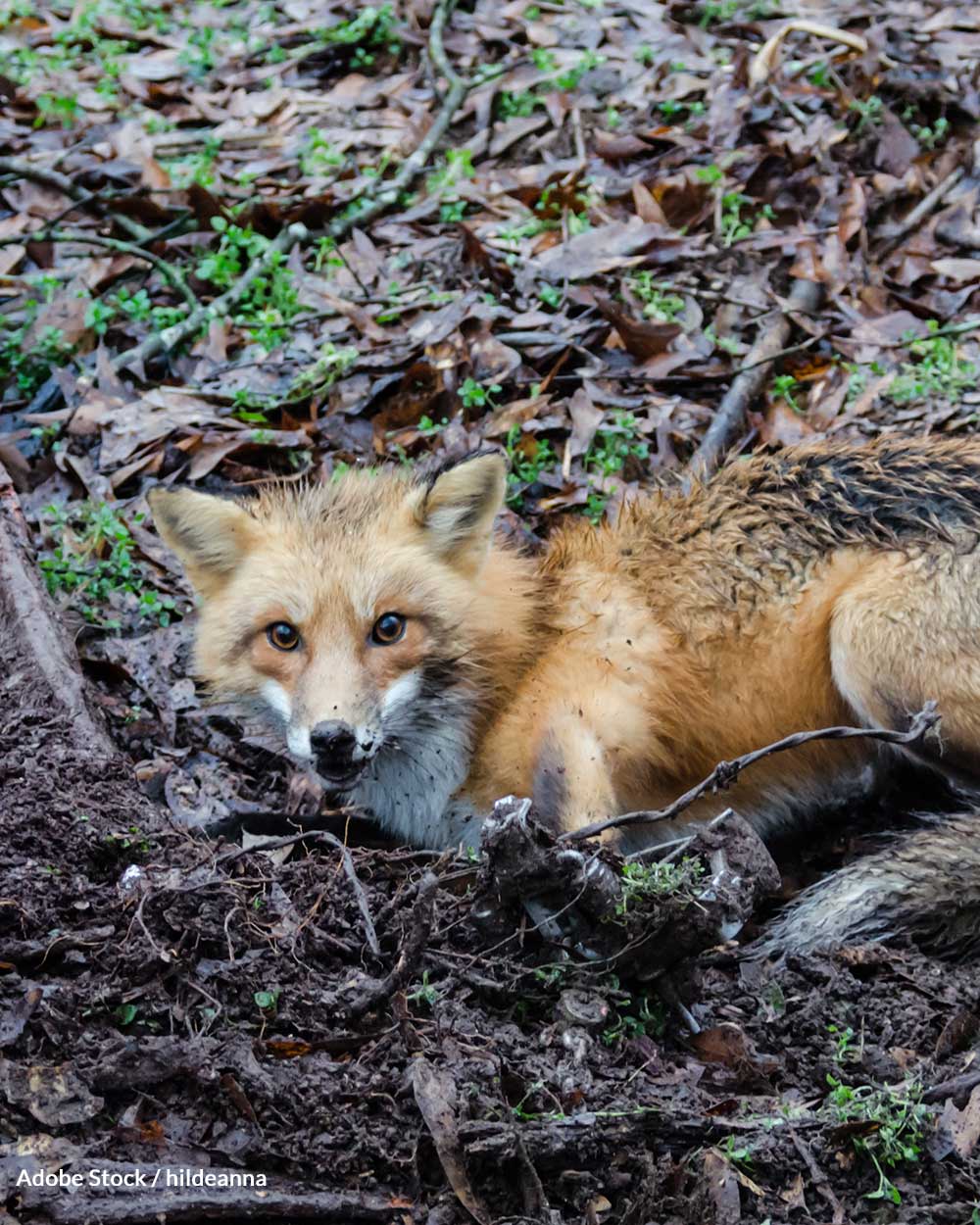 In 2010, at least  4.9 million furbearering animals were killed by these traps. The following year it was 6.8 million, and those estimates are conservative the Association of Fish and Wildlife Agencies (AFWA) compiled them using data from state game agencies, some which do not submit data to AFWA. 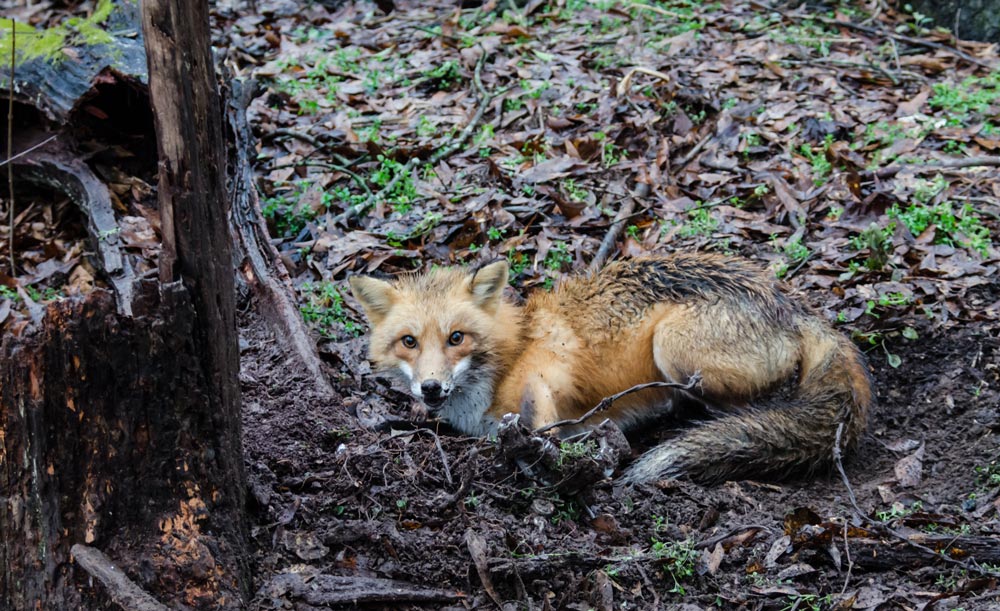 Source: Adobe Stock/hildeanna
Foot-hold and leg-hold traps are banned in at least 80 countries and 8 states.

This atrocious method of trapping animals has been banned in 80 countries. In the United States, however, only 10 states have banned or restricted their use. These states include:

According to WHDH 7 News Boston, even though the traps are illegal to sell in these states, they can sometimes still be used. And because foot-hold and leg-hold traps cannot be accurately targeted, pets are occasionally victims of unsupervised traps, and can suffer mortal injury.

In October 2020, a cat in Massachusetts, where the sale of foot-hold and leg-hold traps is banned,  came home crying in pain with a trap clamped to his stomach.

“I was like, ‘Oh my god! I had no idea what kind of trap, I knew it was a trap. I couldn’t figure out how to open it,” the cat’s owner told WHDH. 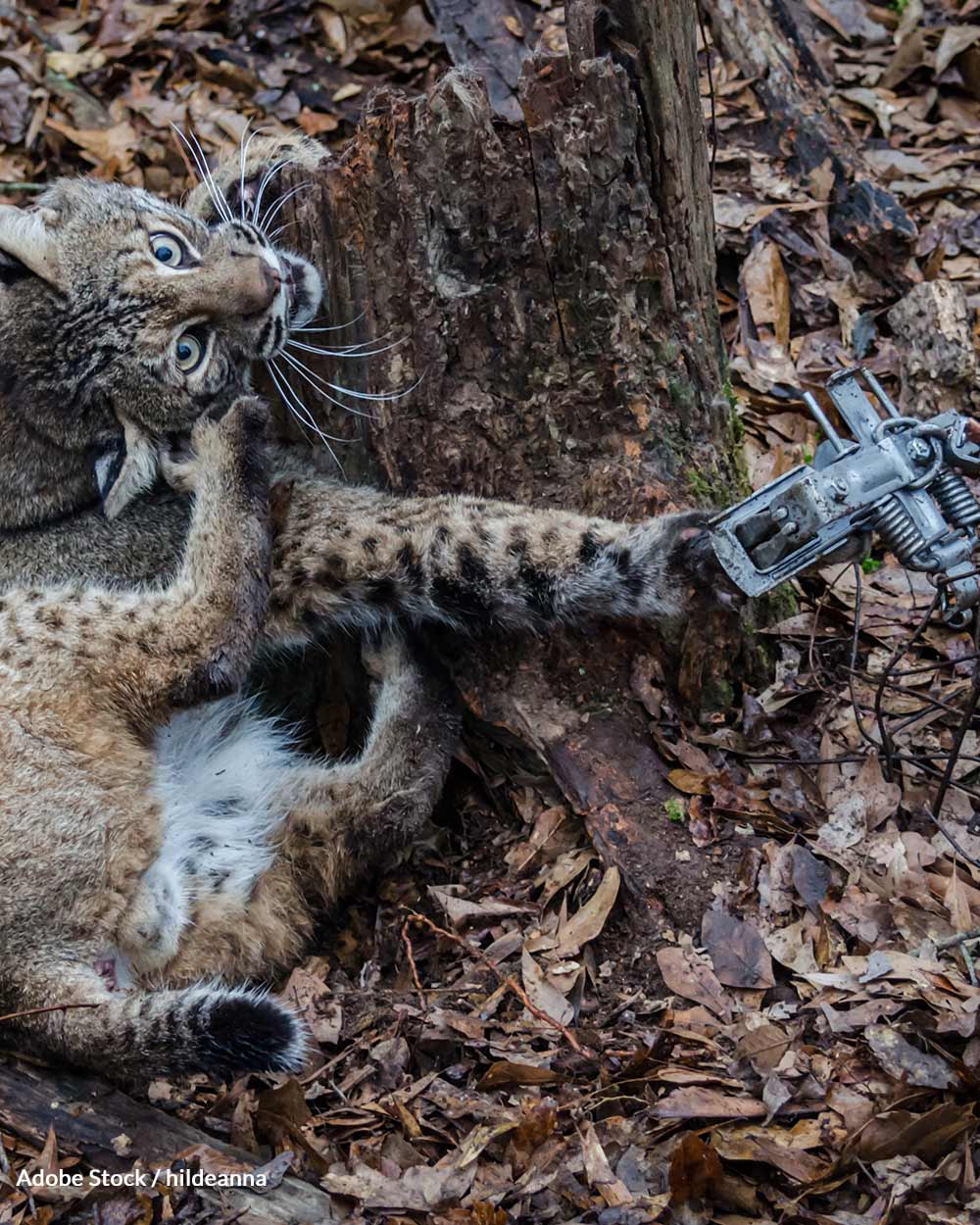 Millions of animals are killed by foot-hold and leg-hold traps every year.

Other pets have been maimed or killed by these traps, and until they are banned in all 50 states, the injury and death will continue. Stand up for animals. Click the button below to make a difference.

Ban These Traps and Stop the Suffering! Each year, millions of animals are killed for their fur in the United States.

Even pets are being killed by these heinous traps!

Demand that leg-hold and foot-hold traps be banned completely in the U.S.!