A Suspect Threw A Bomb At A Police K-9. That’s When His Partner Jumped Into Action…

Officer Tim Bergman of the Tampa Police Department has relied on his K9, Indo, since they became partners in 2011.

After responding to a burglary call, Bergman and Indo arrived at the scene noticing that they might be in danger. The suspect ended up igniting a flammable chemical while he was fleeing and tossed it at Indo as he was advancing towards the suspect, severely injuring him.

Although the flaming chemicals hit Bergman as well, he was protected by his uniform and vest. Bergman shot the suspect to stop him and immediately turned to Indo. 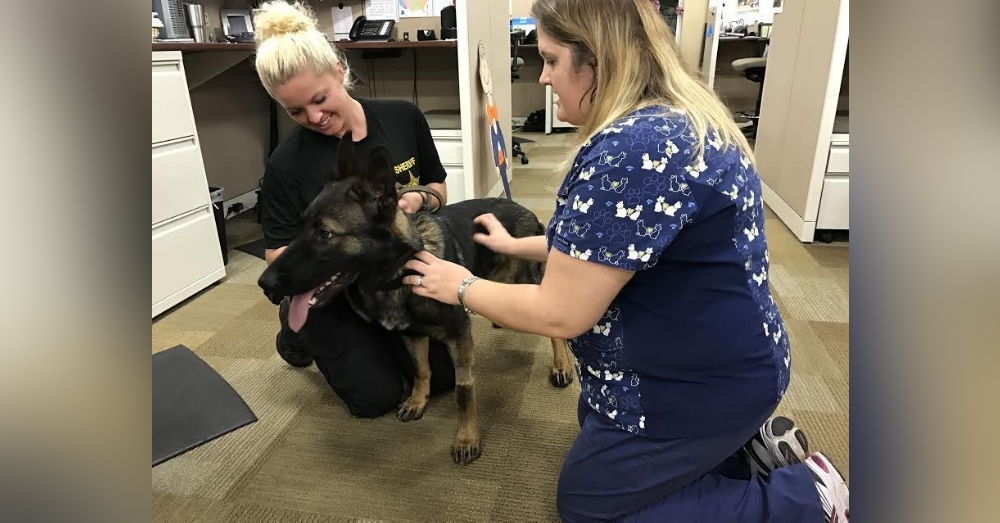 According to the Dodo, Indo was hyper and his face was covered with blood.

“At first I thought he was shot because there was a lot of blood, but then I could see he had been burned,” Bergman told The Dodo. “I used the kit to get the accelerant off and treat the wound and then rushed him to the vet. He’s my partner.”

The first aid kit used is special because specifically created for police dogs by Frankie’s Friends, a nonprofit that promotes educational campaigns.

Indo was rushed to the vet, where he was treated for burns to his face. He spent the next few weeks recuperating at home with Bergman. 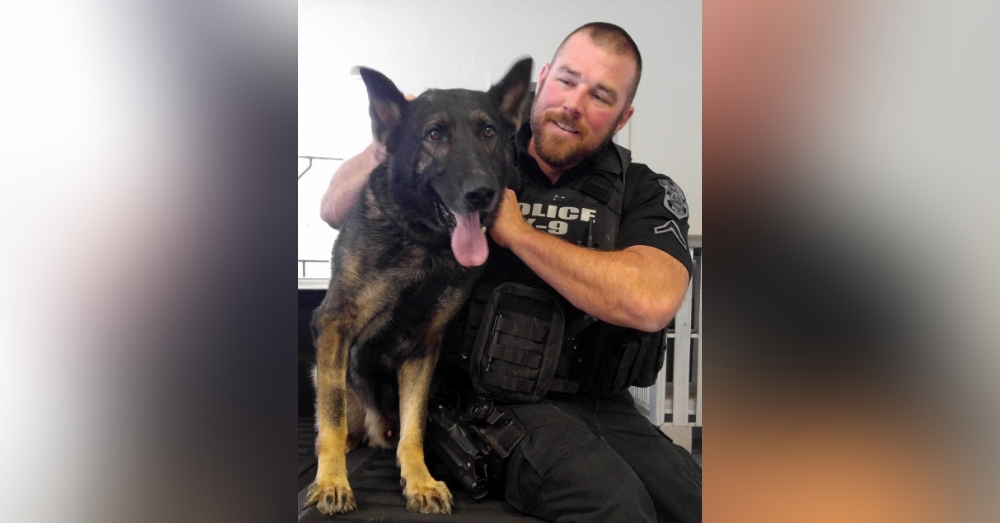 Bergman and Indo returned to work less than a month after Indo was injured on the job. Indo’s face bears scars from the flaming chemicals hurled at him that day, but his spirit is strong and his drive hasn’t changed!

Thank you, Indo, for keeping us safe!