Couple Moves Wedding Date Up So Dying Dog Can Be By Their Side.

As many pet owners can attest, animals have a way of becoming a real part of the family.

Five years ago, Estelle Harris of Derbyshire, United Kingdom, adopted a bull mastiff puppy she named Bruce. The two quickly bonded, and Estelle often refers to her now 5-year-old dog as her, “kid with four legs” and confesses that she loves him “more than anything.” 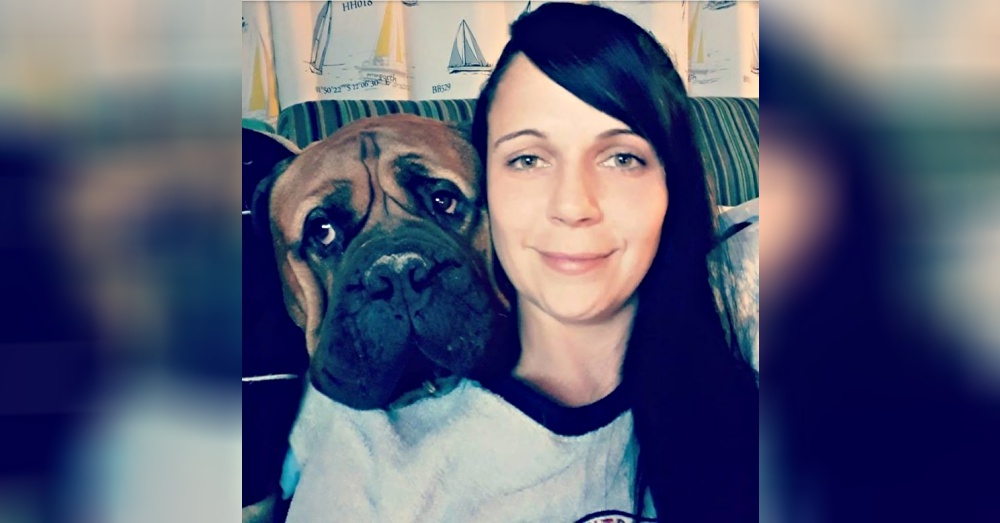 When Bruce was just a year old, Estelle met and fell in love with Daniel Harris. Daniel and their family adore Bruce as well, and when the couple began planning their May 4 wedding they knew that their dog would play a big role in the day.

Unfortunately, in December the family discovered Bruce had white gums and a blue tongue, so they rushed him to the emergency vet where he was diagnosed with pleural effusion. The vets set to work draining the fluid surrounding his lungs and heart, but not before warning the family that Bruce’s condition was critical and he might not survive. 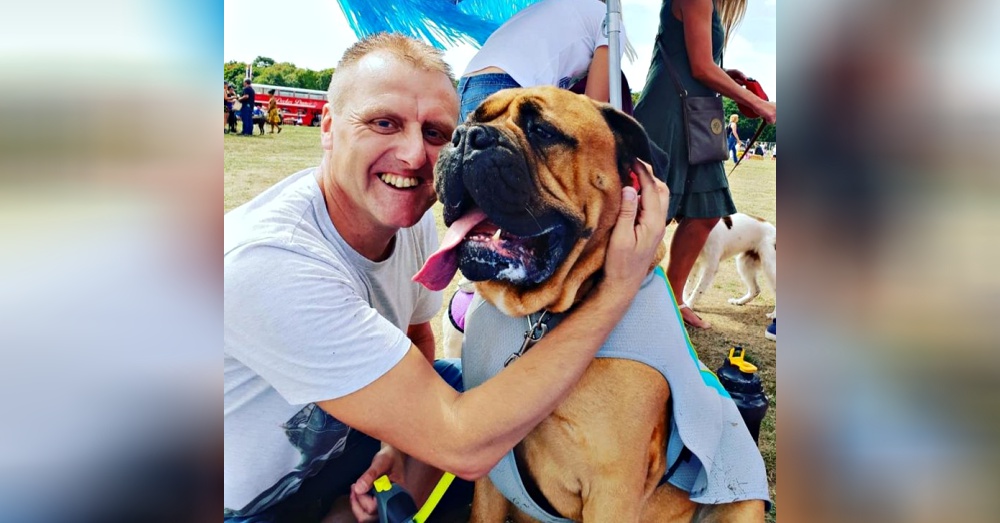 Bruce was sent for more scans, where a mass the size of a grapefruit was found in his chest. As the vets prepared to operate to remove the tumor, Estelle and Daniel were in pieces realizing they might have to say goodbye to their best friend.

“I was told to say bye to him over the weekend as he may not make it through the major operation,” Estelle said. “Monday came and he made it through the seven-hour operation and had to have some ribs removed due to the cancer mass.” 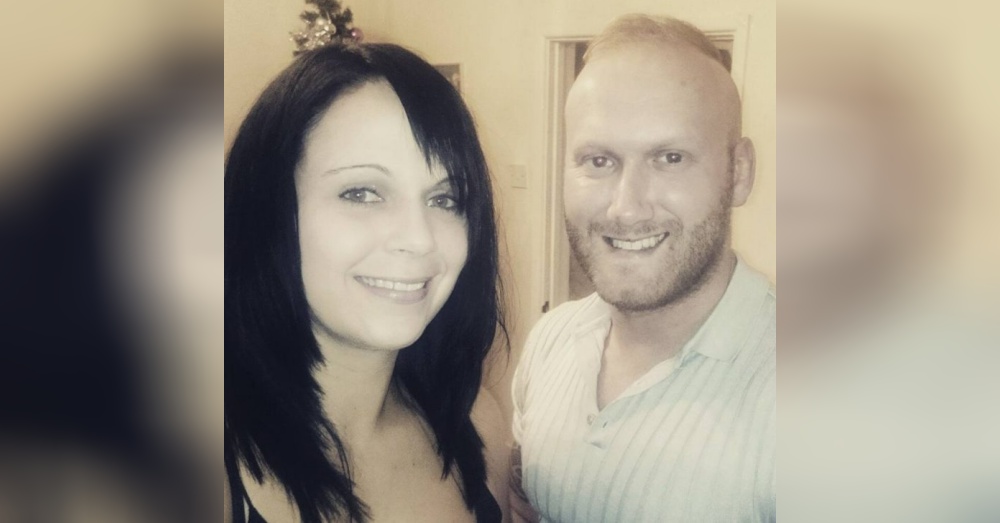 “We brought him home on Thursday as he had to stay in for the draining of the area with tubes in him,” she continued. “We got the results around a week and a half later. I remember it well. I fell to the floor as it was hemangiosarcoma, the worst cancer he could possibly have. This cancer is aggressive and fast and even with chemo he would only have six months the vet said. My whole world is falling apart knowing that he’s dying and there’s nothing I can do about it.” 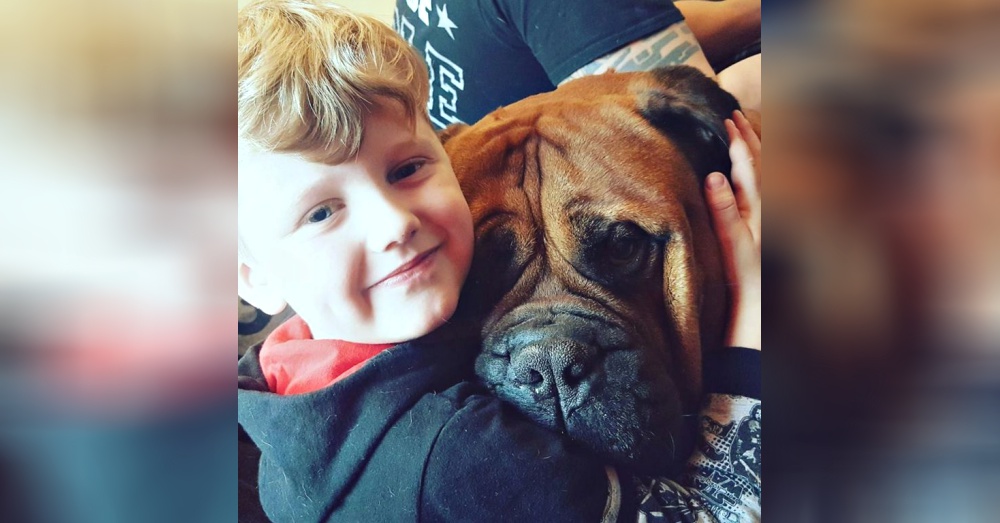 Once Estelle and Daniel heard Bruce’s bleak diagnosis, they knew they had to do something to ensure that their faithful companion would be by their side when they walked down the aisle. They immediately made the decision to move their wedding date up four months, throwing a new ceremony plan together in just three weeks.

“It was either change the date or not get married at all,” Estelle admitted, so they forfeited several deposits and apologized to the guests who couldn’t make the new date.

“Bruce is so funny and very much a mummy’s boy. Danny has two children, I have none. Bruce is my child, a four-legged one but I still love him as much as a human child. He’s my world and nothing will ever come close to me and Bruce.” 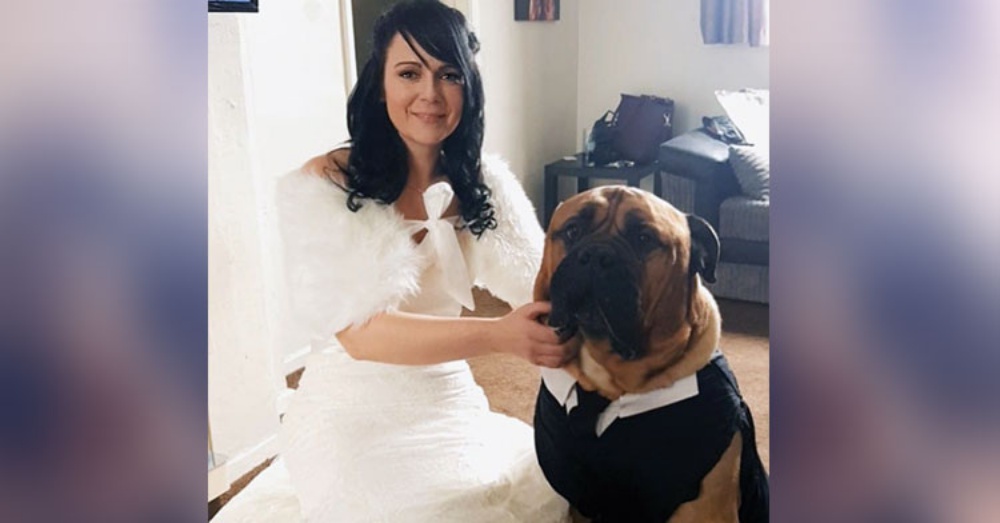 In February 2019, Estelle and Daniel went to Burton’s registry office to tie the knot, and a very dapper-looking Bruce was right there to witness the big event. Estelle’s mom even made Bruce his very own waistcoat to match Danny’s.

“It was important to have him in my photos. Our families totally understood as they are all dog lovers and know how much Bruce means to us,” Estelle said. 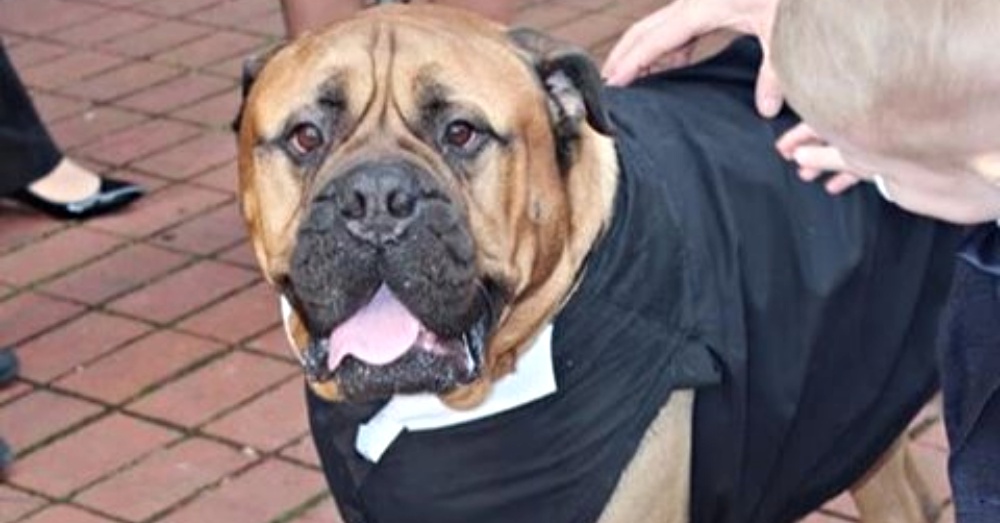 According to the vet’s prognosis, Bruce currently has two more months to live, but Estelle will never lose hope. She’s put the dog on a holistic path of treatment that includes diet changes, and she says he’s doing “really well.” They’re even hoping that he lives long enough to accompany the family on the vacation to Cornwall this year. 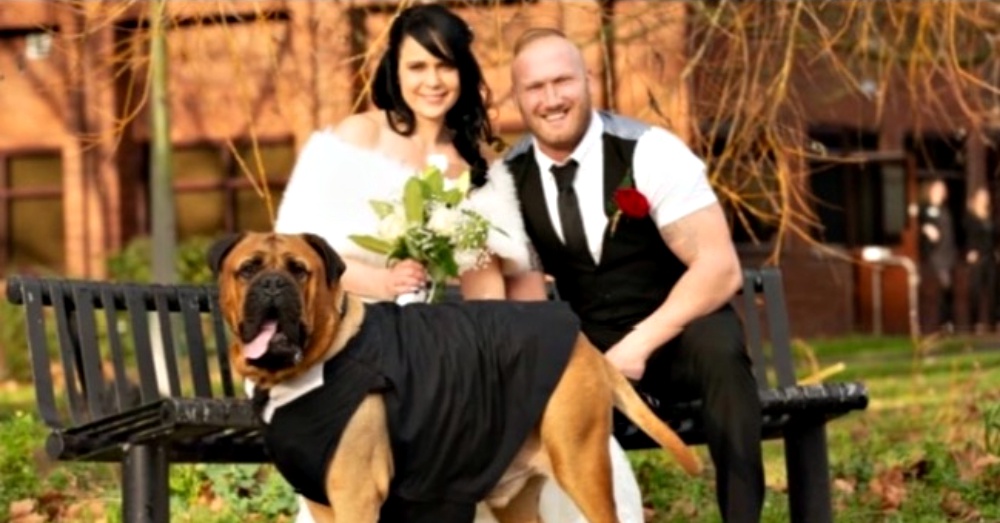 No matter how much longer Bruce has to spend with his family, they will always have the memories of how he looked on their wedding day. Estelle and Daniel say they have no regrets about changing their date, even though they lost money and gained stress by doing so. It was all worthwhile to have their beloved family member by their side.

Man Breaks Down When He Realizes His Foster Dog Is Staying With Him Forever: Click “Next” below!