2 Dog Moms Join Forces To Care For 9 Stray Puppies In An Alley.

Not much is cuter than rescued puppies – except maybe a dog-family with nine puppies.

Dog mamas, Thelma and Louise, were found on the street alongside their combined nine puppies. But the unique part about the little family is their very special bond. 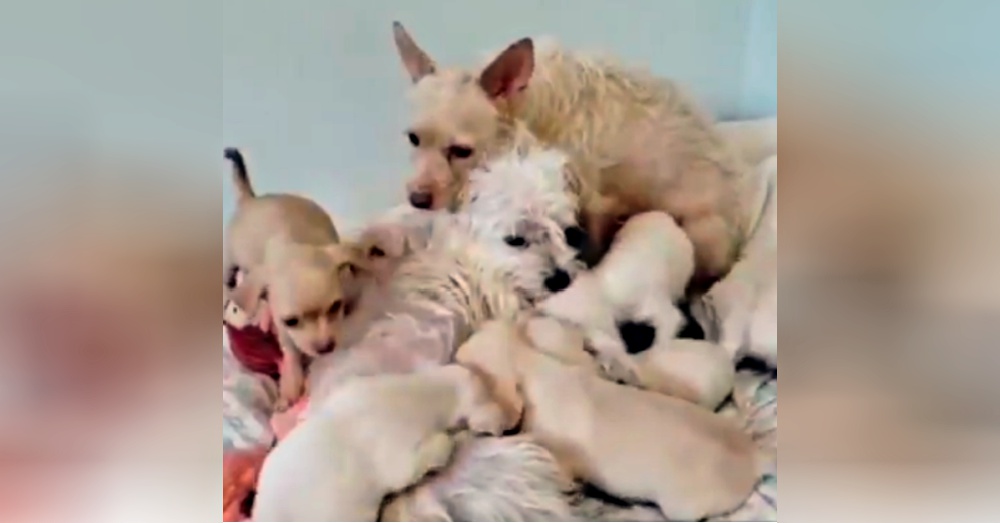 According to the Northwest Dog Project, their bond is so strong that there’s no real way to separate the unique family. It’s nearly impossible to determine which puppy belongs to which mom. In fact, the pair treats each other’s puppies as their own, and even take turns nursing the dogs.

The puppies all seem to view both dogs as their moms, and each other as siblings so the shelter decided to keep the 11-dog family all together. 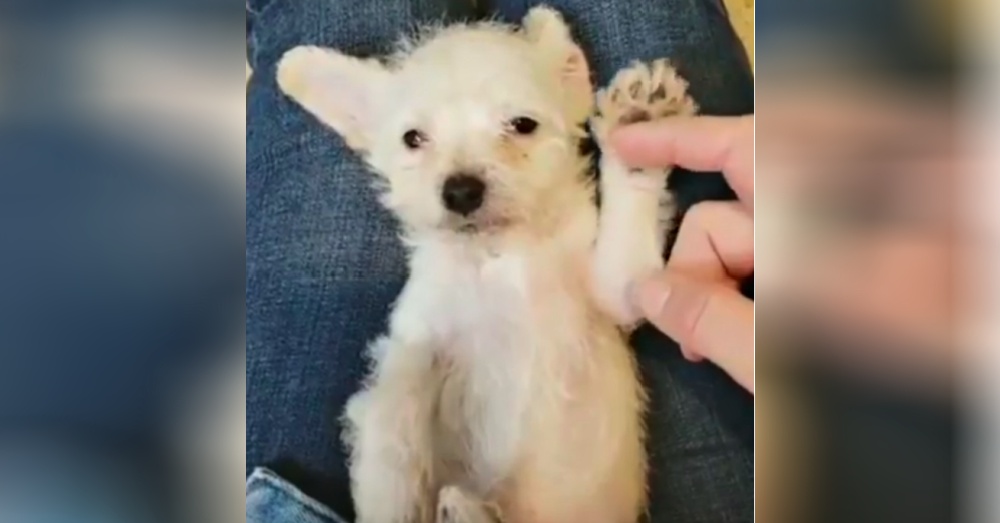 Thelma and Lousie must have given birth to their pups around the same time, and developed a supportive friendship as they fought to survive in the alley where they were found.. 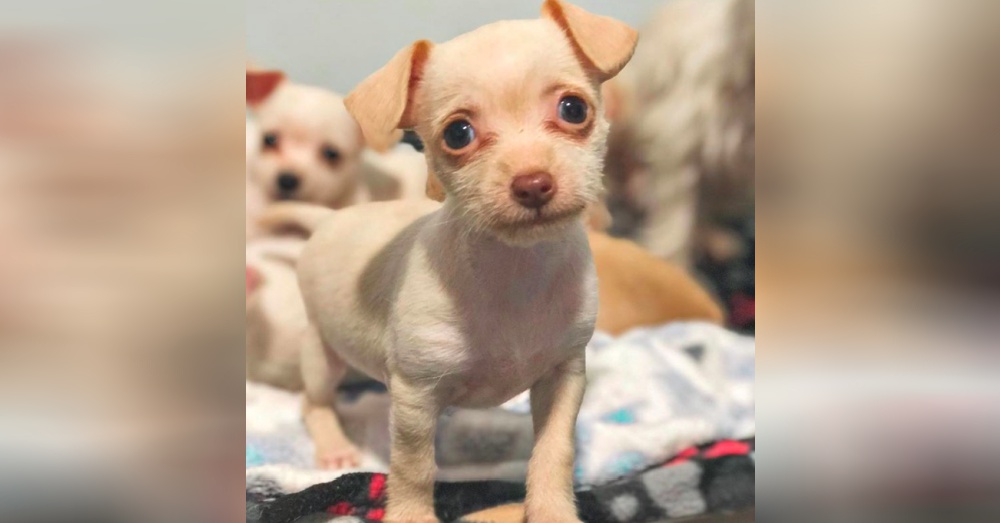 In a video of the blended family was posted online, all 11 dogs are seen playing together, loving on each other, and truly interacting as if they are blood relatives. 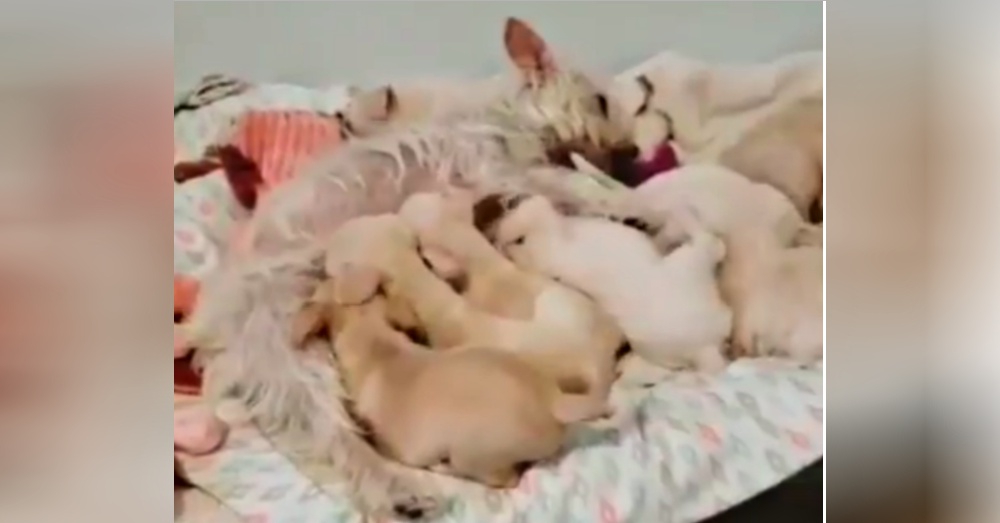 The cuteness overload has led a lot of people to inquire about adopting them, and many want to do their best to keep the family together (particularly the BFFs, Thelma and Louise). And they did!

Thelma and Louise will be together forever! 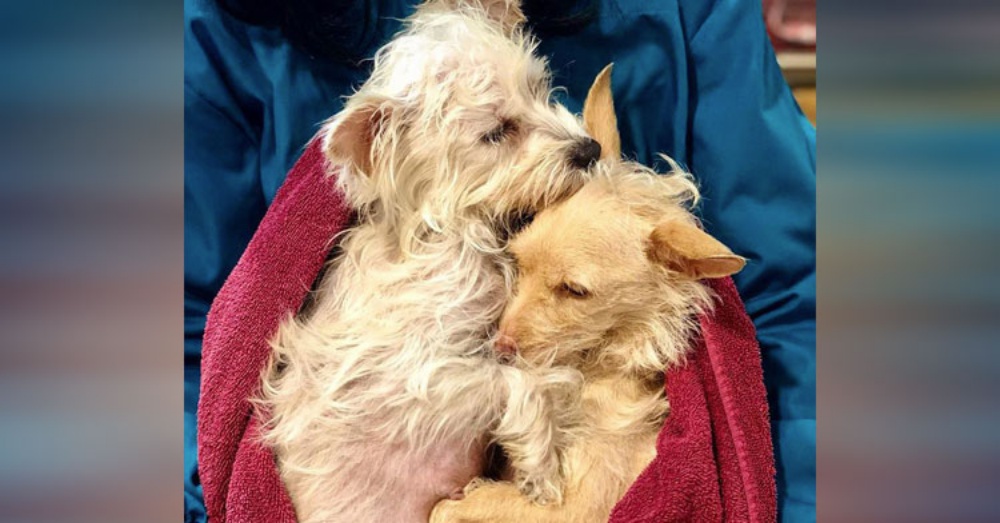 They say it takes a village to raise children, and thankfully Thelma and Louise found each other! Congratulations to all the families who opened up their homes to the little pups. 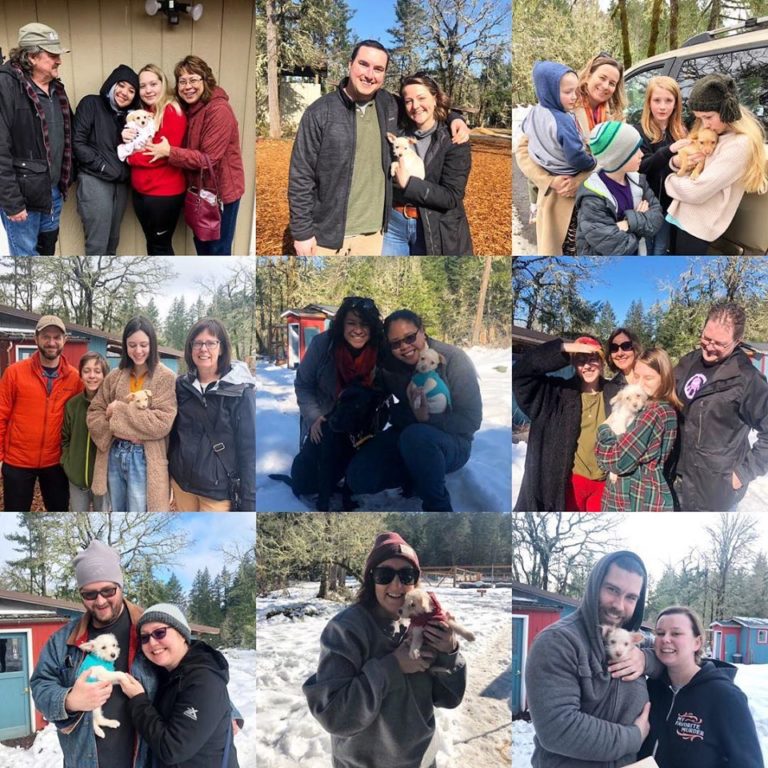 Watch the adorable video about Thelma, Louise, and their nine puppies below – and be sure to share this cuteness with your friends!