Stubborn Husky Refuses To Get Up & His “Negotiation” With Mom Will Crack You Up.

There are some days when we all wish we could just stay in bed.

If you’re Zeus the Stubborn Husky, that day is every day. Zeus is one of those “internet famous” dogs who has his own YouTube and Instagram pages, and he’s well known for living up to his name. His YouTube has over 114,000 followers and only a few videos, all of which feature our favorite furry protester digging in his heels when asked to do the most mundane tasks. 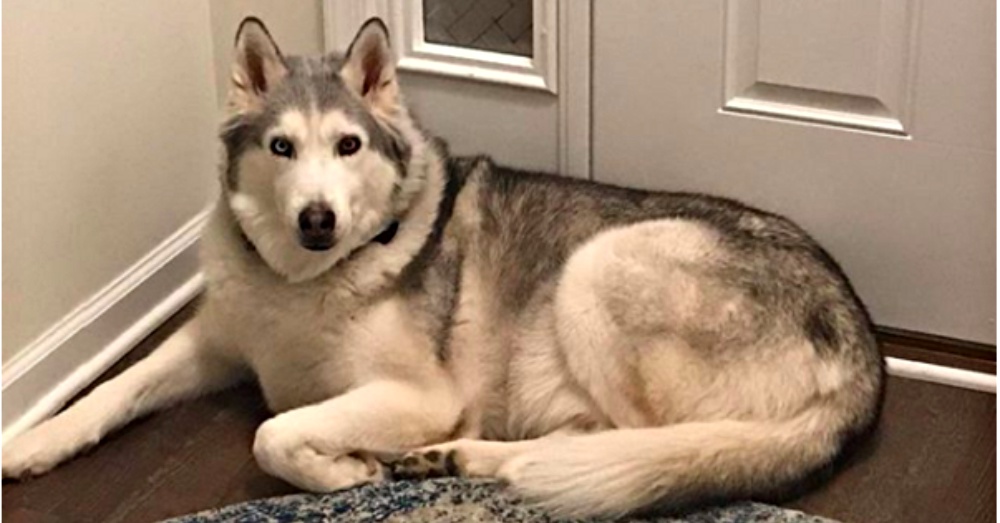 Whether he’s insisting on taking the front seat when going for a ride in the car or complaining about going to the vet, this is one dog who has a mind of his own. Huskies in general are known to be a stubborn breed that require lots of exercise and outdoors time. They’re also known for being extremely vocal pets; rather than barking like other dogs, huskies have a distinctive whine that sounds an awful lot like human speech.

Combine Zeus’ stubborn nature, hilarious facial expressions, and constant vocalizations and it’s easy to see why he’s got so many fans online! In one funny video, Zeus is channeling all of us human worker bees who have to get up in the morning but really, really don’t want to get out of bed. 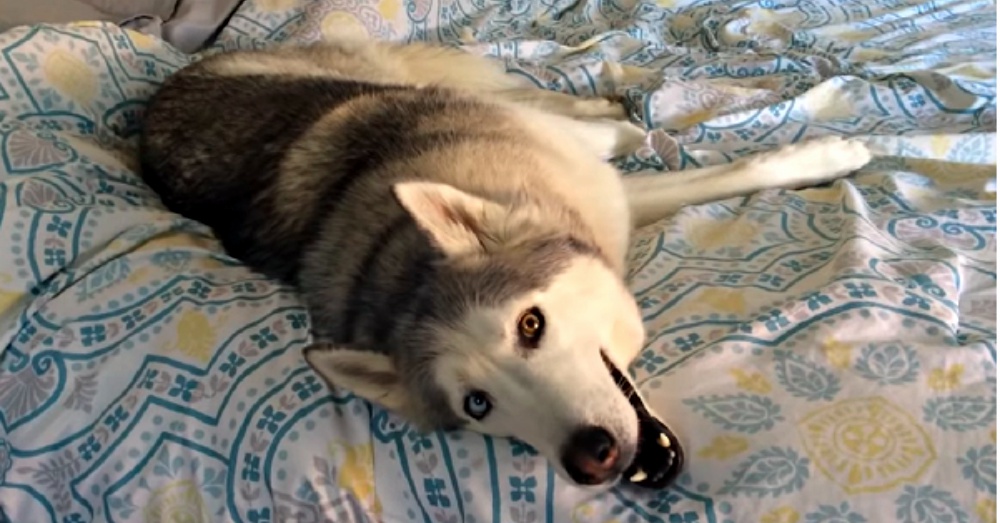 As he lies on the bed his owner asks him repeatedly to get up and start the day, but this dog isn’t having any of it. He starts to whine and complain, rolling his eyes up at his owner like a typical teenager. But Zeus isn’t a teenager — he’s a dog who is almost 10 years old. Doesn’t that make him approximately 70 in human years? He clearly needs his beauty rest. Let the old boy go back to bed! 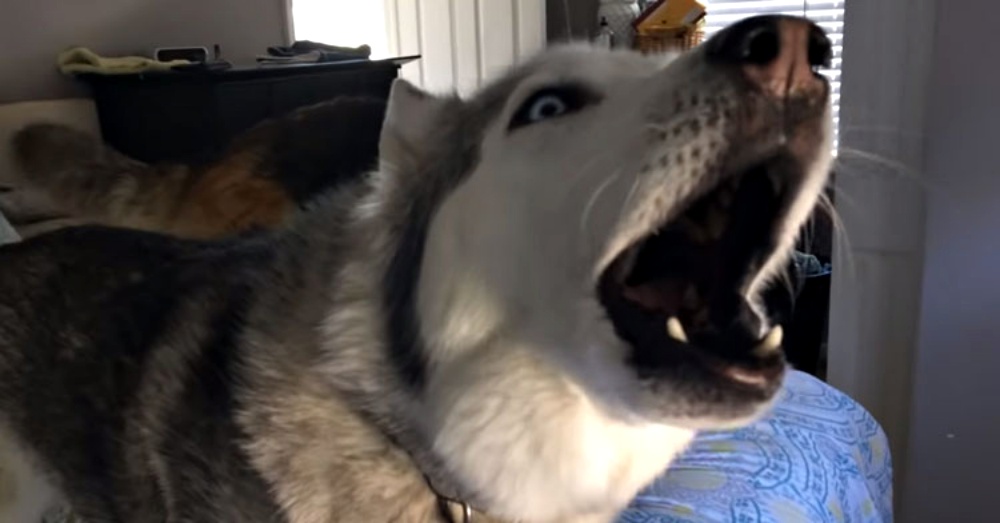 His owner continues to insist that he get up, even the promise of breakfast doesn’t motivate him for several more minutes. Now that’s stubborn! It’s a good thing he’s so cute and lovable. We’d put up with a little stubbornness too.

Watch Zeus complaining about getting out of bed in the video below, and don’t forget to share with someone who recognizes this “Case of the Mondays!”

Hilarious! Senior Dog Snuggles Dummy When Dad’s Not Home: Click “Next” below!