Statue Street Artist Brings Dog To Work & Goes Viral When Pup Knows How To Play Along.

If you’re going to make your living as a street artist, you’ve got to have something unique to help you stand out from the crowd.

Yorge Luís Ruiz has spent four years working as a living statue on the streets of Fortaleza, Brazil, but it wasn’t until recently that his act was taken to the next level thanks to an unlikely business partner. In fact, once he incorporated his dog Jaspe he was launched into internet stardom; now his career is really taking off. 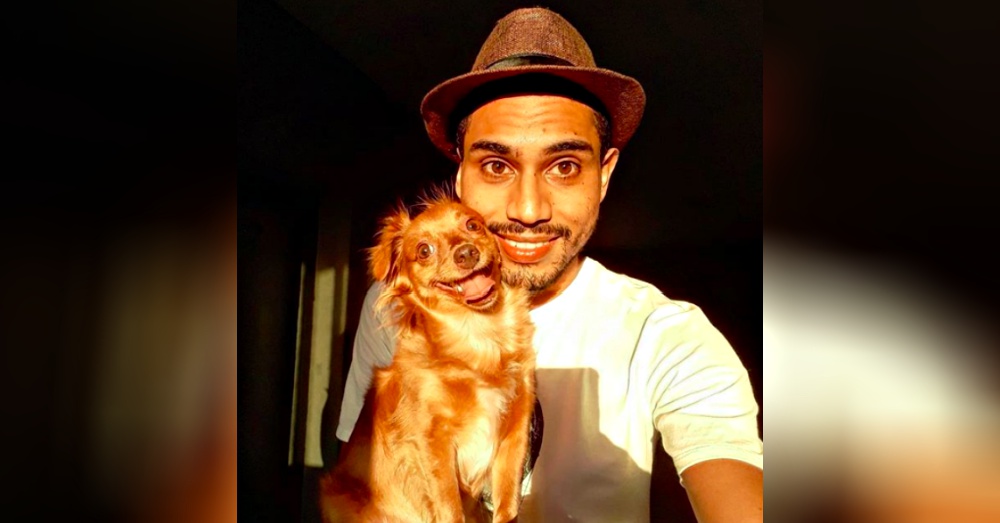 Each day, Yorge would head to the tourist area of his city dressed from head to toe in bronze clothing. He paints his skin and hair the same color bronze, creating an effect that takes him from living, breathing human being to stone cold bronze statue. Yorge spends hours standing completely motionless in the city square. Tourists are fooled into thinking he’s an actual statue when suddenly he’ll move, startling them into emitting yelps of surprise and delight. 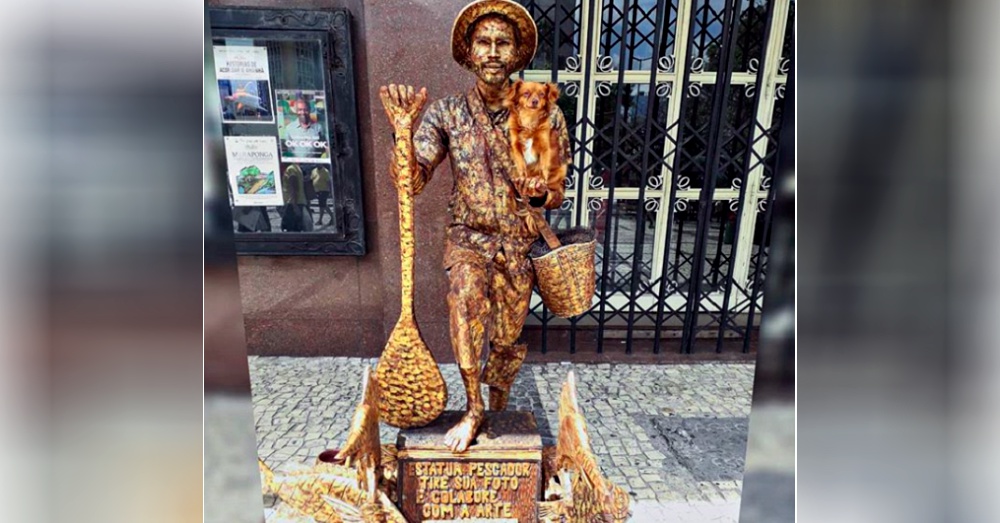 It’s a business plan that’s always worked well, but then one day, Yorge brought his conveniently bronze-colored dog to work with him and discovered that Jaspe is also really good at the statue game. He claims he never even trained her to go still, all he does is kiss her neck just-so and the little dog freezes until he moves. 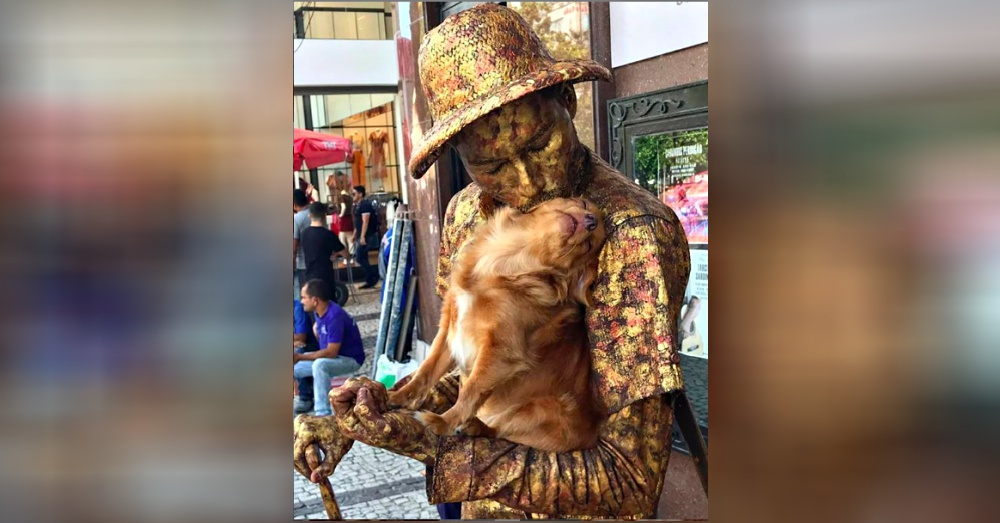 The effect is incredible! After one tourist saw Yorge and Jaspe in action they took a quick video and uploaded it to Twitter. Before Yorge knew what was happening the clip had gone viral, earning over 2.8 million views on Twitter and swiftly attracting thousands of new followers to the young artist’s Instagram page. 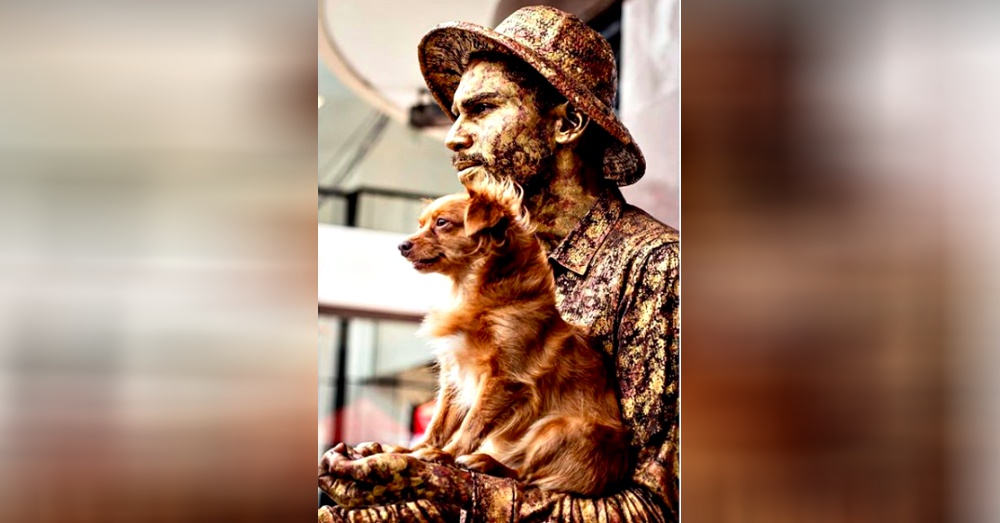 Yorge can’t believe his good fortune. This is exactly the sort of exposure every street artist dreams of getting — all because he brought his dog to work one day!

“We thank you very much, we thank the Brazilian people every day for enjoying our work,” Yorge wrote on Instagram. “We’re overwhelmed by all the positive comments we are getting right now.” 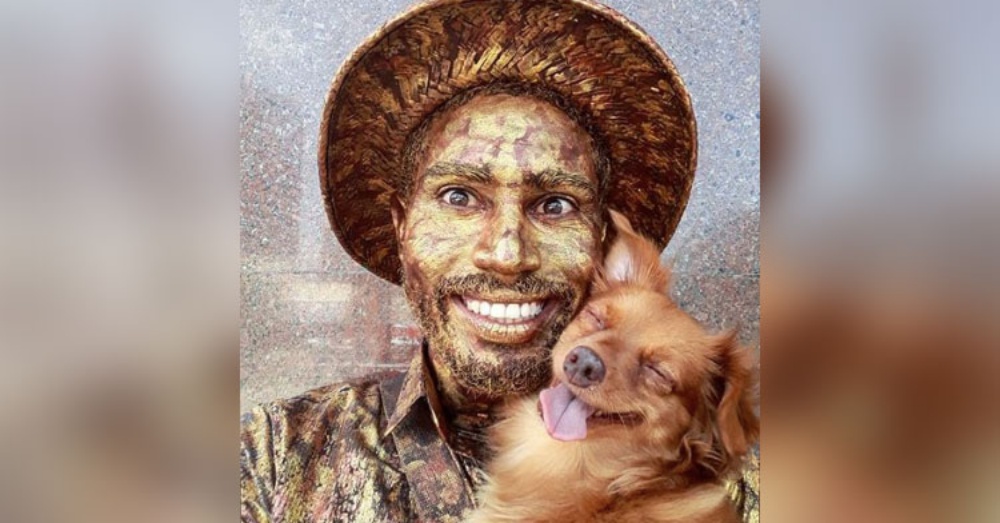 Life really is better when you’ve got friends, whether those friends happen to have two legs or four. It’s incredible that Jaspe learned how to become a part of Yorge’s act without even being trained how to do so. Perhaps it was just meant to be!

Watch the video that made Yorge internet-famous below and don’t forget to share.

The Cat-Fox Is Real, And Here Are The Pictures To Prove It: Click “Next” below!