Deployed Soldier Bonds With Puppy In Syria And Works Tirelessly To Bring Her Home.

Watching the moment a soldier is reunited with their family after being deployed is always heartwarming (and a real tear-jerker). But, watching a soldier reunite with their pet who helped them get through their deployment is on another level.

Army Spec. Tyler Mosley was stationed in Syria when he discovered Daisy laying next to her sibling who, sadly, was no longer alive. From then on, Tyler and Daisy were inseparable. 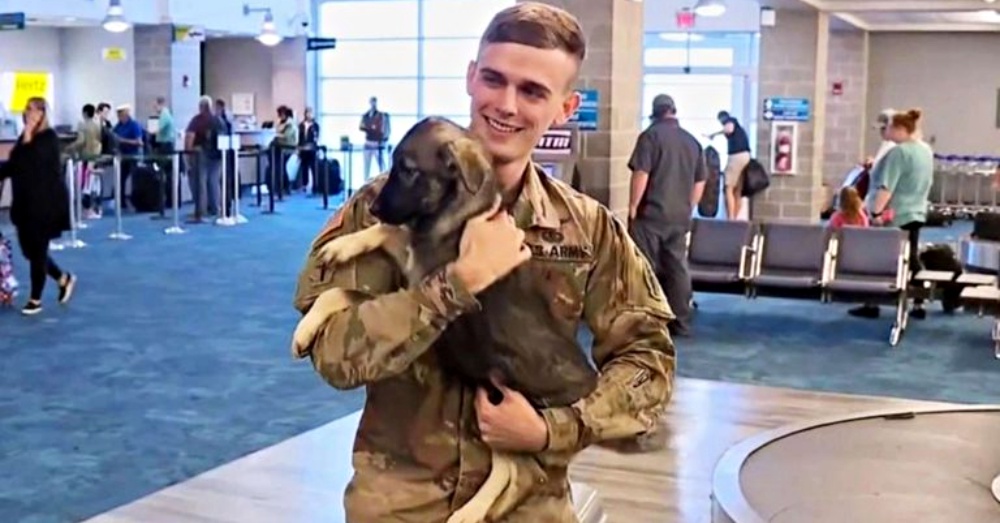 Aside from doing his job, Daisy was Tyler’s main priority while he was in Syria. He always made sure she was warm and took care of her on a daily basis. Daisy is the real-life depiction of “man’s best friend”. So, when he was being sent home to the US, Tyler began working towards getting Daisy there as well.

Tyler worked closely with the Society for the Prevention of Cruelty to Animals International to arrange Daisy’s travel. It took months for all of the administrative work to go through, but eventually, Daisy was cleared to make the trip to reunite with Tyler. 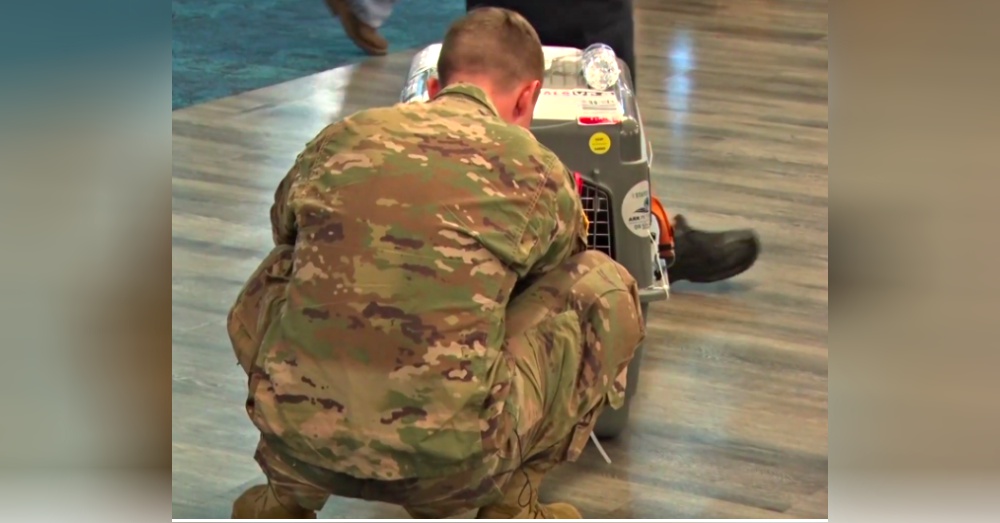 People were able to catch the moment Tyler and Daisy were reunited at the airport, and the video quickly spread across the internet. In it, Tyler anxiously works to open the crate door to hold his dog. After some work, she is finally freed, and it’s like they had never been apart. Daisy immediately knows who Tyler is and begins licking him and snuggling on him. 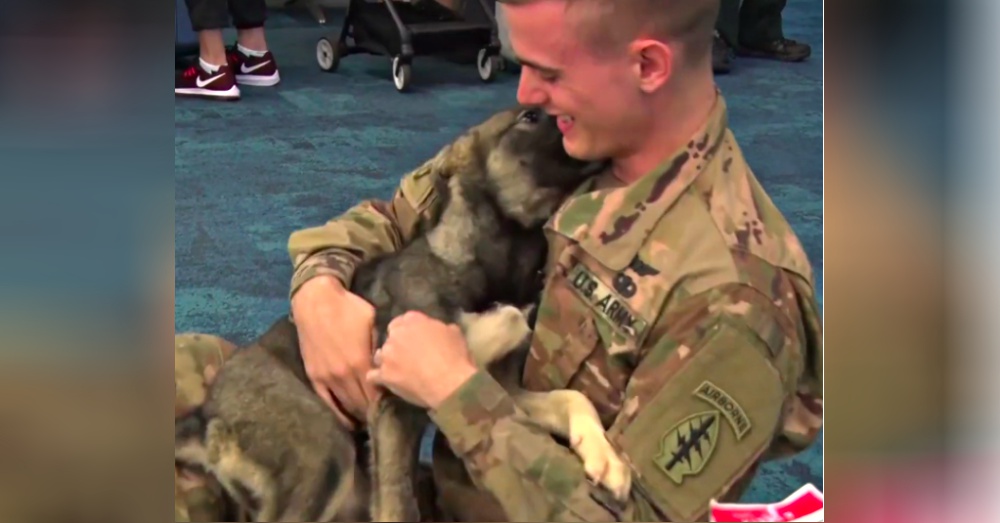 Now, Daisy gets to live at home with Tyler in the US. She won’t have to worry about cold nights or a dangerous environment, she simply gets to be a house dog. The only thing she will have to get used to is sharing Tyler’s attention with his wife and cat.

Watch the sweet reunion in the video below, and don’t forget to share it with your friends!