If you have a dog, you know how excited they get when you come home after a brief vacation, so just imagine how they would react after months apart.

One soldier’s sweet pet was thrilled to see her when she returned from a yearlong basic training, and her family caught the precious reunion on video. Since then, the clip has been shared across the Internet, and it’s not hard to see why. Their obvious love for each other will melt your heart! 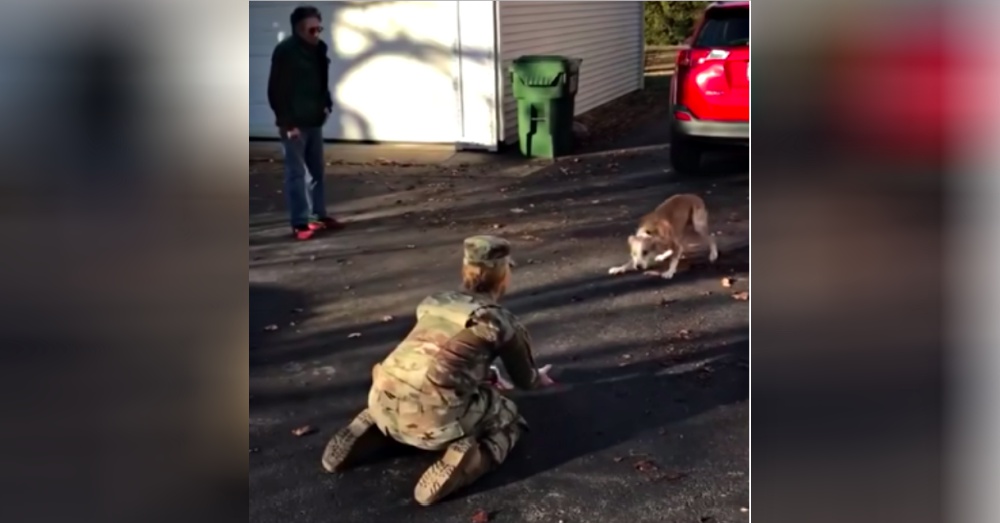 Share on Facebook
Share on Facebook
” rel=”noopener noreferrer” target=”_blank”>video, we see the soldier dressed in her full uniform. She walks up the driveway to where her dog Murphy is running around, and at first, the pup is hesitant to approach her. Despite a few more attempts, he clearly doesn’t remember her, so she takes off her hat and keeps trying. 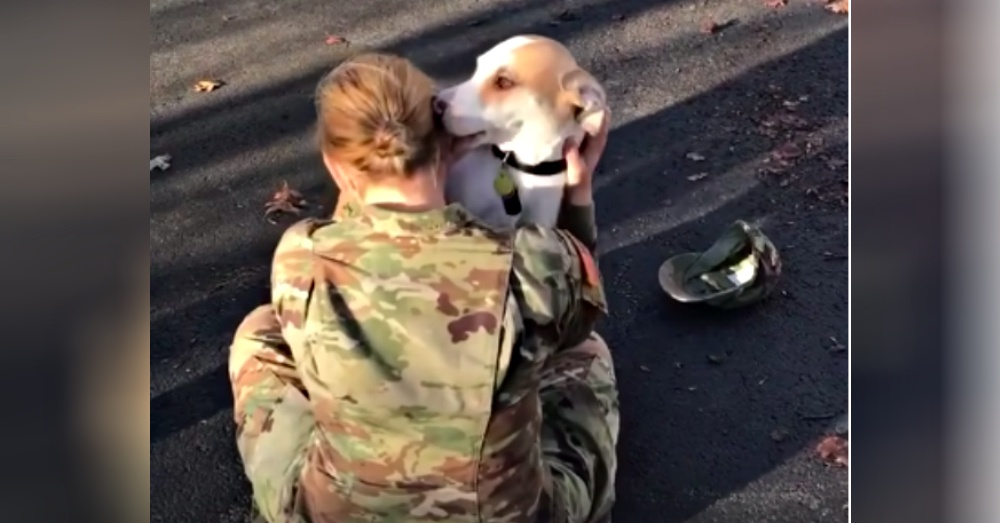 That’s when everything clicks! As soon as he gets a whiff of her scent, he goes wild in the sweetest way, showering her with kisses.

“I thought about Murphy every day,” the soldier 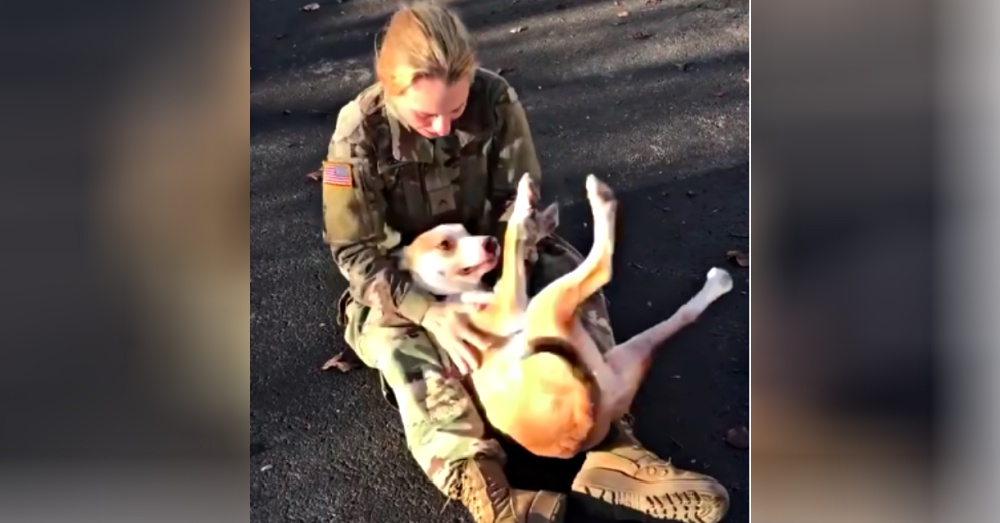 Since the video was posted, pet owners from all over have fallen in love with this soldier and her canine best friend. We can’t exactly blame them because we have too!

“Your dog was so excited once she discovered it was you,” one Facebook user wrote. “They are so loyal. Thank you for your service and may God bless you and keep you safe.” 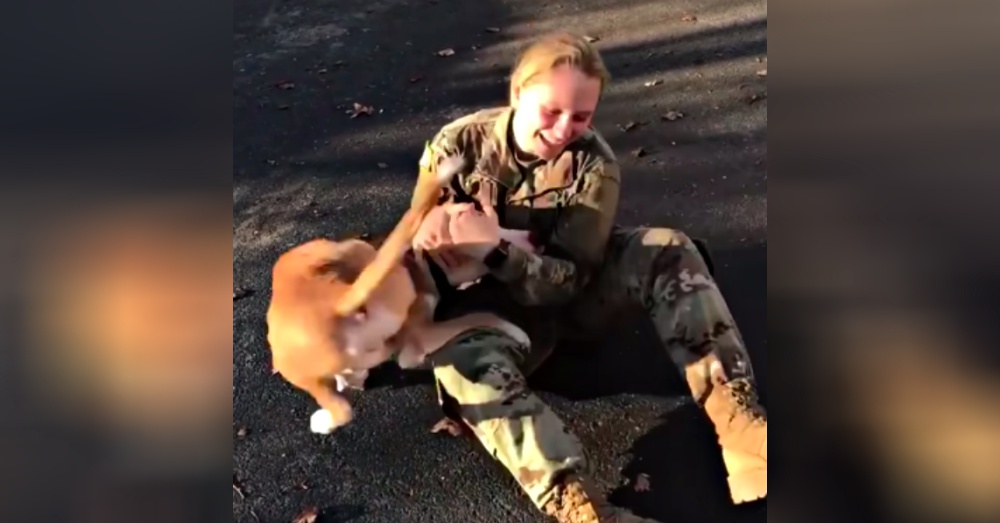 The next time someone questions you when you call your pet a member of the family, show them this clip. Their doubts will end when they see the kind of love and loyalty dogs are capable of!

Watch the heartwarming reunion in the video, and don’t forget to share it with your friends.