Sloths are some of nature’s cutest creatures. Not only does their fur pattern make them look like they’re always smiling, but they also appear to be snuggly and spend their slow days hanging out in trees. It’s no wonder so many people love them.

Tourists and locals alike consider themselves lucky when they happen across a sloth in the wild, and those sightings are usually of distant treetops. But one small group of people was beyond lucky when members witnessed a sloth crossing a street and reacting on the other side. 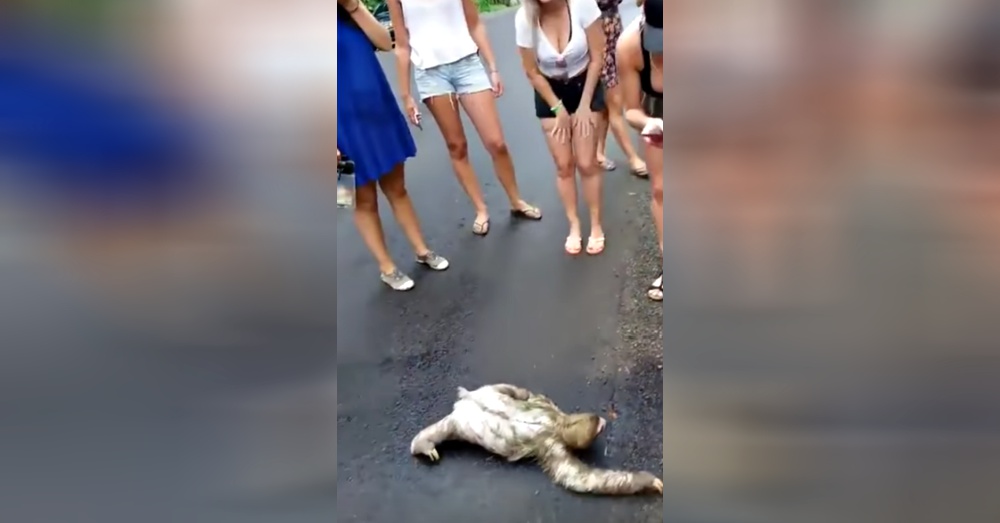 In a video posted on social media, the sloth is seen slowly making his way over a road. He is surrounded by curious spectators, who don’t appear to faze him as he continues his long journey to the nearby trees.

As he makes his way to his destination, his enthralled audience follows along, taking pictures and enjoying the rare sighting. 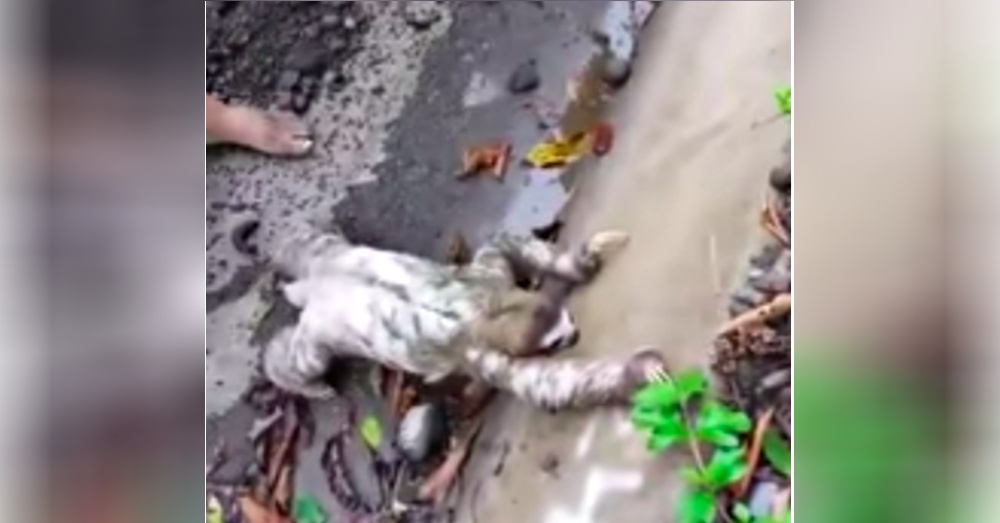 Eventually he makes it to the other side, only to find himself faced with a sheer (for a sloth) concrete wall. Separated from the trees he’s clearly trying to get back to, the sweet animal tries to climb over this obstacle but struggles on his own.

Thankfully, a kind person from the crowd picks him up under his arms, much like one would with a little kid, and carries him to a spot where he can easily head back into the wilderness. 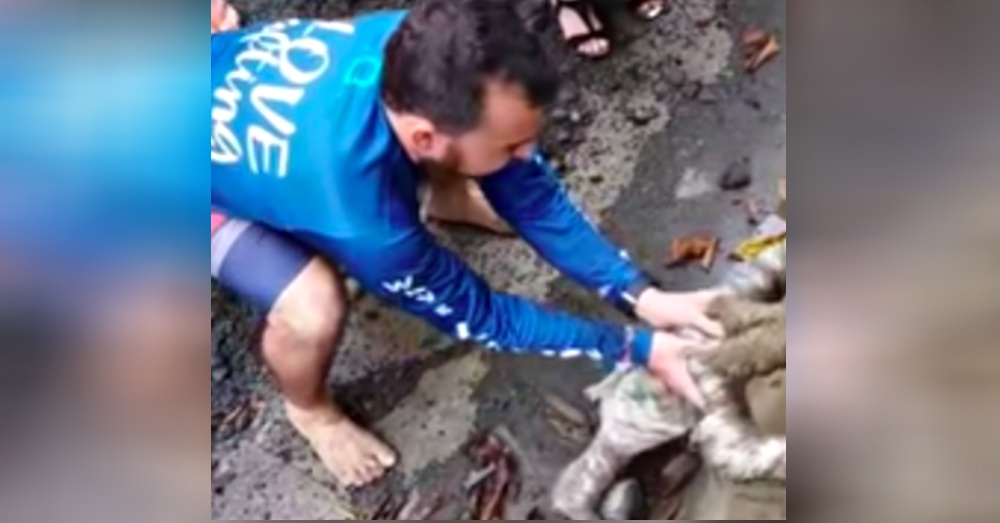 And the story doesn’t end there! After the sloth reaches the woods, the spectators begin waving to him — and he turns around and waves back! 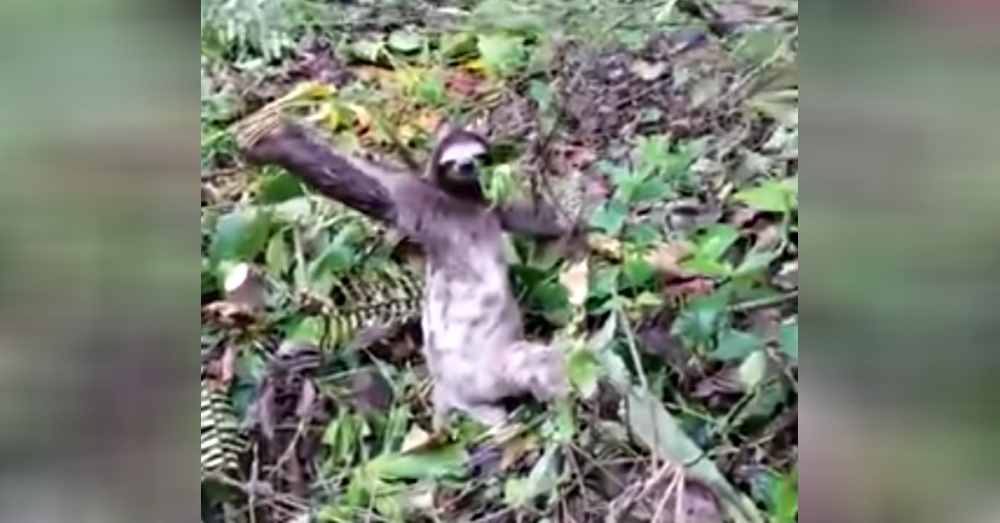 In true sloth fashion, he slowly raises his arm and holds it in the air as he looks to the crowd of humans behind him and seems to smile. Who could resist loving this sweet sloth?

Watch the adorable moment in the video below and be sure to share with all your fellow sloth lovers!