When Skunk Gets Trapped In Skate Park, Police Officers Come Up With Creative Solution.

If you saw a skunk in need, what would your first reaction be? Most of us would call someone else to take care of it and make a mad dash as far away as possible to keep from being sprayed.

This April, an employee at a skate park in Santa Rosa, California, ran into this exact situation. While they were doing their morning rounds, they noticed a skunk had apparently tried its paw at skating, only to end up trapped in one of the bowls. 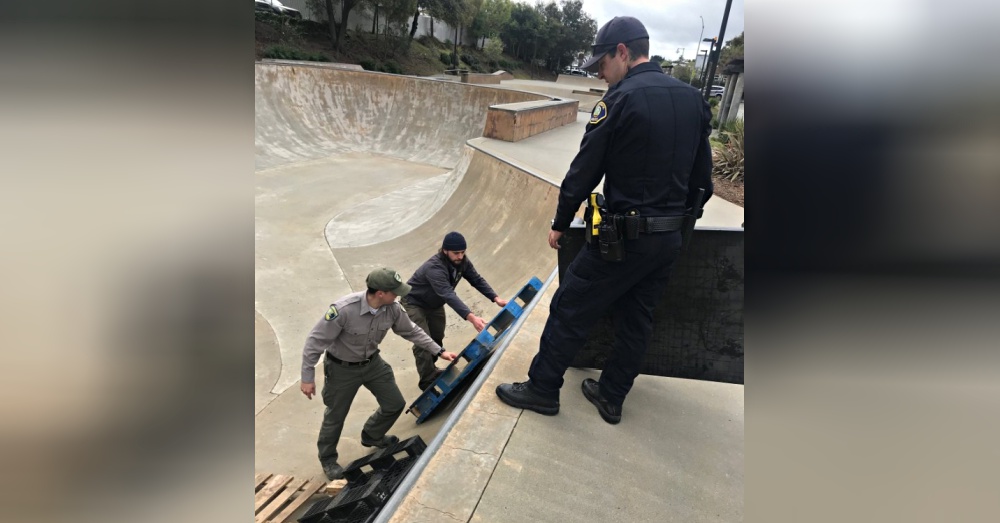 Unlike us, not only did they call for help, but they also stayed to see the rescue through! Shortly after they contacted the Sebastopol Police Department, officers arrived at Sonoma County Parks to help free the little stinker.

But doing so was no straightforward task if they wanted to avoid spooking the stranded animal. So they came up with a creative system (that worked a bit like a ladder) that would allow the skunk to climb out on its own. 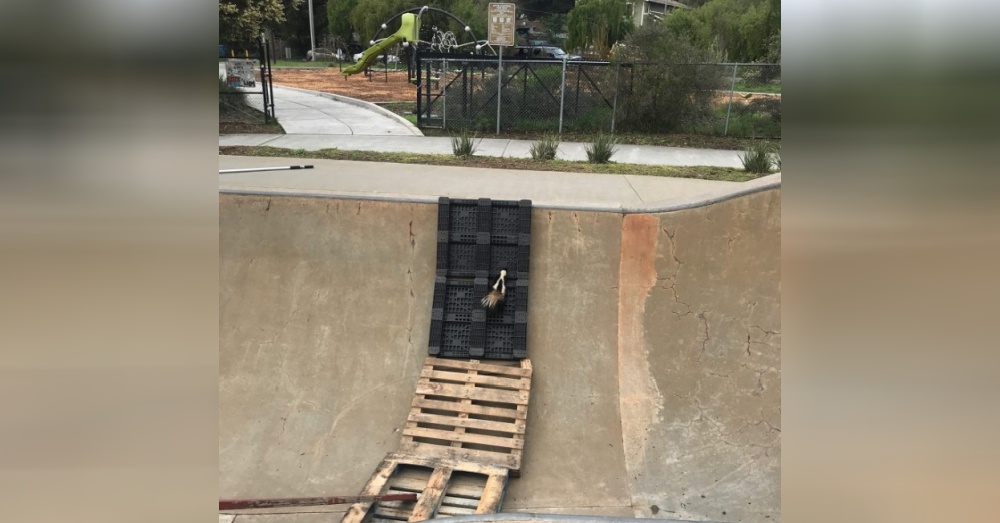 And it worked like a charm! The police officers and park workers guided the poor creature over to their makeshift contraption and up to safety — and no one went home covered in pungent spray! If that’s not a job well done, we don’t know what could be! 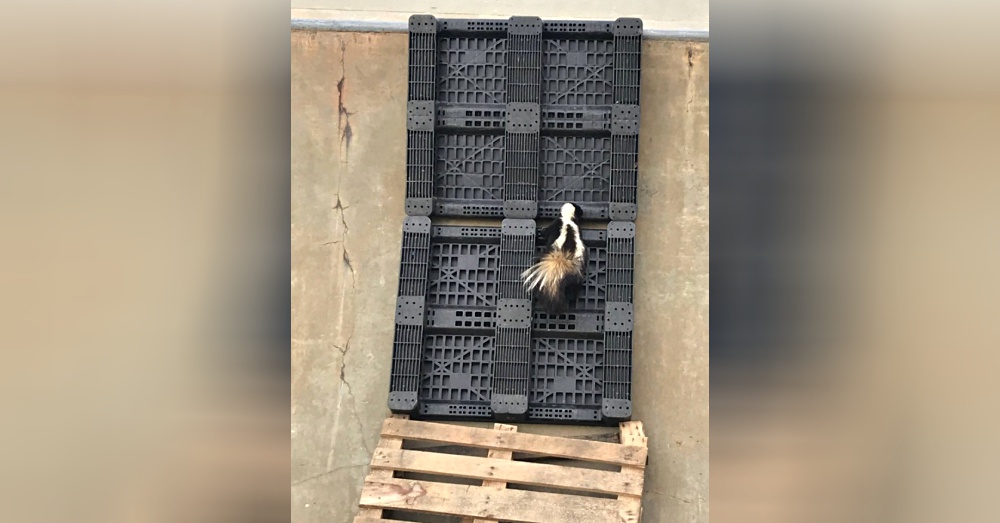 It just goes to show that teamwork is the best way to succeed! Thanks to these clever people, this skunk was able to go on its way. The only downside is that no one saw it give skating a try!

Check out the innovative rescue in the video below, and share this story with anyone who could use a smile today.

Skunk Gets Head Stuck In Ice Cream Cup & Kind Cop Comes To The Rescue.: Click “Next” below!