Every once in a while we are able to witness an act so selfless or brave it makes us stop and stare with our jaws dropped.

Such was the case for those who watched in person with bated breath, stomachs surely turning, as a man climbed down to the edge of a dam and risked his life to save another. 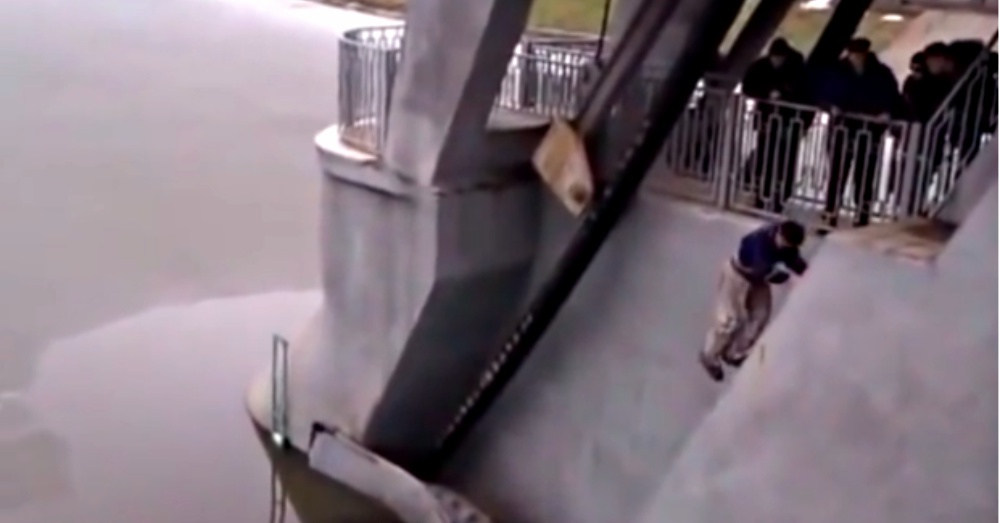 Nobody can say for sure how it got there, but one terrified dog in Russia found itself feet away from certain death. Perhaps the critter was thrown or had fallen into the water from the nearby road. Either way, the poor thing seemed destined to fall… if not for the heroic actions of one man. 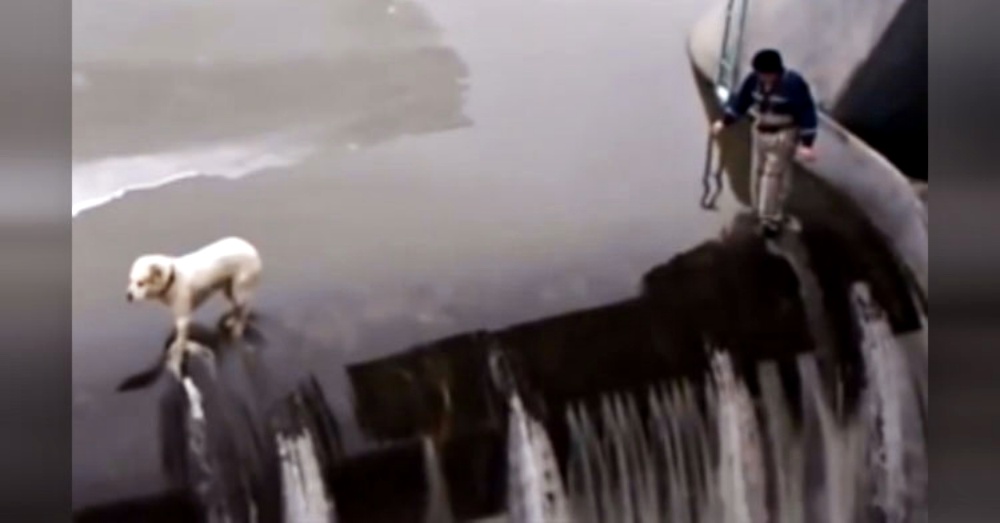 In nail-biting footage, emergency crews can be seen waiting on the side as the dog stands frozen in fear. The man inches forward and grabs the dog by its collar, careful not to startle the already frightened creature. 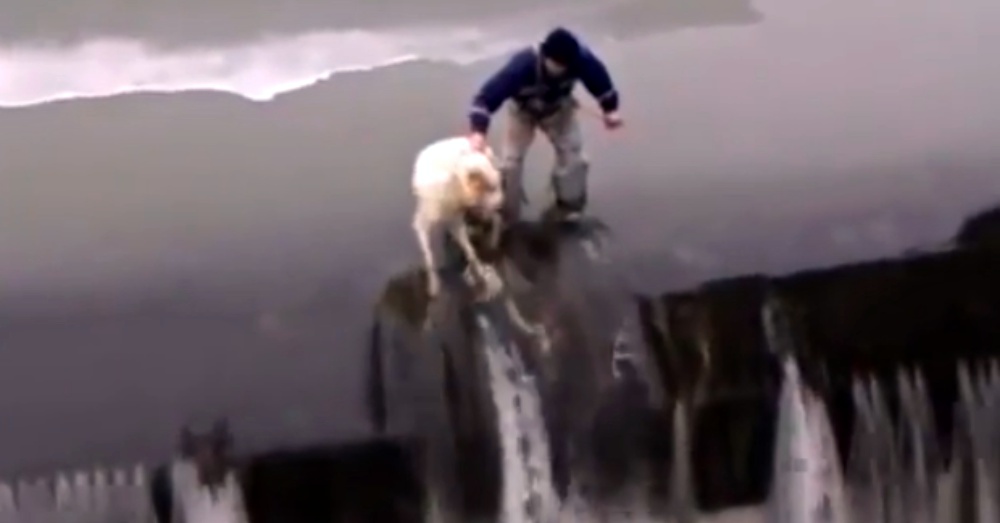 He turns the dog around and steers it back toward safety. For one heart-stopping second, the dog resists and it looks as if the collar might slip off. Fortunately, it stays on and another man helps fasten a makeshift harness around the animal, who is pulled up and out moments later.

Now everyone is praising the man for braving such dangerous conditions to save the dog. 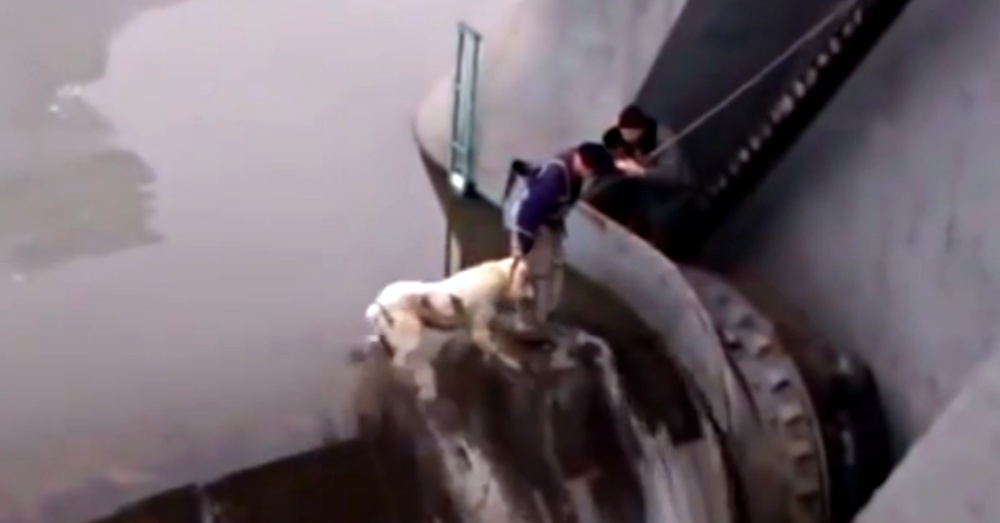 “Can’t imagine how slippery that surface must have been. And what if the dog had bolted once he grabbed him? It’s hard to imagine how anyone could be so brave!” one person wrote.

“He deserves a medal and if the dog could speak it would be thanking him over and over by licking his face,” another added. We couldn’t agree more. What this man did for an innocent creature in need says more about his character than words ever could.

Grab onto the edge of your seat and watch the daring rescue unfold below. Don’t forget to share to spread thanks for the man’s bravery.

Man Plunges Into Frigid Lake To Save His Puppy: Click “Next” below!