Rocky is a very special dog. While his dad is fighting fires in the Netherlands, Rocky usually plays it cool and stays off to the side, not wanting to interfere in his life-saving work.

Leendeet Foppen, Rocky’s human, had been through numerous emergency calls in the past, some of them pretty hairy. Rocky thought himself hairier, though, and this time stepped in to help.

Perhaps fun-loving Rocky thought he saw the ultimate game of tug-of-war. Perhaps he just knew Foppen needed help, Either way, he made a big difference.

Foppen and some other firefighters were trying to pull a tree down in the town of Harderwijk in the Netherlands. It had been damaged during a recent storm, and could have soon fallen on a house. They tied a rope around its trunk, one of the firefighters cut into it with a chainsaw, while the others attempted to guide it safely down. 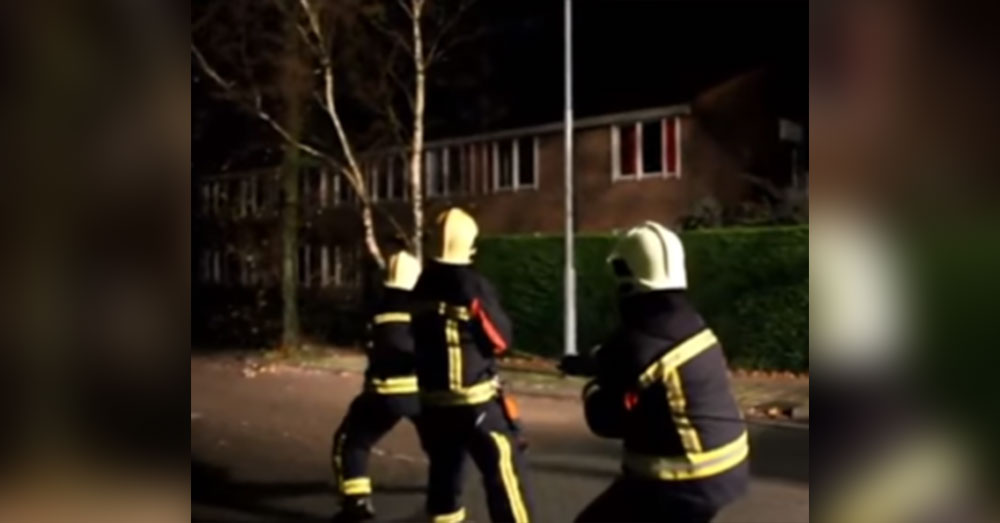 They gave it all their effort, but couldn’t get the tree to budge. Rocky saw the rope and thought his father was playing a game. Soon enough, Rocky was “playing” too.

It was quite a challenge for Rocky, but he likely knew he’d get a reward. Maybe the firefighters would serve a big steak back at the firehouse after they got the tree down and hauled away, maybe bones, maybe peanut butter…the dog mind wanders. He’s already drooling at the thought of it!

And it looks like Rocky really came in handy. Just a few seconds later, the tree crashes down! Good boy, Rocky!

The firefighters eventually cut the tree into pieces. The easier to haul away. And Rocky got his reward, a fetch session with Foppen and the firefighters!

Watch Rocky pull with all his might in the video below, and share to spread the laughs!