More and more couples are using their wedding ceremonies to honor lost loved ones.

As Michelle Dodds and Mike Singler of Orlando, Florida planned their special day, Michelle’s brother Jeffrey “Jay” Dodds was on her mind a lot. Her brother passed away in 2017 and she was still missing him every day. She considered different ways to include Jay in the ceremony before settling on one interest they always shared. 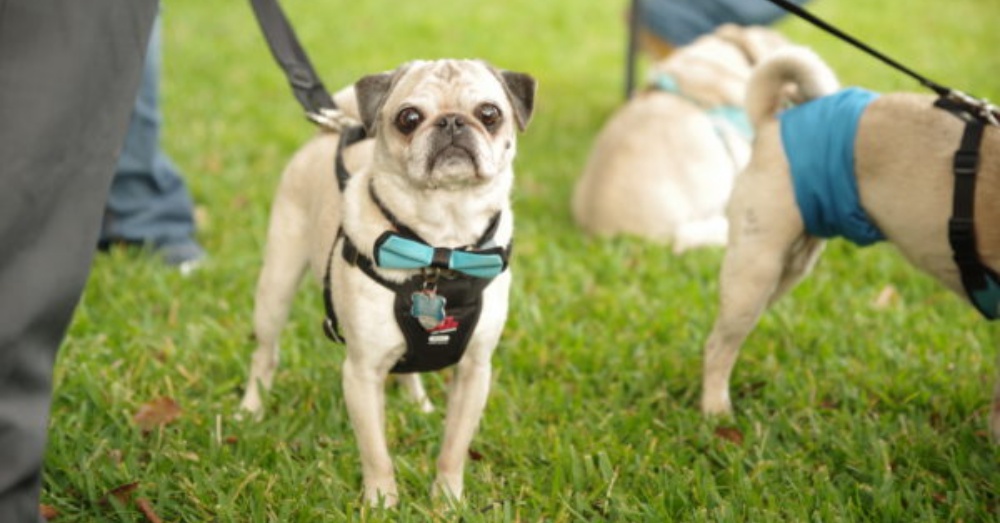 Pugs! Both Jay and Michelle have always adored pug dogs. Jay gave her his pug Knockers because he often traveled for work. When he passed away unexpectedly Michelle adopted Knockers, who now lives with her two other dogs. When one of Michelle’s seven bridesmaids suggested having pugs be part of the ceremony the bride and groom thought it was a great idea. They reached out to Pug Rescue of Florida to see if they had any dogs available to help them tie the knot.

“There are a lot of agencies out there that are struggling and can use the help,” said Michelle’s friend Bobie Polite. “Michelle’s got one of the biggest hearts I’ve ever known. … I’m glad she chose pugs because of her brother.” 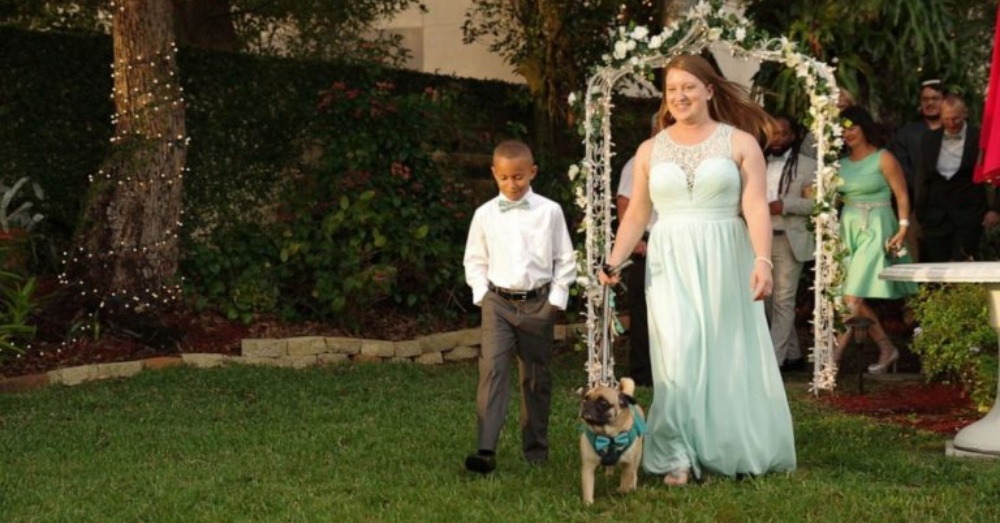 Michelle surprised her wedding party with the dogs on her wedding day. Each bridesmaid was escorted down the aisle by a sweet rescue pug wearing a bow tie and matching leash. Michelle’s bridesmaid Leah Grissom said adding the dogs to the ceremony was a wonderful way to pay tribute to the closeness of Michelle and Jay’s relationship.

“She and Jay were inseparable — she still talks to him daily,” Leah said. “I think it’s beautiful and matches Michelle perfectly. She’s unconventional, sassy, lively and loves her pugs!” 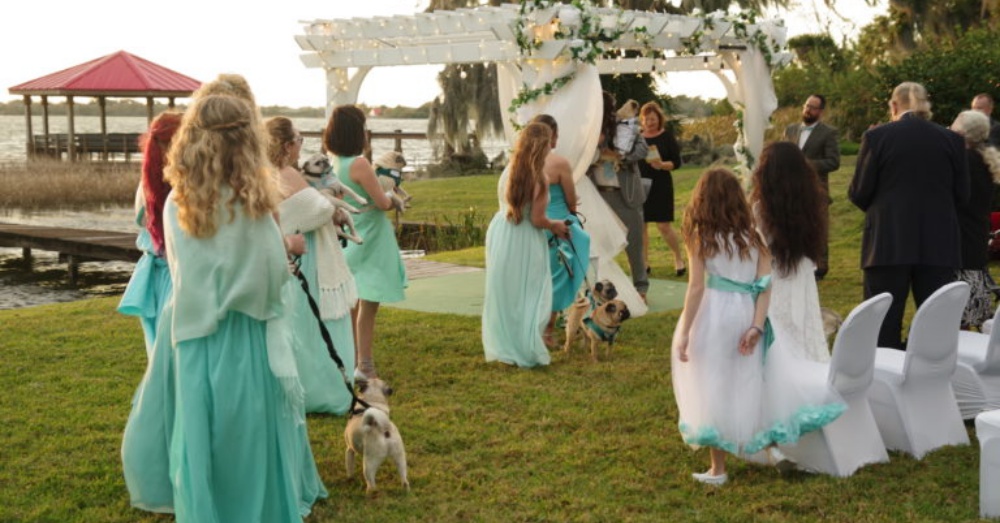 Michelle also hoped that including the pugs would increase the chances of these dogs getting adopted to loving families. Now that photos of the adorable little ushers are making the rounds online people are already contacting the shelter for information about the dogs. Win, win! 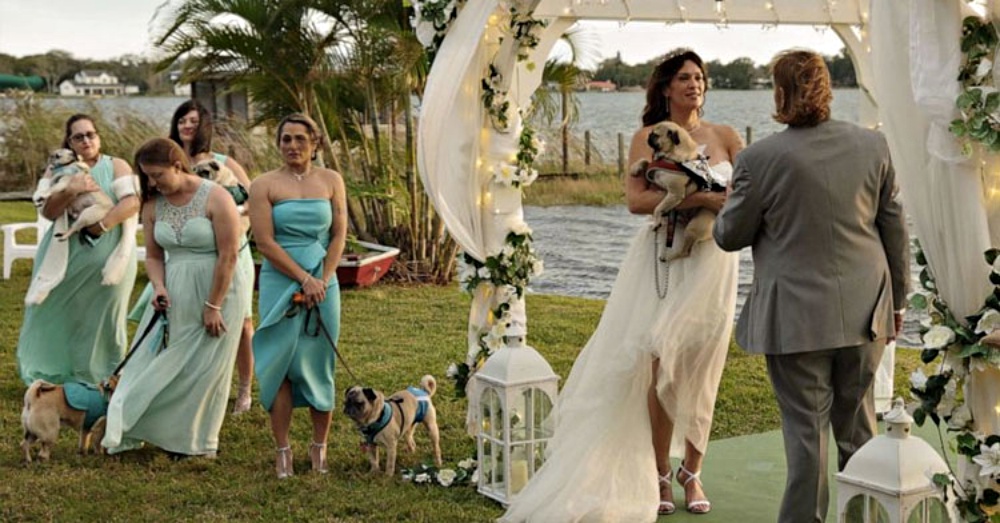 Look at how handsome they are with their little bow ties! We’re positive that Michelle’s idea will result in these cute little guys finding their forever homes. Her brother Jay would be so happy that his sister found a way to honor him while also helping their beloved animals.

Congratulations, Michelle and Mike! Share the love by sharing this story.