Tiny Puppy Is Too Nervous To Go Down Stairs So Dad Shows Him How.

When you’re a tiny puppy dog, the world looks enormous and scary.

Hobbs is a brand-new golden retriever puppy who is getting to know the world around him in his new home. He’s got lots of new toys and balls to play with and his new owners are lavishing attention on him, so life is good. There’s only one thing standing in the way of Hobbs feeling right at home — the steep, scary staircase in his family’s house. 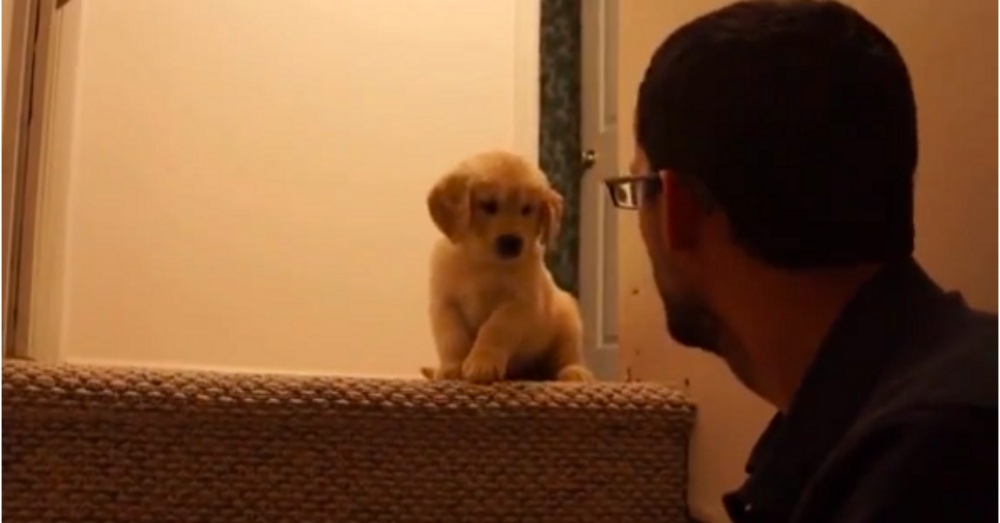 As Hobbs sits at the top of the staircase, his human dad urges him to take his first step. But when you think about how gigantic that drop is to a puppy this size, you can see why he is hesitant to put his paws down on the stair below. He just utters a sweet little puppy squeal and looks dad in the eye as if to say, “You’re kidding, right?”

Undeterred, the dog dad decides that the best way to get Hobbs to take a step is to demonstrate how to do it himself. 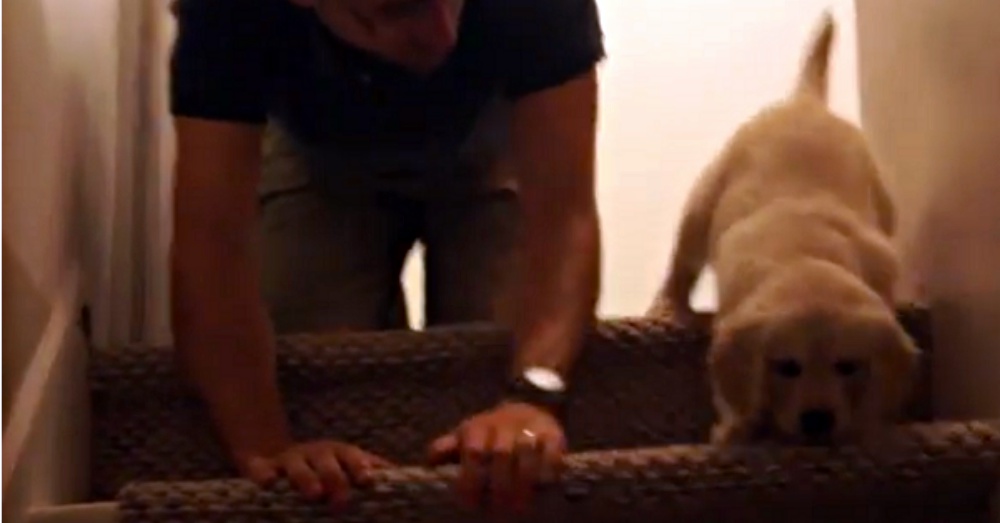 Once Hobbs sees Dad doing it, he adorably musters the courage to take a tentative step as well. The two proceed this way down the stairs, only pausing so that Hobbs’ parents can move him to the wall side of the stairwell rather than risk having him fall.

The little guy soon starts to move just a little bit faster and his dad keeps a hand on his back to make sure he doesn’t tumble head-over-paws. Before long he has mastered the entire staircase! 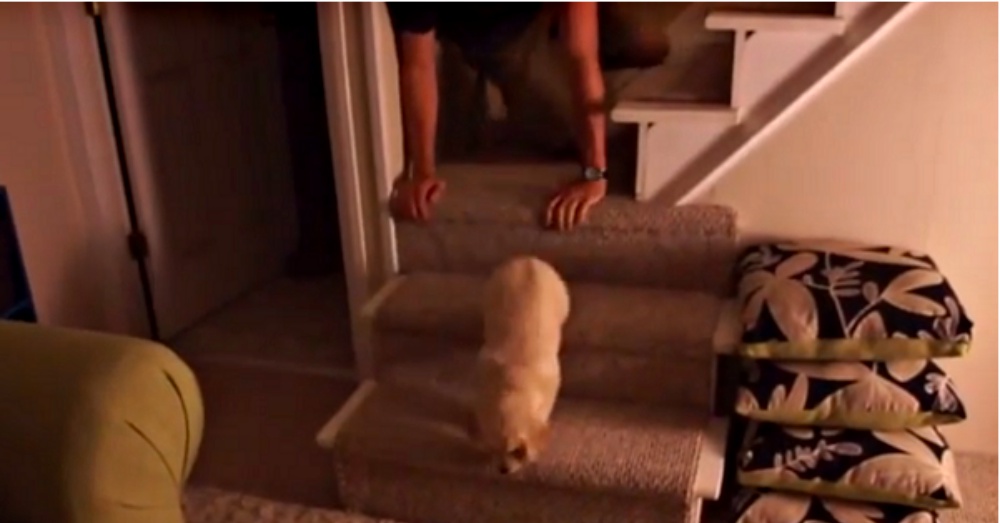 Wait until you see the happy little wiggle Hobbs makes once he has all four paws securely on the ground floor! We didn’t think he could get any cuter but somehow he managed to do just that. Puppies grow so fast that we’re certain in a week, no one will be able to slow this little guy down as he roams from floor to floor!

Watch Hobbs being a brave little pupper in the video below, and don’t forget to share!