Golden Puppy Becomes Guide Dog For Blind Brother & Their Friendship Is The Cutest.

Service animals are a godsend for people with disabilities.

But as it turns out, they aren’t limited to helping only humans. Just ask Chelsea and Adam Stipe of Mooresville, North Carolina, whose blind dog has his own tiny guide. 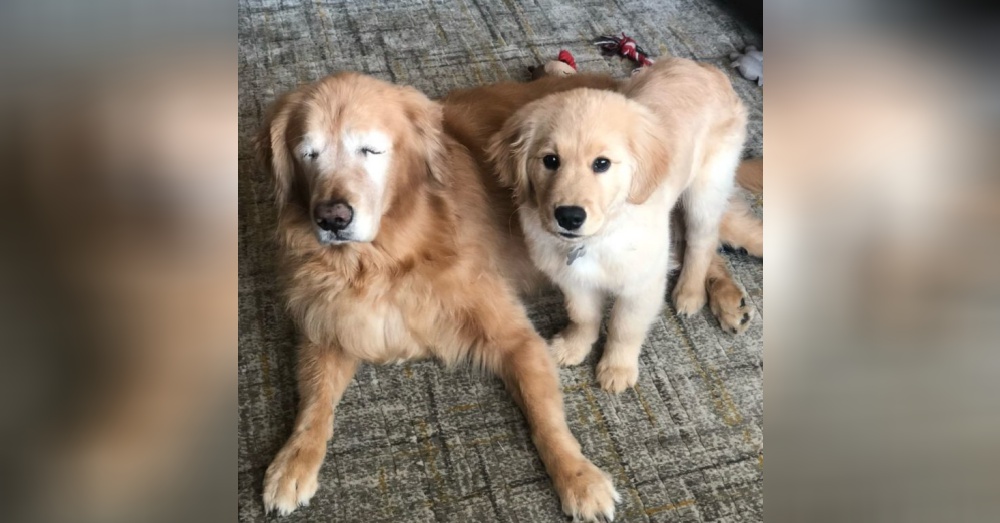 Charlie is an 11-year-old golden retriever who lost both of his eyes to glaucoma. His left eye was removed in 2016 and his right was taken out a year later. He’s much more comfortable now, but hasn’t had the easiest time getting around.

Fast forward to 2019, when the Stipes decide to adopt another dog. They brought home a golden retriever puppy named Maverick on New Year’s Day. Honestly, Charlie wasn’t thrilled about the new addition to his family. But even he wasn’t immune to the adorable nugget’s charm. The two quickly became inseparable. That’s when Chelsea noticed something special about the puppy. 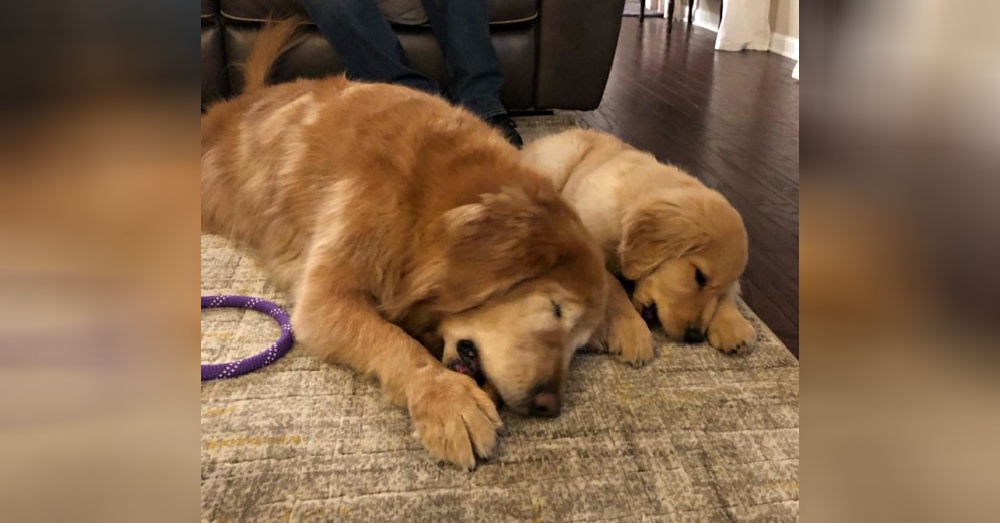 “When they would play, Maverick would realize that Charlie would lose the toy sometimes, so (Maverick) would pick it up and put it back in front of him to re-engage playtime,” Chelsea said. From there, the four-month-old began anticipating Charlie’s needs and helped make life easier for the senior dog however he could.

“They almost turn into little sled dogs where they’ll walk together.” Chelsea added. 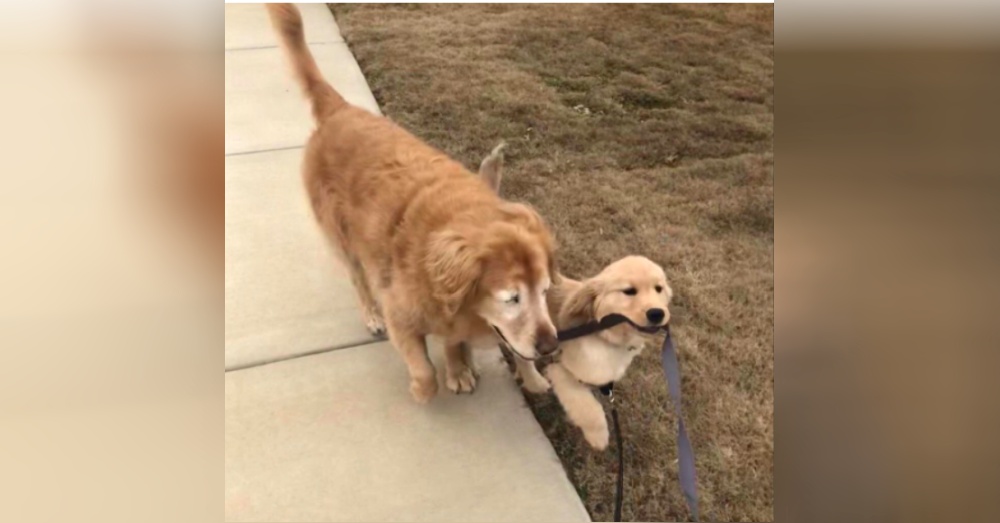 While Maverick isn’t actually trained as a service animal, it doesn’t make a difference to Charlie at all. The latter clearly appreciates his best friend no matter his qualifications. 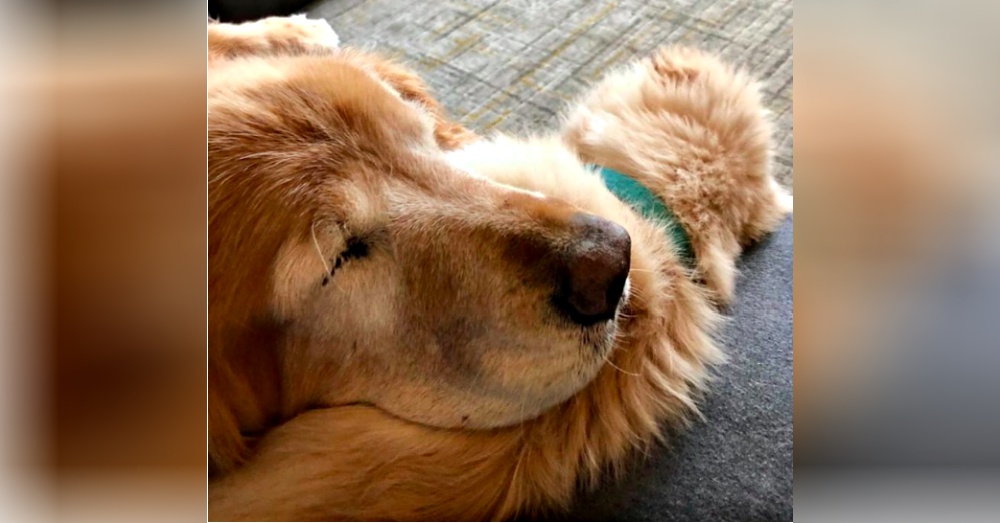 With a friendship so wholesome and pure, it’s no wonder Charlie and Maverick went on to become internet sensations. The sweet pair were recently featured on the mega popular Twitter account WeRateDogs and were given a rare score of 14/10! 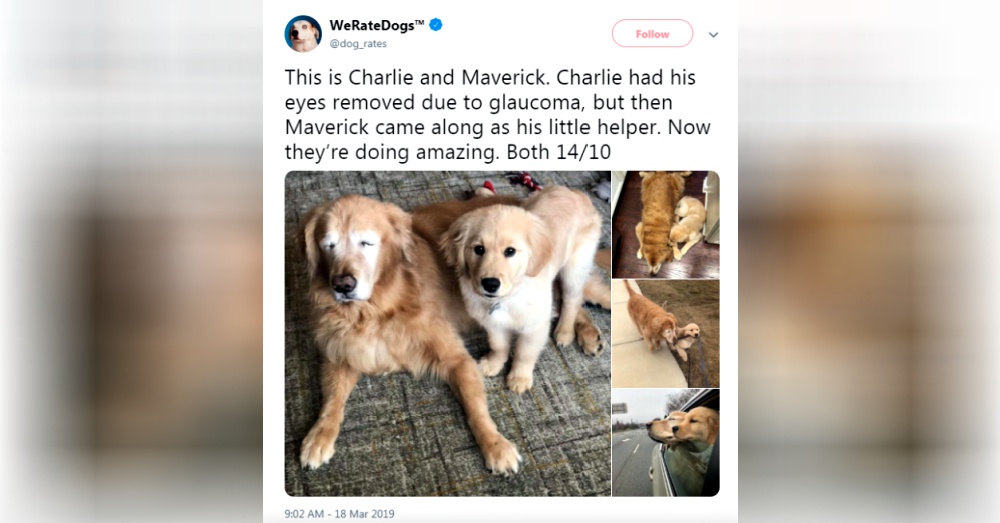 Whether you believe in fate or not, you can’t deny these two were meant to be together. Charlie may not have liked Maverick at first, but he probably can’t imagine life without his buddy now. 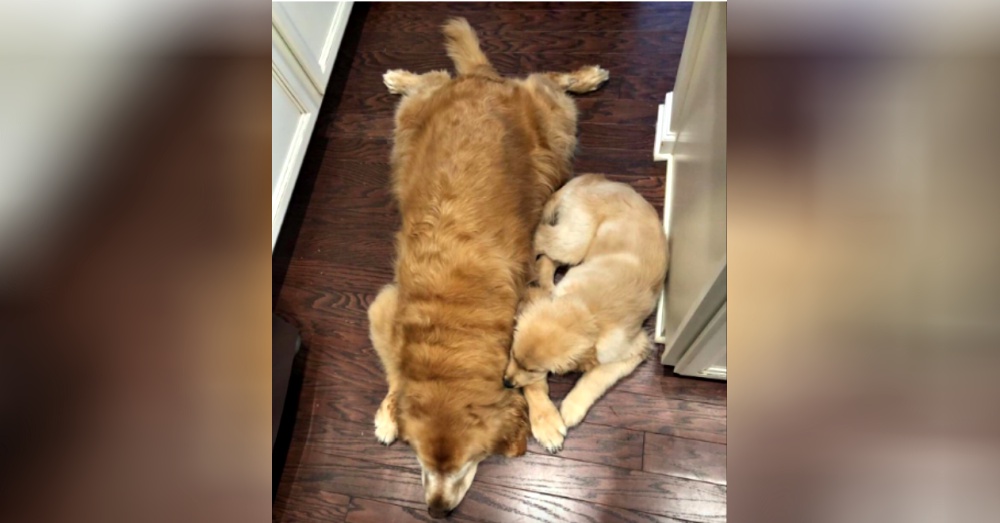 Here’s hoping they enjoy many more years going on walks, taking naps, and getting all the treats they can by each other’s side.

Watch as the cuties play a game of tug of war in the clip below and share with all the dog lovers in your life.

Senior Dog With Separation Anxiety Finds Comfort In Arms Of Mannequin Posing As Owner: Click “Next” below!