We can never predict when it will be our turn to help save the day.

One quiet morning in September, Ashley LaBrant of St. Petersburg, Florida, was in her backyard when she saw something unusual. Looking over the chain-link fence that separates her home from a canal, she spotted a scared white dog limping through the stagnant water. 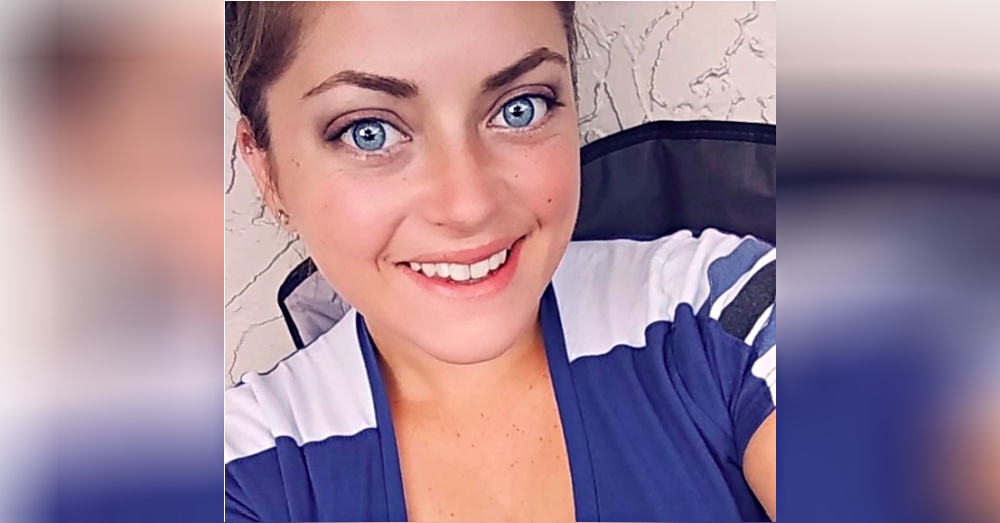 Typically, these canals are empty of everything except the occasional seabird, so the mom of two was immediately concerned. Hurrying inside, she dialed the Pinellas Park Police Department.

Not long after, Officer Fox arrived to check out the scene. Without a second thought for his uniform, he climbed over the fence and made his way down the slick wall into the murky water below. 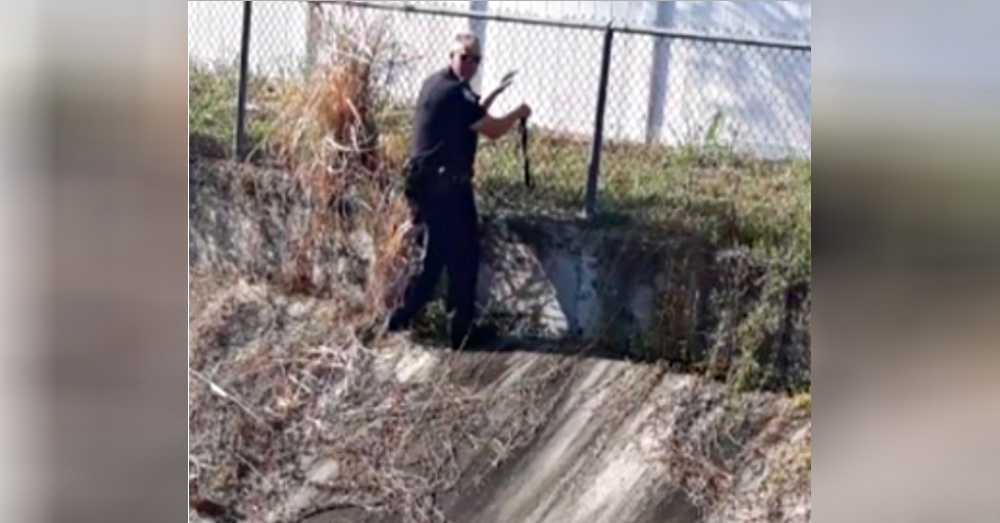 After slogging through calf-deep water, the compassionate officer held out his hand for the nervous dog to sniff. Then he grabbed the lead around the pup’s neck and guided him to safety. 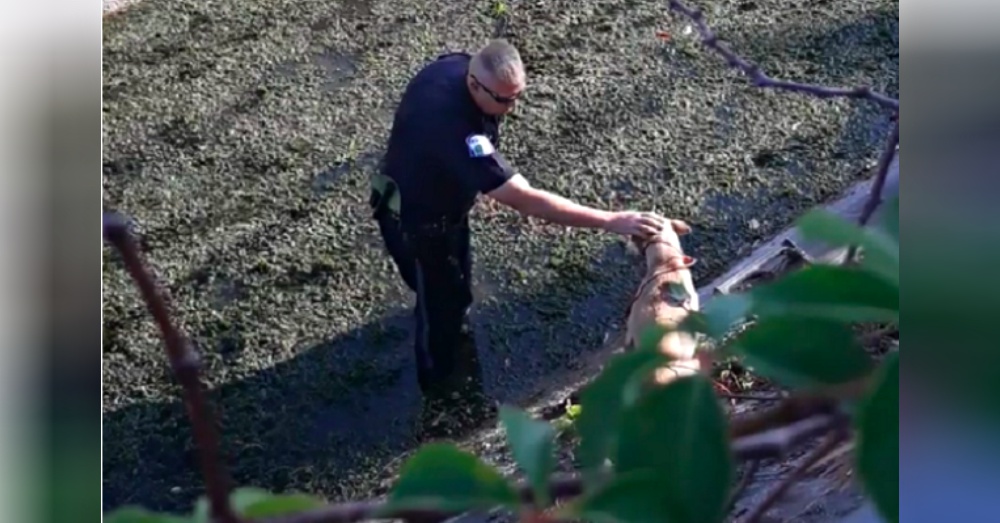 The poor dog’s paws were raw and bloody, and he appeared to be malnourished, so the cop took him to a local animal rescue for evaluation. Thanks to a microchip, they learned that FlipFlop had disappeared from his home and were able to quickly reunite him with his family!

Ashley shared the good news by posting videos and pictures of the rescue to Facebook. Officer Fox’s colleagues were also quick to praise his efforts, writing, “Our Police Department prides itself on caring for ALL of our residents.” 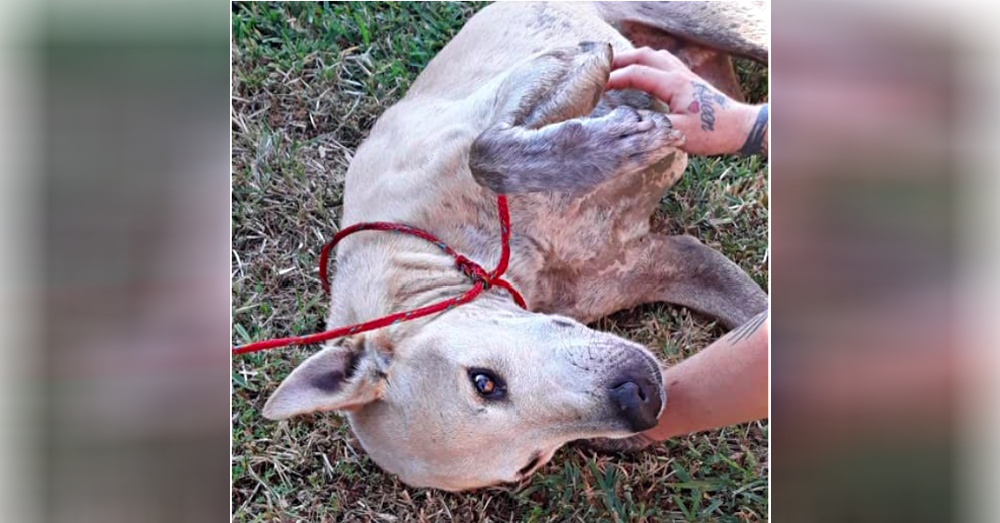 Well done, Officer Fox and Ashley! What an excellent reminder to be observant and help all living creatures when they’re in need.

Watch FlipFlop’s sweet rescue in the video below, and share this story to spread the word.

Montana Community Comes Together To Rescue Horse Stranded In Icy Canal: Click “Next” below!