Humans are a brilliant, innovative, and creative species. But we can also be incredibly destructive, especially when it comes to our planet.

It’s no secret that our oceans are filling with plastic and other discarded waste, not only posing a threat to the environment and marine life, but to us as a result. Fortunately, now, more than ever, people are stepping up to clean our collective mess — like the hundreds who just broke a Guinness World Record in Florida. 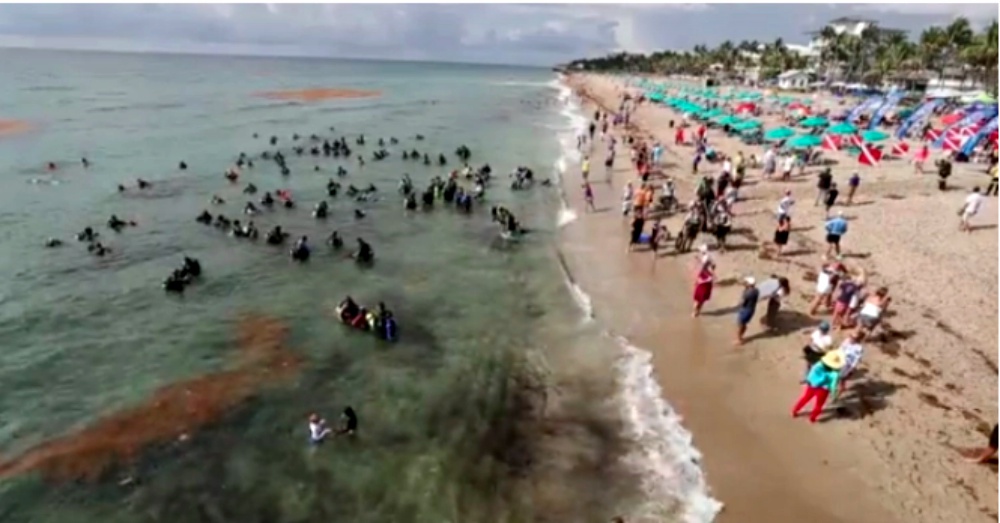 On Saturday, June 15, more than 600 scuba divers, including locals and divers from as far as Europe and South America, gathered around the Deerfield Beach International Fishing Pier for a good cause — and a challenge. They wanted to break the Guinness World Record for the largest underwater cleanup. 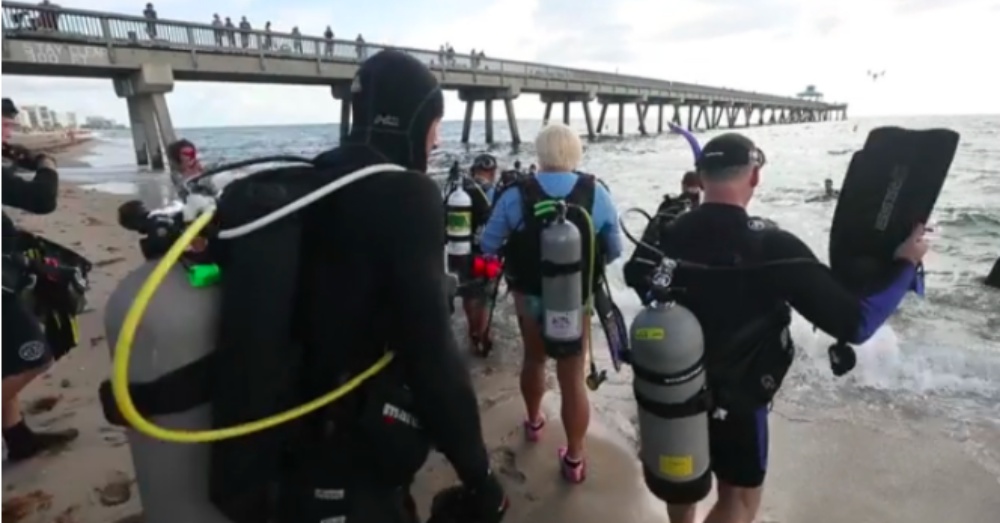 Guinness adjudicator Michael Empric traveled from New York City to oversee the attempt. They’d need a lot of scuba divers to surpass the current record, which was set in 2015 by 614 divers in the Red Sea in Egypt. And each diver would need to spend at least 15 minutes in the water during a two-hour period that morning. 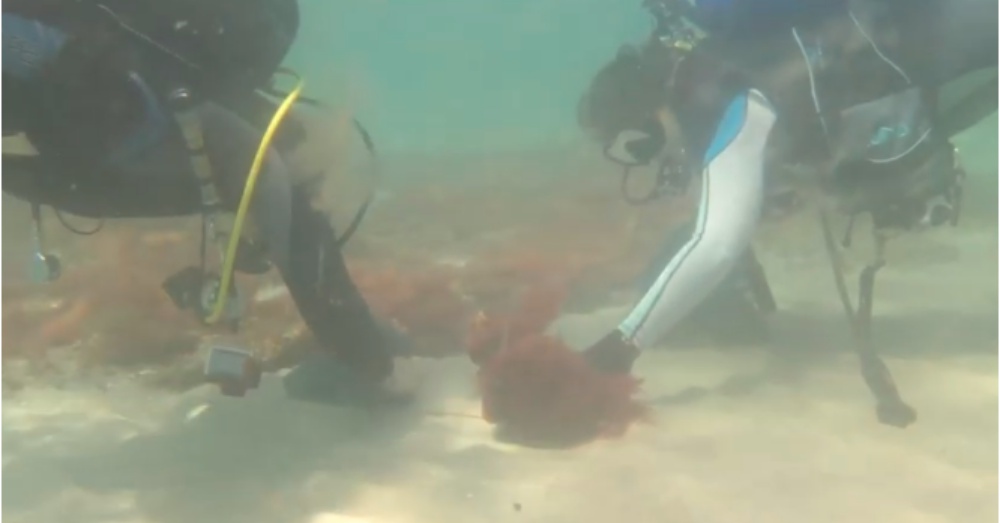 As the dedicated divers waded in and scooped debris from the ocean floor, they drew closer and closer to victory. The exact number amount of trash collected is still being counted. Right now the official weight is 1,626 pounds of trash and 60 pounds of fishing line, but ocean conservationists estimate the final weight could be as much as 3,200 pounds.

“It doesn’t matter what happens today with the Guinness World Records,” Michael said. “What really matters is that everyone is out there cleaning up around the pier and trying to improve the community.” 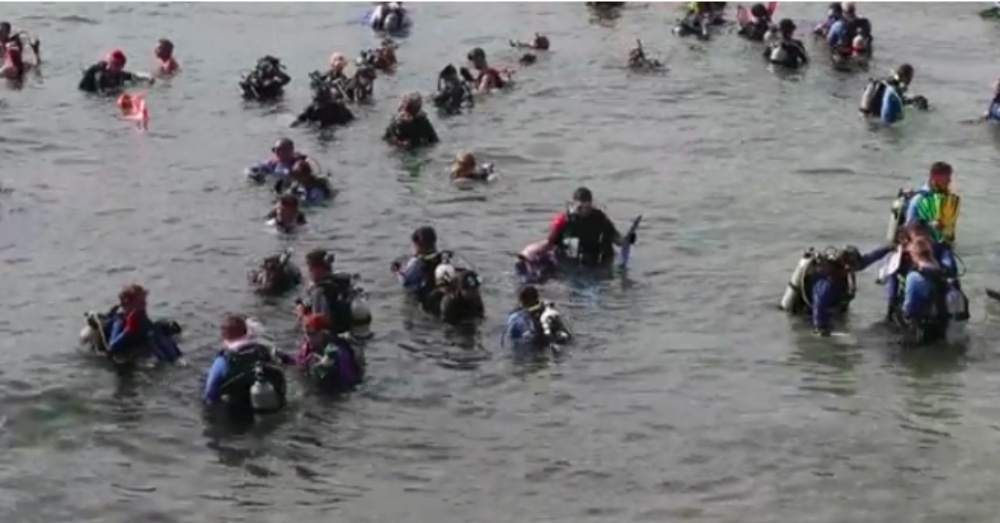 But it sure was satisfying for everyone involved when Michael finished the head count and announced they’d officially broken the record with 633 divers! 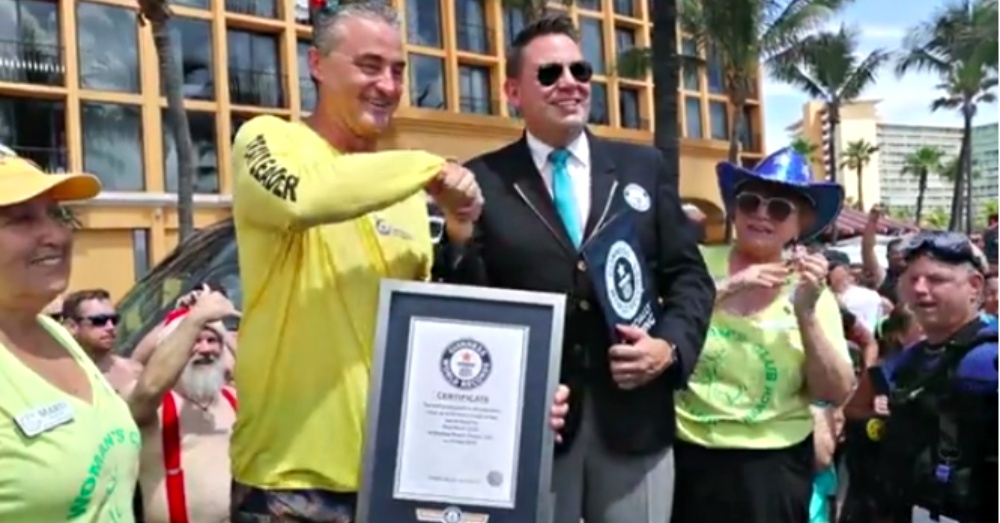 If we all followed their lead and pitched in where we live, just imagine the impact we could make! World record or not, this is an amazing initiative that needs to spread across the globe.

Check out more cleanup footage below. Share to encourage others to do their part to help clean up our planet.

Balloons Releases Are Killing Animals And Polluting The Environment: Click “Next” below!