Rattlesnake Is About To Attack Foster Mom When Shy Rescue Dog Bursts Into Action.

Jane Taylor has fostered many rescue dogs in her life so far, but the one who came closest to making her a “foster failure” has to be Nellie.

Nellie was just a 1-year-old pit bull who was left to die at a high-kill California shelter back in 2014. Texas rescue organization Final Frontier Rescue Project was able to save the dog from a terrible fate, bringing her back to Austin where she was shuffled from shelter to shelter for years. Finally, at age 5, Nellie found temporary happiness as a foster in Jane’s home. 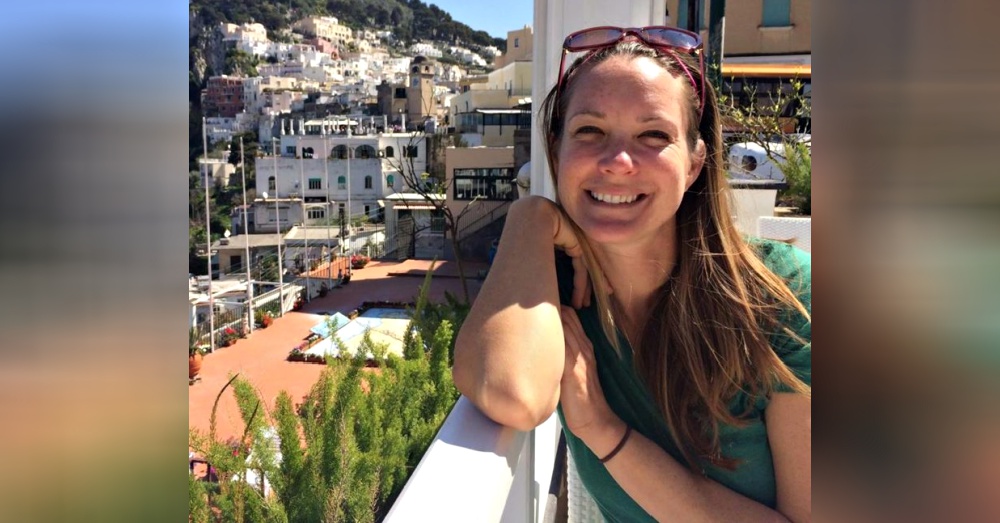 The dog had been severely traumatized by her early life. She was sick and overweight, terrified of loud noises and unfamiliar places, people, and pets. The shy little dog didn’t like to be touched and was fearful of everything. It took a lot of love, kindness, and understanding from Jane to gain Nellie’s trust.

“Nellie came to me a little bit chubby, which made her super cute,” Jane said. “We called her our little potato sack. But it wasn’t her true form, so we started doing runs together and now she’s a 45-pound pocket pittie.” 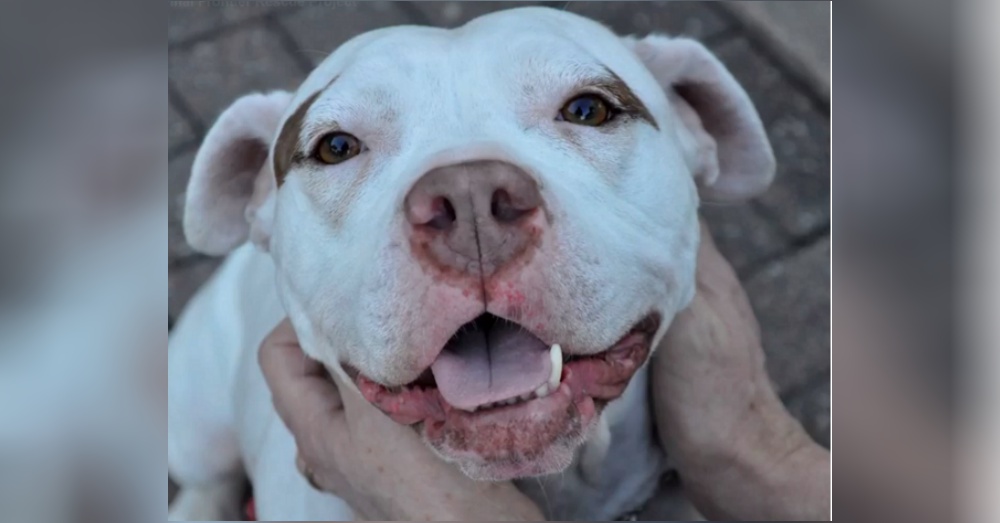 Just six months after joining Jane’s family the little dog proved just how far she’d come and just how brave she could be. Jane and her friend Michael had brought Nellie hiking. On the way back to the car they were walking through a remote area when Jane heard a telltale rattle and instantly froze. Before she could turn and run she saw a flash of white as Nellie burst past her and pounced on the rattlesnake. 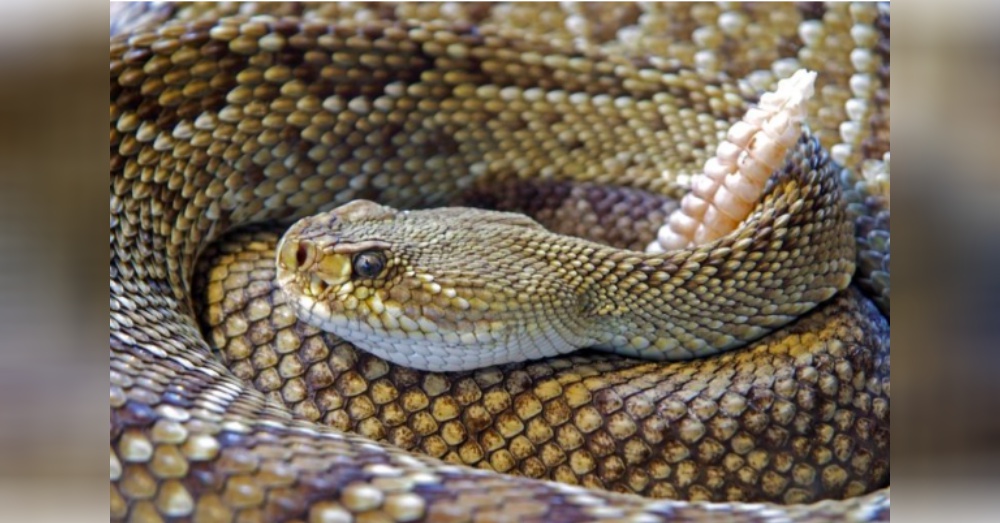 “She ran from behind me before I could even step away or turn around or anything — and she was on top of the snake,” Jane described. “When Nellie ran over, it was almost as if she was on it saying, ‘I got this one, Mom — keep going.’”

Nellie wrestled with the snake briefly and was rewarded for her heroism with a bite to the face. Jane’s friend thought fast and threw his jacket over the snake, dragging it away from a wounded Nellie. The dog lay on the ground, unresponsive. Fearing the worst, Jane and her friend picked up the dog and rushed her to the car. 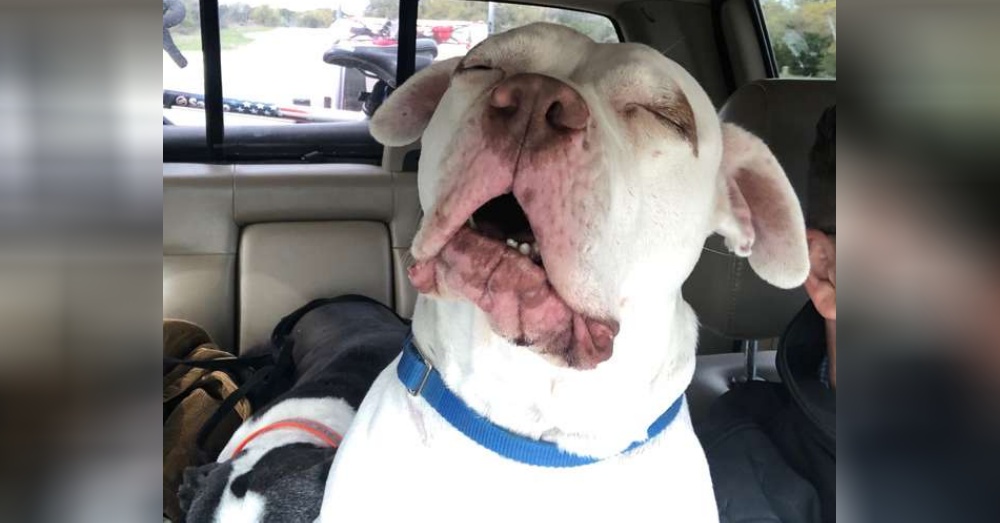 “When we got her in the car her eyes were closed, her head was tilted back and her mouth was open,” Jane said. “She wasn’t ‘awooing’ in pain, but you could tell she was unhappy. I knew that I had to get her to the vet as quickly as possible.”

At the vet’s Nellie received two vials of antivenom and antibiotics for the bite. She’s now on bed rest but is recovering quickly. “She’s such a resilient pup,” Jane said. “Two days later she was chasing squirrels again.”

Jane is hoping that telling the story of Nellie’s bravery will help her find a forever home. Jane will soon be moving to Hawaii to be near her elderly parents, so finding a permanent home for the dog who saved her life is now a top priority. 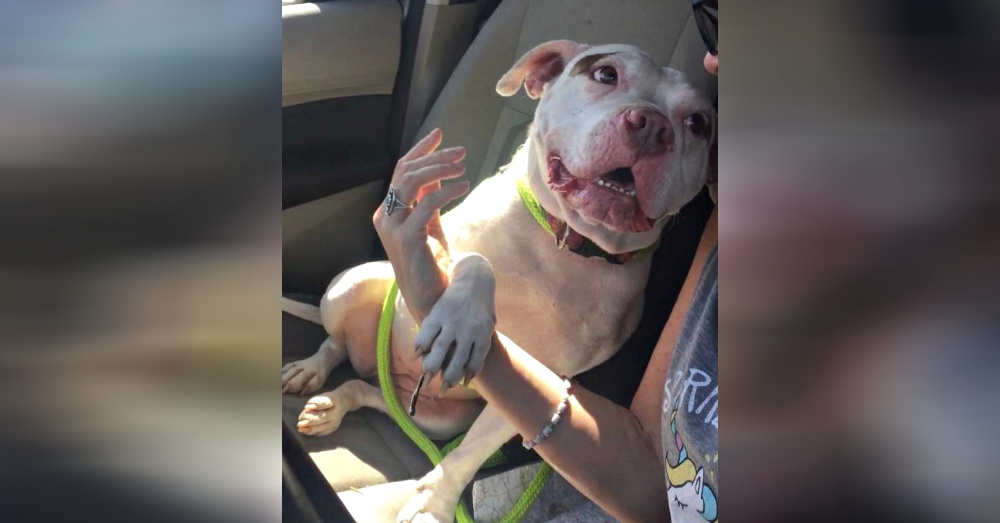 “She’s been decompressing and is finally understanding how fun life can be. Whenever we have visitors over at the house she just goes bonkers. When dogs come over, she’s realizing that it’s playtime. She has tons of toys so she’s not so possessive anymore.”

Jane says the dog is “super cute and just wants to make you happy,” and now she can even add “lifesaving” to her pedigree. Jane won’t ever forget how brave her new friend was when push came to shove, and now she’s returning the favor by finding her the perfect home to call her own. You can find more about adopting Nellie here. 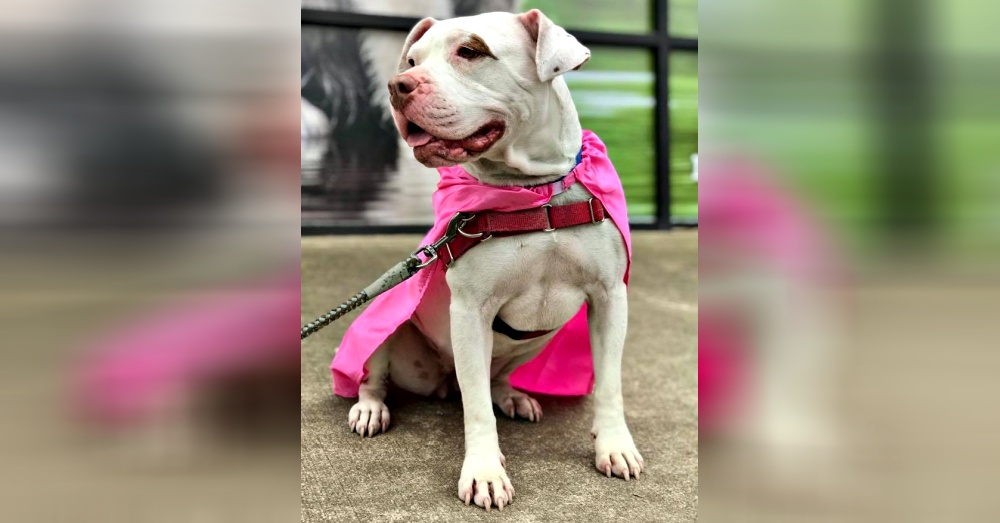 If anyone deserves a new lease on life, it’s this dog! We hope Jane’s story finds the perfect family to adopt Nellie. This girl clearly has a lot of love left to give and would lay down her own life to save yours. What more could anyone ask for?

Please share this story to spread the word and find Nellie a new home!