Concerned Neighbors Come Together To Move Homeless Woman And Dogs Into An Apartment.

There are no guarantees in life because all the planning in the world can’t prevent bad things from happening.

Lynn Schutzman of King of Prussia, Pennsylvania certainly never imagined she would be homeless at 70. After 43 years as a pharmacist, she had a good retirement fund, but a string of illnesses hit her after her husband’s death and drained her savings. 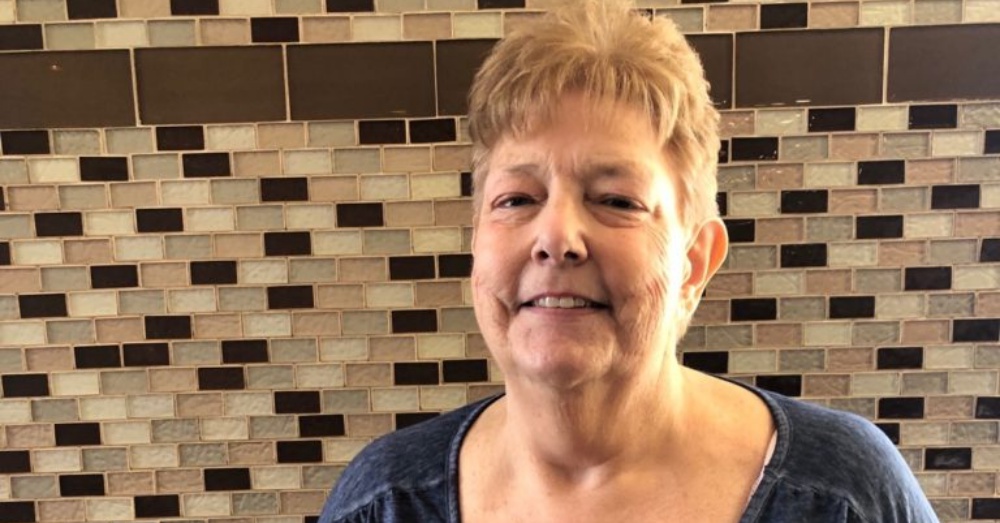 Over the past decade, Lynn has survived several strokes, breast cancer, thyroid problems, and kidney failure. Unfortunately, her medical bills left her unable to pay her mortgage or rent an apartment, so she had no choice but to move into her SUV with her two dogs, Chaucer and Chase.

She spent two years there because she didn’t qualify for affordable housing and had no family or friends to turn to. Moreover, she couldn’t enter any homeless shelters because they wouldn’t allow her dogs, and she refused to give them up. 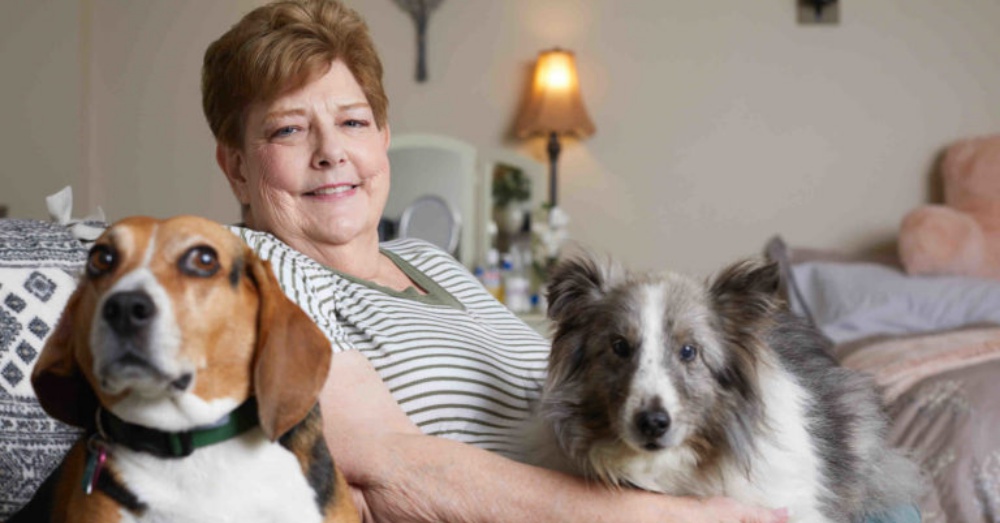 Embarrassed, Lynn did her best to hide her situation. She drove from parking lot to parking lot and saved so she could rent a motel room once or twice a month to shower.

It wasn’t until this April that somebody finally noticed her. Melissa Akacha, a pharmacist herself, pointed out the woman living in her car to her neighbor, Jennifer Husband-Elsier. The two began asking around online and discovered that Lynn was a respected mentor in her field.

They knew they had to do something. So after approaching Lynn and listening to her story, they went on a site called Nextdoor to rally the local community. 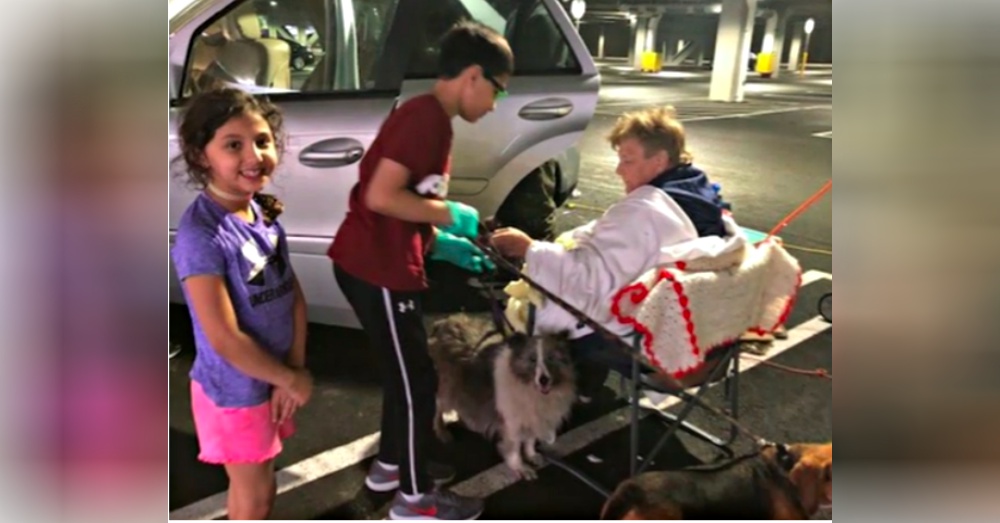 First, Melissa and Jennifer paid for Lynn to stay in a hotel. Then they began raising money to secure her more permanent housing and other necessities through GoFundMe.

“We need to help this woman,” they wrote. “No one should ever have to live the way she is living.” 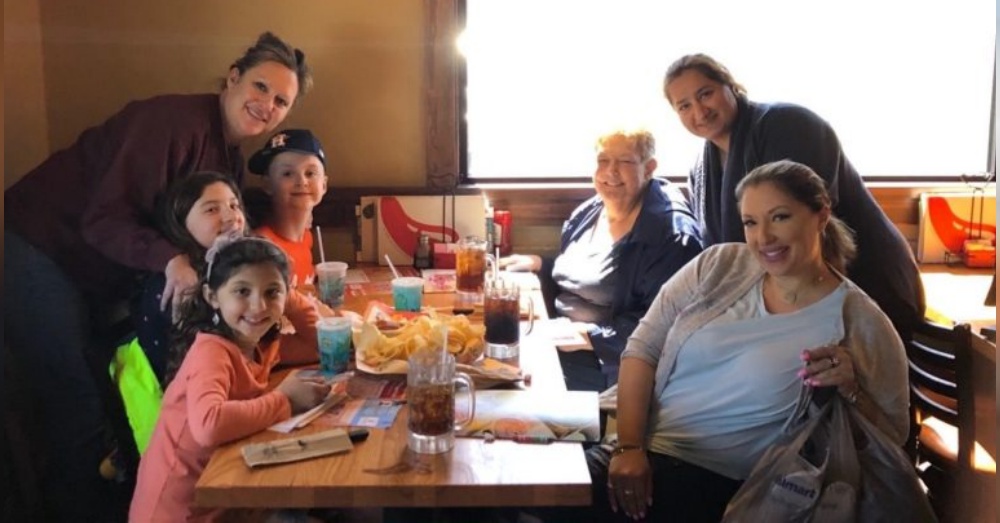 Their community came through in an incredible way! A little over a week later, they’d gathered enough to move Lynn, Chaucer, and Chase into their own studio apartment. Best of all, before they arrived, volunteers painted and furnished the apartment with donated items.

When Lynn walked in and saw her beautiful new home, she couldn’t help breaking down. 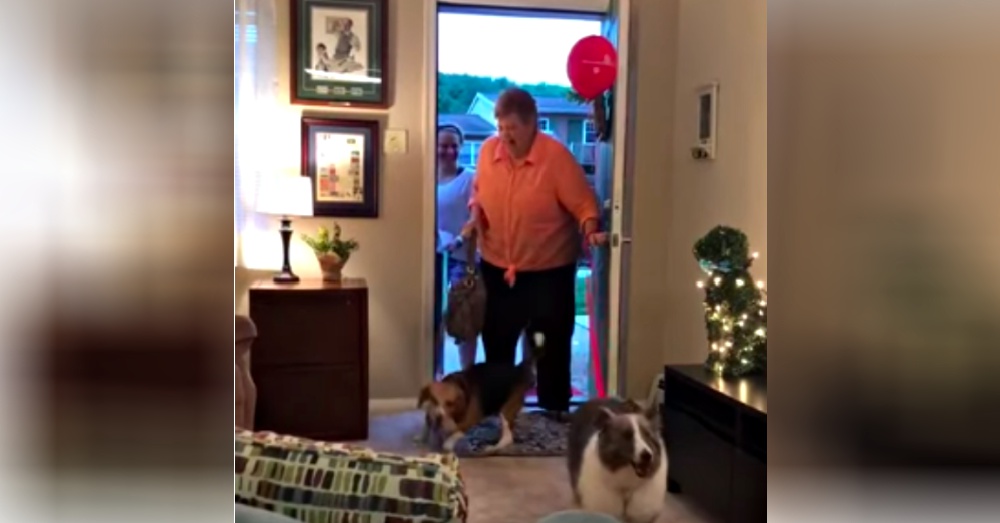 “It wouldn’t have happened without these angels,” Lynn told ABC News. “Sometimes, you know, just the kindness of strangers just makes all the difference in someone’s life.” 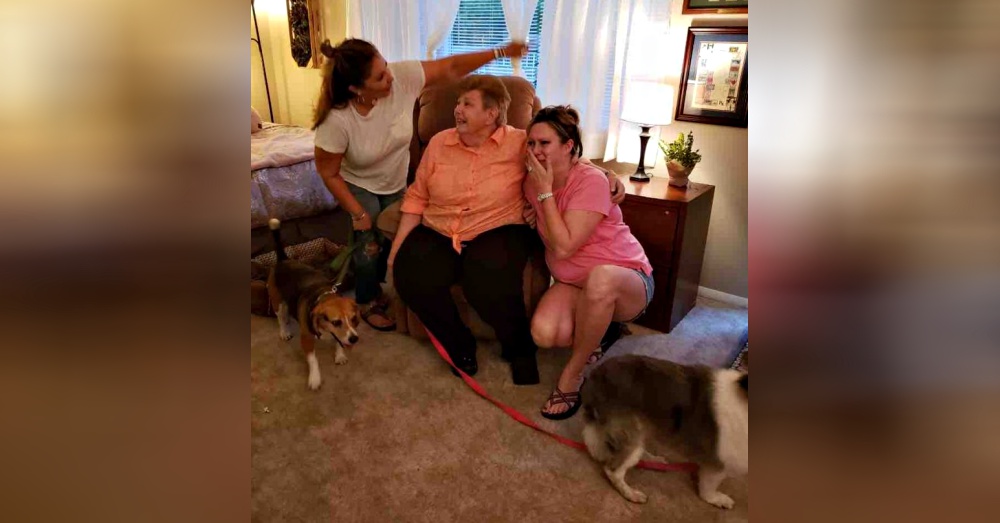 Jennifer was moved by the whole experience. “I know that Lynn needed us,” she wrote. “She needed friendship and love and people who care. I think what was surprising to all of us though was that we learned that we needed Lynn too.”

Thanks to the $30,000 these neighbors raised through GoFundMe, Lynn’s rent is covered for the next two years. But because of her medical bills, she could always use more help. 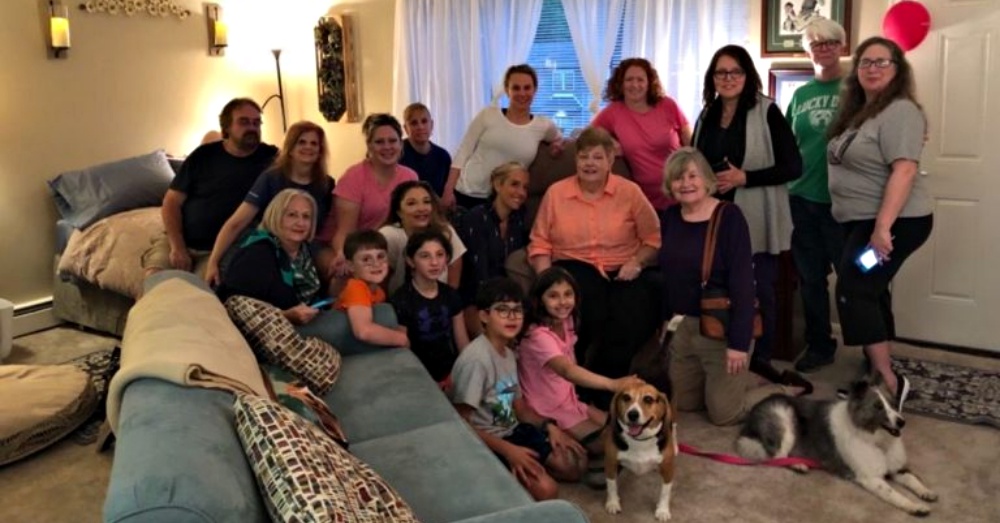 What an incredible example of a community coming together to support a neighbor in need! We’re wishing Lynn and her sweet pups all the best moving forward.

Watch her enter her home for the first time in the video below, and share this story to celebrate life-changing acts of kindness.