Motorcyclist Finds Injured Bald Eagle Stranded On Busy Highway & Rushes To Save Her.

Like most Americans, Dandon Miller is no stranger to traffic jams. As for what causes them, the sight that greeted him during Memorial Day weekend was definitely a first.

The Pennsylvania motorcyclist was heading from Philadelphia to his home in Lancaster on May 25 when traffic on the highway came to a standstill. He pulled over to get a better look ahead and couldn’t believe what he saw — though it was strangely fitting considering the approaching holiday. In the middle of the road stood an injured bald eagle.

“Another person was there and they kind of nudged her a little bit to see if she would walk off the road or fly away,” Dandon said. “She spread her wings open and was not going to go anywhere.” 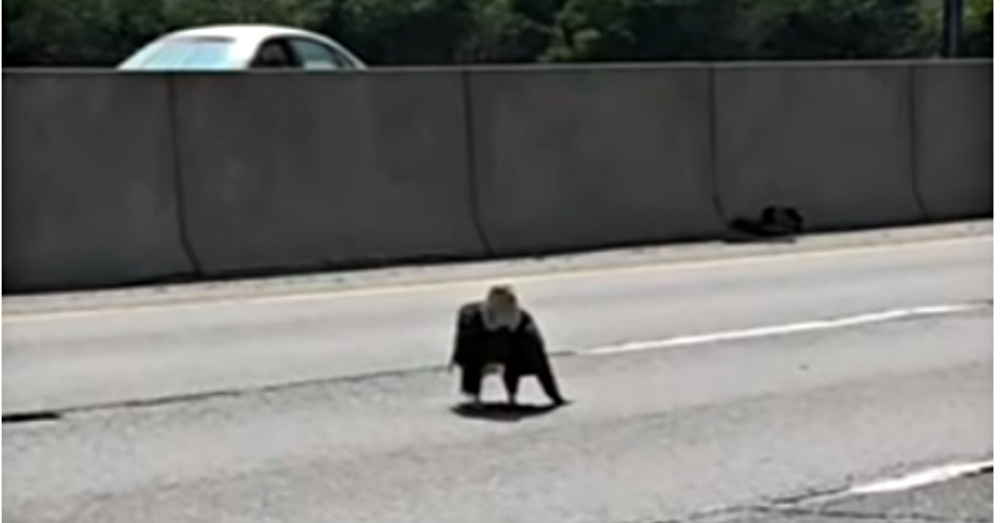 Dandon isn’t the type of person to sit back and do nothing when an animal is in danger, so he took off his flannel shirt, wrapped it around the bird, and scooped her up before calling 911. He held onto her for 45 minutes until rescuers arrived. 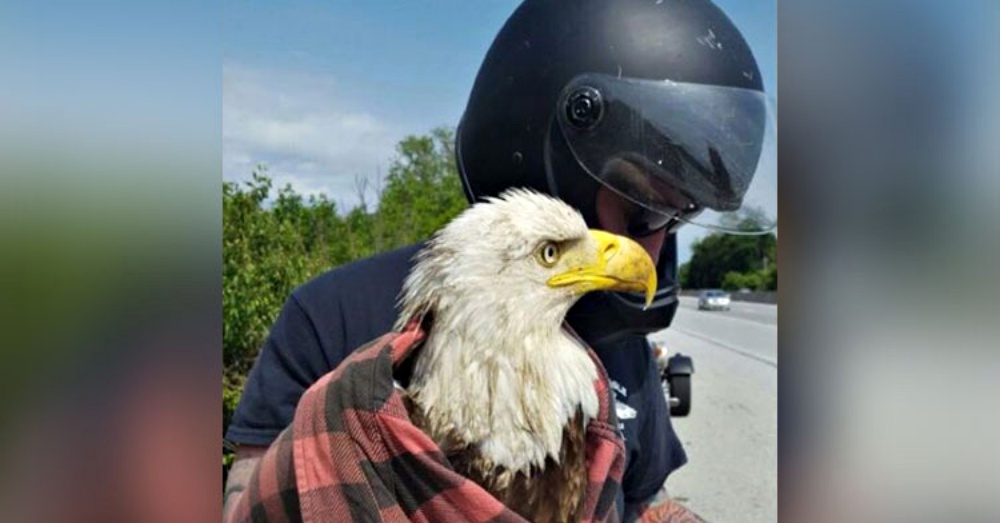 While he expected the eagle to put up a fight, she didn’t resist at all.

“I picked her up and she was very calm,” Dandon added. “She got a little worked up when people started wanting to take pictures, but we were able to get that under control.” 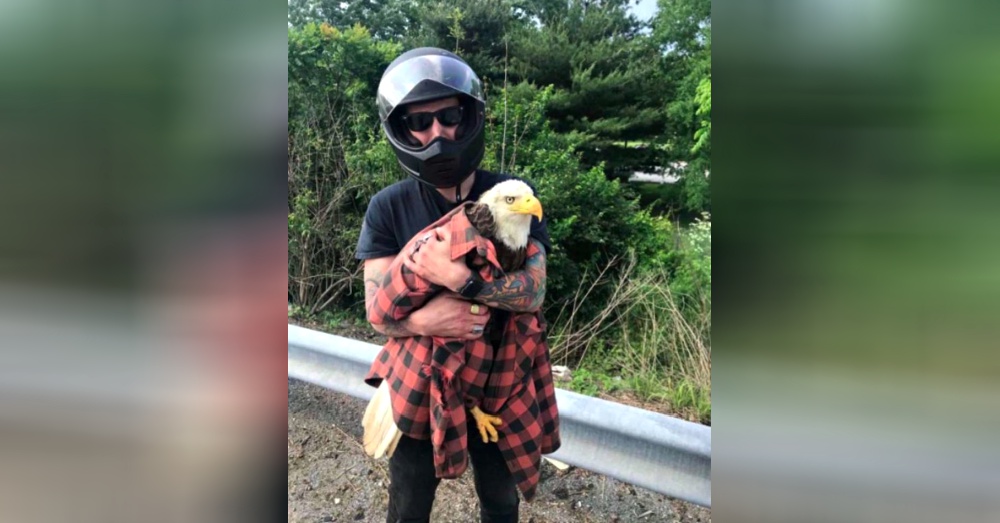 The eagle’s powerful talons, did, however, tear holes in Dandon’s favorite shirt. But saving her was worth it to him. Plus, now he has some awesome photos of the experience and the coolest story to share! 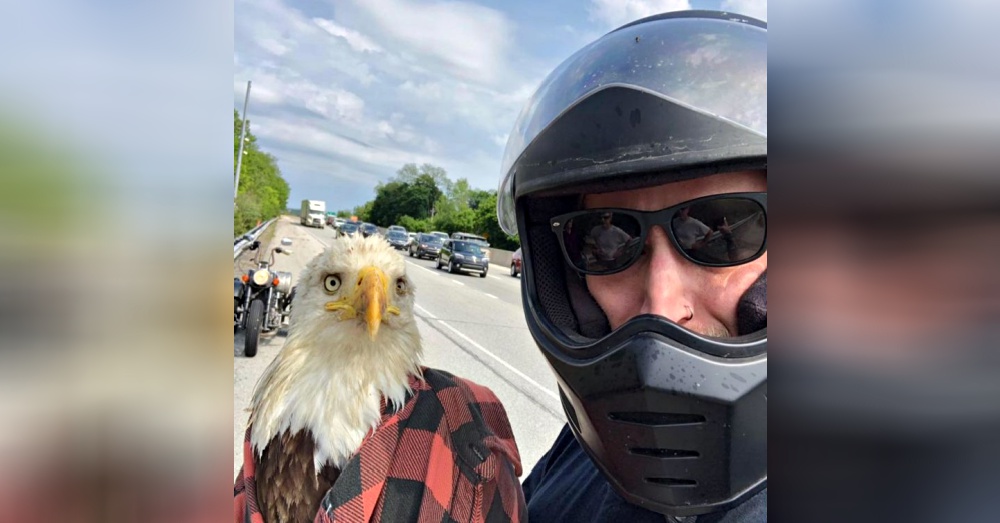 After being safely removed from the highway, the eagle was transported to Tri-State Bird Rescue and Research, a nonprofit rehabilitation center for wild birds. They’ve already treated the injury to her wing and are happy to report she’s doing much better. 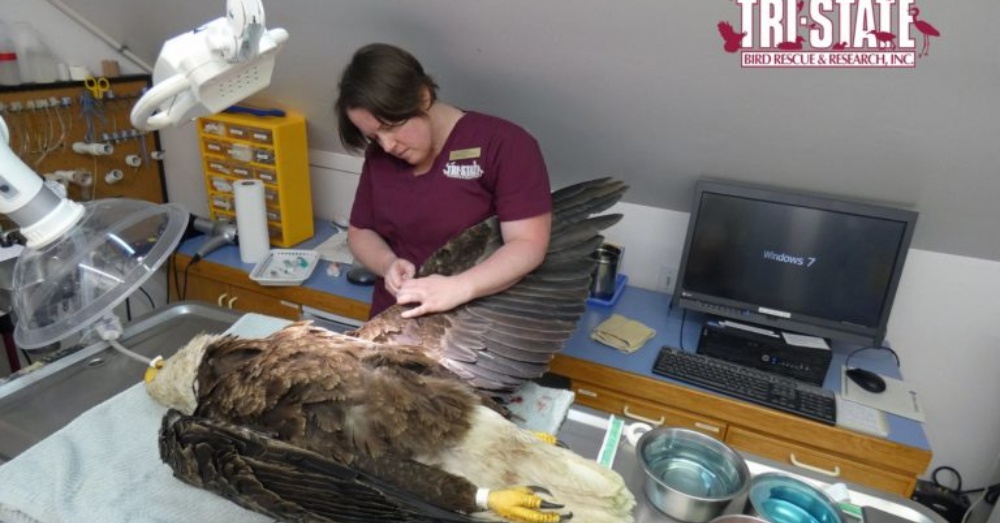 We’re so happy this beautiful creature is off the busy highway and on the mend! Though Dandon must have been intimated by her sharp talons and beak, that didn’t stop him from becoming her hero. You can help the organization with her care by donating on their website. 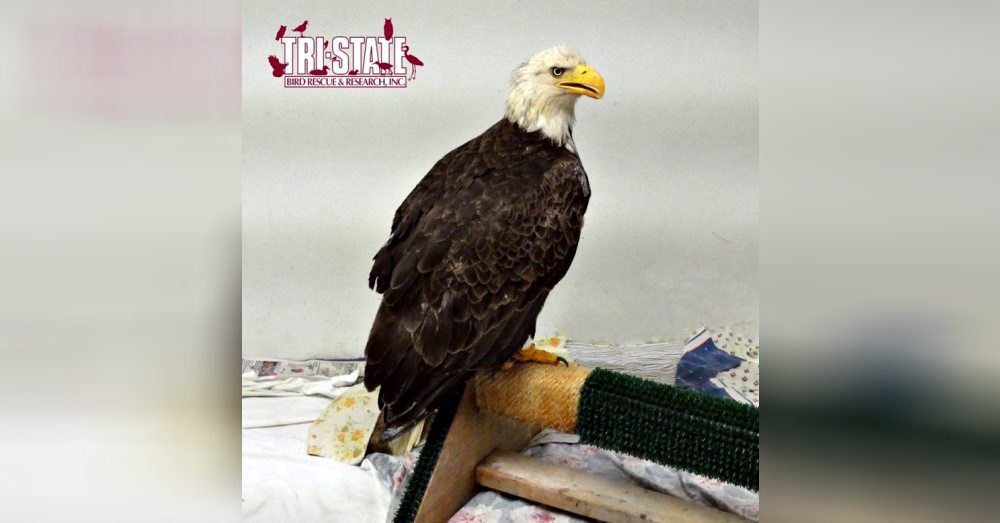 Learn more about this amazing rescue in the video below, and share to spread thanks to everyone who helped keep her safe!

Poor Dog Has Been Chained Up His Entire Life. Watch His Reaction When He First Sees The Ocean: Click “Next” below!