190-Lb Mastiff Had To Be Rescued On Hike And Photos Prove He’s A Very Good Boy.

We all need a helping hand sometimes, and our pets are no exception.

A family in Salt Lake City, Utah went for a hike one fall day with their 190-pound mastiff Floyd. The steep trail they followed awarded them with majestic views of Salt Lake Valley, but on the way down, their adventure took a bad turn. 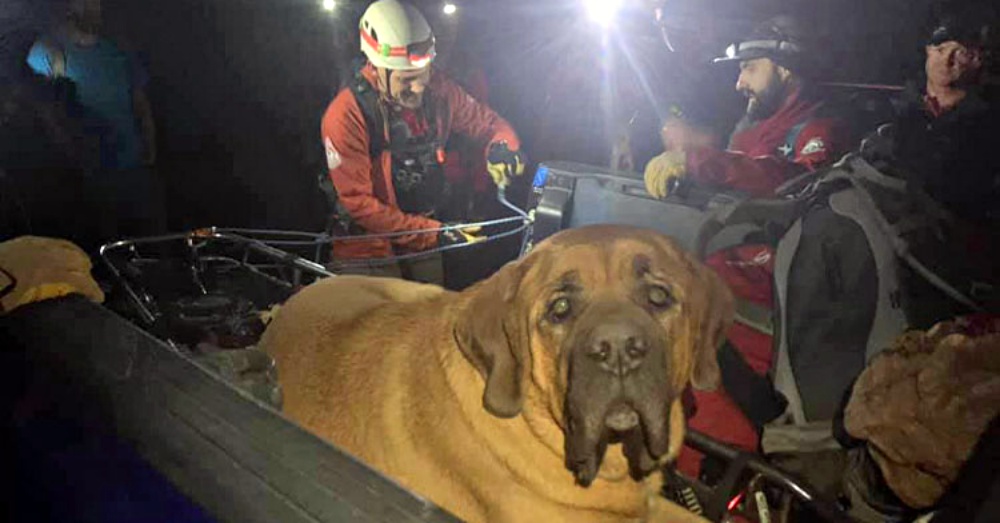 Concerned hikers began calling the Salt Lake County Sheriff’s department around 6:30 p.m. after noticing Floyd had collapsed with a long way to go.

Amy Sandoval was hiking Grandeur Peak Trail with her brother, Floyd’s owner, and a few other family members when they went the wrong way on the descent. They had to navigate an overly challenging section with Floyd and a 10-year-old in tow. Eventually, they managed to get back on the trail, but Floyd was done. 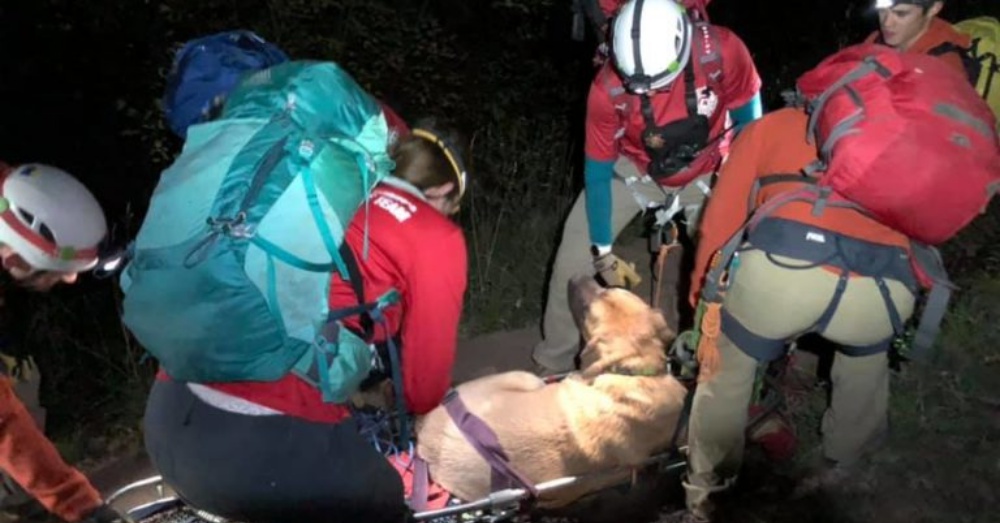 The family had tried to bring enough water for their sweet pet, but they started to run low. Thankfully, many kind fellow hikers stopped to assist them, offering them water because they’d given all of theirs to Floyd. “A vet also stopped to examine Floyd and recognized what bad shape he was in,” Amy said.

But they weren’t just running out of water. The sun was going down, and they had to get the young children with them out of the cold. Most of their group kept going, but Amy said, “My brother never left his side. He was going to sleep with him overnight.”

Thankfully, he didn’t have to. Help was on the way! 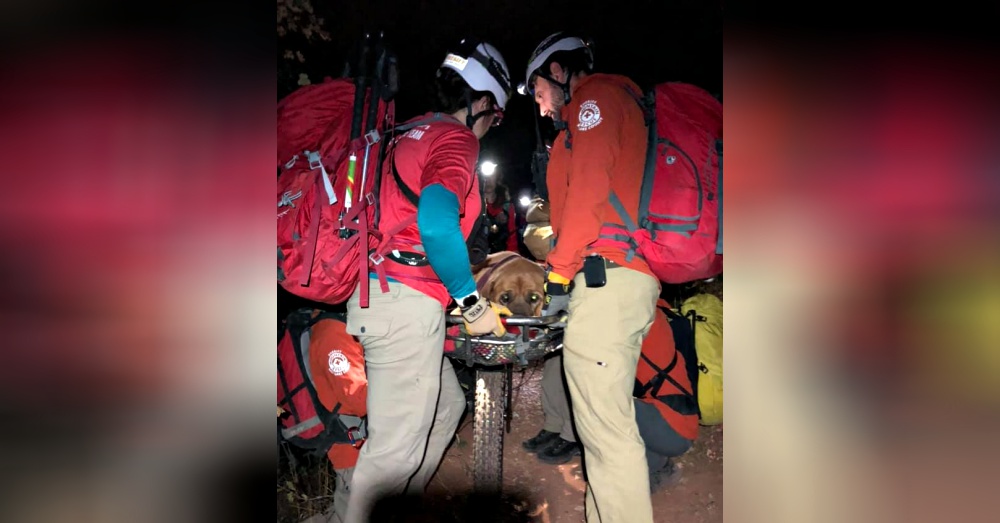 Members of Salt Lake County Sheriff’s Search and Rescue team headed two miles up the trail to reach Floyd and his human. After taking one look at the big dog, they knew they had their work cut out for them!

They put the 3-year-old mastiff in a litter and proceeded to carry him down the mountain, taking the journey one careful step at a time. The sheriff’s office later reported, “Floyd was a good boy and was happy to be assisted.” Even with his cooperation, the rescue mission took about four hours, but everyone made it safe and sound!

Floyd and his family couldn’t be more grateful for the lift! “He’s resting well at home,” Amy said later. “I am SO relieved this turned out and my brother and Floyd got off the mountain. Thank you, search and rescue volunteers!” 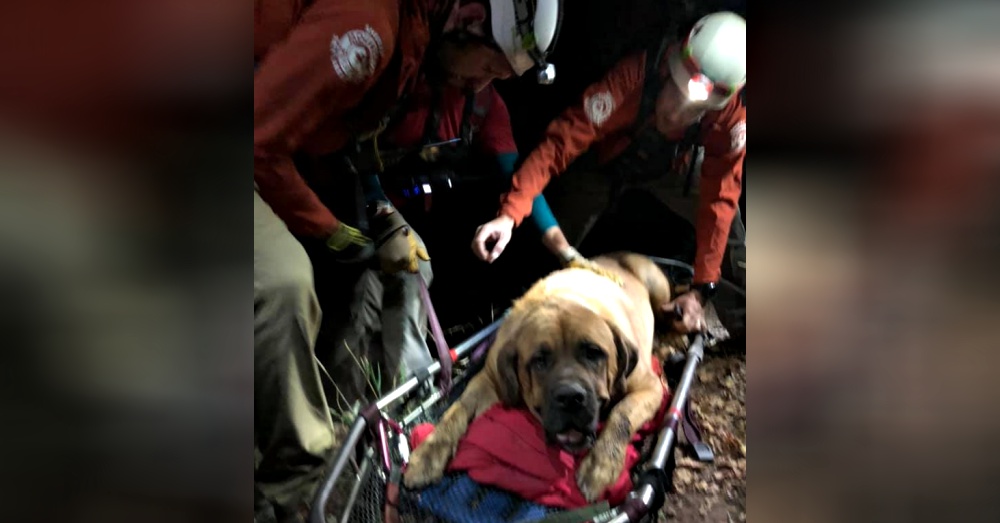 Now that’s a big job, but these wonderful rescuers took it all in stride! Floyd will most likely need about a week of relaxation to recover from his daring weekend adventure. And maybe he’ll stick to the dog park from now on. That might be more his speed!

Watch Floyd’s rescue in the video below, and be sure to share.

Photo Of Dog Freezing In The Back Of A Truck Causing Heated Debate: Click “Next” below!