Kris found his 3-year-old dog Jordan at a Tampa, Florida animal shelter and was told she’d spent her entire life in a cage. Once he got her home, Jordan became his best friend and loyal companion for 11 years. When she passed away he decided to honor her memory by helping the shelters who work hard each day to find animals their own forever homes. 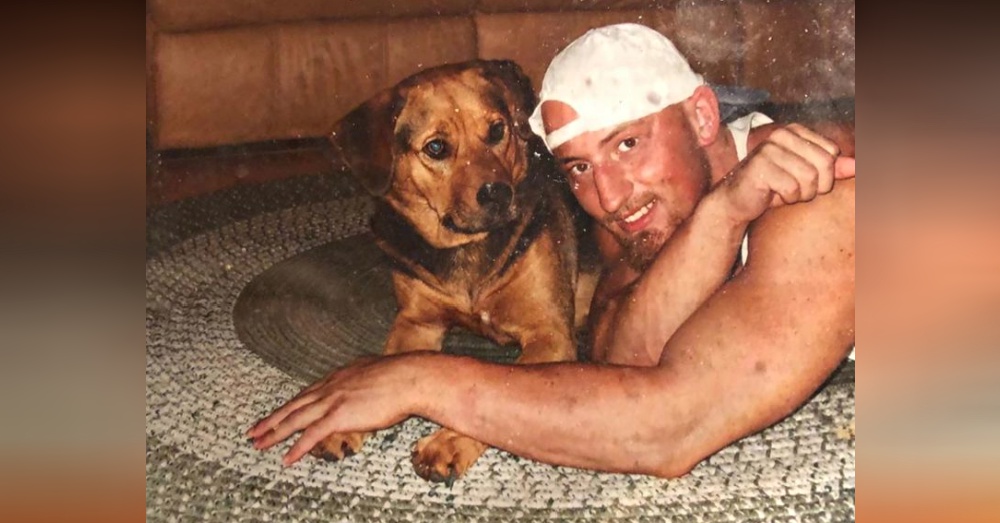 “Jordan was my best friend for a long time. For 11 years, she was a rock for me,” said Kris. “After her passing, I made her a promise. I’d help pets in need so that they could live meaningful lives spreading love and joy into the hearts of the people that adopted them.”

Kris started a nonprofit called Jordan’s Way to raise funds to feed shelter dogs throughout the United States. In the year since he started the program he’s already donated a full year’s worth of food to 100 shelters! Kris raises money through “stunts for shelters,” a concept that involves doing something extraordinary to get media attention and drum up donations.

An avid body builder, Kris kicked off his stunt campaign by pulling a 250-pound tire for 13 miles. He later upped the ante even more, pulling that same heavy tire for 100 miles around Central Park in New York City over the course of 9 days last July. 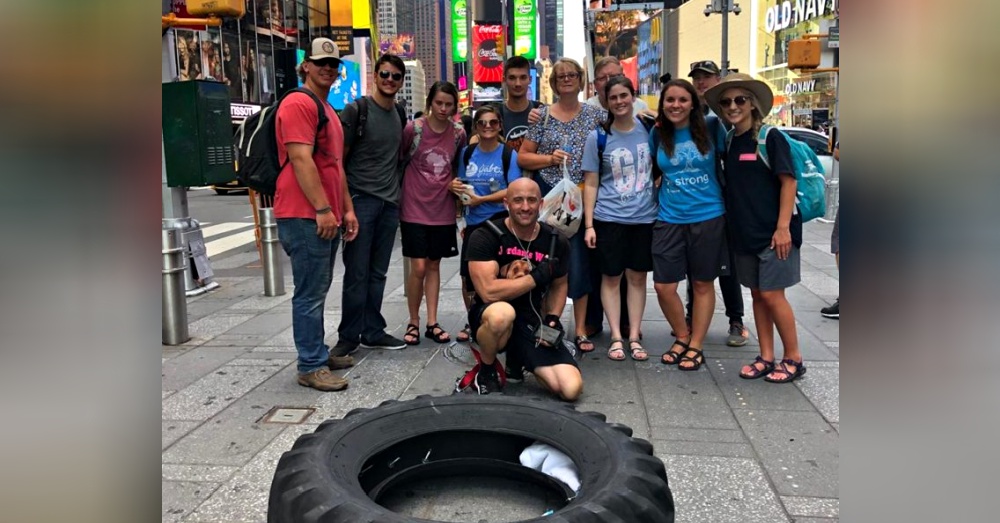 “I’m raising awareness that small animal shelters that don’t get government funding need anywhere from $75K-100K per year to keep providing food, medical care, transportation, and shelter to rescue animals,” Kris wrote on GoFundMe. “These shelters are run by caring individuals like you and me, and want to see their animals land in a fur-ever home where they can love and be loved for their entire lives.”

Last year he also spent a few nights living inside a cage alongside shelter dogs at the Humane Society of Pasco County. For 2020, he took the live-in shelter stunt to a new level, spending 10 whole days and nights inside the shelter to raise awareness and money for Jordan’s Way. 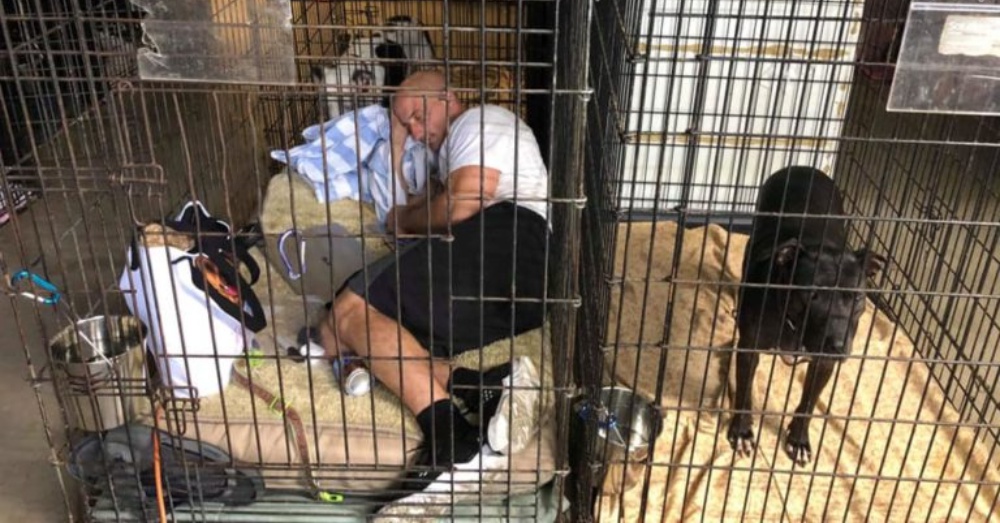 Even shelter workers were surprised when Kris approached them and asked if he could sleep with the dogs and stream the experience on Facebook Live. “At first I said, ‘Is this guy crazy? Is this guy crazy?’ Because our kennels are outside,’ said Christine DePaolo, Vice President of the Humane Society of Pasco County.

Once they realized he was serious, Kris carried through with his plan. “Rambo is my bunk-mate for sure,” said Kris, sharing a photo of himself and one of the six dogs currently living in the shelter. His efforts were successful and he reached his fundraising goal. More importantly, Kris hopes his stunt will encourage people to give shelter dogs a second chance in life. 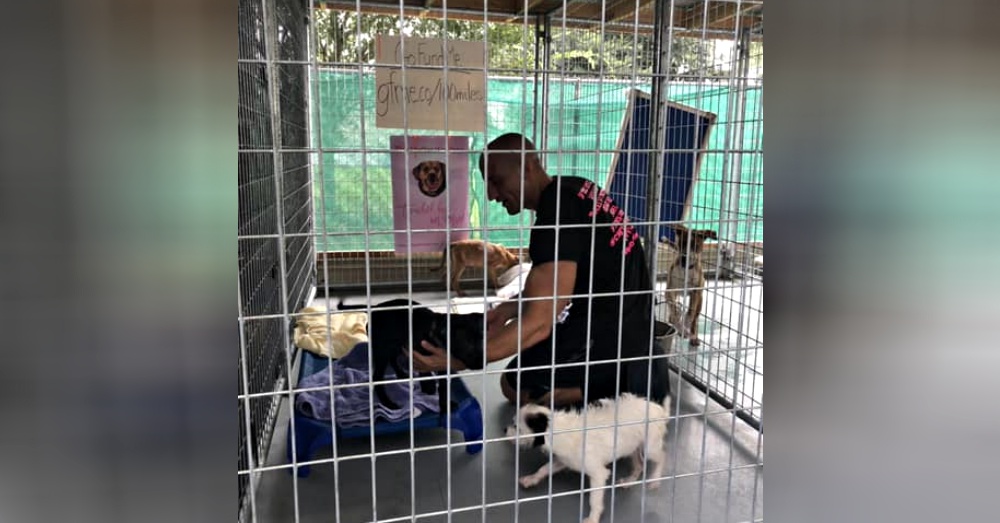 “With these animals, most of them have been abandoned, some of them are strays. It’s like, with every setback there’s a comeback I always say. And for these dogs it’s the same concept,” Kris said. Christine agrees, adding, “They all have something very special about them. And we’re lucky enough that Kris spends enough time with them for people to actually see that.”

In addition to raising money, Kris’s sleepovers have helped more than a dozen animals get adopted in the past year. 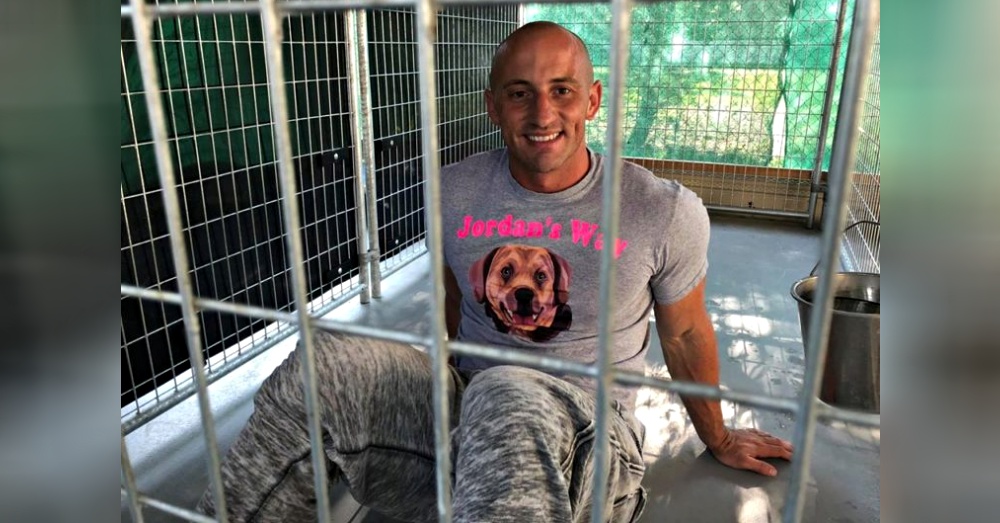 Sacrificing your own comfort for more than a week is not something just anyone would do. Our hats are off to Kris and his team of animal warriors!

Share this story to spread the word about Kris and Jordan’s Way.

Vet Spends The Night In A Freezing Dog House To Show How Much Dogs Suffer During Winter: Click “Next” below!