Man Strips Down And Dives Into Freezing Canal To Save Struggling Deer.

Marc Headon, a painter and decorator from Gainsborough, Lincolnshire, United Kingdom, was driving with his friend Jay Tonk when they spotted a deer struggling to keep its head above water in a canal in Saxilby.

The two friends pulled over and watched as the animal tried and failed to climb out of the steep sides of the canal, but it soon became clear that if they didn’t intervene the animal would drown. 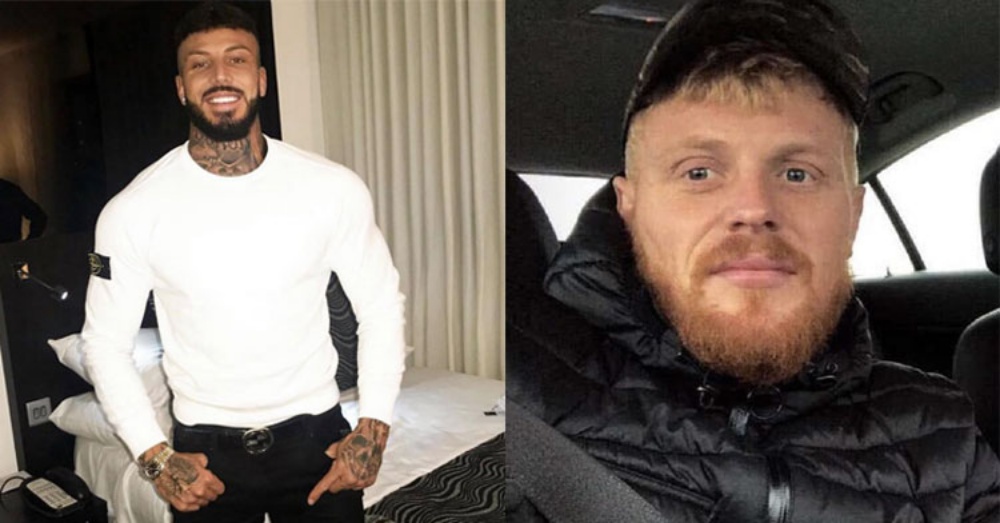 All the men could see of the deer was its ears as Marc quickly jumped out of the car, deciding on the spot that he wasn’t about to let a helpless animal die right in front of his eyes. Stripping off his clothes down to his underwear, Marc rushed into the freezing cold canal without hesitation.

Jay began filming the dramatic rescue on his cell phone, capturing the tense moments when Marc swam across the canal to grab hold of the deer. Grasping it in his arms, he then swam back towards the shore with the exhausted animal. 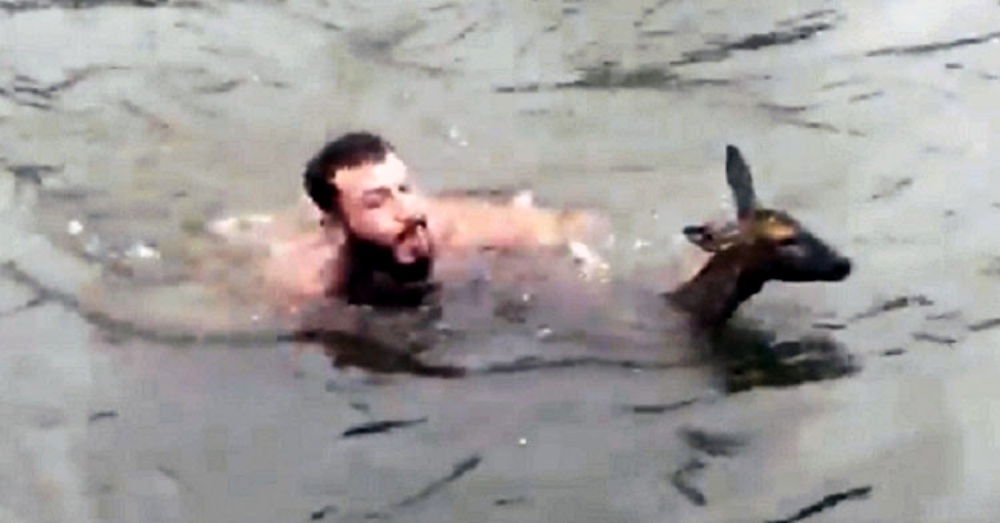 Once back on dry land the animal was weak and trembling with fear and cold. Marc ran his hands over the deer’s body to warm him, then used his own dry clothing to wrap up the deer in hopes of staving off hypothermia. Too exhausted from the exertion of staying alive, the deer lies still and lets his hero help him. 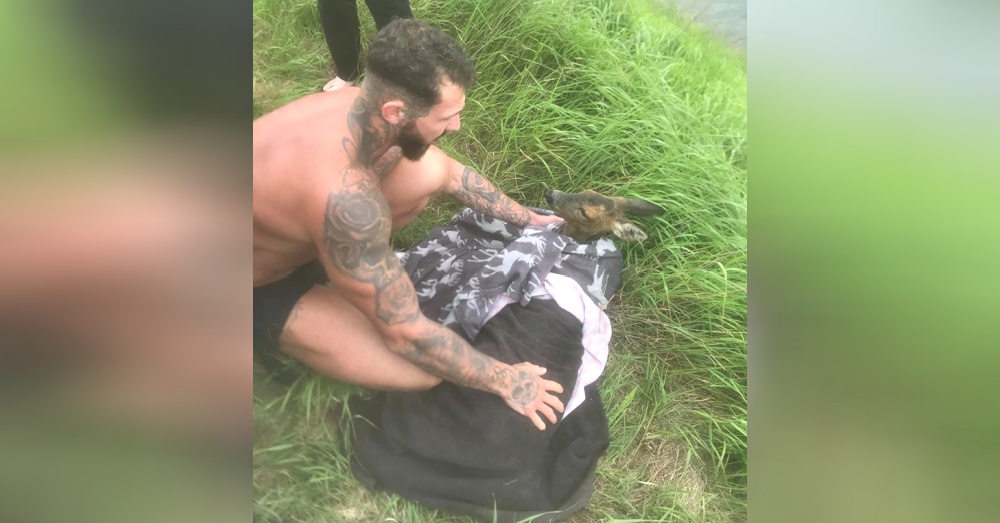 Jay later shared videos and pictures of their adventure on his Facebook page, explaining, “Madness just driving past the canal in Saxilby.”

“Seen it was a baby dear struggling to keep its head up, seconds of drowning, must of been in there hours, and Marc jumps straight in and saves it,” he added. After a few moments Marc helped the deer to its feet and stood with it until it got its bearings. The two friends them released the animal, no doubt hoping he ran away from the water this time! 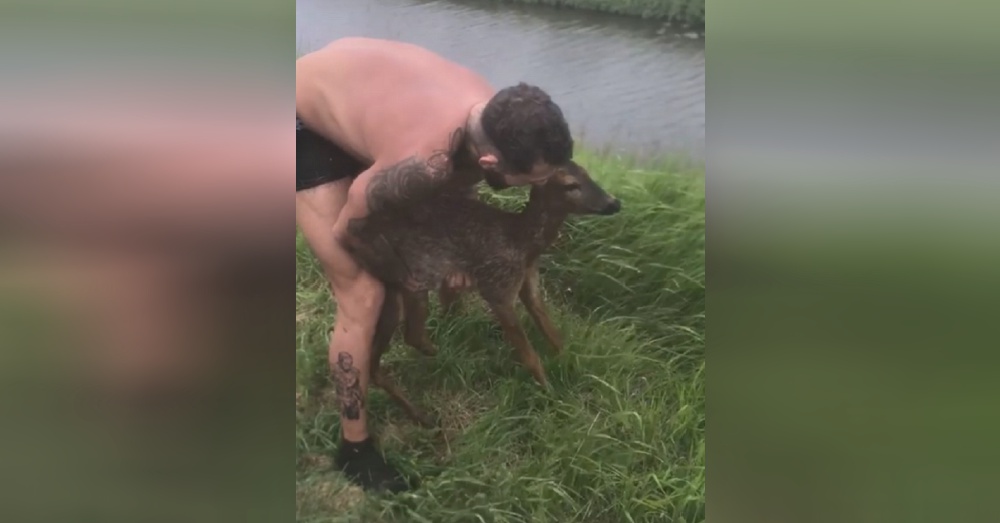 Marc’s heroic efforts have so far been rewarded with thousands of thankful comments on Facebook. People from all over are congratulating this man for risking his own discomfort and safety to save an animal. Heroes come in all forms, and there’s no doubt that Marc’s kindness qualifies him for hero status!

Watch the video below and please share to thank Marc for thinking of the animals.