Canadian Family Desperately Searches For Lost Dog Then Gets Call From US Coast Guard.

What would you do if your beloved pet ran away from you while you were visiting a place where he didn’t know the land? Would you stay on an extended vacation until you found him or would you eventually admit defeat and return home?

Kailaan Walker and Lydia Selin were faced with this very situation over Christmas when they were visiting family and their pup ran away. The couple ultimately had to return home but the US Coast Guard delivered a sweet surprise to them. 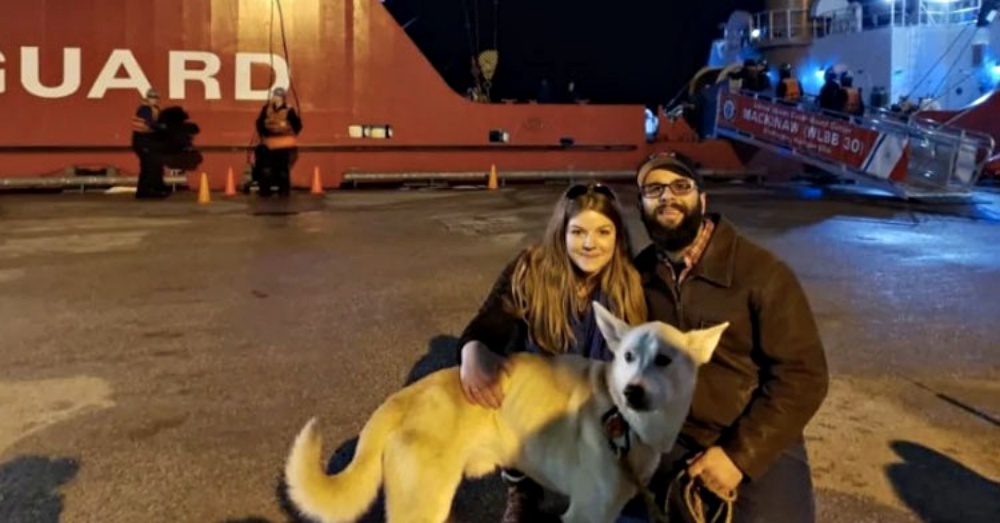 Kailaan and Lydia were taking their two dogs on a walk on St. Joseph Island in Canada, where they were spending the Christmas holiday with family. Suddenly, their dog Logan ran away from them into the woods – in an area he didn’t know very well.

The couple tried their best to find Logan for days on end – even setting up trail cameras hoping to spot him wandering around – but didn’t have any luck. They eventually had to make the difficult decision to head back home to southern Ontario.

Then, they got a call from a number in Michigan. 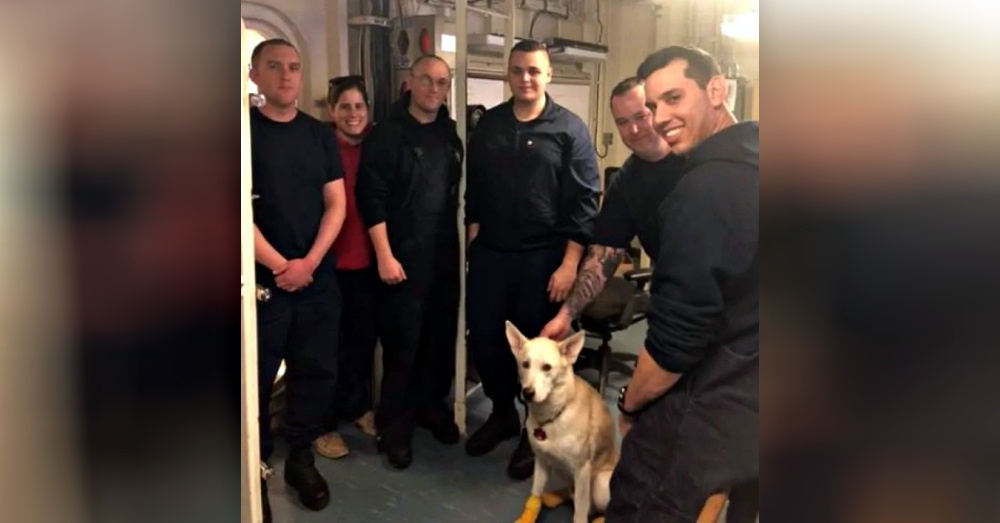 The call came from a member of the US Coast Guard who was aboard the USCG Mackinaw. Apparently, Logan had run off St. Joseph Island onto frozen water and eventually made his way across the border.

Some of the USCG team did their best to coax the (understandably) scared Logan to them by building a fire, a dog house, and leaving “macaroni and ribs” out for the pup. It eventually worked and they took him in and cared for him until Kailaan and Lydia could make the 7.5-hour drive to pick him up. 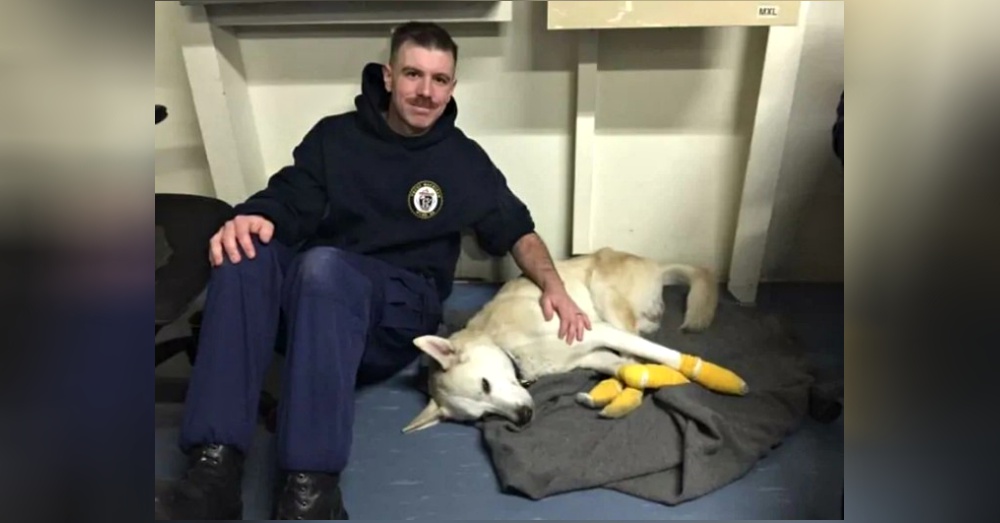 The crew not only fed Logan, but they contacted a vet to get advice on treating his frost-bitten paws! They wrapped up his feet and applied antibiotic on them and did their very best to nurse him back to health.

Kailaan and Lydia eventually got to pick up their sweet companion and all three of them were relieved and elated to see each other. According Kailaan, Logan’s “eyes were wide and his ears were going every which way” when they finally reunited. 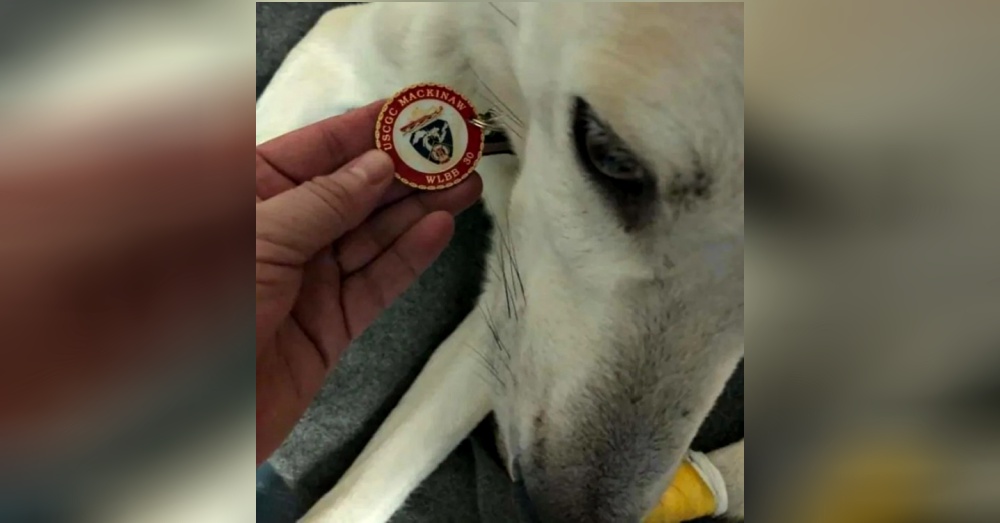 Kailaan and Lydia are so appreciative of the care the USCG gave Logan. By the time they picked him up, he was overall very healthy – and they credit that entirely to the crew of the USCG Mackinaw!

Don’t forget to share this story with anyone who could use a little good news in their day!