Woman Adopts Kitten With Vitiligo And Watches Her Amazing Transformation.

All cats have beautiful fur, but one feline has risen above the rest with her constantly changing appearance.

Back in 2016, a woman from Germany was visiting a local farm when she found two scared kittens hiding in a barn. They were in bad shape, but Nicole took them home anyway. After all, she had been thinking about getting a cat, so why not go for two? 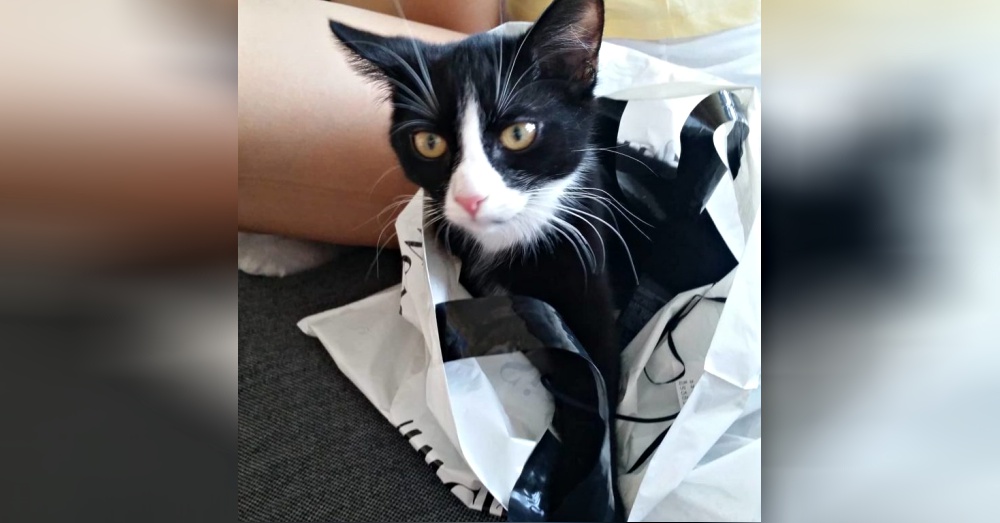 Nicole fell completely in love with the sweet tuxedo-colored sisters as she nursed them back to health. She named them Elli and Rosie and gave them a forever home. 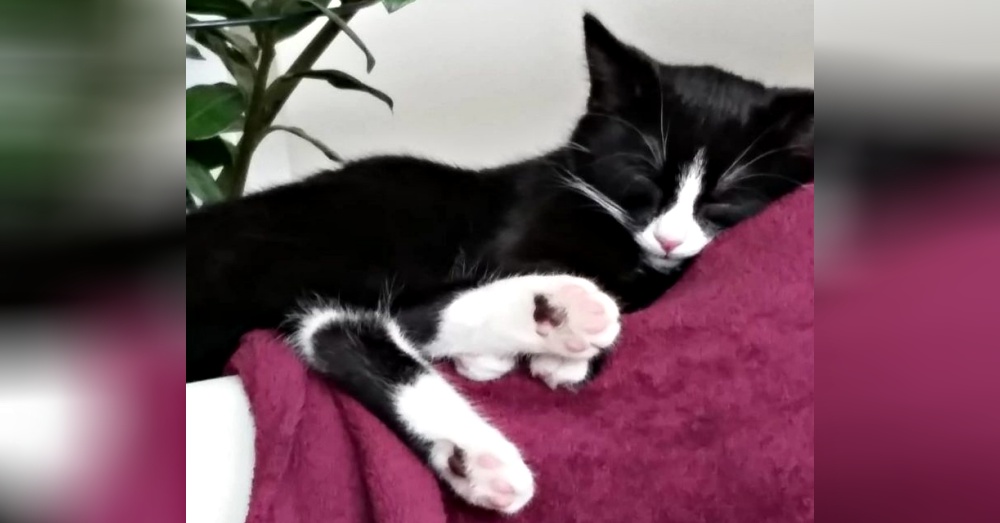 Several months later, Nicole noticed something strange about Elli’s fur. There was a small white patch in it that hadn’t been there before.

“I thought it was lint and tried to remove it, but it turned out to be her fur,” Nicole said. And it didn’t go away. Instead, more patches appeared over several months until they covered Elli’s entire body. 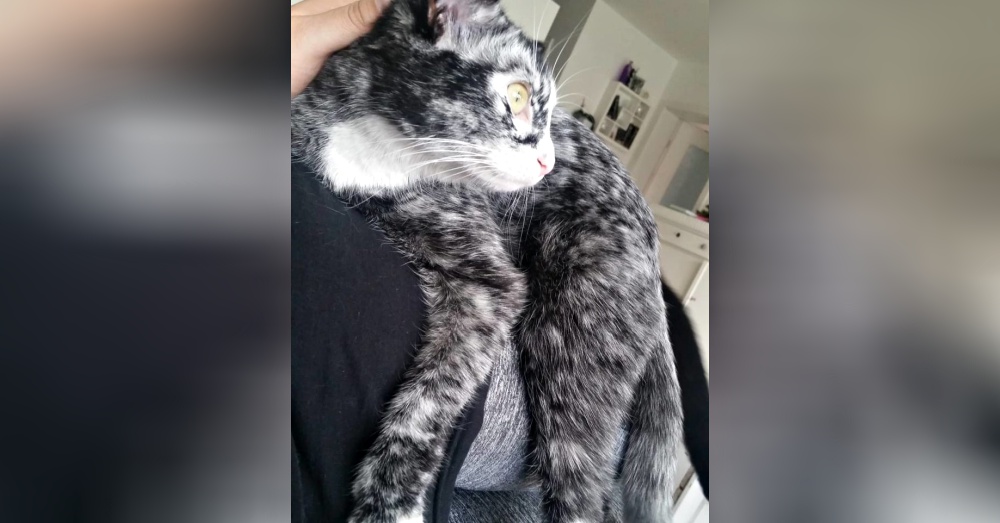 Concerned, Nicole took Elli to a vet. There, she learned that her sweet friend has a rare condition called vitiligo, which causes skin and fur to lose pigment. Vitiligo is pretty uncommon in humans, and it’s even rarer in animals.

Thankfully, it isn’t harmful. It just means Elli is one unique, gorgeous cat! 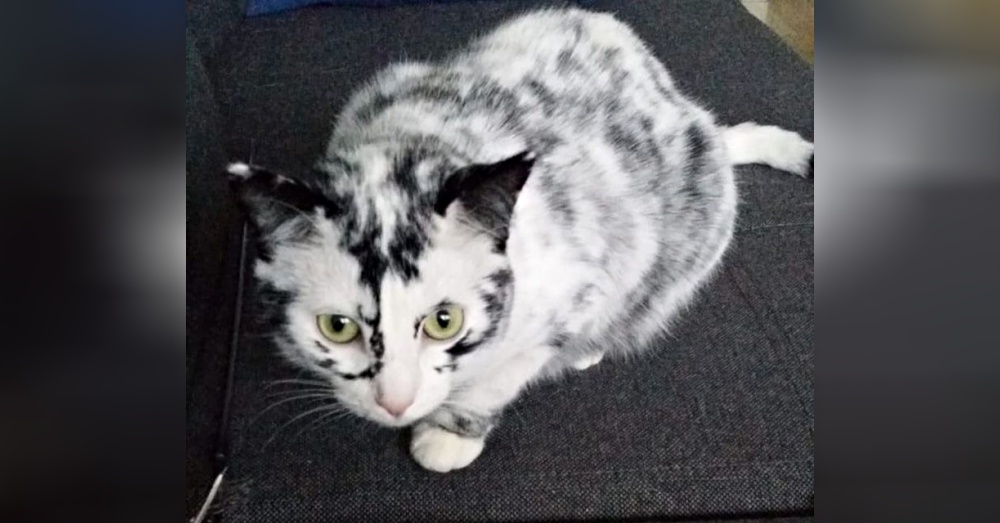 These days, you would never guess that Rosie and Elli are sisters because they look completely different. In fact, Nicole said Elli sometimes looks more like a snowy owl than a cat. 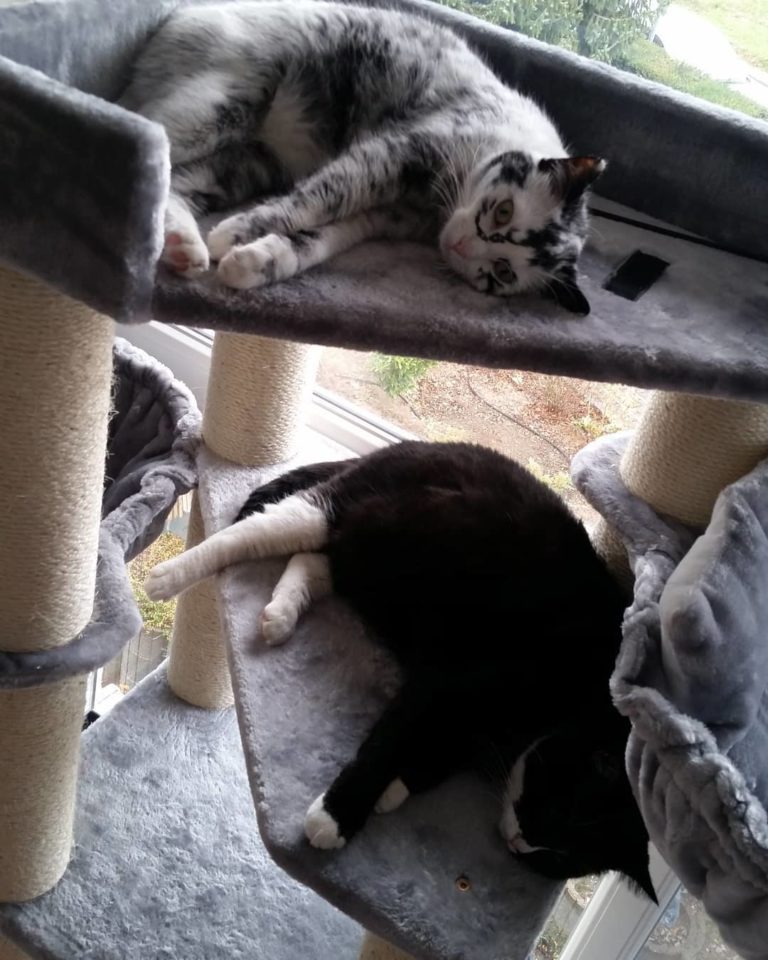 “She is so cute, and her fur continues to change every day,” Nicole added. What a fun adventure for this cat mom — and all the rest of us! 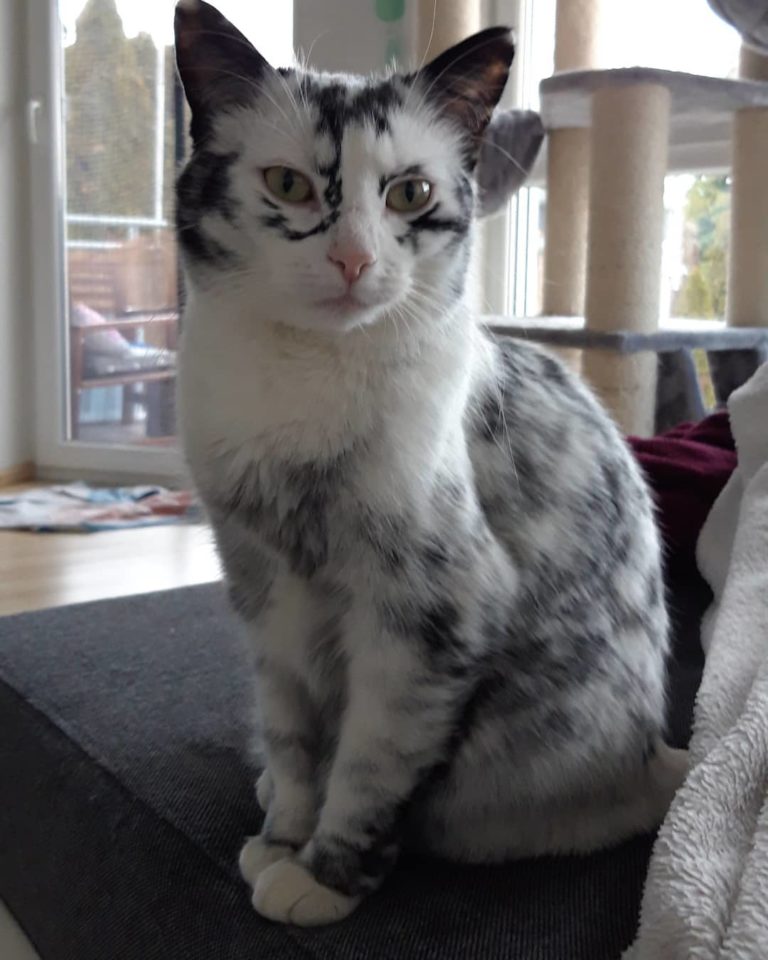 Isn’t Elli a beauty? Seriously, someone get her a cat modeling contract. Until then, we suppose Instagram will do. Of course, all that really matters is she’s living her best life with her mom and sister!

Share this story with all the cat lovers in your life.

Minimalist Pet Furniture Is So Stylish That Humans Will Want To Lounge On It: Click “Next” below!