Hospitals aren’t the most exciting places for chronically ill children. But young patients in Randwick, Australia, recently had a blast thanks to their furry visitors.

In February, the NSW Police Force welcomed their newest recruits to join the dog unit: five German shepherd puppies who were born on Christmas Eve. 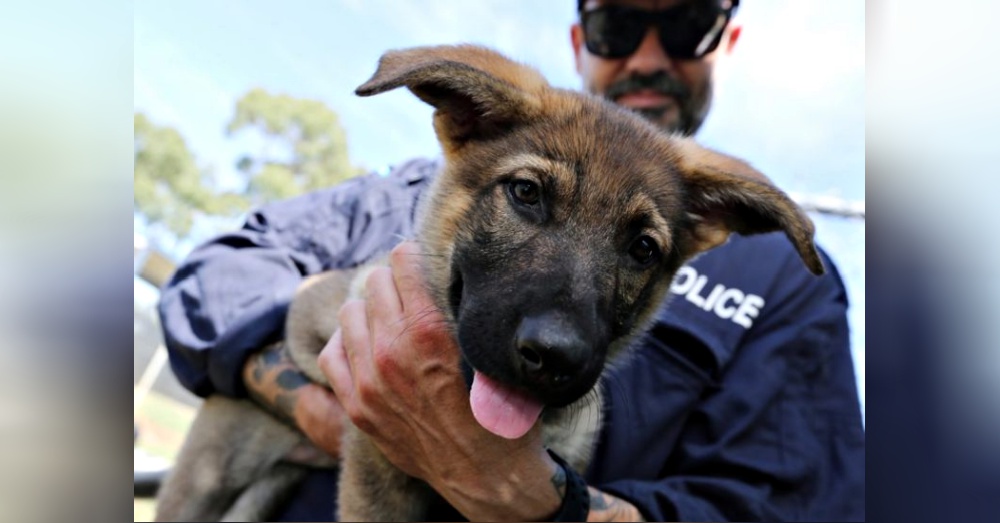 But before the adorable nuggets could start training to fight crime, they needed names. That’s where kids staying at the Sydney Children’s Hospital came in. 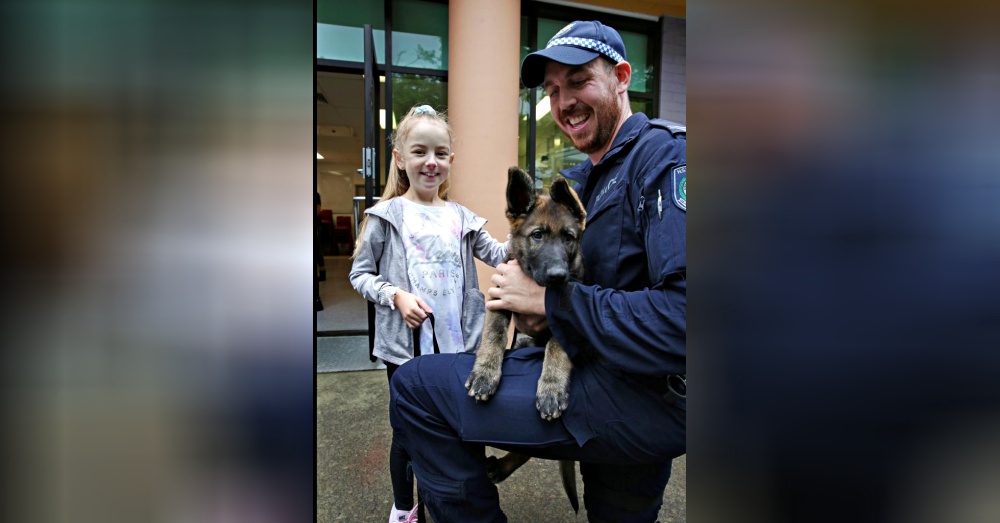 Traditionally, the NSW Police Dog Unit gives all its canine recruits names starting with the letter “z.” So the agency asked for the public’s help in suggesting “z” names. When they gathered enough options, they provided a list to the hospital, where patients voted on final names. 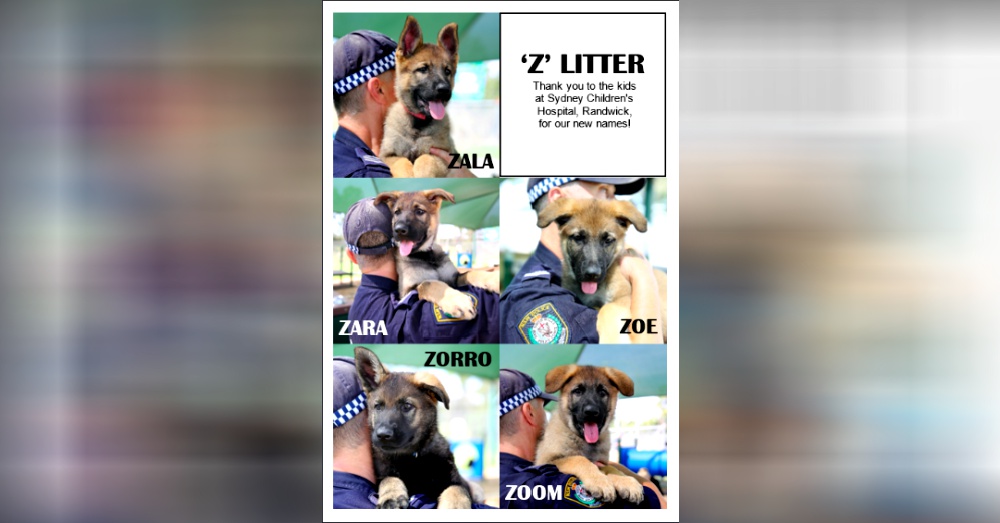 Then came the fun part: meeting and playing with each of the puppies they named! 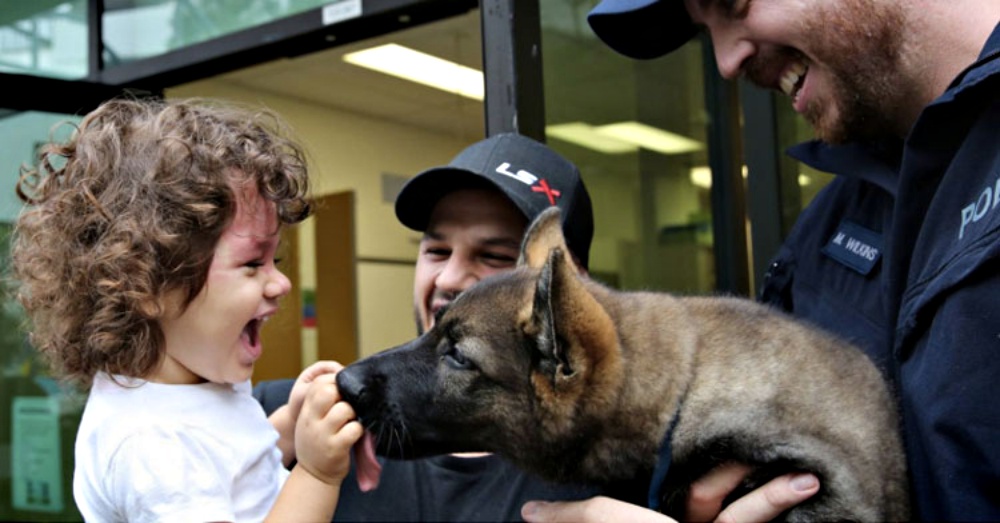 Melanie Waldron’s seven-year-old son Jett is undergoing chemotherapy for a form of children’s cancer called rhabdomyosarcoma. Jett picked Zoom, and his mom said the puppies made the children’s days.

“It’s awesome – it definitely brightens their spirits. I think big kids and little kids like the puppies.” 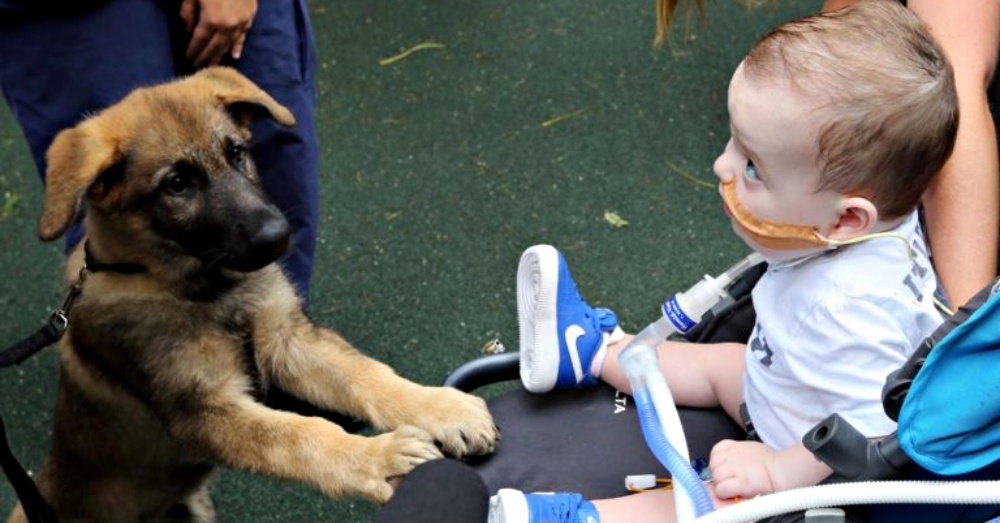 Sydney Children’s Hospital spokeswoman Gilly Paxton added, “Every child here will remember their stay in hospital for the puppies and not because they were in hospital.”

The public loved how the NSW Police Force took the time to bring smiles to sick children’s faces. Many wrote to commend them for making the kids feel so important and included during such a special event. 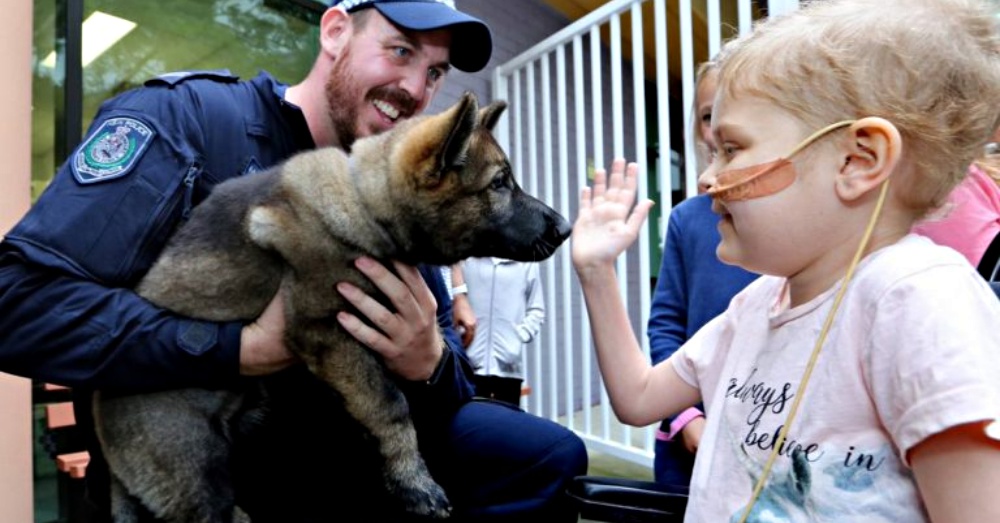 As for the “Z litter?” Well, they’ve already started training to help in foot pursuits and with missing person searches. Of course, they’re already experts at warming children’s hearts. We’re certain Zara, Zorro, Zoom, Zoe, and Zala will all be great police dogs.

Learn more about how the children helped name the puppies in the clip below, and don’t forget to share.

Tough Soldier Who Fell In Love With Stray Puppy In Iraq Melts During Emotional Reunion.: Click “Next” below!