Justin Theroux Took His Dog To “Lady And The Tramp” Premier And Her Review Is Fantastic.

Movie stars often bring a special date to their film’s big premier, and actor Justin Theroux is no different.

He’s the star of Disney’s new live-action movie “Lady and the Tramp,” lending his voice to a stray schnauzer named Tramp. And we’re happy to say he thought of the perfect individual to bring to help him celebrate his hard work in style. 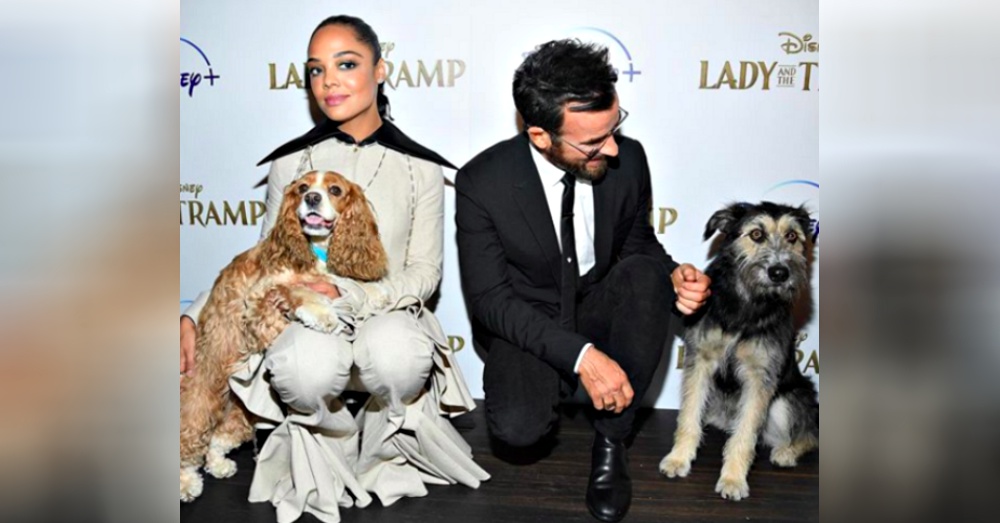 You see, Justin is a huge fan of dogs. Over the years, he’s adopted several rescue animals, including Kuma, who is now one of his most loyal companions.

She’s a pit bull who survived Hurricane Harvey only to end up in a high kill shelter in Texas. Thankfully, she was saved by animal rescuers, and once they’d nursed her back to health, the lucky dog had her very own Cinderella adoption story!

These days, Kuma will follow Justin anywhere, so when he asked her to be his “date” for the “Lady and the Tramp” premier, naturally she was on board. Fortunately for the rest of us, Justin documented her film review on Instagram. 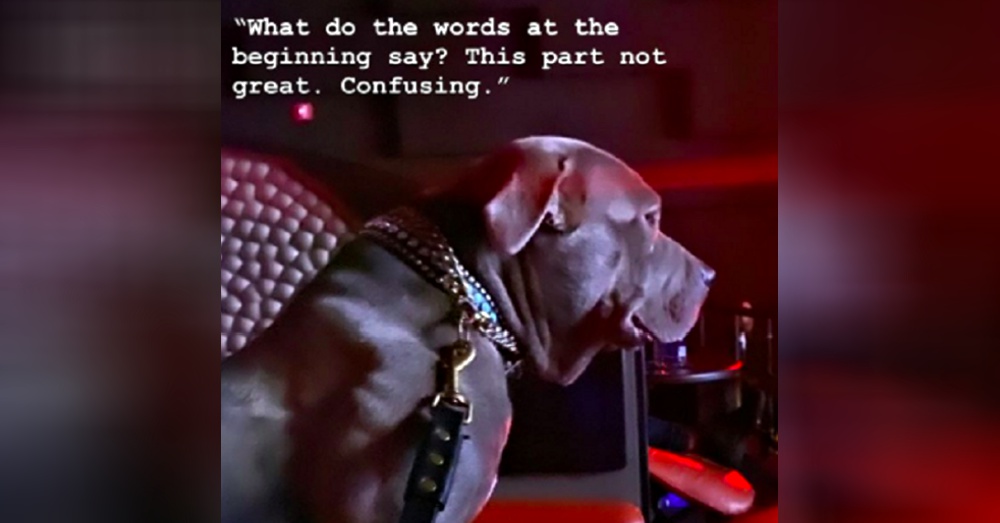 As the opening credits rolled, Kuma wasn’t feeling it, but things soon picked up when she realized the entire film is about her favorite thing! 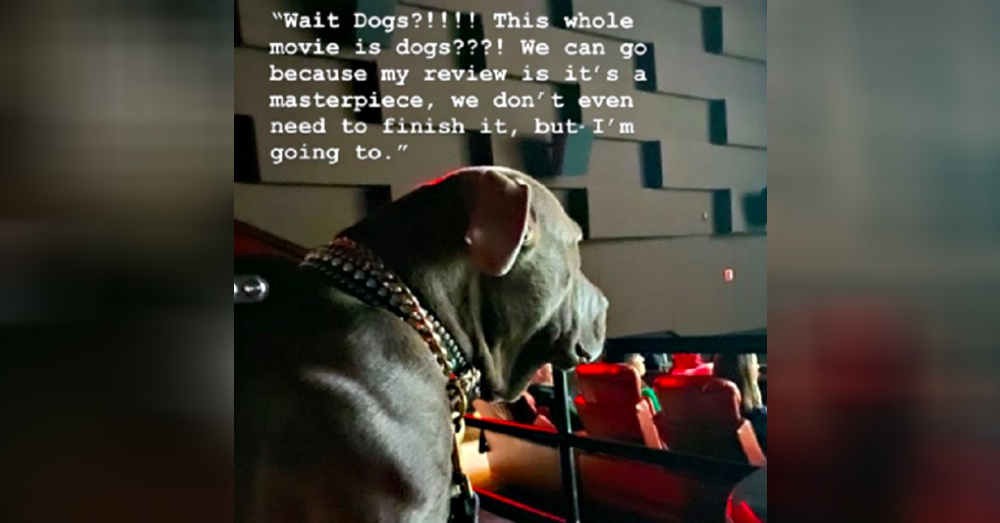 As the story progressed, however, Kuma decided she might not enjoy the film after all. She was particularly confused by Tramp. “Why does this homeless dog sound like you?” she wondered. “Why is he homeless? This movie is terrifying.”

And then things got even worse because the star-crossed main characters were struggling. “I can’t with this,” she declared. “I love her and I love him. Why is this not working out?” Then came the part with the dog catcher. 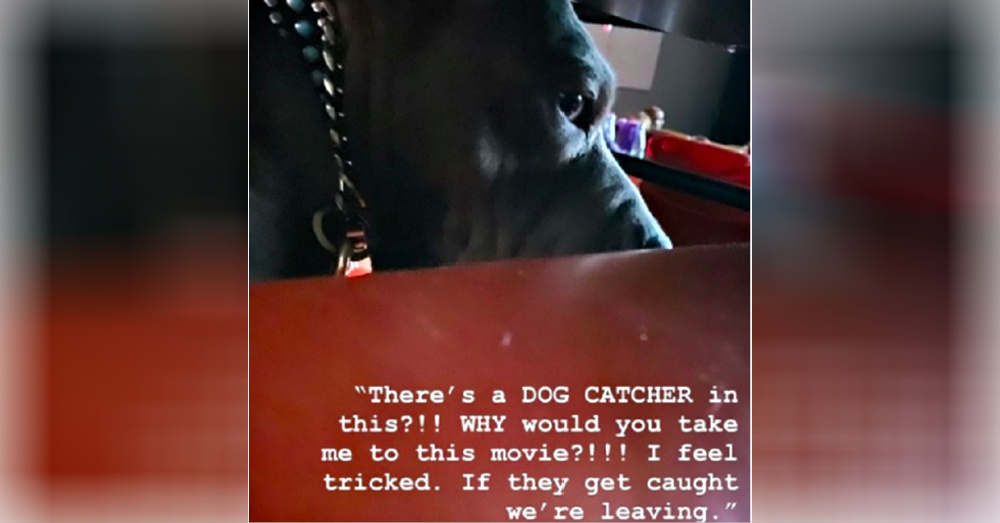 Kuma settled down a bit when she remembered she was watching a Disney movie. They may play with your emotions, but you’d better believe you’ll get your happy ending. Sure enough, at the end of the movie, Kuma had a positive review:

“Whelp, it’s official. That’s the best movie ever made in the entire world. Even if there are other worlds out there, it’s the best movie in those worlds too — no matter what. And no movie will ever be better, so people can stop making movies now I guess because the best one has just been made.”

Of course, she was also inspired by the iconic scene in which Tramp and Lady share a bowl of spaghetti. She insisted that Justin take her out to dinner after the show, which is when this happened. 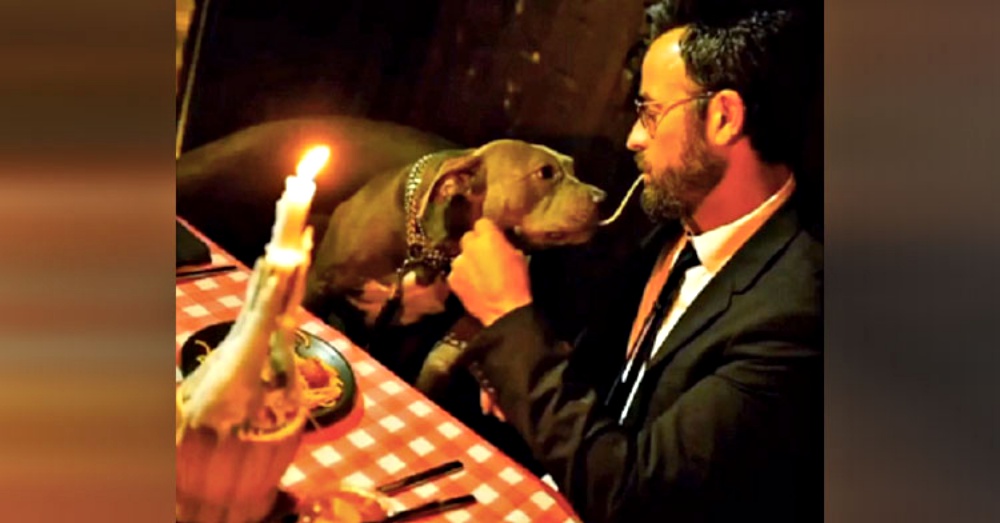 I mean, come on! Justin, you are killing us! If your goal was to get us excited to see the new movie, consider it done! This is hands down the best movie review we’ve ever seen.

Jake Gyllenhaal Hailed A Hero After Rushing Into NYC Traffic To Save A Stranded Dog: Click “Next” below!