Ice Skater Comes To The Rescue Of 3 Deer Stranded On A Frozen Lake.

As temperatures drop and ice forms, people have to take extra measures to stay safe. Unfortunately, animals don’t always know to use these precautions, which lands them in dangerous situations.

The good news is there are individuals who will risk their own safety to help others in need! Ryan Peterson of Ontario, Canada, is one of them. He was taking a leisurely skate on a frozen lake one day during his lunch break when he noticed something strange. 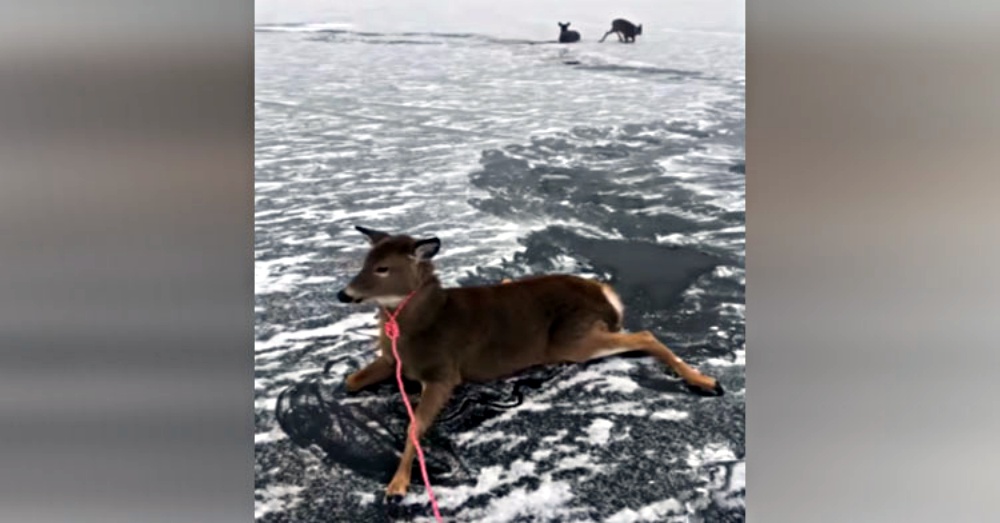 Three deer had made their way to the middle of a seemingly manageable surface, only to discover that they couldn’t get back to shore. Ryan quickly contacted the Ministry of Natural Resources and Forestry, but when he learned they wouldn’t be able to help the poor creatures right away, he took matters into his own hands.

“I went back to work and grabbed some rope,” he told Storyful. “The ice was still too thin for any kind of vehicle, so skating was the only option.”

He headed back onto the ice, where he carefully looped the rope around one of the struggling deer. After pulling it to safety, he returned for the other two. When the three of them were reunited, they steadied themselves and continued on their way. 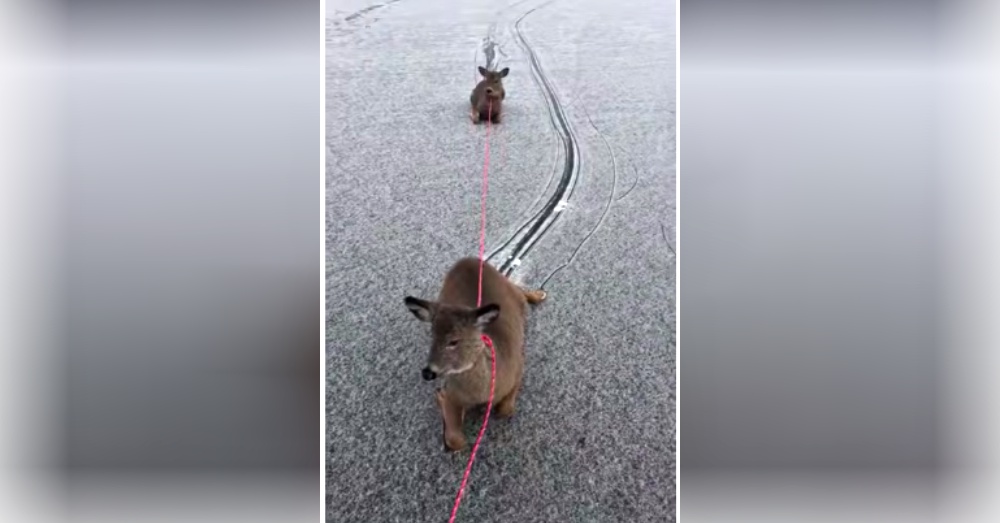 Thanks to one man’s willingness to go the extra mile, these anxious animals were able to get to a better place and go on with their lives. What an amazing reminder of the many people in the world who will do whatever they can to save those in need. Great job, Ryan!

Watch the daring rescue mission in the video below, and don’t forget to share this story with your animal-loving friends.