Anyone who spends time with kids knows that even the best-behaved little one might enjoy running away. Stores don’t sell toddler leashes just for fun — it’s a real problem.

Gayla Jay was reminded of this in the worst way when her granddaughter disappeared during a walk. Thankfully, a savior showed up on horseback like someone straight out of a fairy tale! 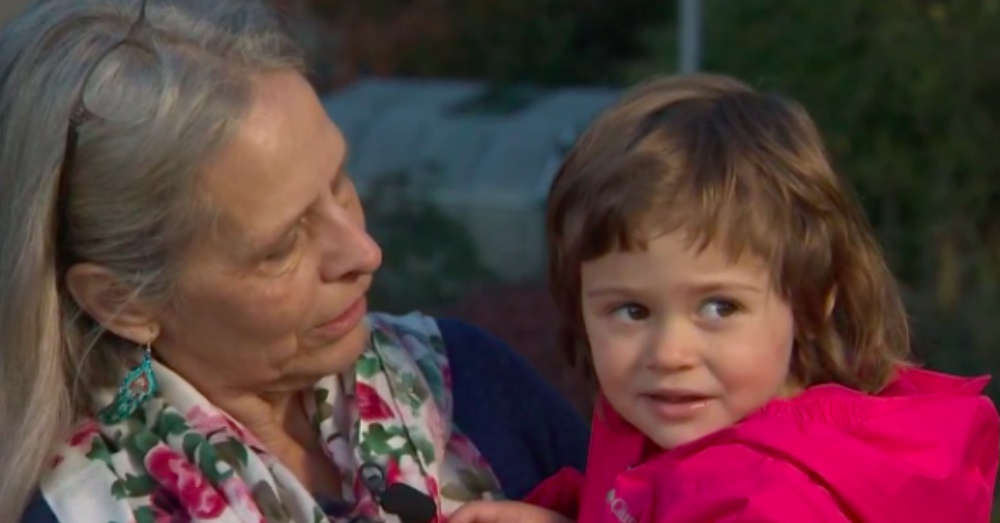 Gayla had taken her 2- and 4-year-old granddaughters to walk around the Molalla River Recreation Area in Oregon when the youngest, Iris Nix, took off. Although Gayla immediately went after her, the path split into four directions, and the distressed grandmother had no idea which one to follow.

To make matters worse, the area has very little cell reception, so she had to flag some loggers down to get help. Two of them found somewhere they could call 911, and before long, a search was underway. 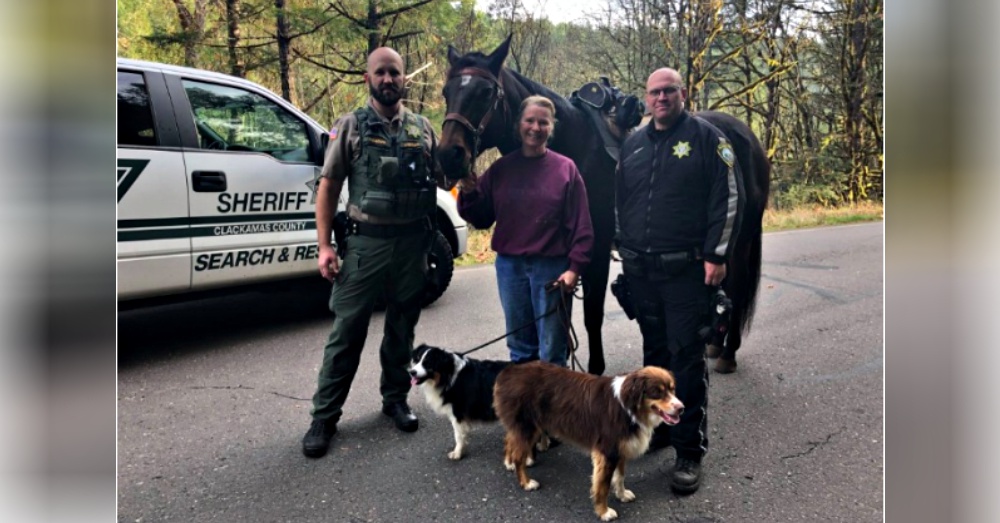 Tammy Stevens was out riding with her two dogs, Wilson and Maddie, and when she realized what was going on, she joined the efforts.

Two hours after Iris’ disappearance, Tammy was going through “steep and dangerous” terrain and heard a child crying. She instantly told Wilson to “get her.” Being the good pup he is, Wilson guided Tammy up the steep hill to where Iris was.

“I just followed Wilson, and he was just laying with his little front paws on Iris’ lap,” Tammy told a local news station. “She had her little hand on him, and she was crying, just sobbing, and oh God, it was the best moment of my life.” 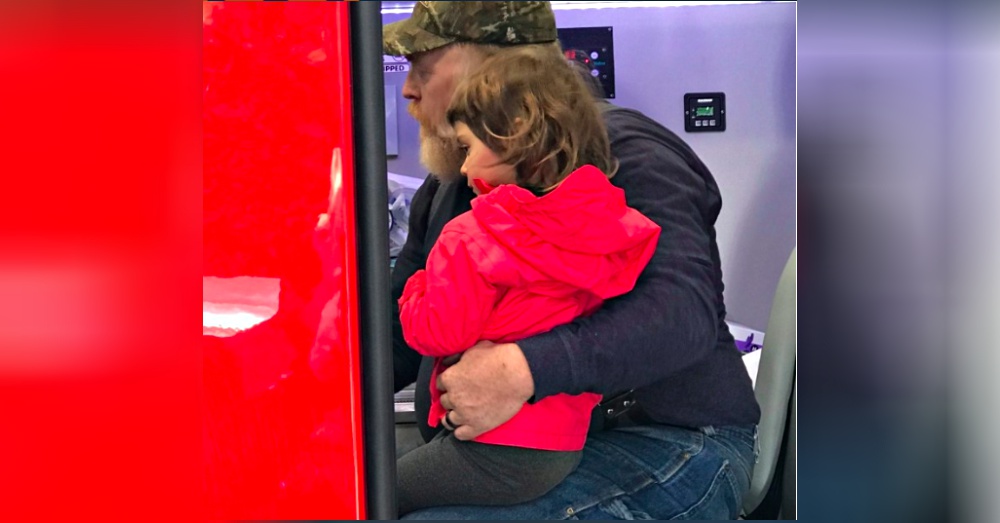 After helping the toddler to safety, Tammy crossed paths with one of loggers, a man named Dave. He carried Iris to where the police officers and medical personnel were staged.

To say Gayla was relieved is an understatement. After the rescue, her eyes filled with tears as she told KGW8, “She’s my heart. I’m very grateful.” 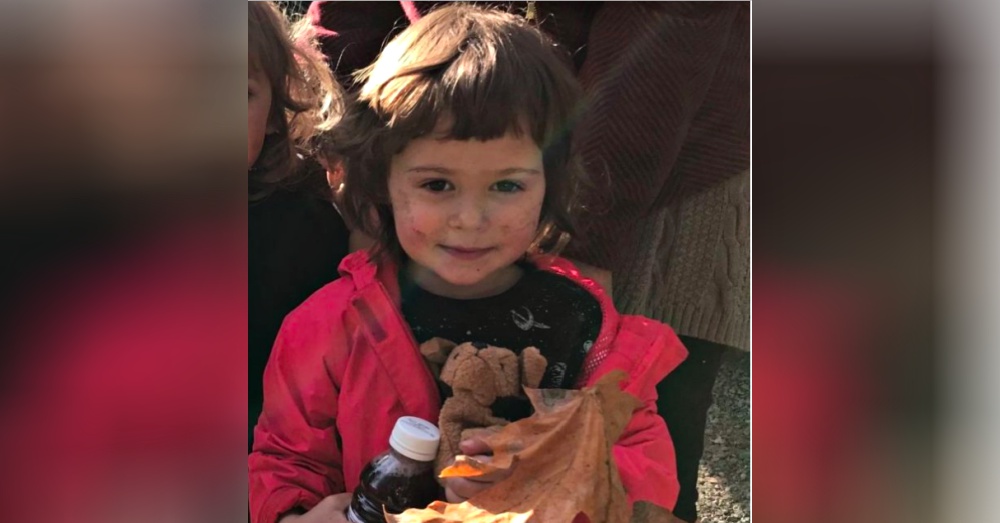 This may not be a fairy tale, but it does have a happy ending! And it’s all thanks to Tammy and her pets.

Little Boy Gets The Flu And Only Wants His Rescue Dog To Comfort Him: Click “Next” below!