Horses are sure-footed animals until they encounter a slippery mud embankment. A mare in southwest Ireland, just outside Limerick, went a bit too close to a mud pit and fell in.

A passerby saw the mare in distress and immediately called Limerick Animal Welfare. A rescue team was ready to go, but with a horse weighing roughly 1,000 pounds, they knew they needed more help. The team took to Facebook to make a plea for help. “URGENT APPEAL Horse in distress in Rhebogue down in mud can’t get up.”

People from the community showed up with straps and ready to jump in the mud to help the scared mare. The horse was exhausted and let the rescuers attach straps around her to help pull her out of the quicksand-like mud. The mud was up to her neck, but after a lot of effort they were able to free her torso and midsection. 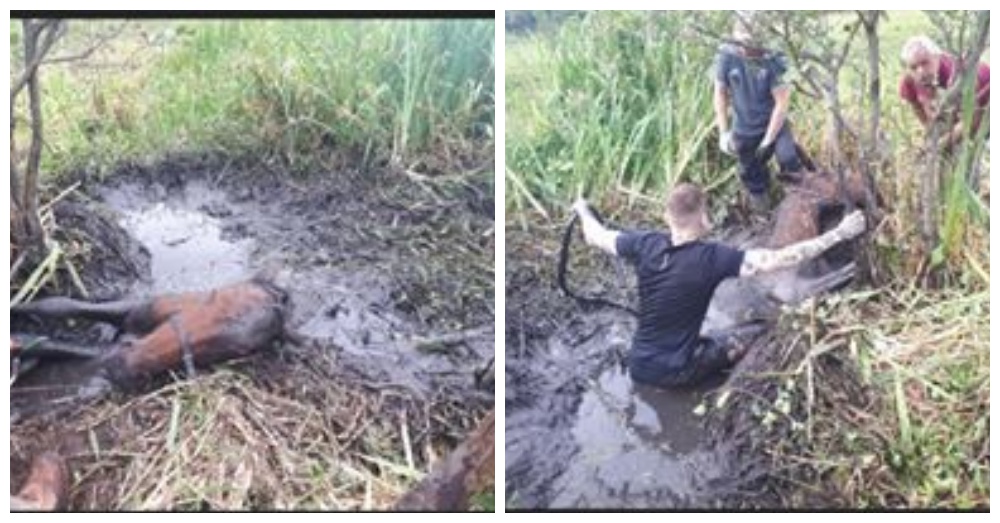 The mare was upright again, however she needed help climbing up the embankment. The look of defeat was in her eyes as she had no more energy left to try. The rescuers were not giving up and pulled and pushed with all their might. 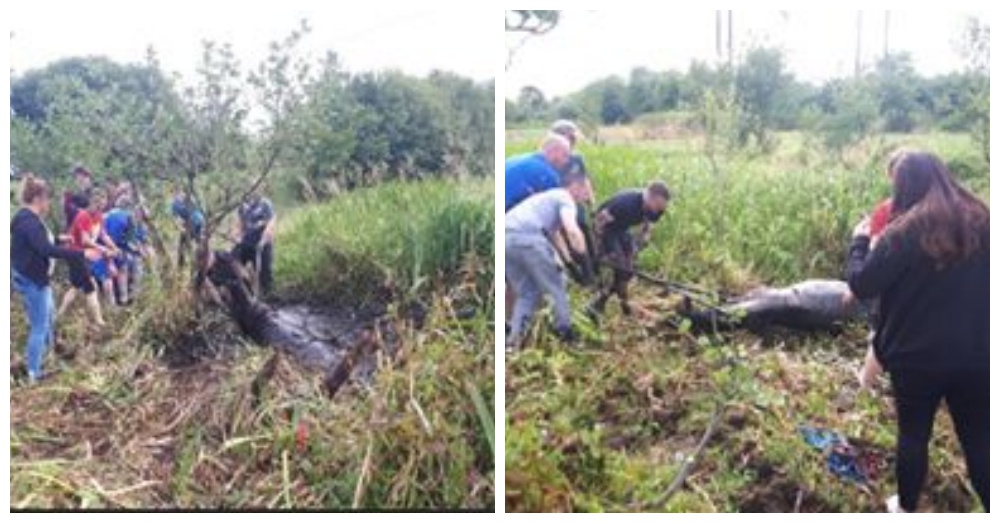 Finally she was free! She rested on her side recuperating and in a bit of shock from the stress. Thankfully, a vet was one of the people helping in the rescue. The mare was given antibiotics and sent home with her grateful owner to monitor.

Volunteer Anna Gallagher reassured everyone that the mare is well cared for and that she is recovering.