This Puppy Only Responds To Harry Potter Spells & It’s Even Cuter Than You’d Think.

Every so often, a video comes along on the internet that makes us sit back and say, “Why didn’t we think of that?!” This is one of those videos.

Anna Brisbin is a YouTuber and a voice-over and screen actress who lives in Los Angeles, California. She’s also a huge fan of the “Harry Potter” franchise, so when she got a dog she decided to train him using a rather unique set of commands: spells ripped from the pages of the mega-popular book series by J.K. Rowling. 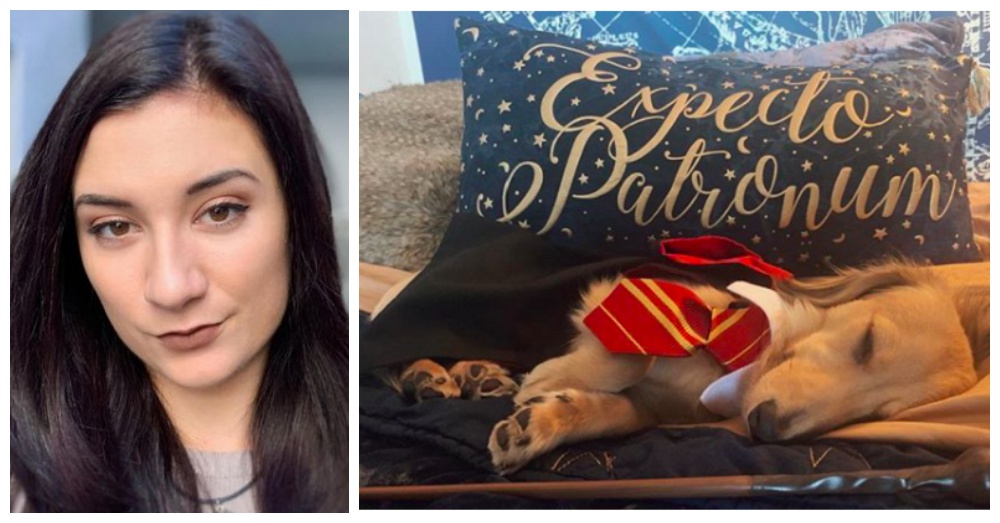 Anna’s dog is a long-haired miniature dachshund named, appropriately enough, Remus. Remus is flat-out adorable all by himself, but when you add in the “Harry Potter” theme he becomes absolutely irresistible.

Anna shared a video of Remus responding to the spells she’d taught him, and the clip has now been viewed over 5 million times — and counting! Remus, who is only a year old, is so well-trained that you can tell Anna spends a lot of time working with him. She’s also quick to dispense a little treat when he performs well, which can’t hurt his eagerness to please. 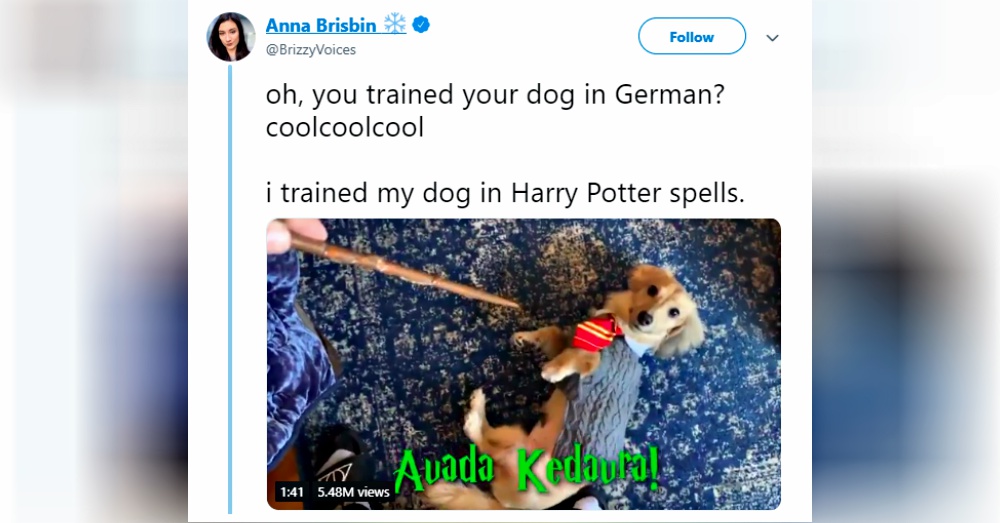 The video features Remus carrying out a series of commands. “Wingardium Leviosa,” Anna says with a wave of her wand, and Remus responds by standing up on his hind feet and “levitating.” When Anna utters “Avada Kedavra,” the unforgivable killing curse, Remus obediently lies down and plays dead. Meanwhile, “Immobulus” causes him to stop dead in his tracks and await further commands.

Anna has trained Remus to respond to dozens of “Harry Potter” spells, and we truly wish we’d thought of this first. This is just such a cute idea that would be really simple to implement with your own four-legged friend. Why tell your dog to fetch when he can “accio ball” instead?

Of all the adorable spells we see in the video, our favorite has to be the “Confundus” charm because the way little Remus starts spinning around in circles is just too cute. What a clever boy! 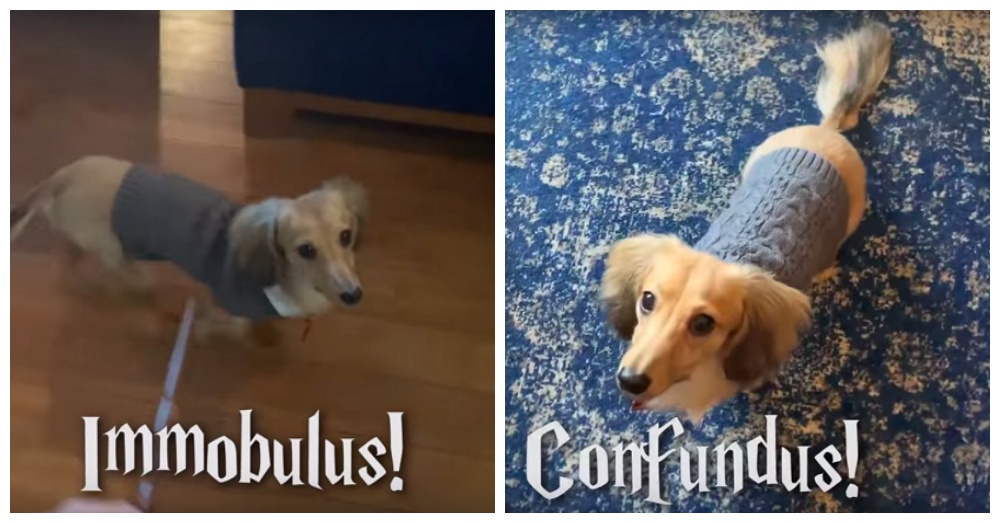 Thanks to Anna’s viral video, Remus now has his own Instagram page with over 43,000 followers. We’re sure he’s on the verge of becoming internet famous, and we’re totally on board for that. After all, even though dogs weren’t allowed at Hogwarts, Remus is proof positive that they’re just as magical as any other creature.

Watch Remus reacting to Anna’s “Harry Potter” spells in the video below, and be sure to share this adorable and clever video with all the Potterheads in your life.