Nobody knows how Pixie Princess ended up wandering alone in a Georgia neighborhood, but one thing was clear — the tiny puppy needed help.

The poor thing was in bad shape when she arrived at Fulton County Animal Services in Atlanta. In fact, the person who called animal control initially thought she’d been burned. 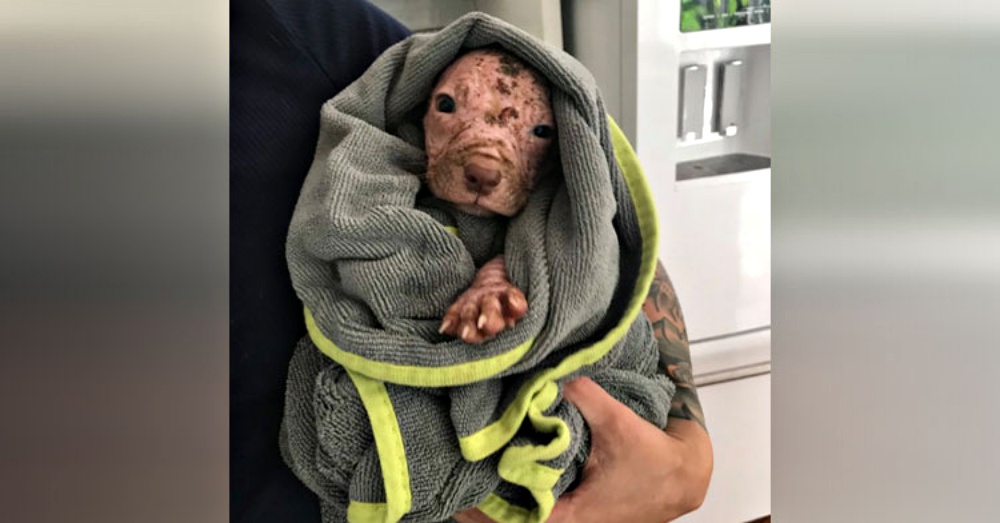 Mange had left her skin itchy, and she was covered in sores from her endless scratching. And at only about 6-weeks-old, Pixie Princess weighed just 4 pounds.

Fortunately, this was just the beginning of the little dog’s story. Daphne Bragg, who works at the shelter, jumped at the chance to be her foster mom. Over the next six weeks, Pixie’s life on the streets became a distant memory. Daphne nursed her back to health with medicated baths, plenty of love, and help from her own dogs. 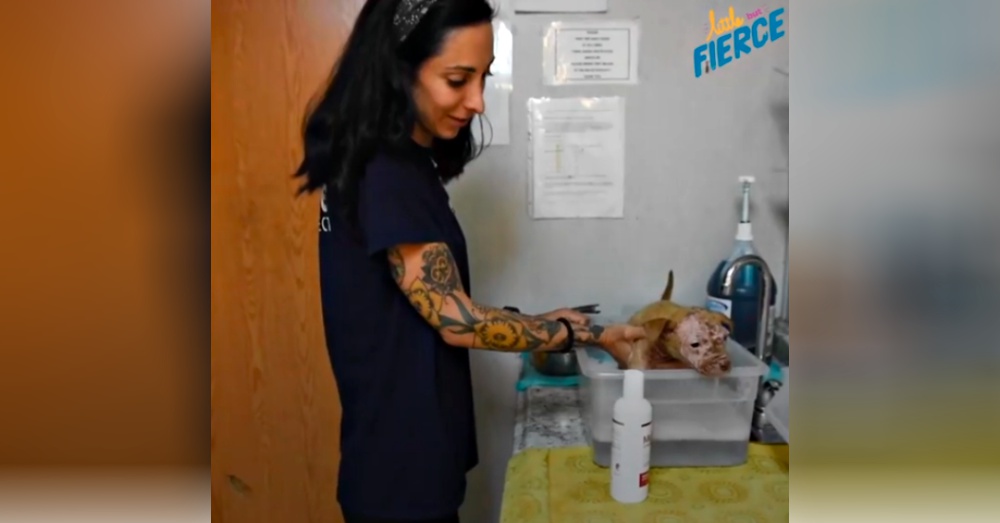 Pixie hadn’t yet learned the social skills she’d need to be around other pets, which Daphne knew was crucial to finding her a forever home. Thankfully, Pixie’s foster siblings were more than happy to teach her — especially Elliot, whom Daphne had also taken in as a stray puppy. 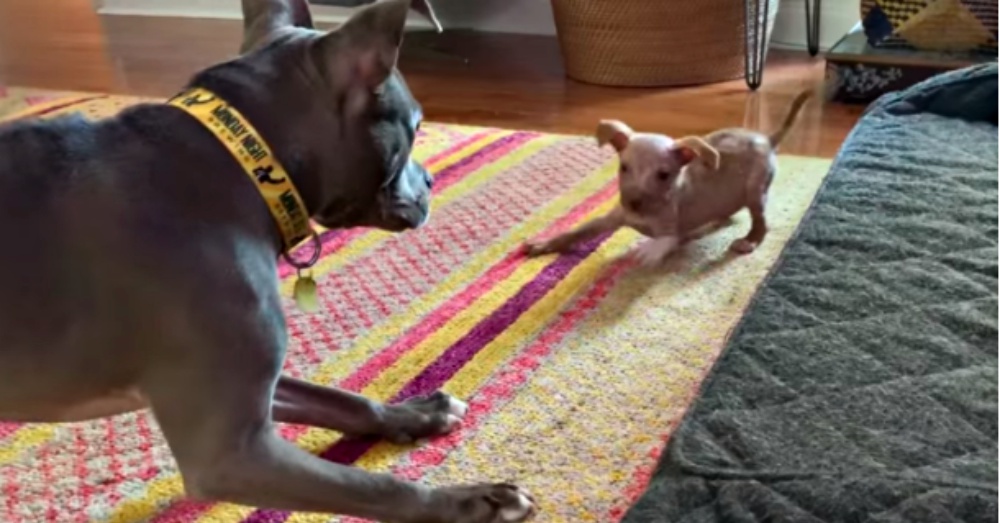 With her furry friends’ gentle guidance and patience, Pixie’s sweet personality began showing — along with her beautiful new fur. 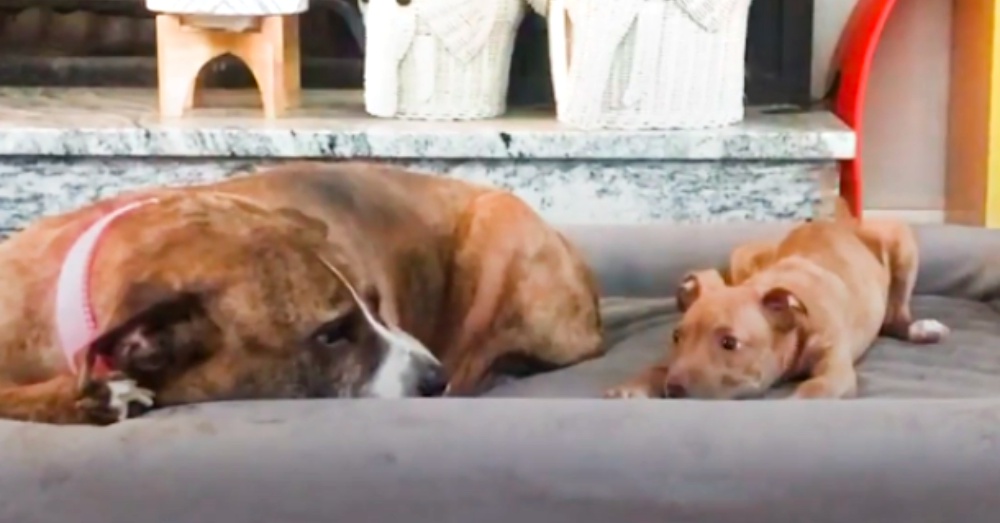 Daphne couldn’t help but love that personality and began dreading the day she’d have to say goodbye to her little princess. But she knew it was for the best, adding, “Being able to watch that transformation really makes fostering worth it.” 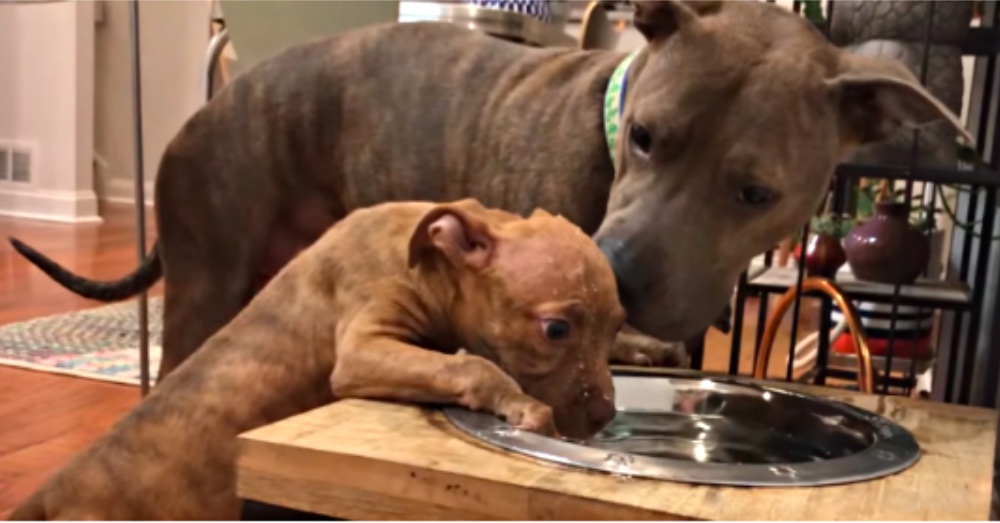 Because of Daphne and everyone else who participated in Pixie’s rescue and recovery, it wasn’t long before the puppy went home with her forever family. Now she’s getting the attention and care she’s deserved all along! 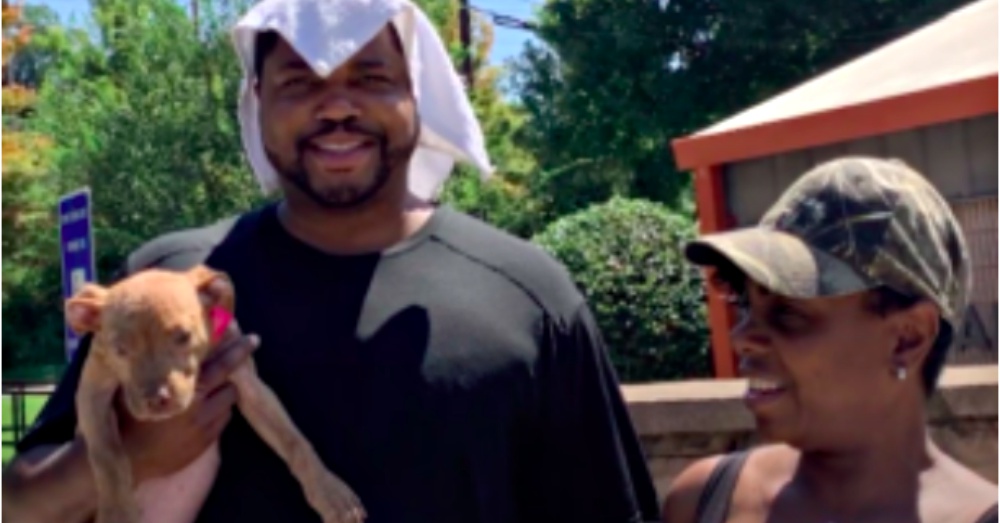 We’re so happy for Pixie — not to mention incredibly grateful to Daphne and everyone at the shelter for giving her a second chance at life. You can help them save more lives by donating here.

Learn more about Pixie Princess’ story in the video below, and share to show gratitude to animal rescuers everywhere!

Woman Quits Her Job And Spends 57 Days Trying To Find Her Lost Dog: Click “Next” below!