Animal Sanctuary Refuses To Give Up On Sweet Goat That Couldn’t Walk.

Walking is an important part of every animal’s life, especially when they have to survive on their own.

Fortunately for one sweet little goat that couldn’t walk, Little Buckets Farm Sanctuary was ready to help her learn. The sanctuary is a nonprofit organization that takes in farm animals needing love, attention, and special care, and when Hopie arrived, it was clear she needed all three. 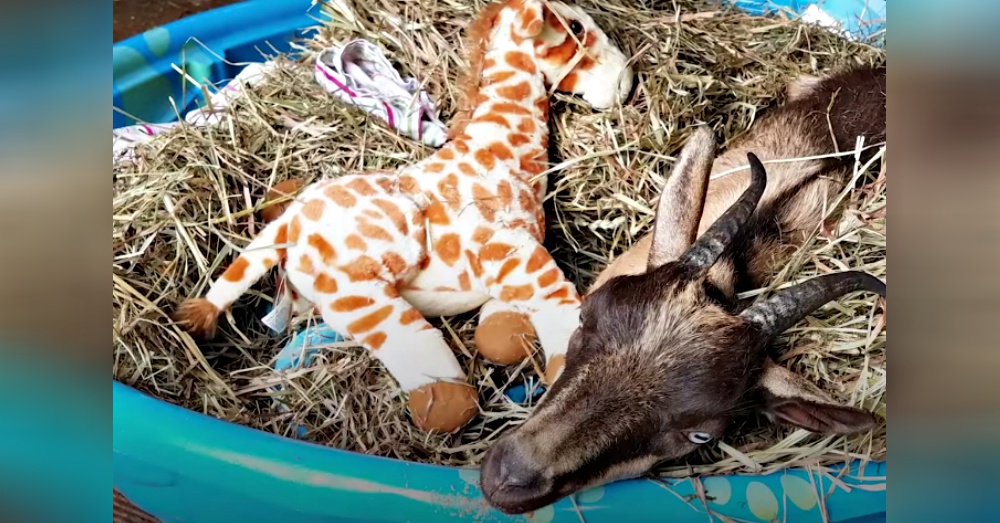 Though she went to the vet, they were unable to find any concrete diagnosis to explain Hopie’s difficulties lifting her body. But her caretakers believed if they just worked with her, she would eventually learn to walk.

The spunky goat seemed to want to move, so they put in a request for a cart to assist her with walking. As soon as Hopie was placed inside, she was a huge fan.

The device held some of her weight, which enabled her to stand on all four legs. And although it had wheels, she still had to take steps forward in order to get anywhere. Hopie quickly caught on to the movement, and it wasn’t long before she could walk and even run with the support of the cart! 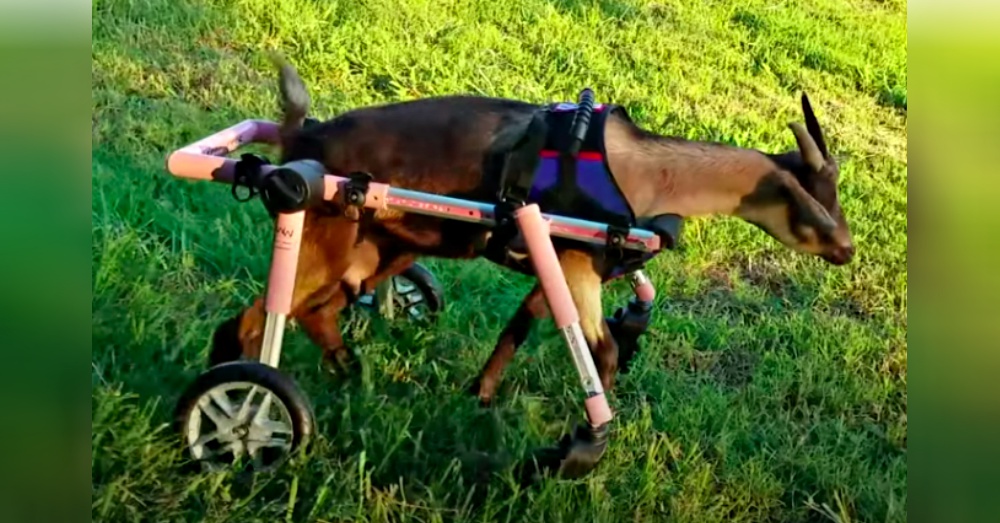 Once it became apparent that Hopie had adjusted to her cart and gained some strength and confidence, the sanctuary owners gave her the opportunity to try standing without it. After a little hesitation, Hopie managed to balance on all four legs — with as much pride as a goat can have! 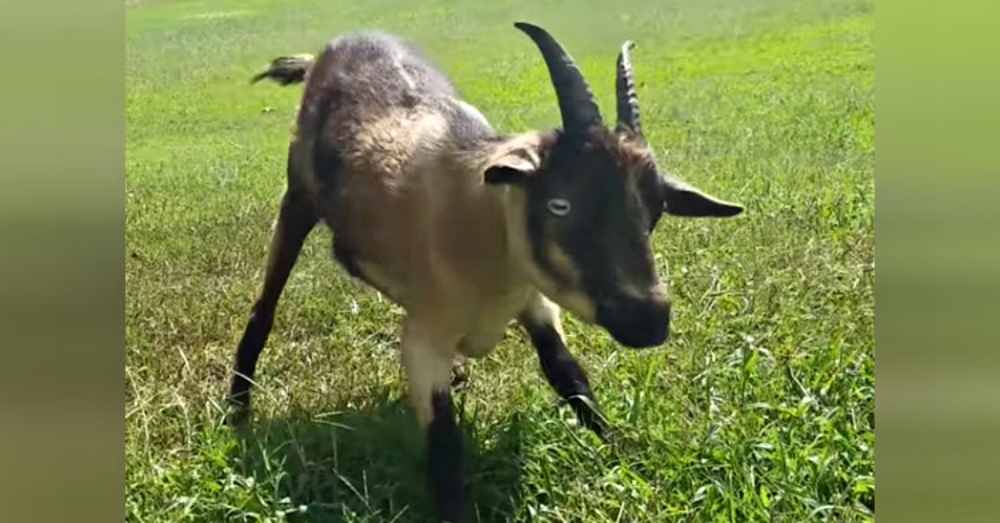 Slowly but surely, Hopie began walking and eventually running on her own. She still looks pretty silly when she does, but that just makes her all the more lovable! 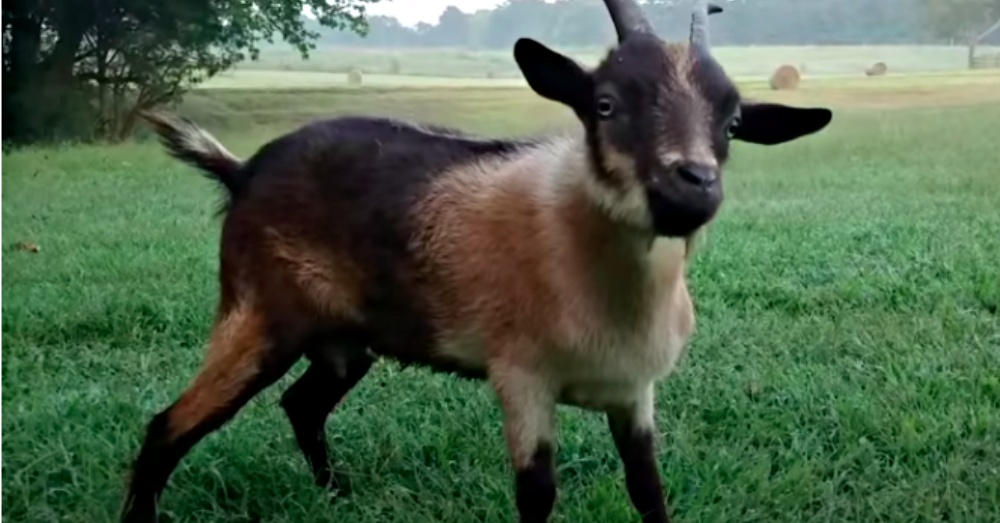 It took less than 60 days for Hopie to go from not being able to walk to (more or less) mastering the art of running. Her determination and spunk were greatly appreciated by everyone who worked with her. We’re fairly certain she’s been a farm favorite from the start!

Check out Hopie’s rapid progress and adorable running form in the video below, and be sure to share with anyone who could use a smile today!

Cyclists Rush To Help Weary Deer Struggling To Stay Afloat: Click “Next” below!