Adult feral cats are hard to adopt, because many have been wild for so long that it is hard for them to be domesticated. However, with a little patience, love, and a room full of kittens even the feistiest feral cat may come around.

Mason was found living in an abandoned barn on a large property in Langley, British Columbia. He lived among 60 other feral cats without any human interaction. A developer found the group of feral cats and contacted local rescue group, Tiny Kittens, for help. The rescue team trapped the cats and hoped to find all of them homes. 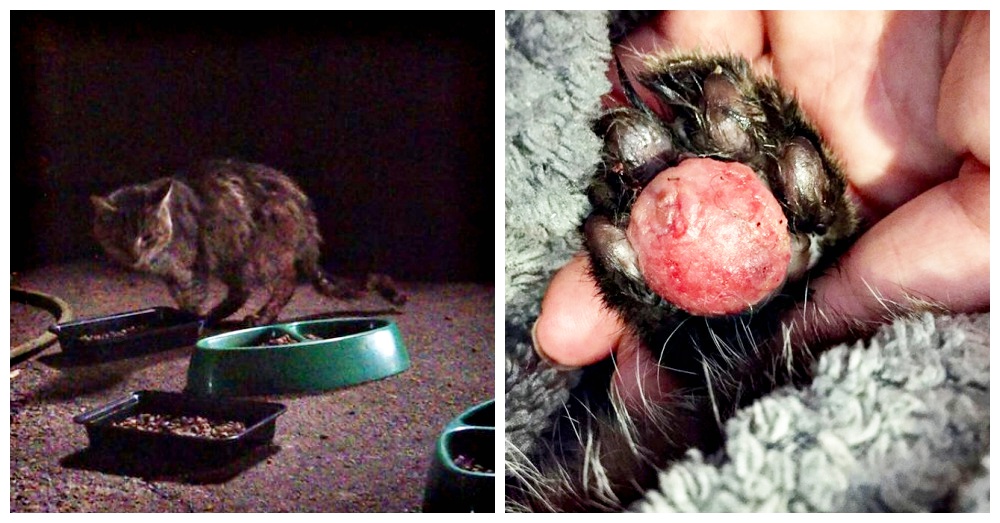 Grandpa Mason was examined and had many battle scars. “He had a massive growth on the bottom of his right paw, his tail had been broken multiple times in multiple places, he had infections, and he needed extensive dental surgery,” wrote the rescue.

A volunteer took Mason home to recover after receiving multiple surgeries. She realized he would never be able to be adopted. “He is one of the oldest surviving ferals we have seen, and throughout his recovery, he made it clear his feral instincts were deeply ingrained.” The plan was to return him to the farm once he recovered. The owner agreed to feed the cats if the rescue provided the food and medical care. However, Mason has advanced kidney disease and would suffer if returned to his previous home. 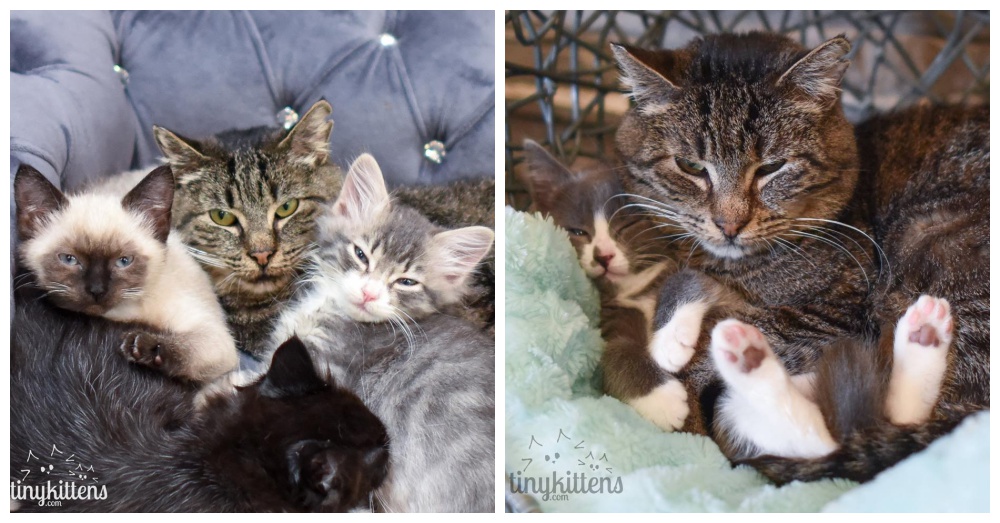 Tiny Kittens is a no-kill shelter and they believe that all lives are worth saving. “Mason’s many scars told us how hard he had fought to survive this long, and we were determined to give him a chance to experience comfort, safety and freedom from pain during his sunset months.”

After several months, Mason started to come out of his shell and play with toys. He still would bat and hiss and anyone who tried to pet him. One day a litter of kittens were brought into the foster home and everything changed.

As soon as the kittens entered the room, Mason transformed into a sweet loving grandpa. The curious kittens came over to Mason and started to cuddle and lick his ears. The foster mom was leary at first, but melted when she saw the change in Mason. Even the wildest of hearts are tamed by a litter of adorable kittens. 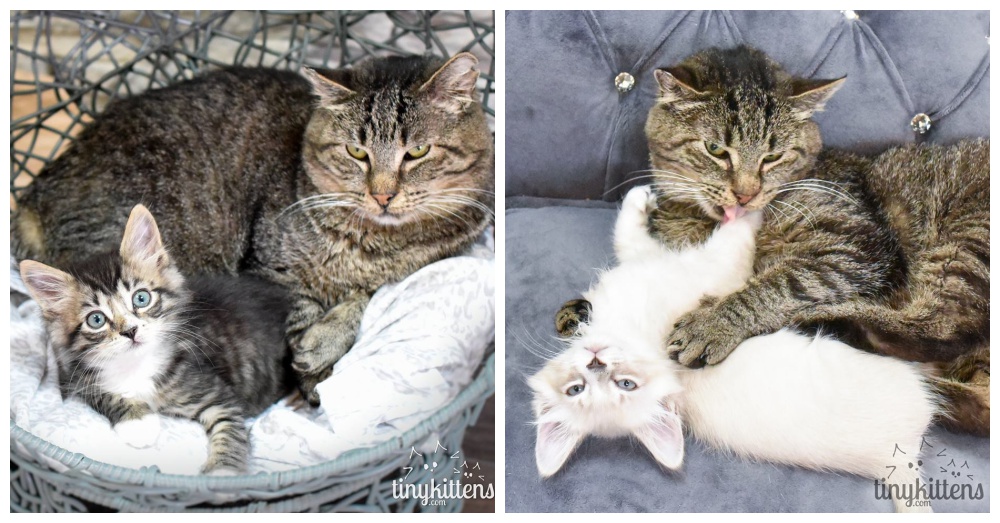 “When Scrammy (ginger kitten) started licking Mason’s ear, and Mason leaned into it, I completely melted… the one thing missing for Mason had been contact with another living being, and while he didn’t want that from ME, he had clearly been craving it from his own kind,” states his foster mom.

Mason has regular “play dates” with the kittens. Whatever time he has left will be filled with joy and kittens.

Watch the adorable video below of the kittens cuddling with Mason.