Have you ever looked outside during a nasty storm and wondered where wild animals take cover? After all, they don’t receive the warnings we do to be careful when there are high winds, floods, and other natural disasters.

That’s how a baby deer in California found itself in a frightening situation. After a heavy rainfall, it wound up stuck in a storm drain with no way to escape. Thankfully, a few local first responders were there to save the day! 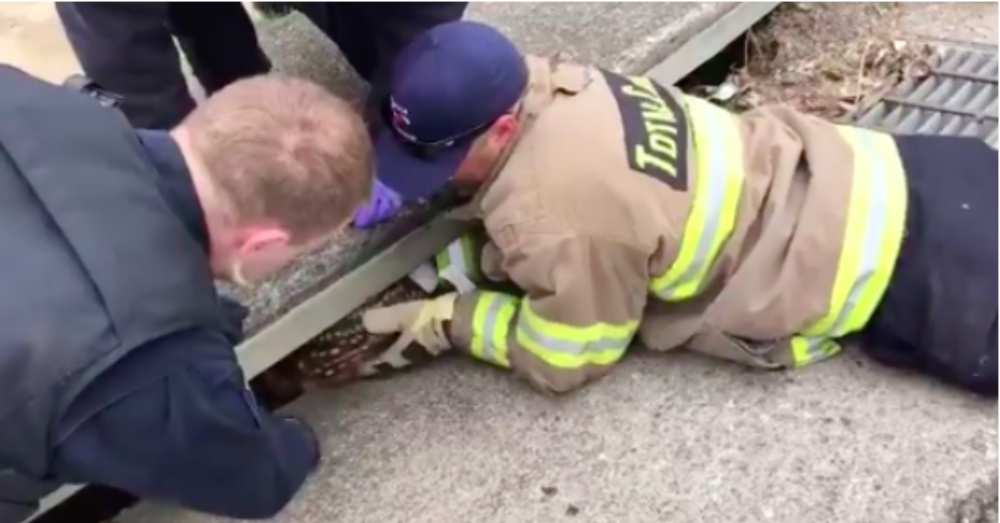 In a video shared on Twitter, we can hear the fawn crying in the background while a firefighter from the North County Fire Authority struggles to delicately remove it from the storm drain. He’s joined by two Pacifica police officers, who do their best to support him.

They all make one thing perfectly clear: No matter what happens, they are not giving up on the poor deer! 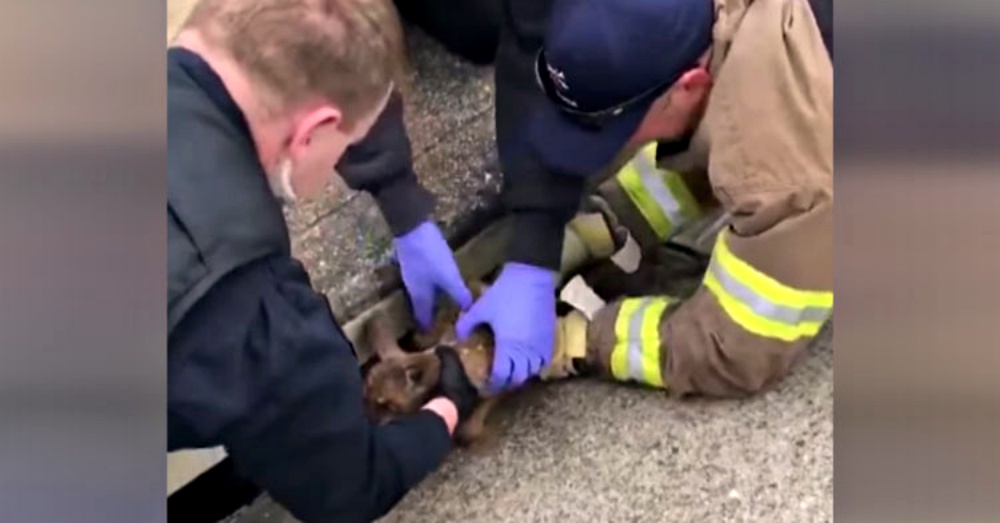 After a bit of maneuvering, the three of them finally calm the sweet baby down enough to remove it from its temporary prison. As the stunned fawn processes everything that just happened, it allows the brave rescuers to comfortingly hold and pet it. 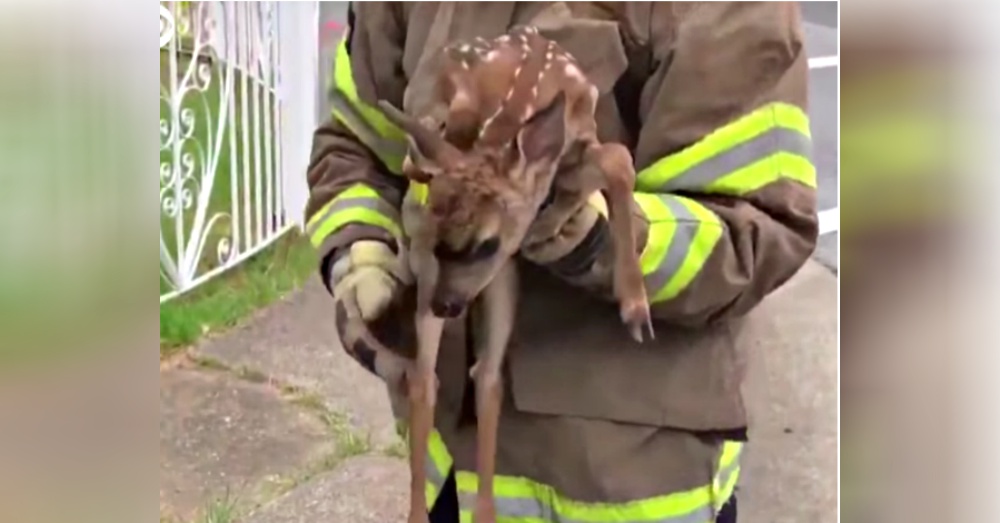 Ever since the moving clip was posted online, the California community has praised these first responders for their determination and kindness to a creature in need. Thanks to them, the fawn is just fine and has another chance to grow up and live a full life! 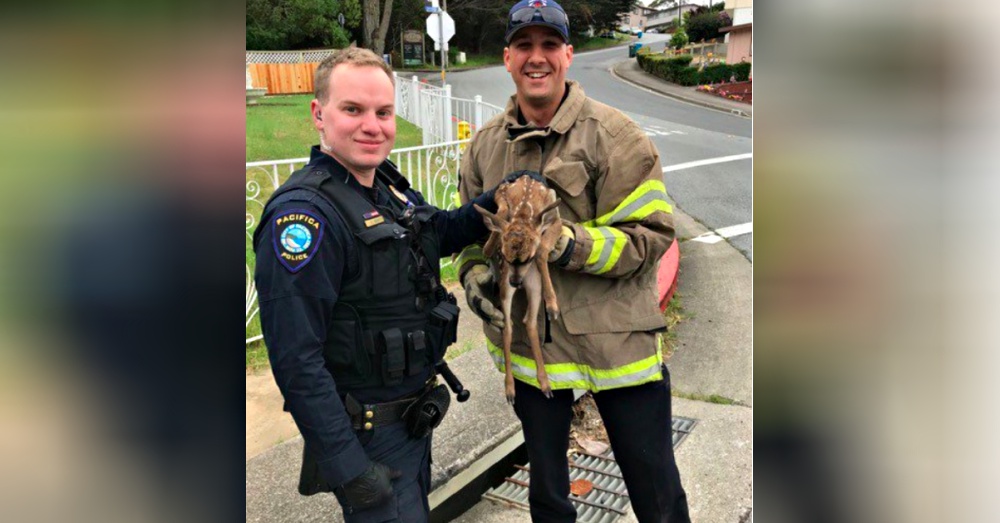 What a great reminder that we need to look out for the animals in our communities as well as our fellow humans. We’re so grateful to these men for working together to save this fawn.

Check out their sweet rescue mission in the video below, and be sure to spread the love by sharing this story with your friends.

A great team effort with @PacificaPolice today. Our firefighters along with PD were able to rescue a fawn caught in the storm drain on the corner of Crespi and Barcelona.