When Curious Puppy Gets Head Stuck In Cinder Block, Firefighters Rush To Save The Day.

First responders see their fair share of interesting things as they go about their work days.

The crew from St. Johns County Fire Station 8 is no different, but that didn’t keep them from being surprised when they responded to a call from a pet lover in Hastings, Florida. 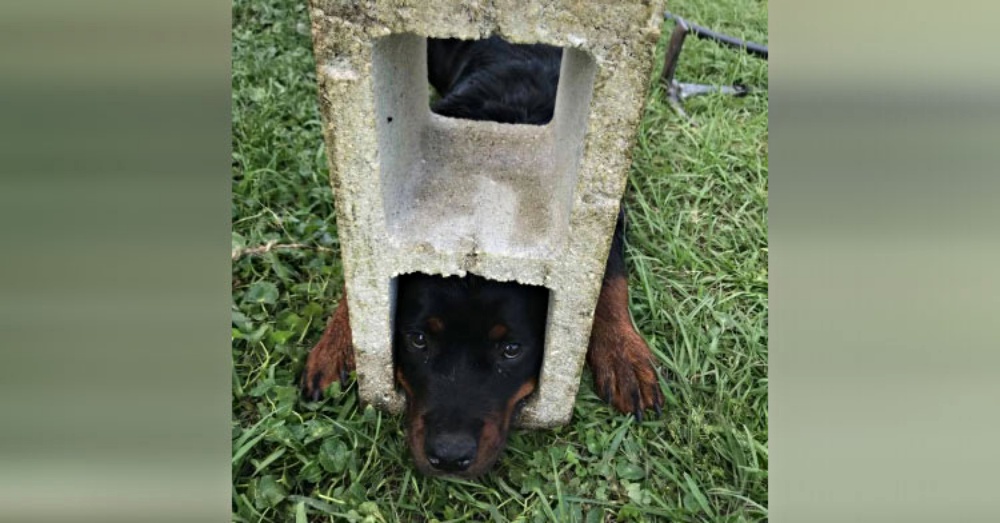 Fifi is a 6-month-old rottweiler who, like most puppies, is very curious about the world around her. Perhaps a bit too curious, if you ask her owner. You see, she likes to stick her nose where it doesn’t belong, and this April, she suffered the consequences.

While her owner was away at work, the poor thing was sniffing around her yard and somehow got her head stuck in a 30-pound concrete cinder block. As you can imagine, Fifi’s owner was horrified to find her trapped like that when they returned home.

They tried hard to free the pup, but even after greasing her head with soap and water, neither they nor the responding deputies they called could break her out. It was time to bring in the big guns! 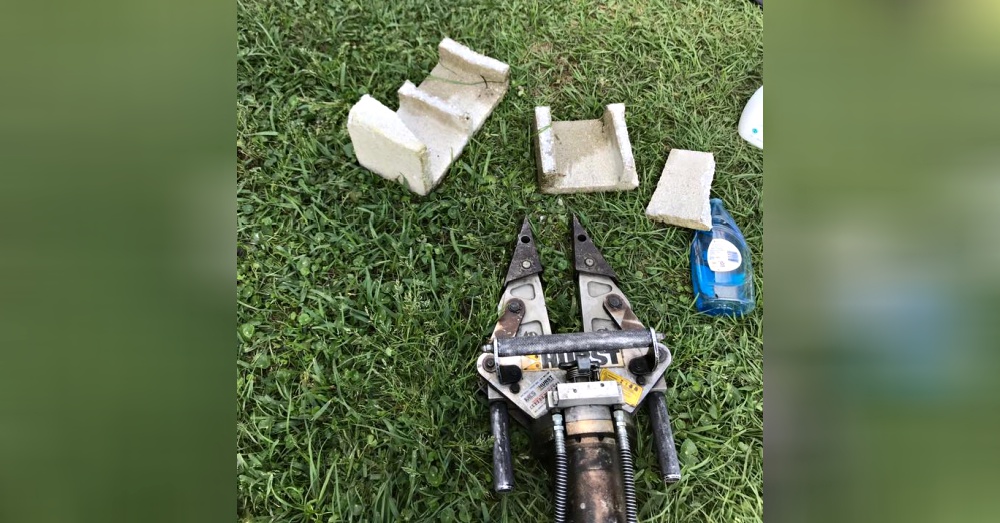 When the Station 8 firefighters arrived, they were armed with the “Jaws of Life.” The hydraulic rescue tools exert thousands of pounds of pulling force, which proved to be much more effective than soap and water!

They quickly managed to crack the cinder block open and release the uninjured and extremely grateful Fifi.

According to their update on Facebook, she “is excited to be sniffing around again.” Maybe next time, she’ll use a little more caution before she chases after an interesting scent. Oh, who are we kidding? We all know this won’t be her last foray into naughtiness. 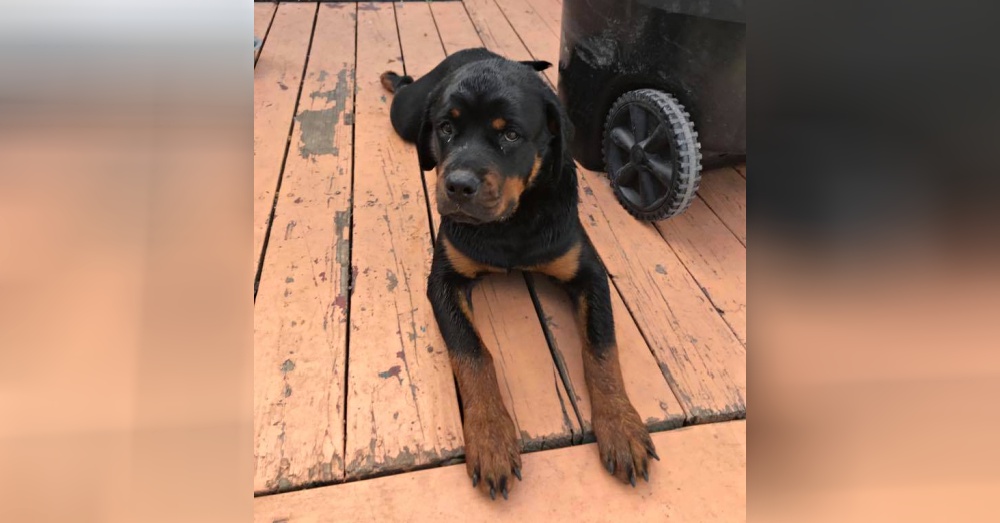 Here’s hoping these firefighters don’t have to break Fifi out of any other cinder blocks. But if they do, we know they’ll take great care of her!

Share this story with pet lovers whose dogs are always getting into trouble.

Heroic Dog Makes Miraculous Recovery After Being Stabbed While Protecting His Owner.: Click “Next” below!