Jean has owned several dogs in her life, but none of them have fallen as instantly in love with her as her neighbor’s dog Cheddar.

Cheddar lives with his mom and dad in the house next to Jean’s. One night his mom Shelley took him for a walk and they met Jean and her husband. After just a few minutes together (and a few cookies for Cheddar), everyone noticed that the dog seemed absolutely smitten with Jean. 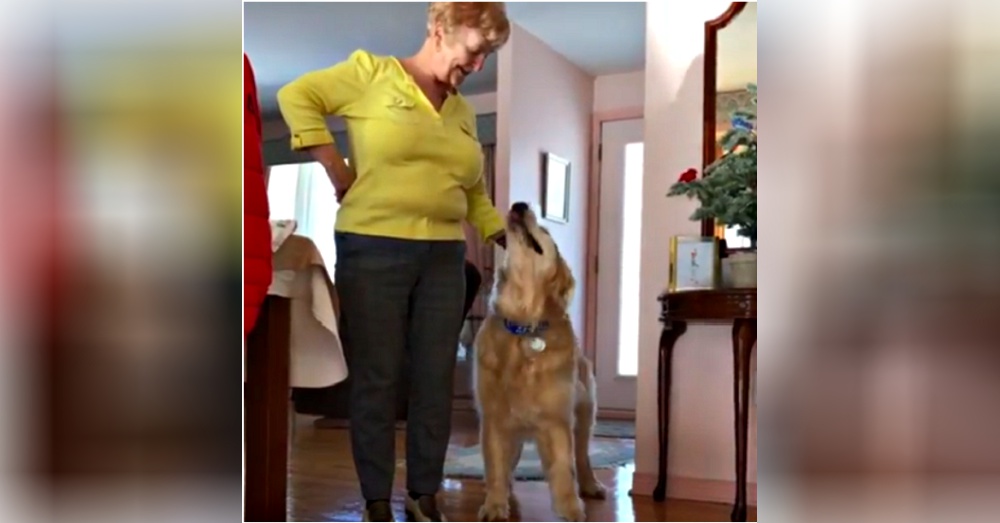 Sure enough, the next day Cheddar couldn’t wait to get outside so that he could rush to Jean’s door to say hello. The neighbor was happy to see him but honestly, a bit bewildered over his fixation on her. Could it be the treats she liked to slip him when Shelley wasn’t looking? Or perhaps it was the belly rubs? 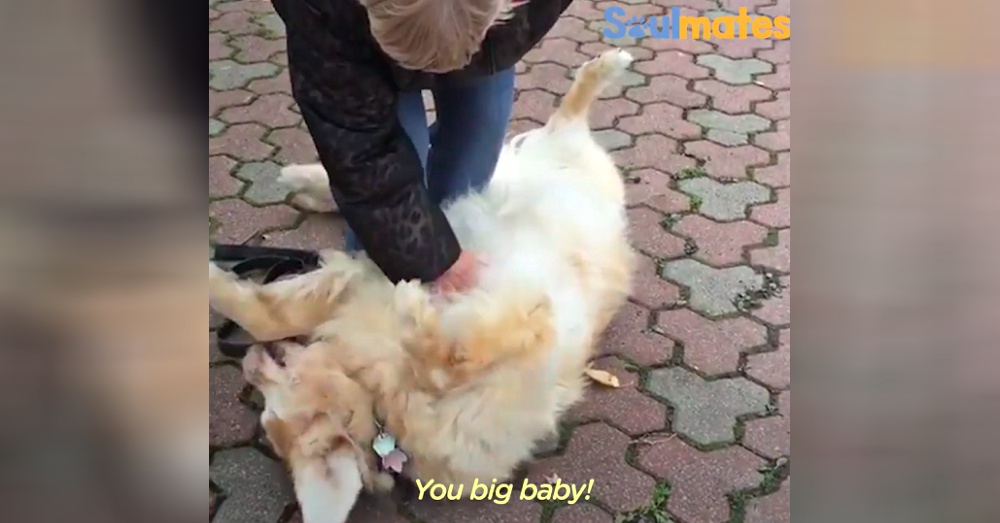 Whatever the reason, Cheddar fell head-over-heels for Jean and now their unusual friendship is going viral online. “How he took to her, I mean, it was instantaneous,” Shelley explained. “We were taking an evening walk, and Jean and her husband happened to be outside and they remarked on what a beautiful dog Cheddar was. So we went over to them to chat and I think we spent two hours with them. I started going there just about every day.”

“We liked each other right away,” Jean agreed, adding that she sometimes wonders whether one of her deceased loved ones or dogs might have been reincarnated as a fun-loving golden retriever! She can’t explain why Cheddar loves her so much, but the feeling is mutual and she’s just going with it. 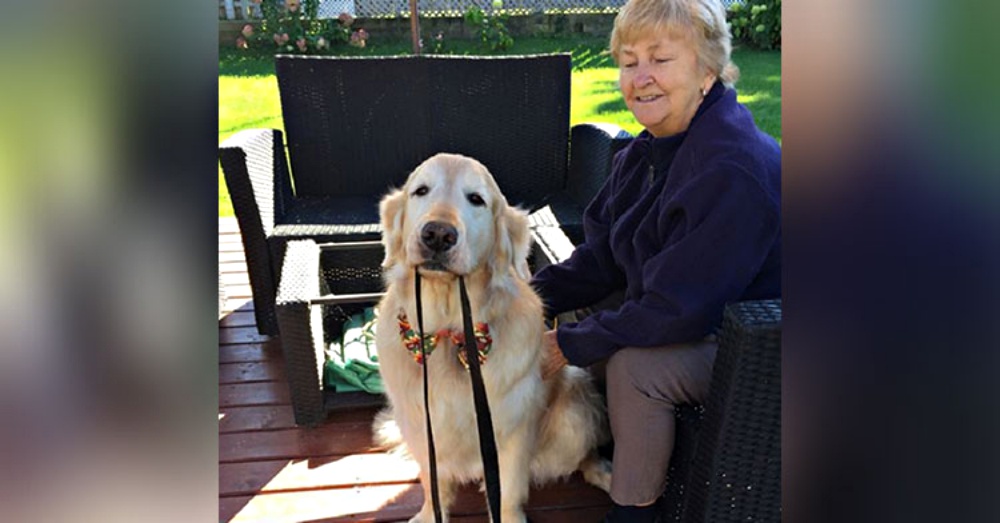 “She babysits,” Shelley said. “When we leave our house he makes no attempt to come with us.” Not only that, but Cheddar sometimes doesn’t even want to leave Jean’s side to come home for dinner. Jean says he clearly loves Shelley and his real family, though. There are days when he is happily sitting with Jean when he’ll suddenly remember his “real” family, rushing home to make sure Shelley is okay. 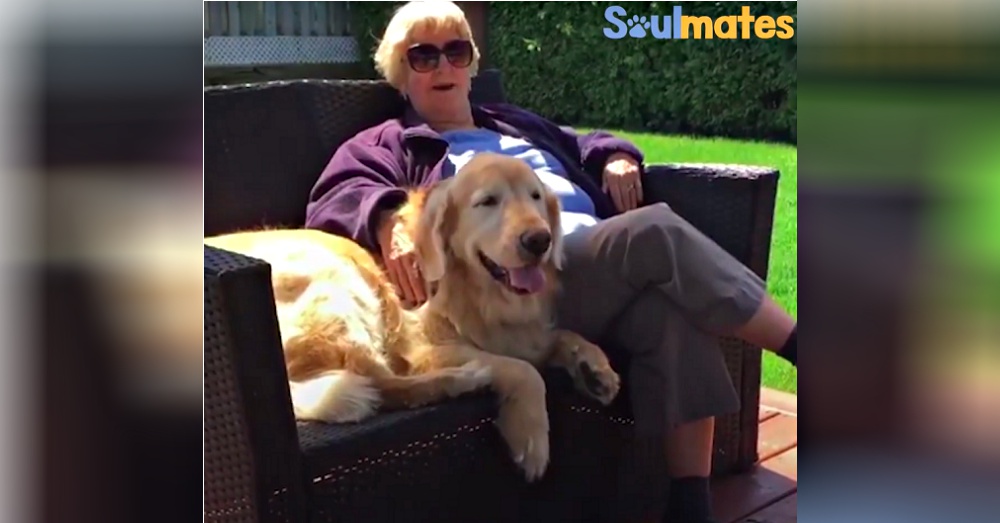 What a sweet dog! It’s so adorable how he made up his own mind about who should fill that all-important best friend role in his life. This sounds like a beautiful friendship!

Watch the video below to learn more about Cheddar and Jean’s sweet friendship, and don’t forget to share.

Seagull Dives In At Perfect Moment And Steals Woman’s Lobster Roll Sandwich: Click “Next” below!