Dog Has Most Epic Freakout Ever When Owners Give Him New Puppy.

Dogs have a way of showing us what completely unfiltered emotions look like.

Twitter user Gillian Robles is a senior at King High School in Tampa, Florida. Gilli is a huge dog lover, and her family includes a mixed breed named Indy who has “an attitude” and a “food obsessed” black Lab named Arden. Both dogs get along well and seem to be enjoying a happy life with Gilli and family, . 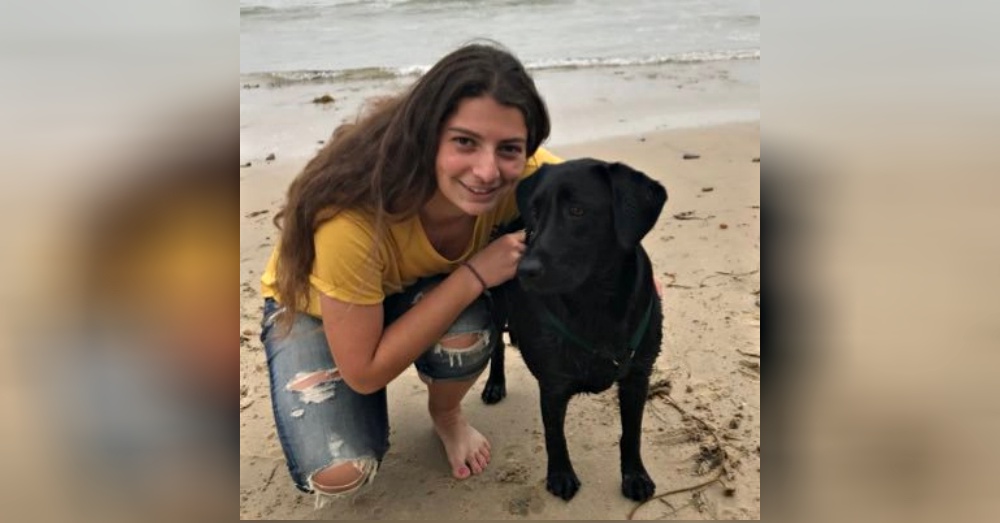 We imagine that neither Indy nor Arden could ever want for anything, but when Gilli’s family decided to add to their pack they knew whatever new pup they got was bound to become Arden’s new best friend. They informed the dogs of the impending family addition, but something tells us it didn’t quite sink in at the time. 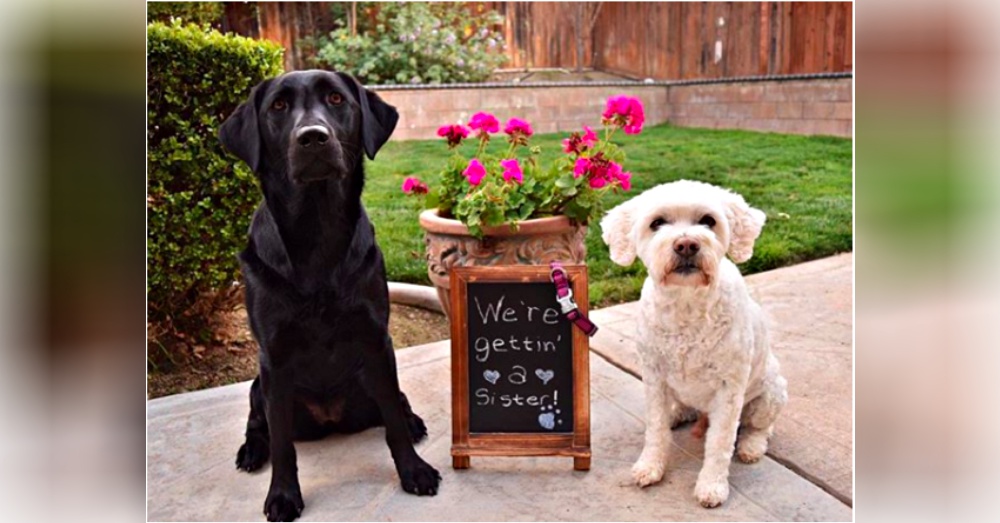 So on the day that Gilli brought home Stella, a champagne-colored Lab puppy, Arden had no clue she was about to receive the greatest gift a fun-loving dog could ever get. Gilli recorded the moment when they introduced the two dogs to one another, and the resulting video is beyond adorable.

“So we got my dog a puppy today and this was her reaction…” Gilli wrote in a tweet with the video. The family had placed Stella inside a box and allowed Arden to nose the lid off the box. The second the older dog spots the puppy she gets excited, but her excitement grows to near-hysteria as she realizes what’s happening. 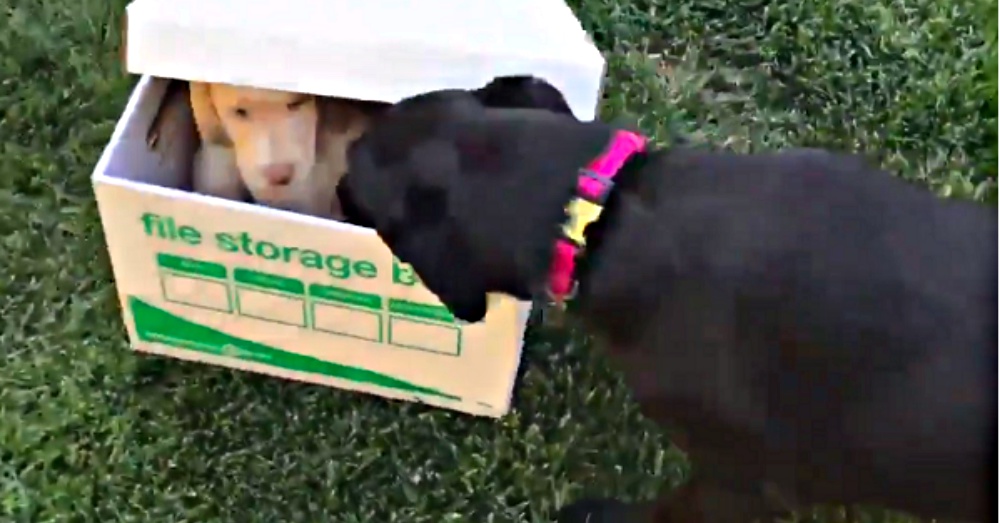 First the tail starts to wag, then she goes into a whole-body tail wag that has us cracking up! Arden is so excited that she starts running around and around in circles, rushing back over to give Stella sniff before zooming off again. Her eyes are wild with glee and we can safely say we’ve never been this excited — about anything — ever. 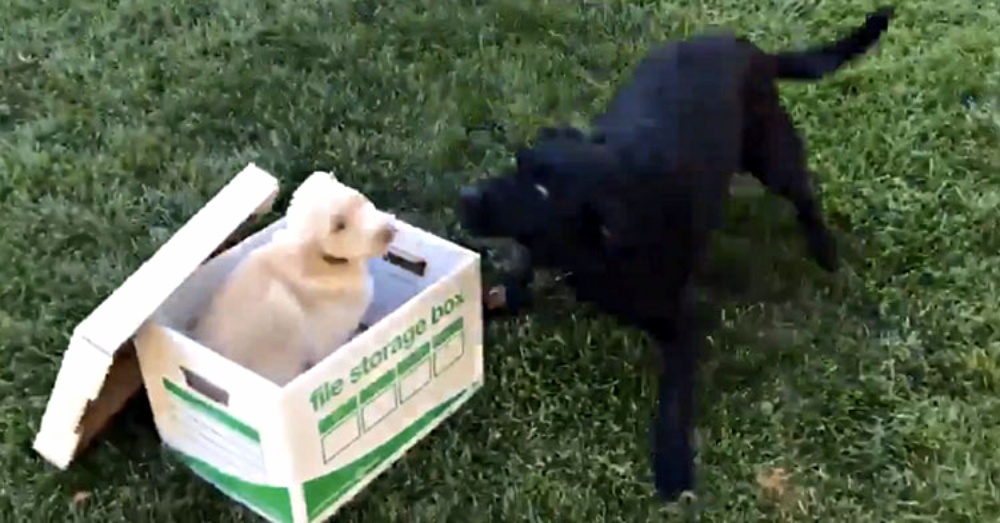 Gilli’s post was an instant hit online, quickly racking up over 15 million views on Twitter. People could not get over how adorable Arden’s reaction was, and many people demanded as many “pupdates” as Gilli could manage. 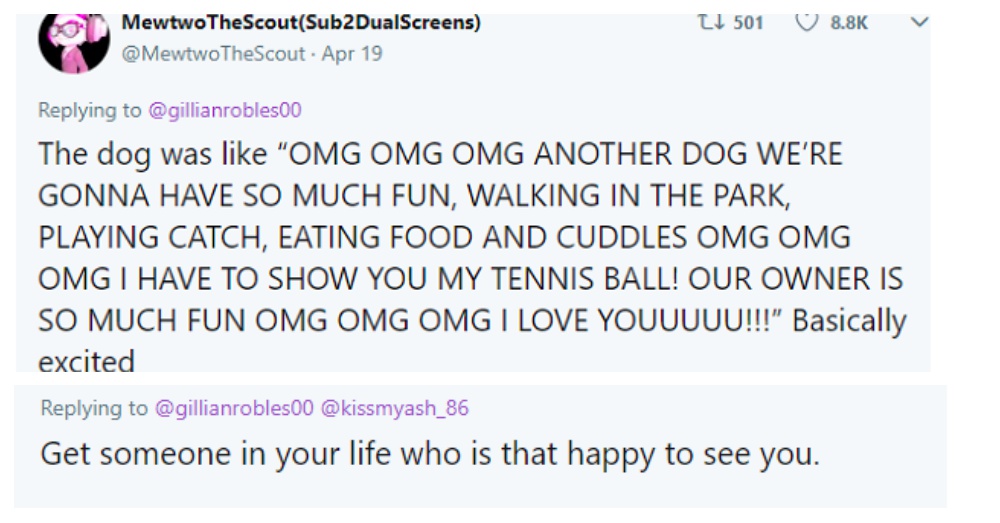 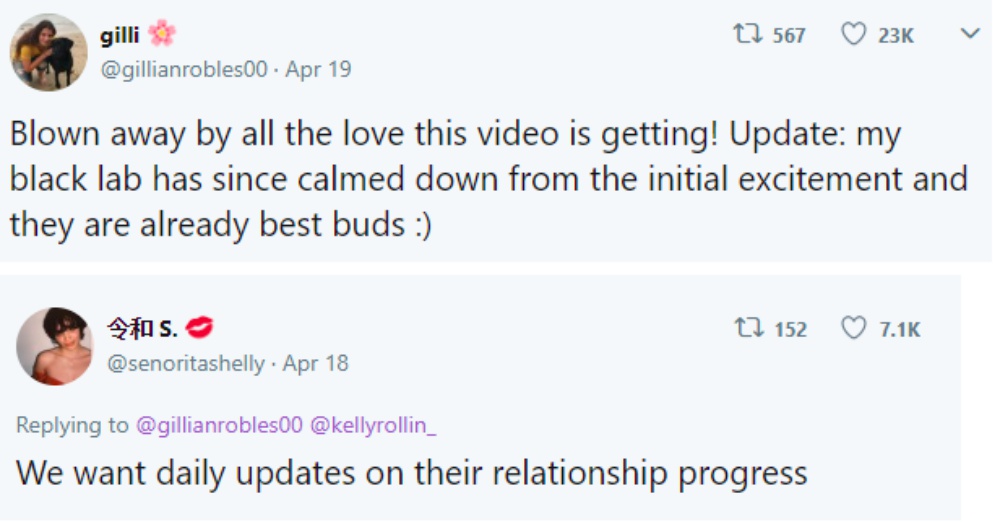 One person even showed the video to her dog to get another adult dog’s perspective, and sure enough, this video is cute to all who see it. Just look at this sweet Golden retriever’s reaction below.

No matter who you are you can’t help but smile at the pure, unadulterated joy Arden displays in this video. To make matters even cuter, Gilli has since shared more updates on their budding friendship. As predicted the two are now best friends forever. 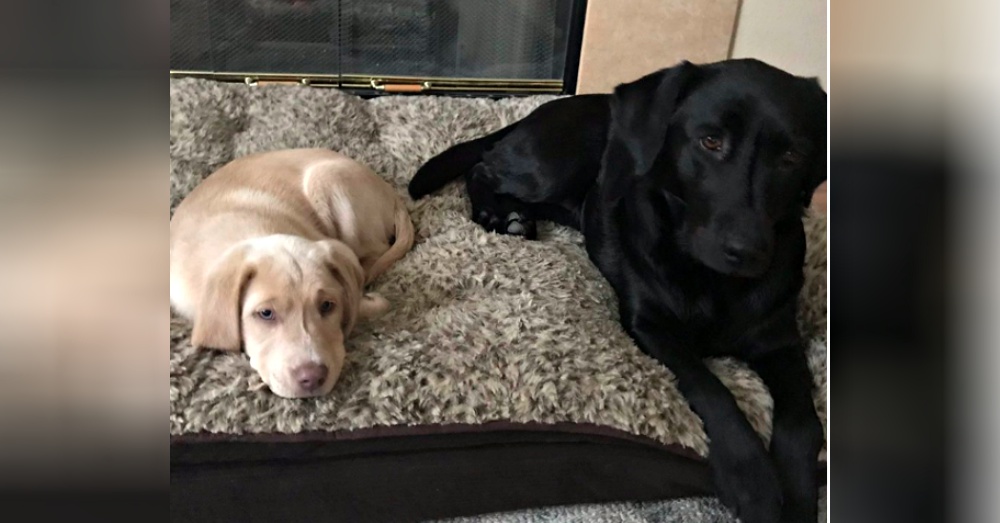 Aww! We absolutely love these two. Whenever we need a pick-me-up we will be watching this video on repeat. With all the negative stuff in the world, sometimes we need a reminder that pure love, joy, and enthusiasm still exist. All you have to do is look for it!

Watch Arden meeting Stella in the video below, and don’t forget to share.

So we got my dog a puppy today and this was her reaction… pic.twitter.com/bMwcywAuAv