We all know that firefighters are in the business of saving lives and that they do so every day. But there’s a dramatic difference between knowing that fact and seeing it for yourself.

Last week, firefighters from the Sacramento Metro Fire District in California rushed to a home in the Arden-Arcade area just after 8 p.m. Flames were shooting out of a bedroom window when they arrived. While the residents were already waiting safely outside, their dog was still trapped in the burning house. 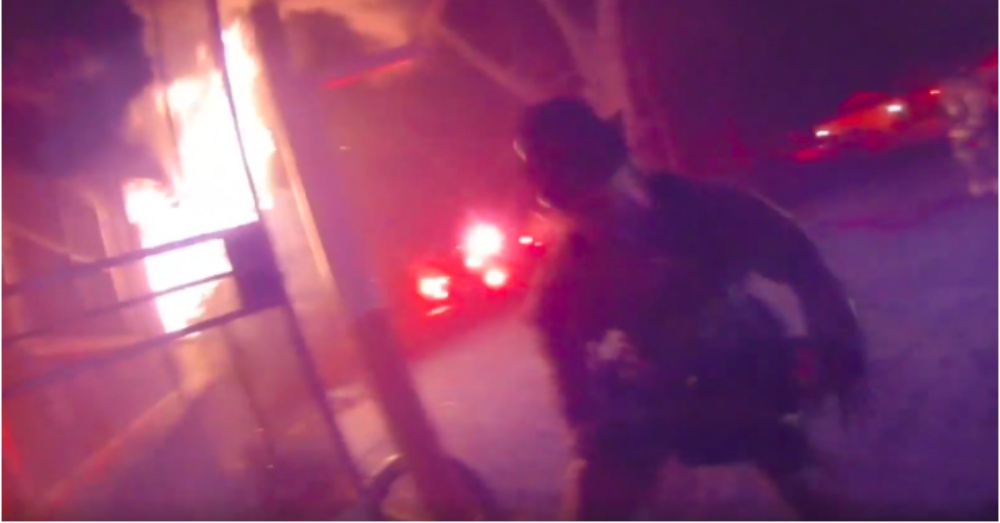 Fortunately, the firefighters were able to put the blaze out within 10 minutes but we all know that smoke inhalation can be just as dangerous. One of the men’s body cams recorded as they forced the front door open and black smoke began pouring out. They keep their eyes peeled for the dog named Dicky as they navigate their way through the smoky interior. There, lying under a bed in the room where the fire had started is Dicky, limp and unresponsive. 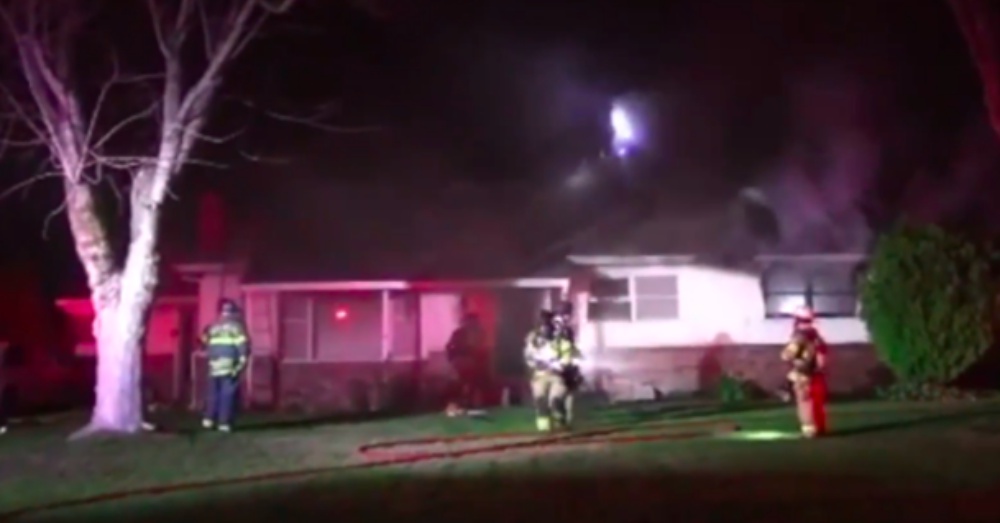 One of the men grabs Dicky and carries him outside, hoping it isn’t too late for the little dog. He lays Dicky down on his side near the truck, where he starts performing CPR. 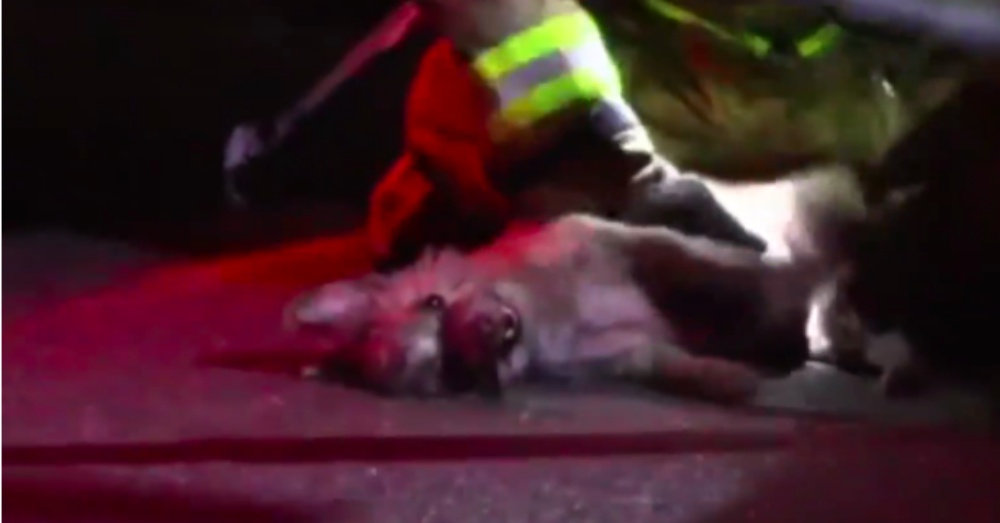 After a few seconds, the fireman stops compressions while another places an oxygen mask over Dicky’s face. The other man holds the mask in place and anxiously waits, unsure whether the pup will pull through. 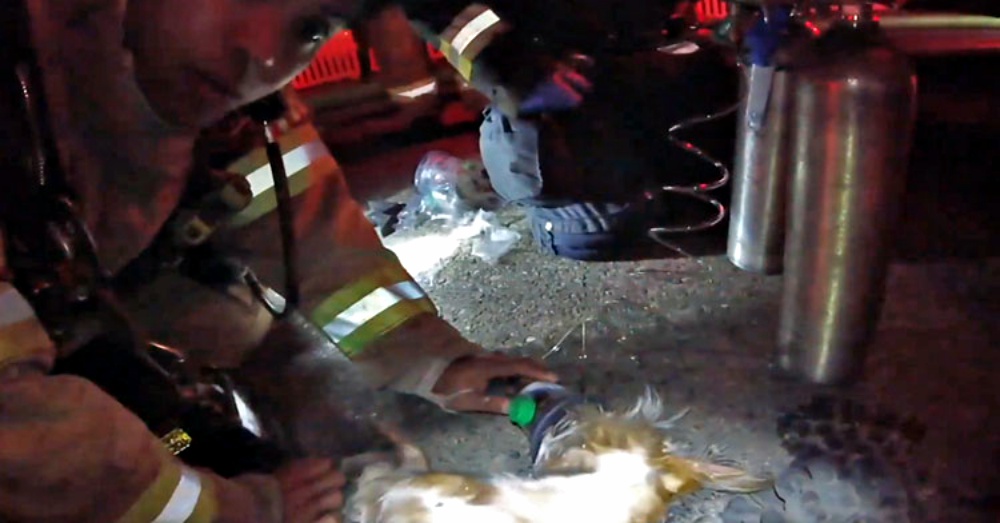 And in an amazing, cheer-worthy moment, we see Dicky snap awake, wiggling his body this way and that in major disorientation. The firefighters gather around him, making sure he’ll be okay. 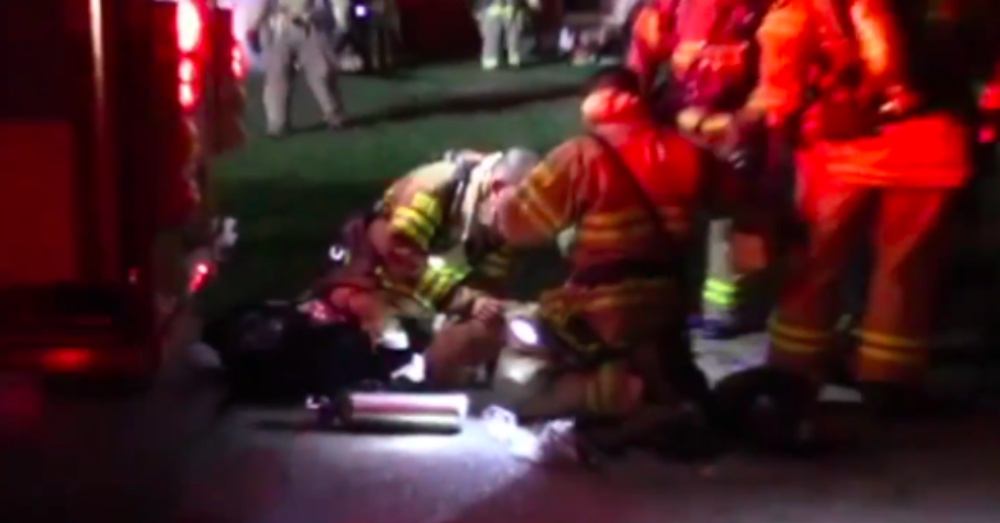 Thanks to the brave men who worked quickly to bring him back to life, Dicky will live to see another day. His family is so grateful — as we’re sure he is, too!

The fire department uploaded the nail-biting footage to Facebook, where it was watched by thousands. Hundreds commented, thanking the men for rescuing the dog. 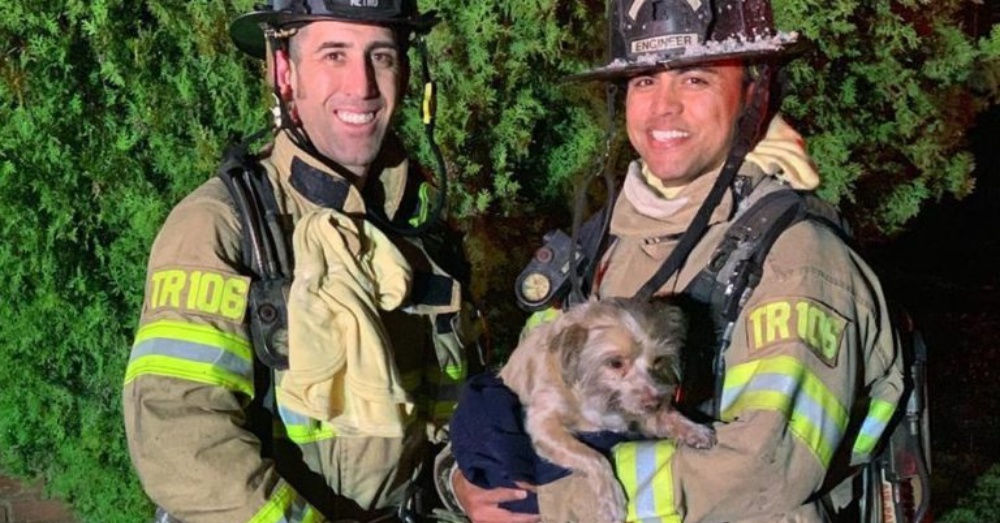 “Great job, firefighters, you saved someone’s precious friend. That had to make you guys feel good! Kudos,” one person wrote. Another added, “Thank you for being there. Thank you for caring for them all.”

For these wonderful first responders, their actions may be just part of the job. But that’s what makes them heroes to the rest of us, especially the people (and animals) they help. Watch as the firefighters resuscitate Dicky in the video below, and share to spread thanks to them for saving a life.

Beloved Fire Station Cat Forced To Leave The Only Home She Has Known Due To Anonymous Complaint: Click “Next” below!