As if being a dog who can read wasn’t incredible enough, Dave Wardell’s German shepherd Finn also has the magical ability to move even the toughest curmudgeons to tears.

Dave is a police officer in the United Kingdom, and for the past seven years, his trusty K9 officer Finn has been by his side. Even though Dave describes his partner’s personality as “cheeky,” there’s no doubt that Finn would lay down his life when asked to do so. Dave knows this fact is true because in 2016, Finn did just that. 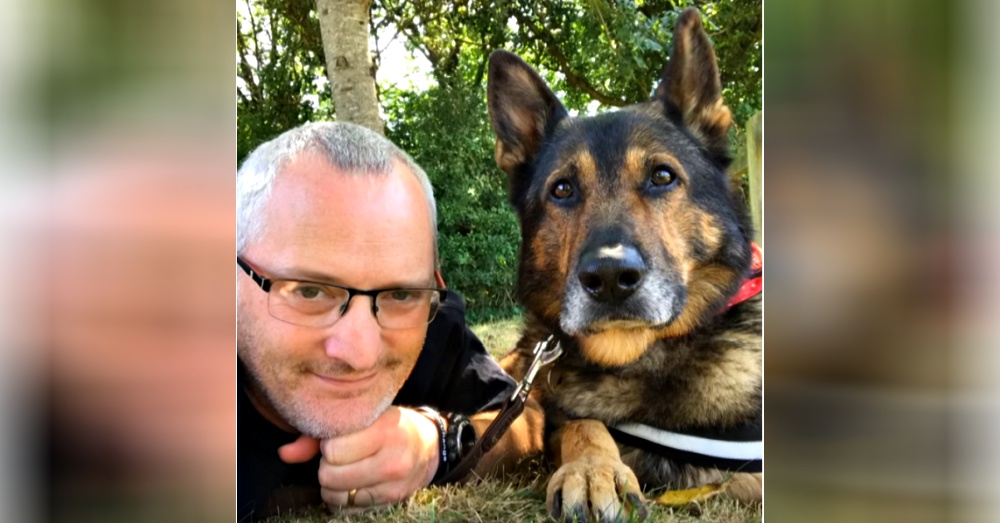 In 2016, a suspect pulled a knife on Dave and attacked him. Finn bravely jumped into action, saving his partner’s life and taking the stab wound himself. The wounded dog clung to life for days and was finally saved by talented veterinarians who worked on him like the wounded warrior that he is. 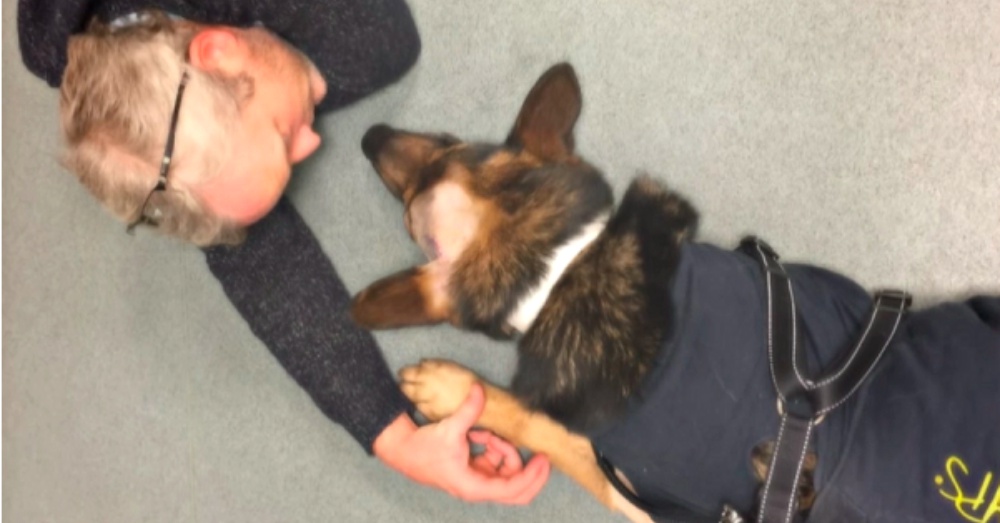 Two years later Finn is back to full health and looks better than ever, and now he’s ready to wow the world with his highly unusual set of skills. Taking to the stage of “Britain’s Got Talent,” Finn and Dave gave the judges a magic show they won’t soon forget.

First, Dave had judge David Walliams write down a random object on some paper and show it only to Finn. 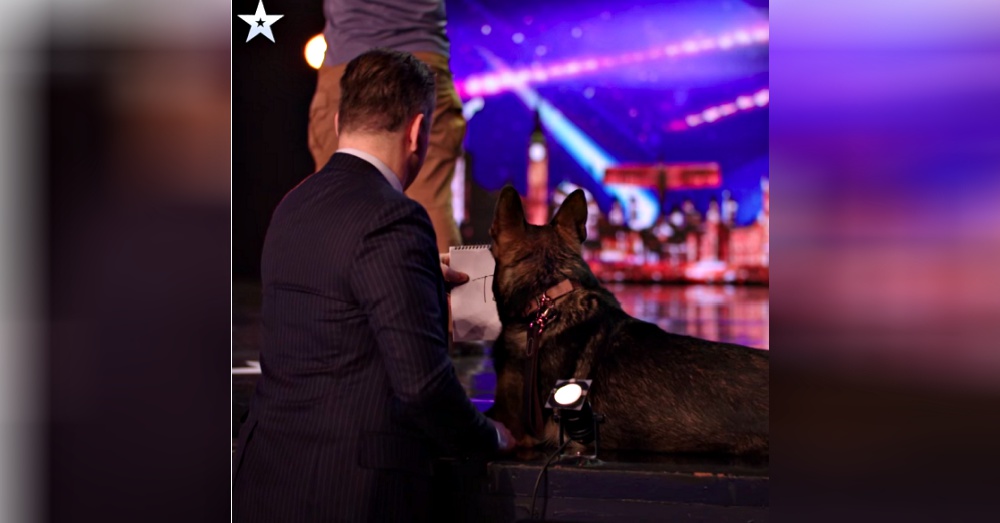 Moments later, Dave knelt by his dog’s side and had Finn “whisper” the answer in his ear. After confirming that there’s no way he could have seen David’s word on the paper, Dave revealed that Finn had told him the word is “table.” Sure enough, that’s the word David wrote! 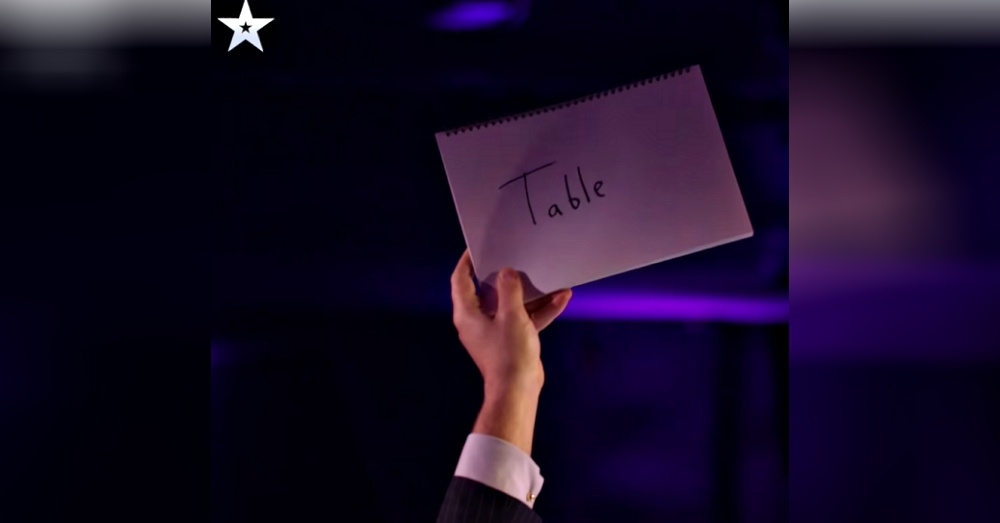 After the crowd stopped cheering for Finn’s incredible act of telepathy, Dave explained how Finn had sacrificed his own body in the line of duty, saving his life. There wasn’t a dry eye in the house, including those of Simon Cowell. Though Simon is a notorious tough guy when it comes to human beings, it’s well known that he has a soft spot a mile wide when it comes to animals. True to form, Simon was visibly choked up as he listened to the story of Finn’s bravery. 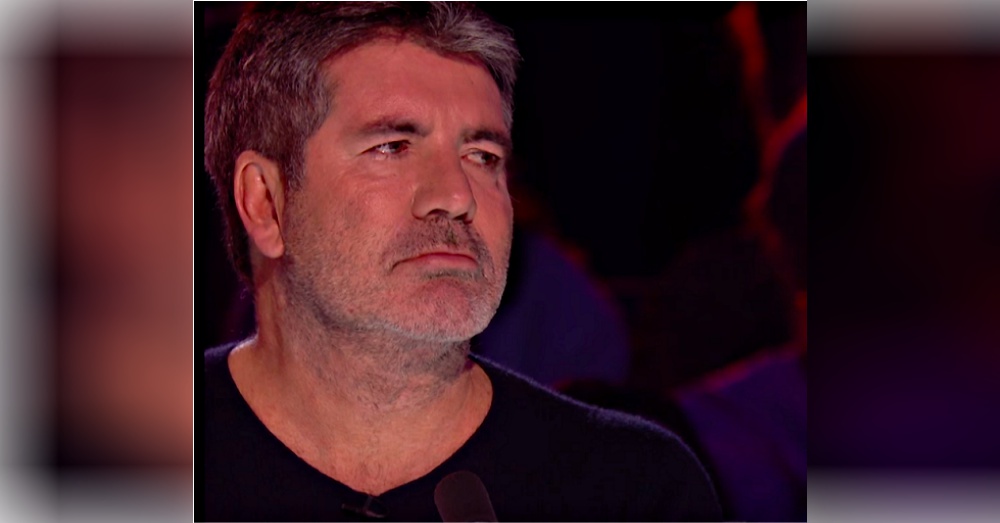 To lighten the mood, Dave finished their act with one more magic trick. This time he asked Simon to come up on stage and randomly select a word from a booklet. Incredibly, Dave then revealed that the very word Simon had randomly picked had been engraved on Finn’s collar ahead of the show.

The word, naturally, was heroic. We can’t think of a more suitable word to describe this dog! 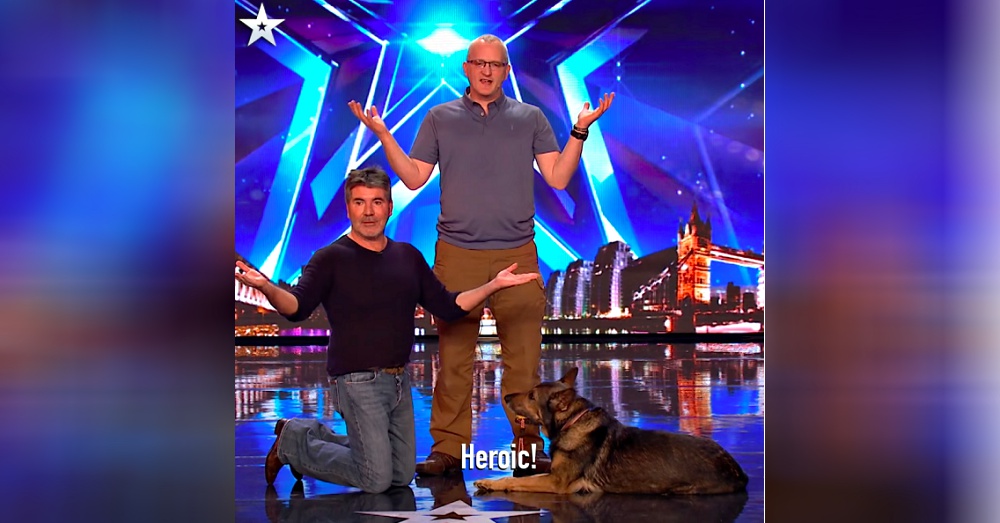 Dave says it’s the pair’s close bond that enables them to perform their magic act. “Finn and I live together, we worked together, and we spend 24 hours a day together. We’ve been through some quite massive adventures,” he said. “I’ve never had to give Finn instructions on what to do, he just knew. It was born out of our amazing relationship and bond.”

“I know what he’s thinking and he knows what I’m thinking – quite often before I’ve even thought it. It comes from our real close connection and our real close bond. I hope that comes across in the act,” he added.

The judges were united in their decision. “A dog will literally give up its life for you, and for anyone who’s been cruel to an animal or dogs just remember, if you’d have treated him well they would have put their lives up ahead of yours,” Simon said emotionally. “Can I please give you your first yes?” 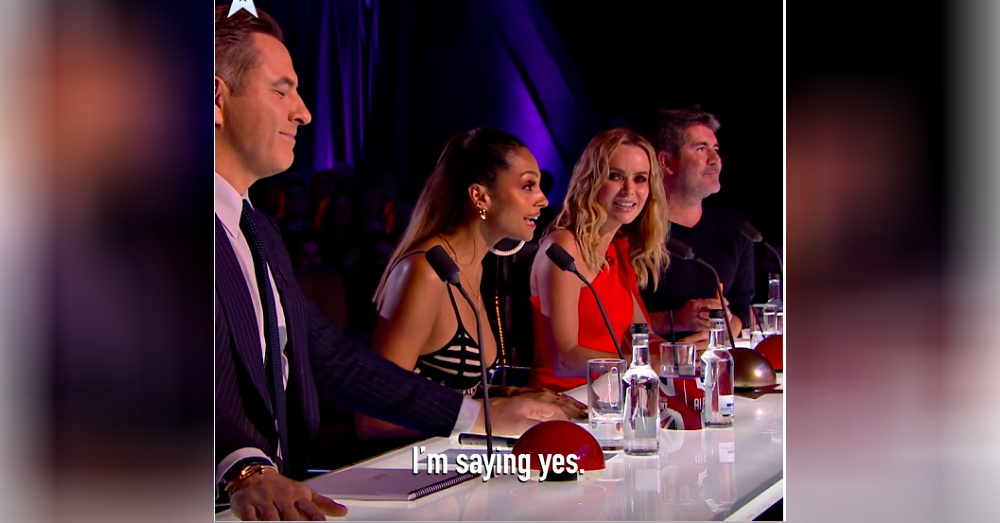 Four yeses later, Dave and Finn are on to the next round! Dave hopes that their appearance on the popular talent show will help raise awareness for their special project, “Finn’s Law,” a campaign for greater legal protection for animals. 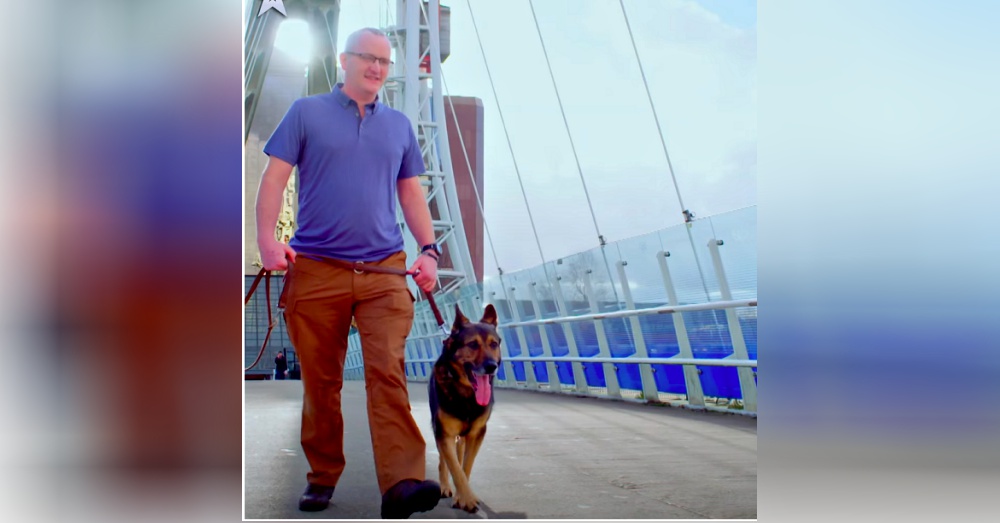 Finn is sure to be a favorite during this cycle of BGT! Not only is he adorable, but he’s brave and heroic as well. Plus, he can read and communicate telepathically (apparently!), so he seems like a shoo-in for the number one spot. We’ll definitely be rooting for him!

Watch Dave and Finn move Simon to tears in the video below, and be sure to share.