There’s no doubt that pets enrich our lives so much, but losing them is akin to parting with a family member.

Twitter user Yvonne Gutierrez can vouch for the heartbreak of losing a beloved family pet. In a video that has gone viral online, Yvonne shared a precious family moment that’s hitting home for dog lovers everywhere. It all started when Yvonne’s family said goodbye to their dog. 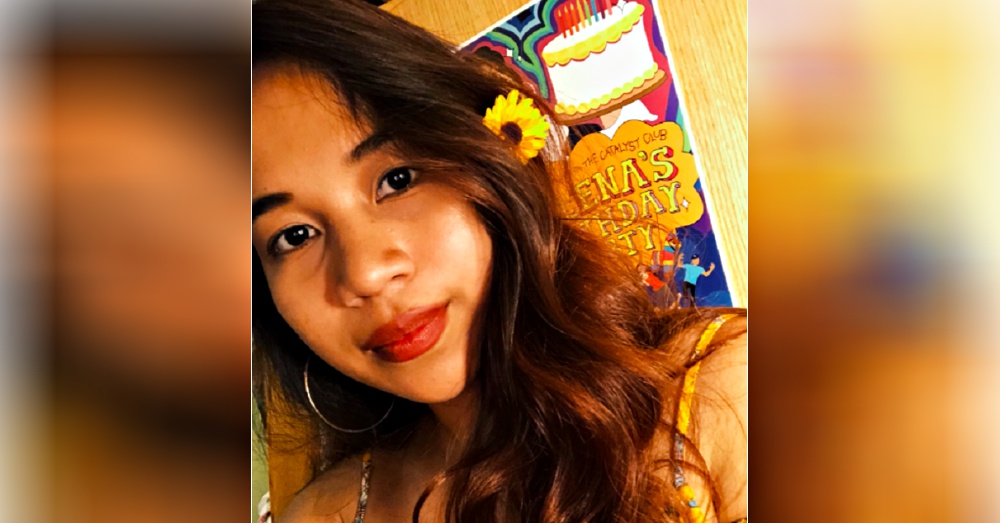 Yvonne knew that the loss of their dog had hit her father hard. Some men really bottle up their emotions when it comes to matters of the heart, but her dad wore his heart on his sleeve when it came to loving their pet. In an effort to help her family heal, Yvonne decided to surprise her parents with an adorable new family member.

While someone recorded video of her dad sitting behind the wheel of his pickup truck, Yvonne handed him a wriggling black and tan puppy. 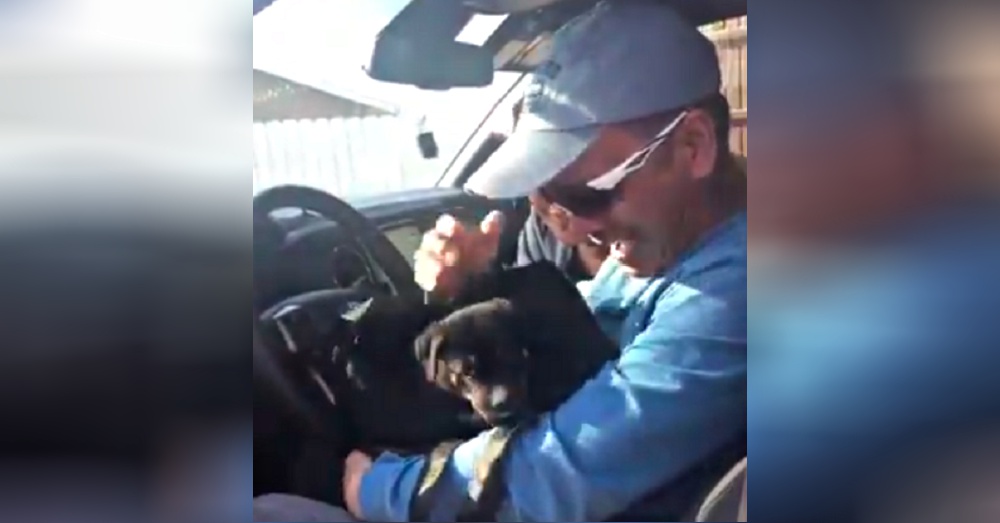 Her father’s reaction is instantaneous. As soon as the little dog is placed in his arms you can tell he’s delighted and shocked by his daughter’s kind gesture. Seconds later, the fact that this dog is for him really hits home and his emotions get the best of him. His face crumples and he begins to weep into his hands. 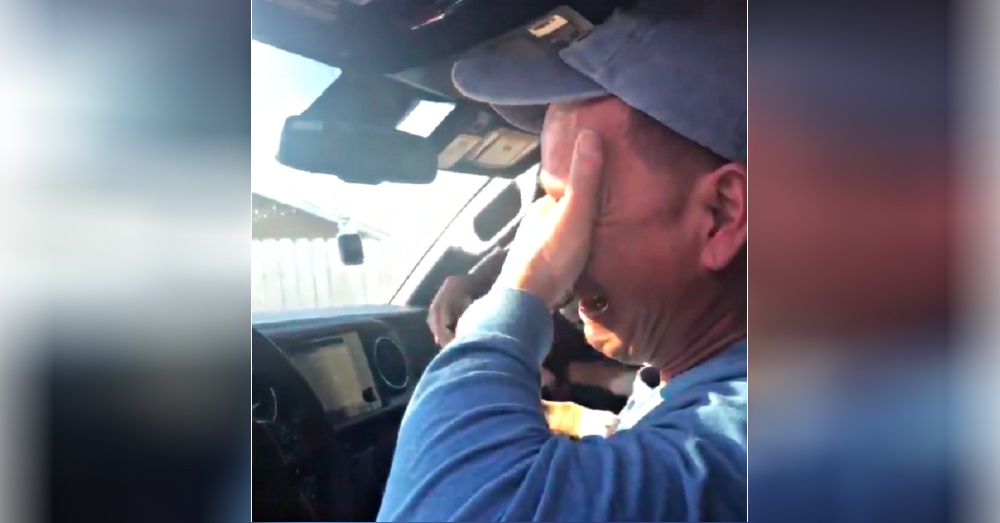 Yvonne gives Dad a quick hug as he cries, but he clearly needs a few moments to process this amazing surprise! In the passenger seat, you can hear Yvonne’s mom as she tries to soothe her weeping husband, but you can tell that everyone is moved by the moment. Meanwhile, the sweet puppy reacts to his new dad’s tears by sweetly licking his face in sympathy. 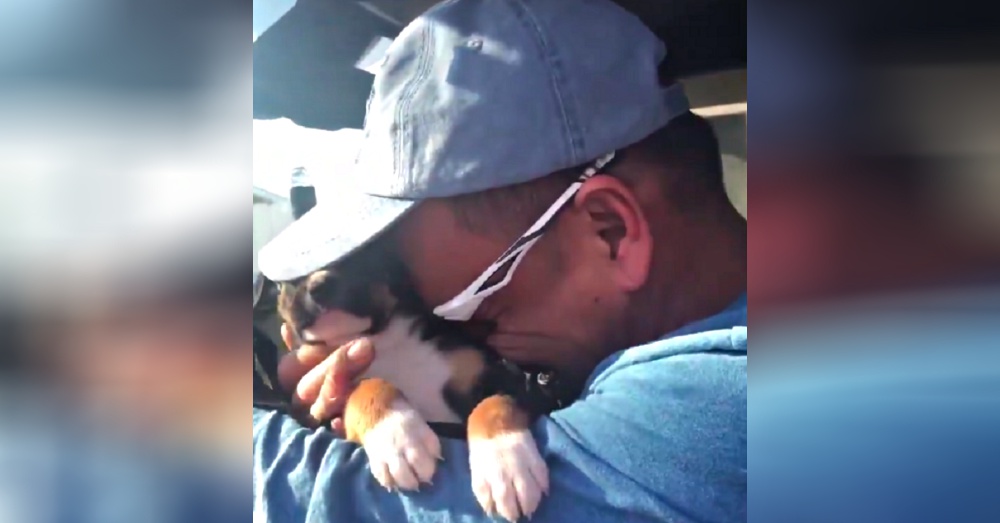 “My dad has been really depressed ever since our family dog passed away and today I surprised him with a new puppy,” Yvonne explained when she uploaded the video to her Twitter page. The internet reacted as you’d imagine — with tears of their own over her Dad’s sweet reaction! 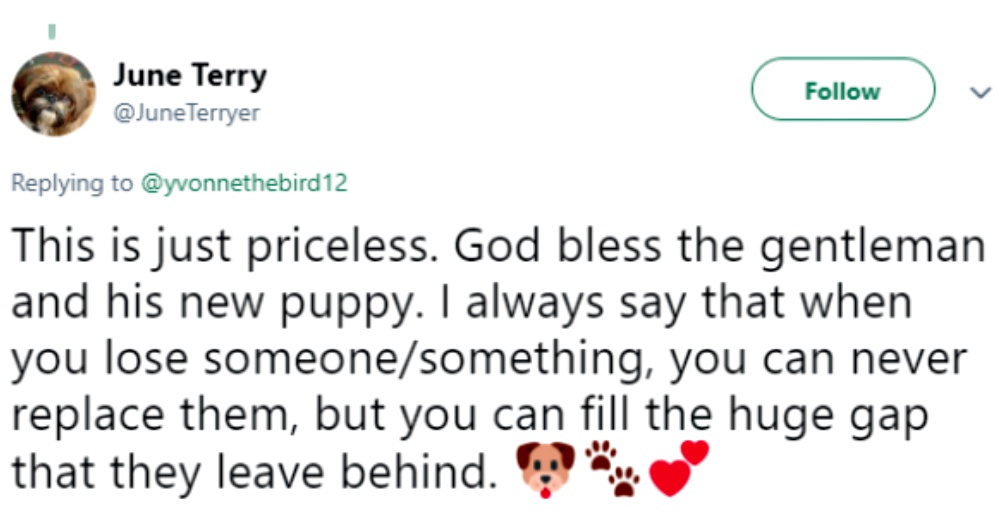 After Yvonne’s video went viral she recognized that we’d all be looking for a “pup-date” or two, so two days later she shared a photo of her dad sleeping with his new best friend on the sofa. Judging by the way the pup is snuggled in there, we’d say he’s fitting in just fine. 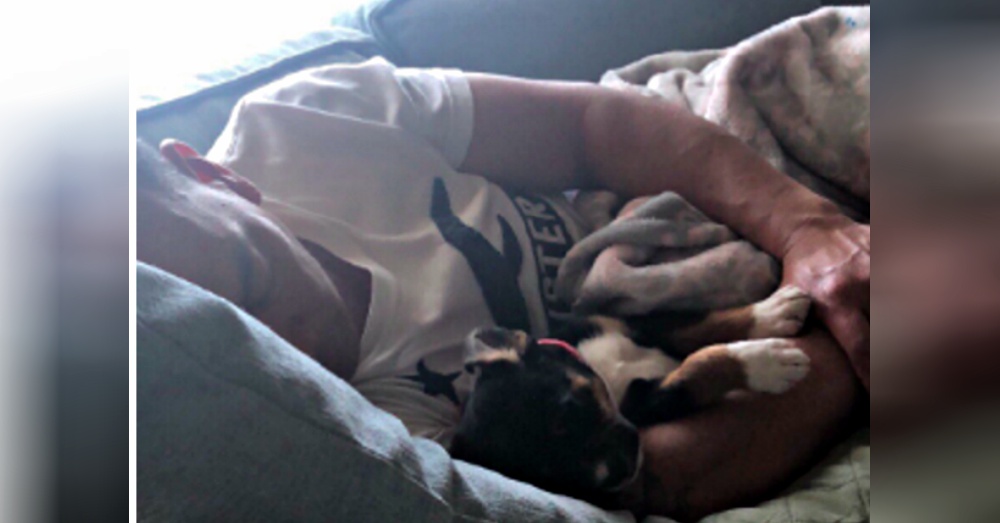 “Update: they love each other already,” she wrote. Aww! This is definitely one of the sweetest first meetings ever captured on video! We’re so happy that Yvonne chose to share this tender family moment with us. Surely, every animal lover sees themselves in her dad! We’d be weeping happy tears too, for sure.

Watch Yvonne’s dad react to his wonderful gift in the video below and don’t forget to share.

My dad has been really depressed ever since our family dog passed away and today I surprised him with a new puppy 😊😭 pic.twitter.com/1djg0FGMVf

Parents Of This Beloved Senior Dog Just Shared The Most Heartbreaking News On Instagram: Click “Next” below!