Cross-Eyed Cat Was Abandoned, But Now Her Crooked Face Is Stealing Hearts.

Brace yourself; there’s a cat out there who has more Instagram followers than some minor celebrities.

Her name is Olive, and she’s a rescue kitty who lives with her owner, Michelle Traynor, in New York. Michelle found the poor kitten covered in tree sap and extremely sick. She also has crossed-eyed and a prominent overbite, giving her the sort of face that you might think only a mother could love. 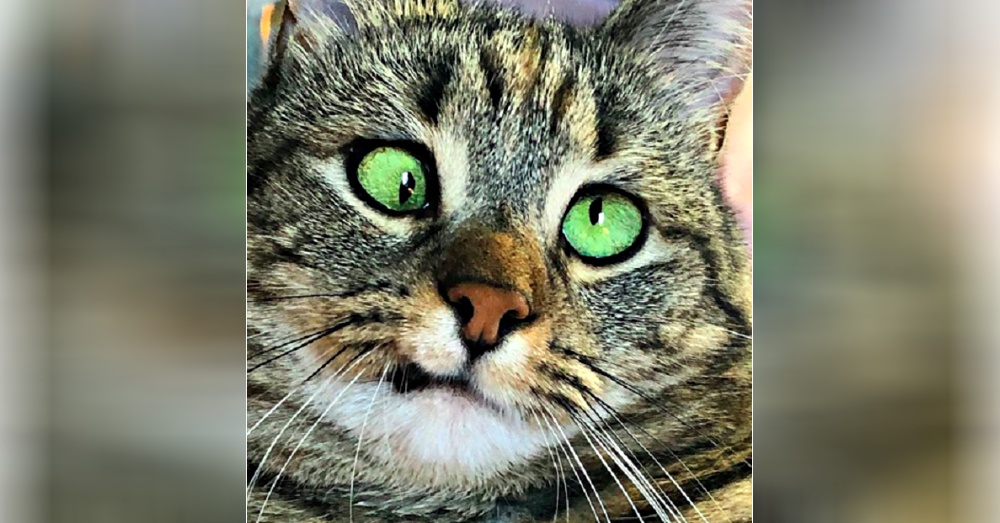 But you’d would be wrong, because it turns out thousands of people have fallen in love with Olive’s sweet, lopsided face. After Michelle started Olive her own Instagram page and started uploading pictures of the tabby cat with the perpetually-confused facial expression, she couldn’t believe how quickly the followers began to arrive. 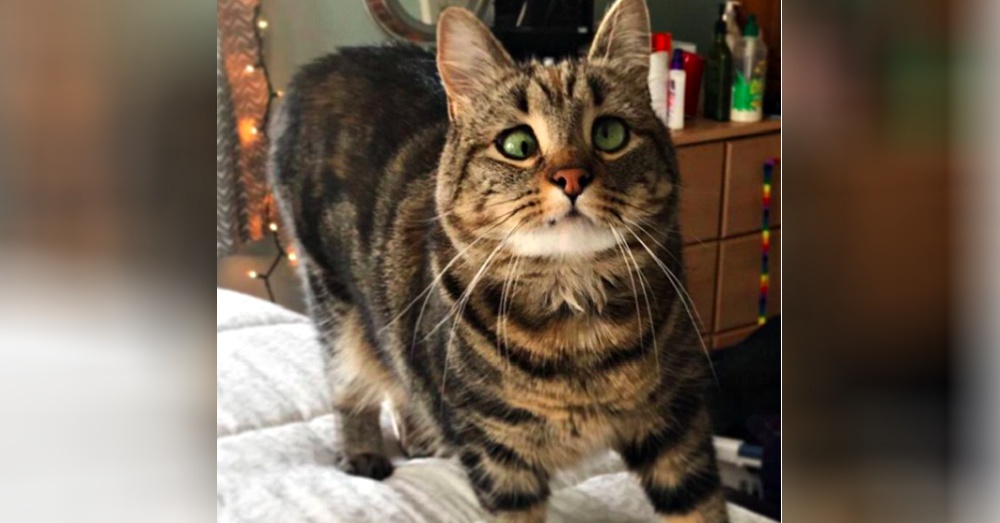 “Olive was alone and covered in tree sap and very sick when she was found,” Michelle explained. “After a lot of baths and medication, she was finally well enough to come live with me.”

Michelle says that Olive is just like any other cats, and her unique appearance doesn’t bother the cat or the people who know and love her. In fact, the crossed eyes make for hilarious and eerily human-like facial expressions that never fail to lift people’s spirits. 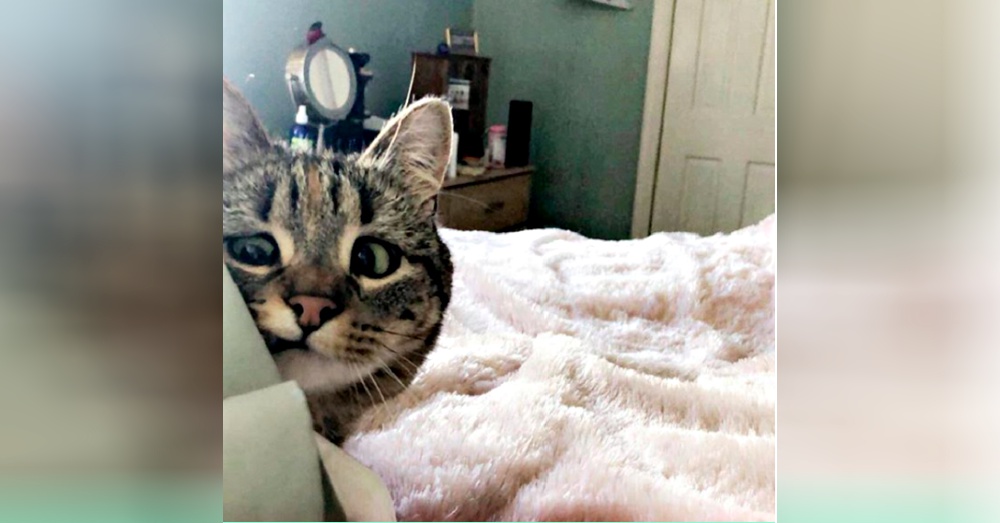 “Despite her eyes, she can see well but she does have a bit of an underdeveloped jaw which causes her overbite,” said Michelle, adding, “She can be shy, but loves to burrow under blankets.” 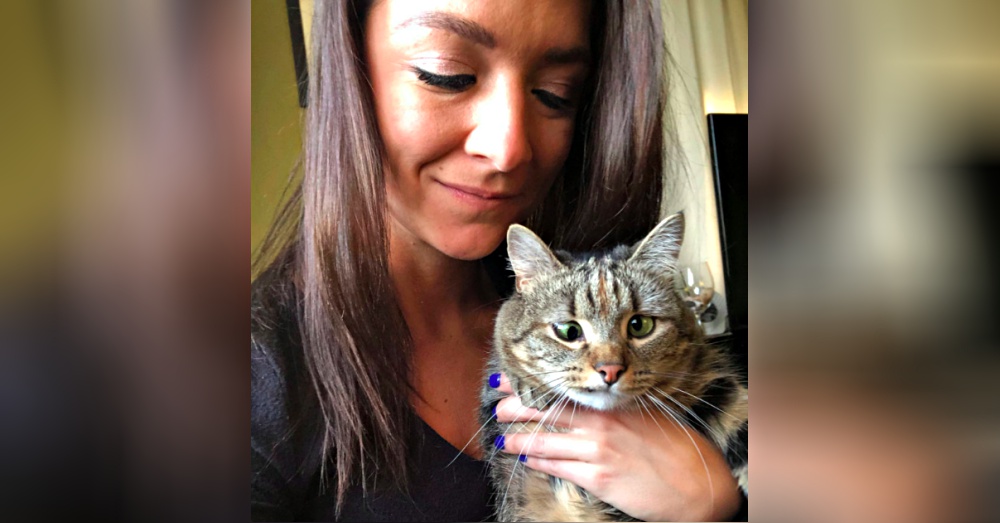 Olive spends her days snuggling with Michelle and posing for pictures to entertain her thousands of fans online. We’ve seen our fair share of famous cats online from Grumpy Cat to Maru, but Olive’s got a whole new look that sets her apart from the rest. She’s just too adorable, isn’t she? 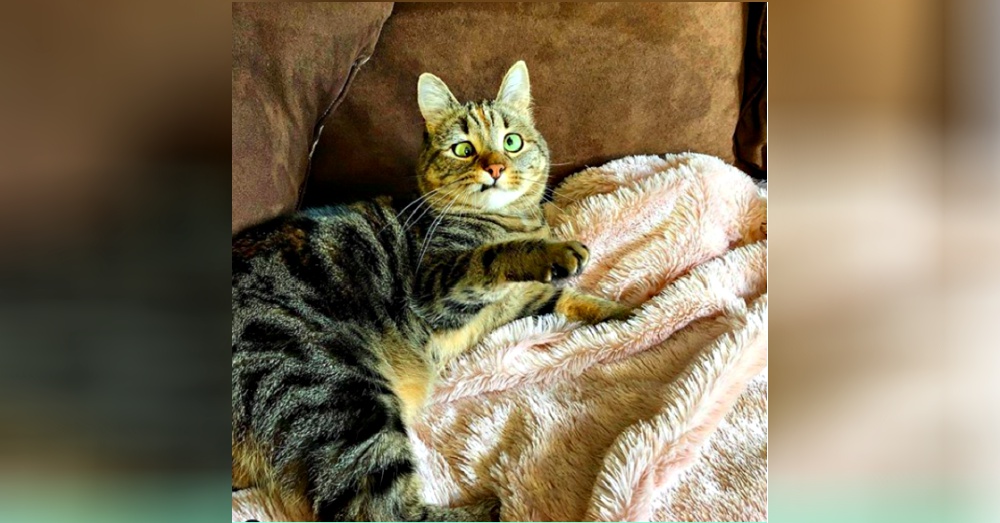 Olive is the perfect example of how what we perceive as a “flaw” might actually be the thing that sets us apart and makes us truly unique. We wouldn’t change this sweet kitty’s face for anything!

Bring a smile to someone’s face by sharing this sweet rescue story today.