No One Can Resist A Corgi Belly Rub — Even Runners Trying To Win Race.

Runners in the Crescent City Classic 10k race in New Orleans, Louisiana, couldn’t resist slowing their pace when they spotted one of the cutest cheerleaders ever on the sidelines. A man named Colin was there that day to support members of his gym who were running in the race, and since it was a beautiful sunny day he brought along his dog Max. 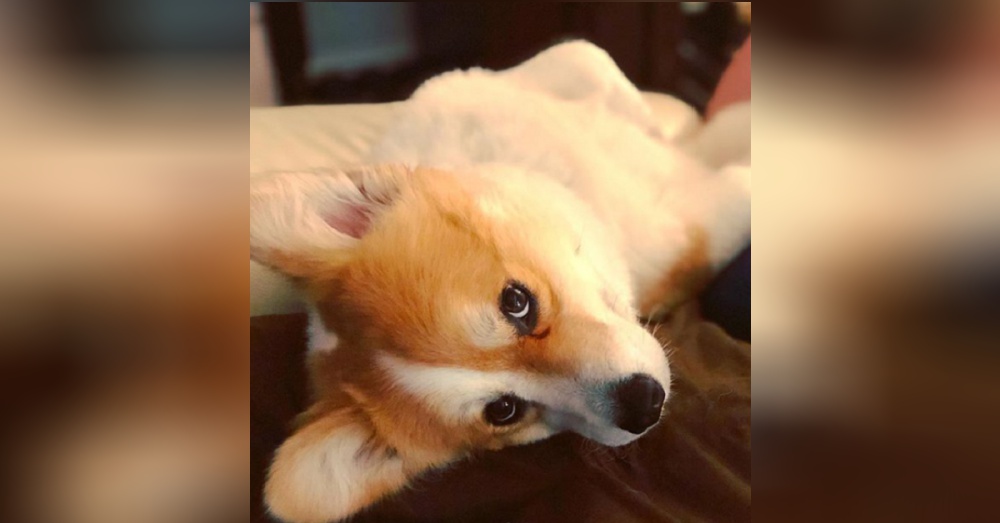 As you can see, Max is a Pembroke Welsh corgi who just happens to be flat-out adorable. With his mouse-like ears and big brown eyes, you can see why it would be hard to just keep running by without stopping for a pet or two. Plus, if you think Max’s face is cute, check out that furry belly of his! 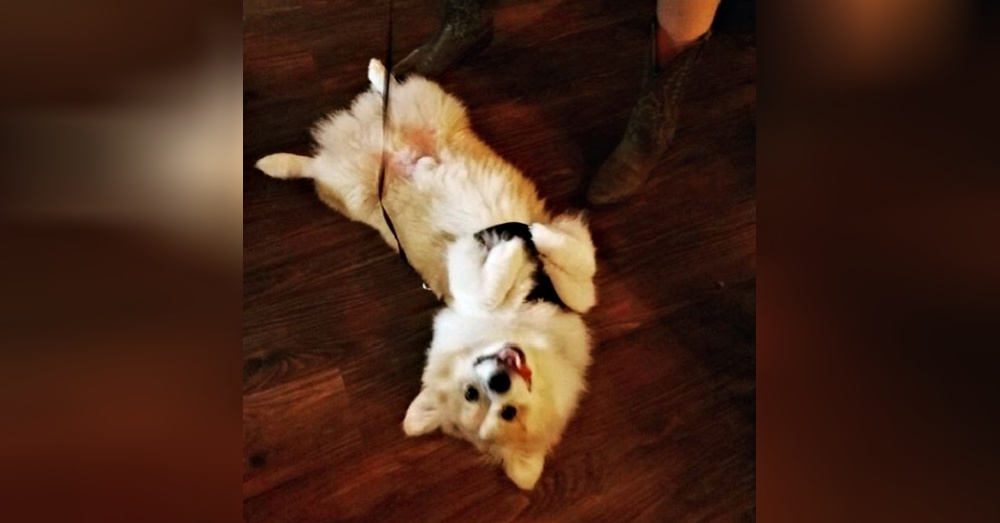 Seriously, doesn’t that belly make you want to stick your hand in there and rub vigorously? He’s just such a cute little chunk of love!

Towards the end of the race, Colin noticed that Max seemed a little tuckered out, so he picked up his dog to watch the end of the event. Incredibly (or should we say naturally?), runners spotted the dog’s belly just begging for belly-rubs and made a beeline towards him, shaving precious seconds from their finish time in the process. 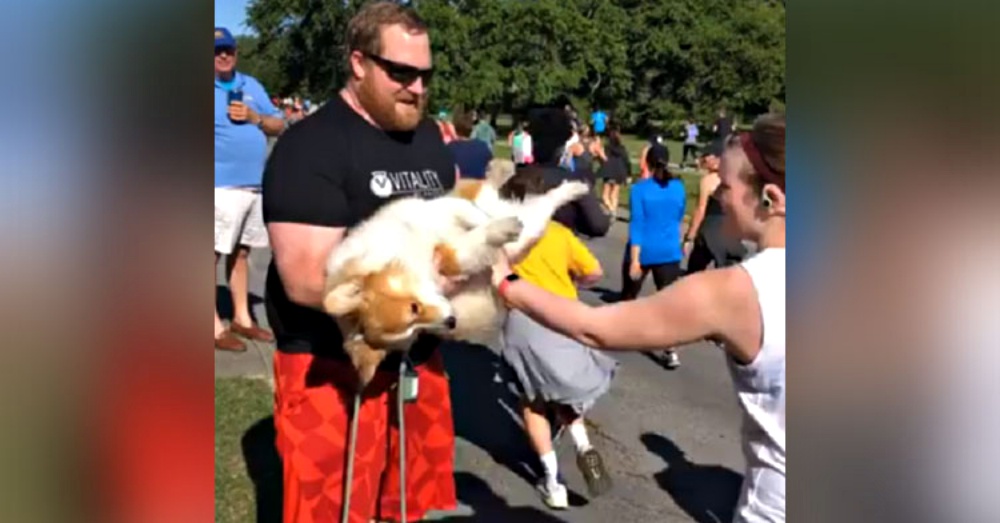 Colin stood there grinning as he realized what was happening. It was as if the dog was a magnet that drew in the runners one by one! No one could resist the allure of that fuzzy tummy.

Colin’s friend Mary Jacobs was there with him that day, and she shot a quick video of the runners giving Max some love. After Colin shared the video online, he was shocked but very happy to see it go viral, hitting the front page of Reddit and giving everyone a serious corgi crush.

“The entire time, he got belly pets,” Mary said. “It was funny to see people basically add seconds to their final times just for a pet!” 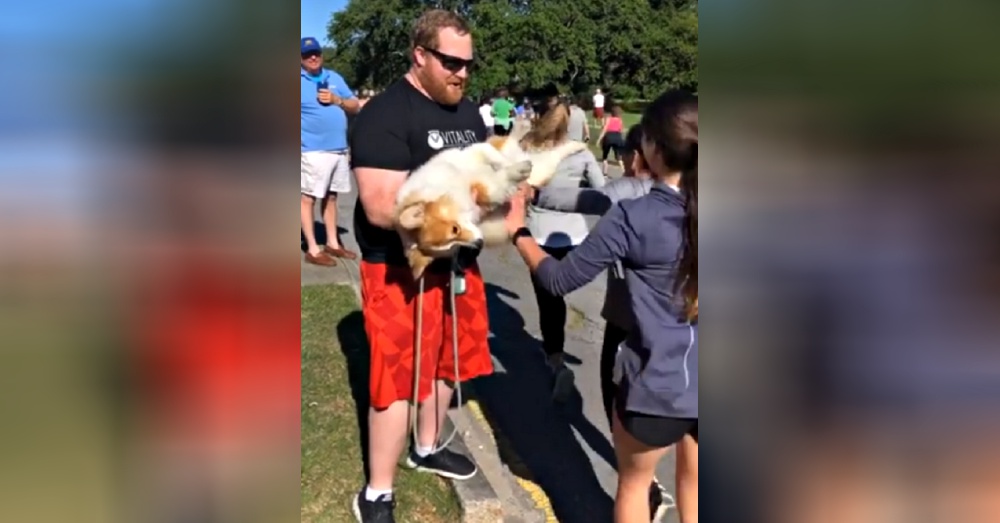 As far as road hazards go this one takes the cake! We’d definitely lose a few seconds of running time to get some puppy love on the sidelines. Max truly is the greatest cheerleader you could ever hope for.

Watch the runners paying a “corgi tax” at the end of the race in the video below, and don’t forget to share.

Florida Man Takes His Blind Dog On 1,100-Mile Hike Across The State: Click “Next” below!