If you were to see an injured animal on the side of the road, what would you do? Would you stop? Call 911? Call Animal Control? It’s a sight many of us (thankfully) don’t have to see, but something that still occurs on a regular basis.

Florida citizen, Patrick Hennessey, was driving into work at 4:30am one morning when he spotted two pit bulls on the side of the road, one of which looked to be injured. He decided to call 911 and thankfully for the dogs, two wonderful sheriffs showed up to save the day. 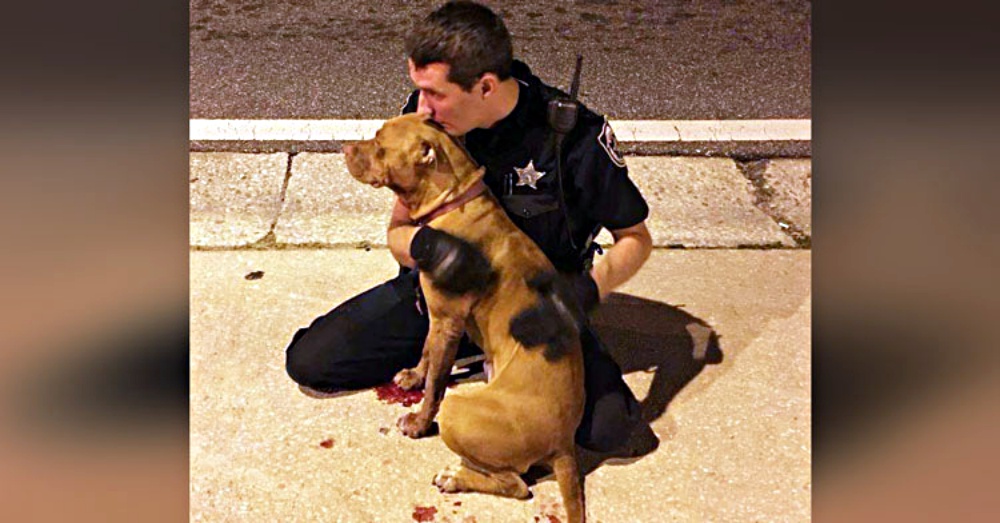 Officers Boggs and Reed arrived at the scene where they found two pit bulls. One was badly injured while the other stayed by her buddy’s side, refusing to leave her alone. The officers eventually got the pups to warm up to them and got them out of the road.

It appeared as though the injured dog had been hit by a car and had a large gash in her leg. The officers and Patrick worked together to bandage up the dog’s leg, then fed each of them some snacks — which quickly got the dogs to progress from just “warmed up” to full-on friends. 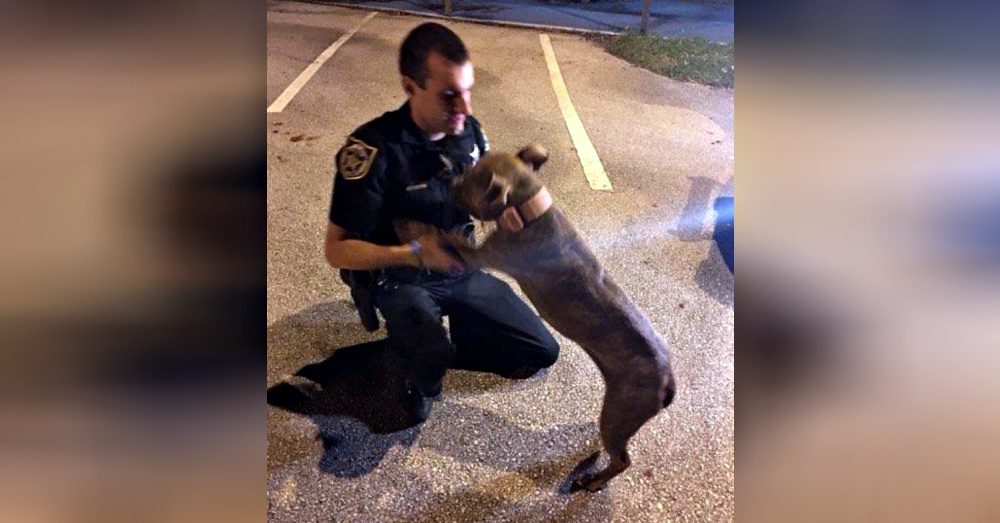 The officers didn’t leave the dogs’ sides until Animal Services arrived. They ensured the pups were safe and would be well taken care of before handing them off and saying goodbye.

After some rest and TLC, the injured dog was back on her feet and Boggs and Reed made their way to visit her and her friend once more. As soon as they arrived, the dogs remembered their heroes. They couldn’t stop loving on them! 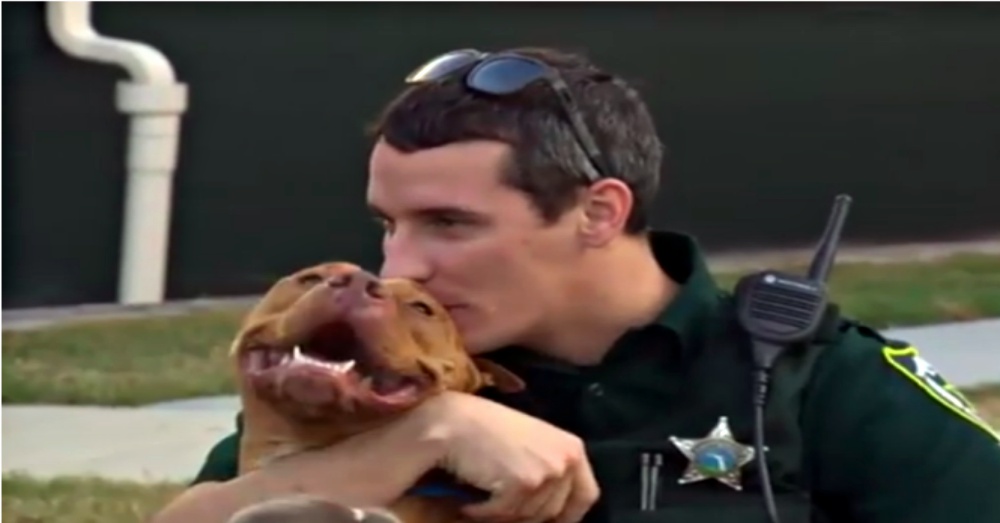 People from all over praised the officers for their kindness and compassion towards the dogs – particularly those who know how misunderstood the pit bull breed can be. Reed and Boggs were just glad they were able to help and see a happy ending for the sweet dogs. 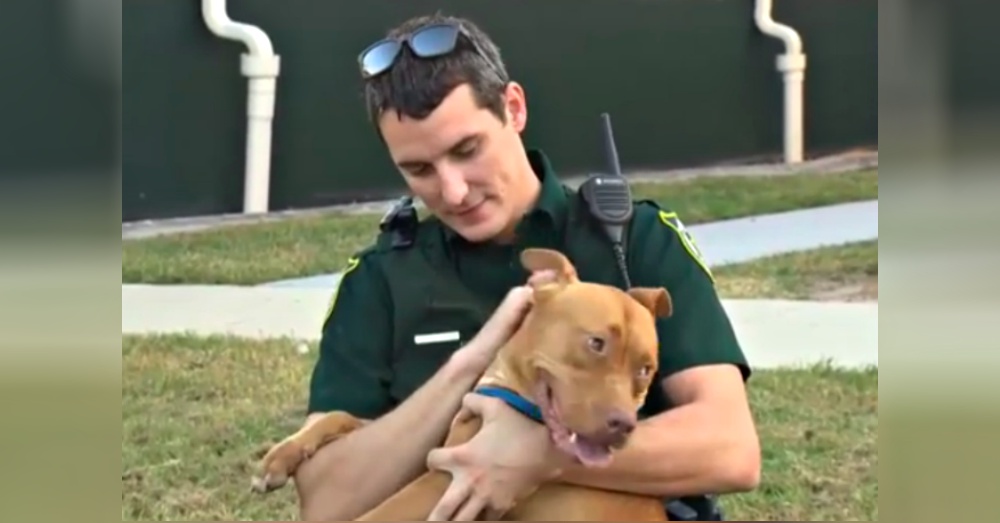 Watch the officers’ reunion with the dogs in the video below & be sure to share this sweet story with your friends!

Over 140 Dogs Found Inside Multimillion-Dollar California Home Living In Squalor: Click “Next” below!