When an employee arrived for work at the Georgia Welcome Center in Hartwell recently, she noticed a trash bag next to a garbage bin and figured someone either had bad aim or it simply fell out. But when she picked it up to toss it, she heard a series of plaintive cries.

The bag wasn’t filled with fast-food wrappers or other road trip debris. She couldn’t believe her eyes when she peered inside and found a pair of dark, frightened eyes gazing back up at her. 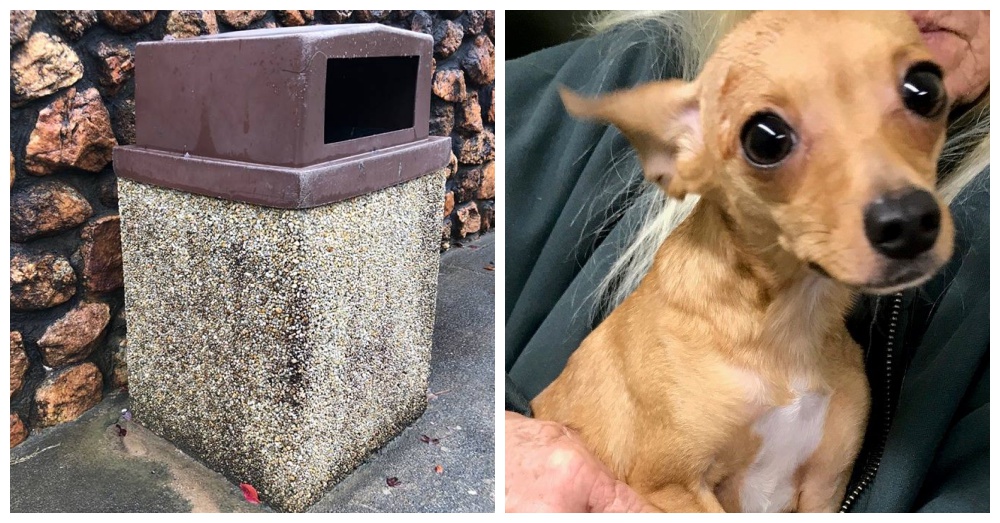 Officials are still looking for whoever put this sweet, cream-colored Chihuahua out next to the bin like trash, although the lack of security cameras at the center makes it unlikely. It’s also not known how long the dog, now known as Caroline, was trapped there. All the woman who found her knew was that she was freezing, wet, hungry, and incredibly frightened — and something had to be done. 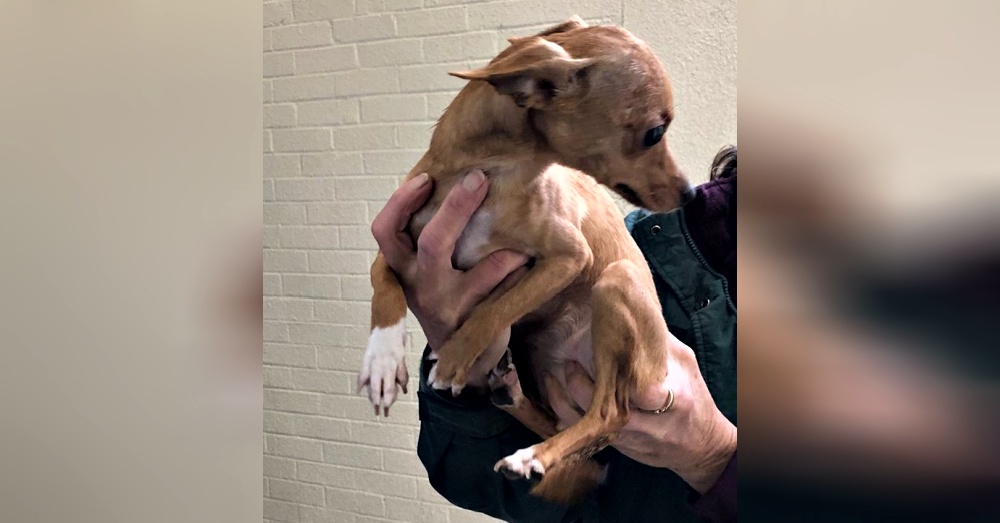 Fortunately, one of her co-workers had done some volunteer work with a local animal rescue group, Hart County Animal Rescue. A volunteer took Caroline to a nearby animal hospital for a wellness check, where her age was estimated at about 1 year. She weighed in at just six pounds.

But despite her ordeal, she was deemed to be in reasonably good health and after just one overnight stay, the rescue’s director, Judy Partain, scooped her up and brought her home. Nothing like some good ole TLC to lift the spirits, right?

And that’s exactly what happened: Animals have an incredible capacity to forgive and even forget former abuse they’ve suffered, especially when they’re suddenly lavished with love and praise. 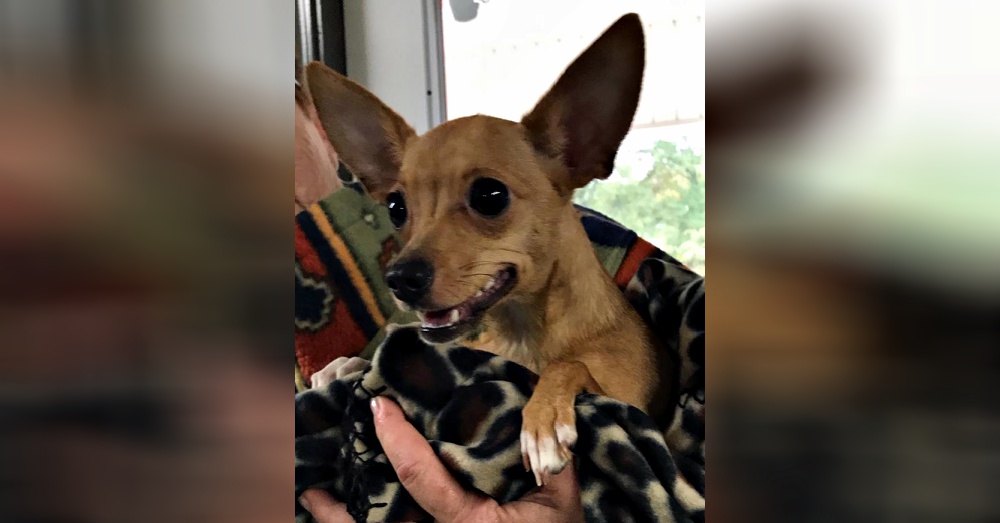 Once in her new digs, Caroline immediately took full advantage of her new lease on life and set out to befriend some of Judy’s other rescues! Just look at her expression now that she knows she’s safe and sound.

“She is sweet and smart and last night she found the toys, and went and got I don’t know how many and buried them in my bedroom … I had one other (rescue) who didn’t like her, but she’s bound and determined to be friends with that dog. It’s like she’s been here forever … She’s just amazing.”

Caroline’s sad story touched countless hearts, and while she was still in the rescue’s care, she dutifully received her fans and visitors. Some of them even came bearing gifts, like representatives from Nestle Purina who donated food. 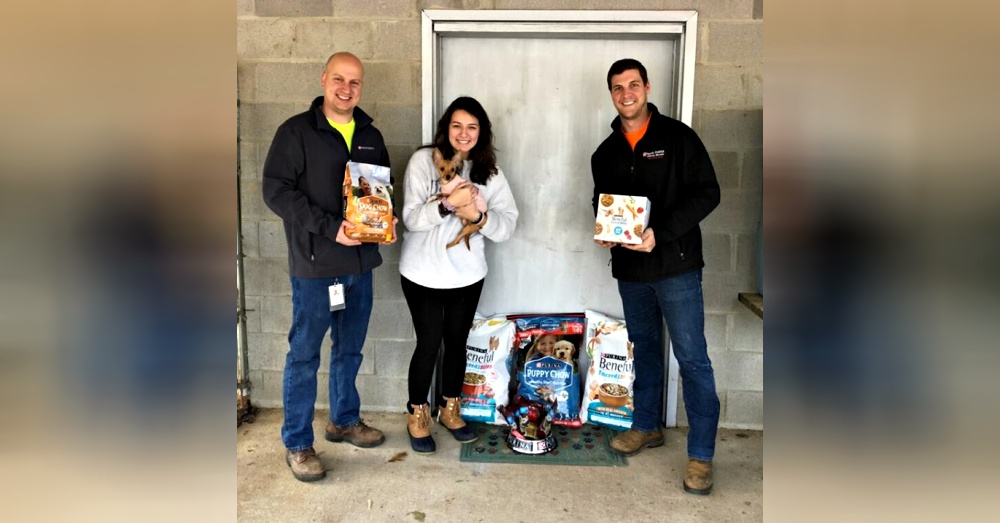 Shame on whoever put sweet Caroline in her predicament, but she’s surely better off now than she was before she was bagged and placed next to the garbage bin! In an update posted earlier this month, Hart County Animal Rescue wrote that she’s found the perfect home and “she will never have to suffer any kind of abuse again.” 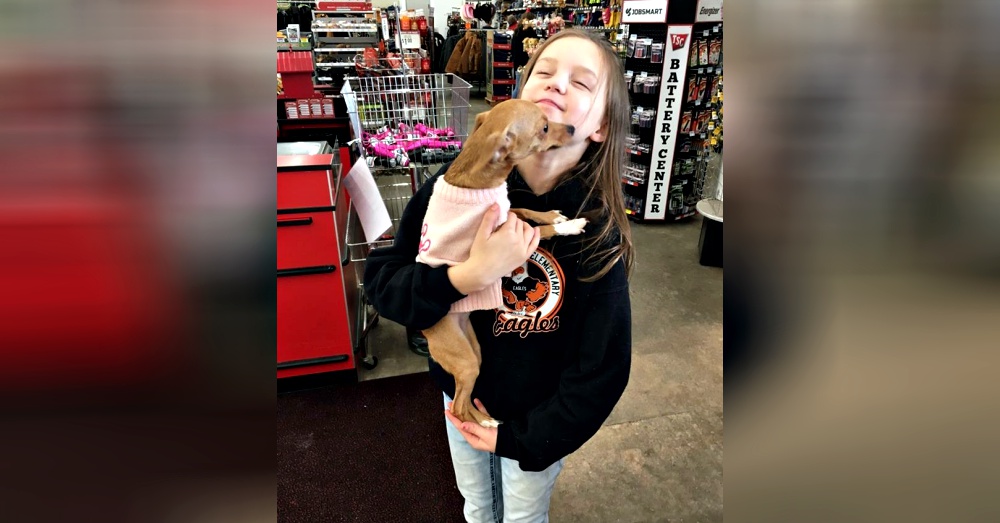